Many people think of Finland as the land of cold weather, darkness, and many forest trees. However, Ossi Saarinen, a Finnish wildlife photographer, believes that the country is much more than just that, and he shows another surprisingly enchanting side of his motherland through nature photography.

Ossi brings pleasant feelings through his photos of spectacular Finnish nature, especially the untouched forests, that Finnish people are so proud of, covering almost three-quarters of the whole country. And within these peaceful and ancient forests, wild animals roam freely and enjoy their lives at their best.

“I’ve been very passionate and interested in nature, especially wild animals, since I was a little kid,” he said. “Before I even knew how to read, I was carrying a bird book with me everywhere.” 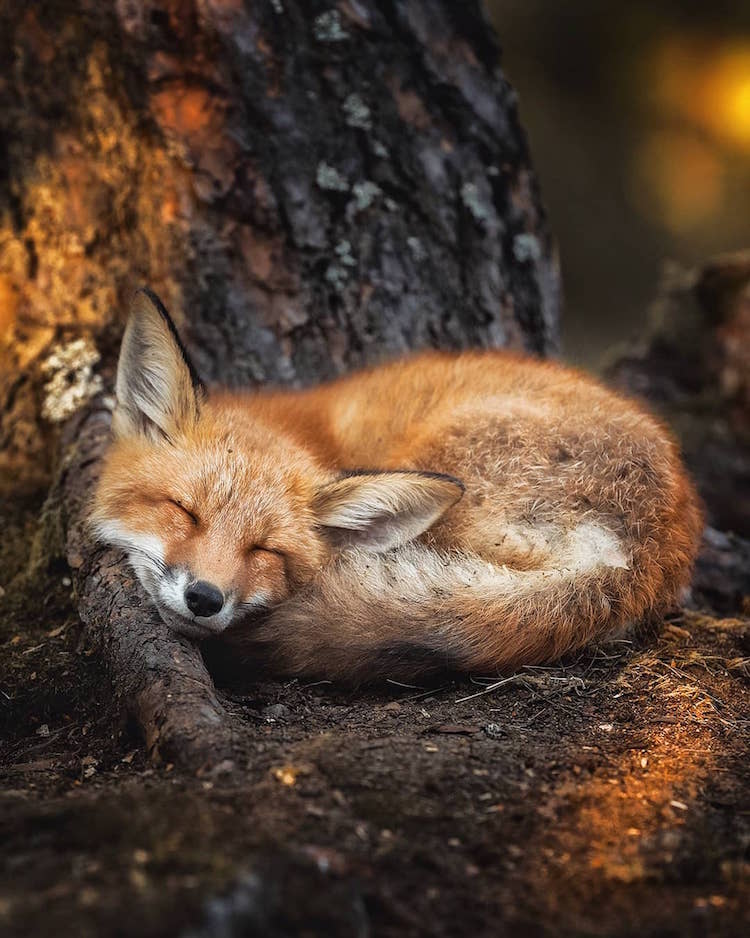 “Until the age of 18, I observed animals only with my bare eyes or binoculars,” Saarinen told Insider. “But when I started doing the same with a camera, I realized that I could also share those beautiful moments that I experience in nature with other people.”

“The challenge of taking a good photo instead of just seeing the animal made the whole thing much more exciting,” he said.

For Saarinen, being with the animals is his priority when he’s taking photos. 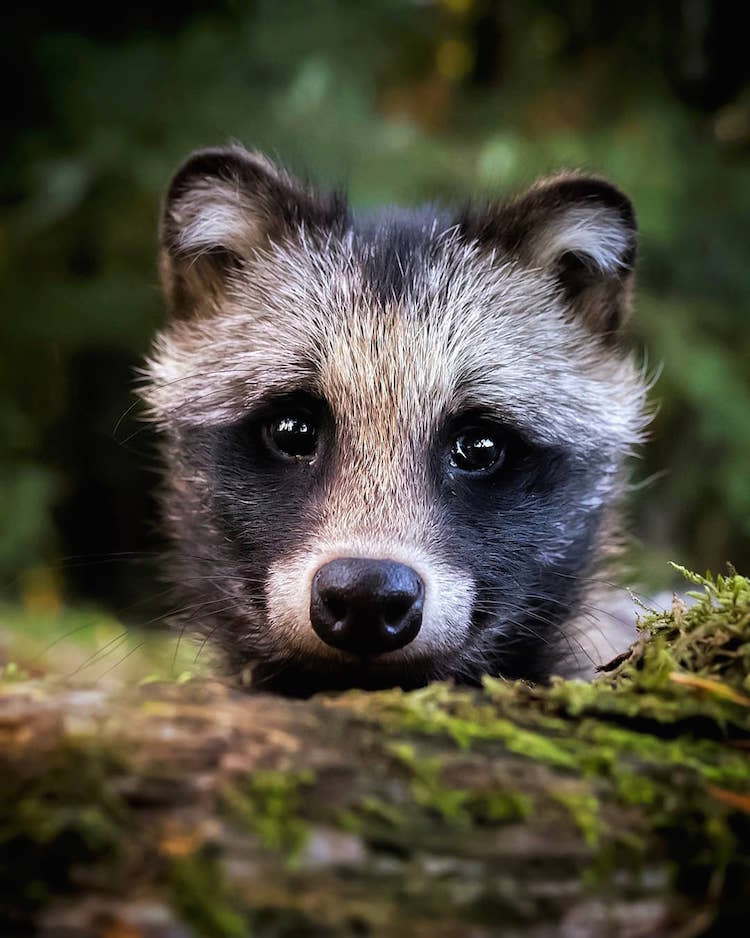 “What I most enjoy about nature photography is still the chance to be in nature in the middle of all the wild animals, observing and following their daily life,” he said. “Photographing them comes second.”

As Saarinen got more comfortable with photography, he turned his lens to young animals. 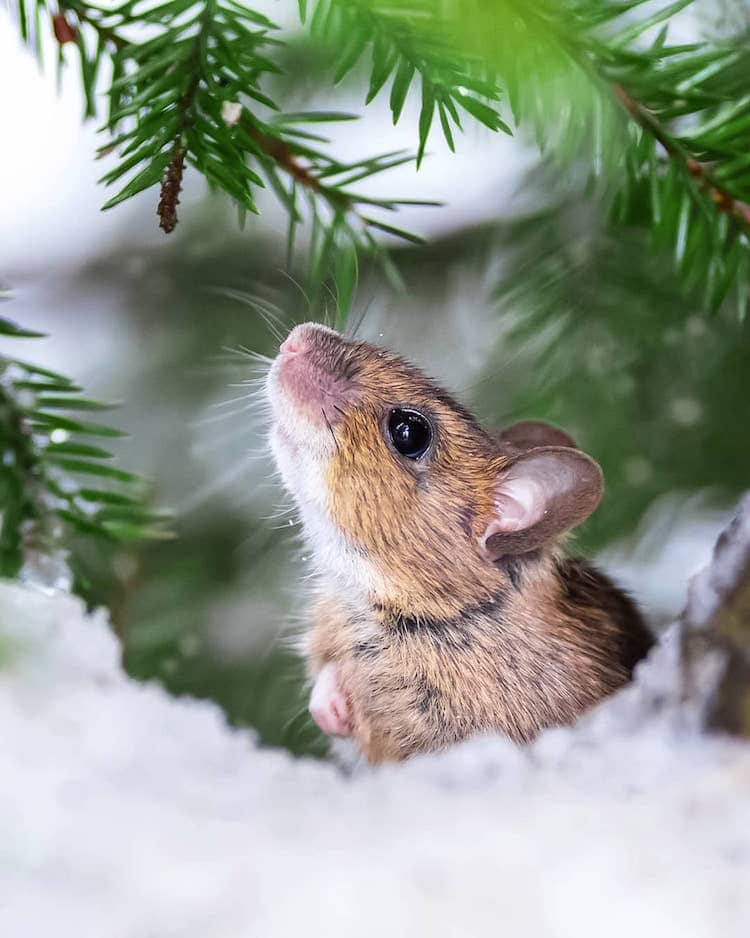 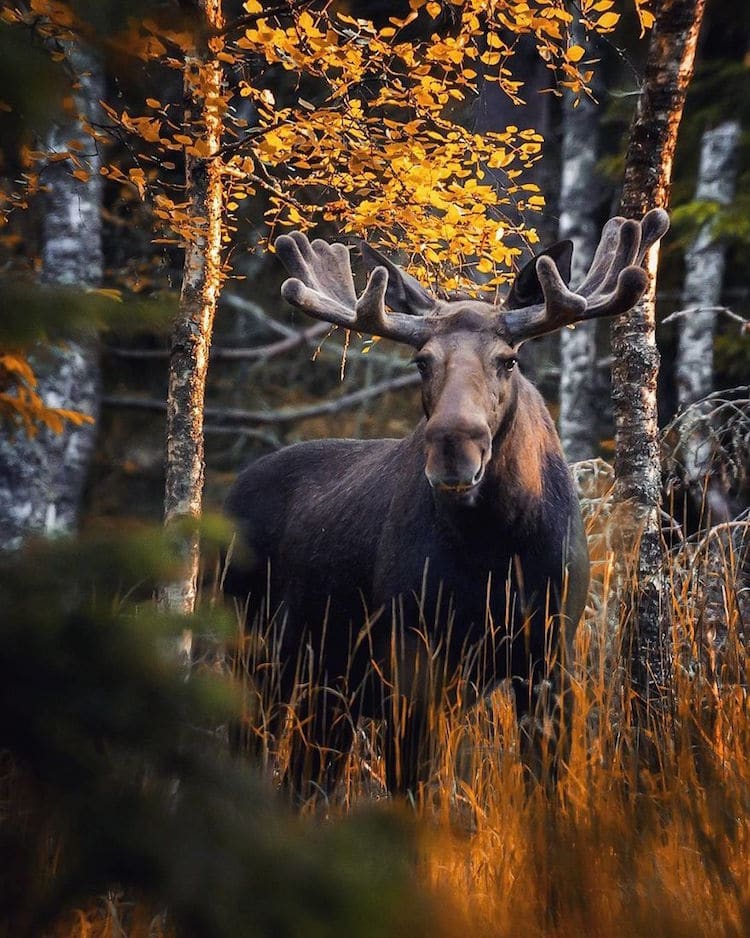 “Probably my first and most memorable encounter with young animals was in May of 2017 when I ran up to some very small and adorable fox kits in the countryside near my parent’s home where I still lived at that time,” he said.

“It was a dream come true and also a moment that made me realize that photographing animals, and especially those young ones, is something I really want to do in the future,” Saarinen added. “After that day, I spent even more time in nature searching and waiting for animals.”

Saarinen has picked up tricks for photographing baby animals through his work. 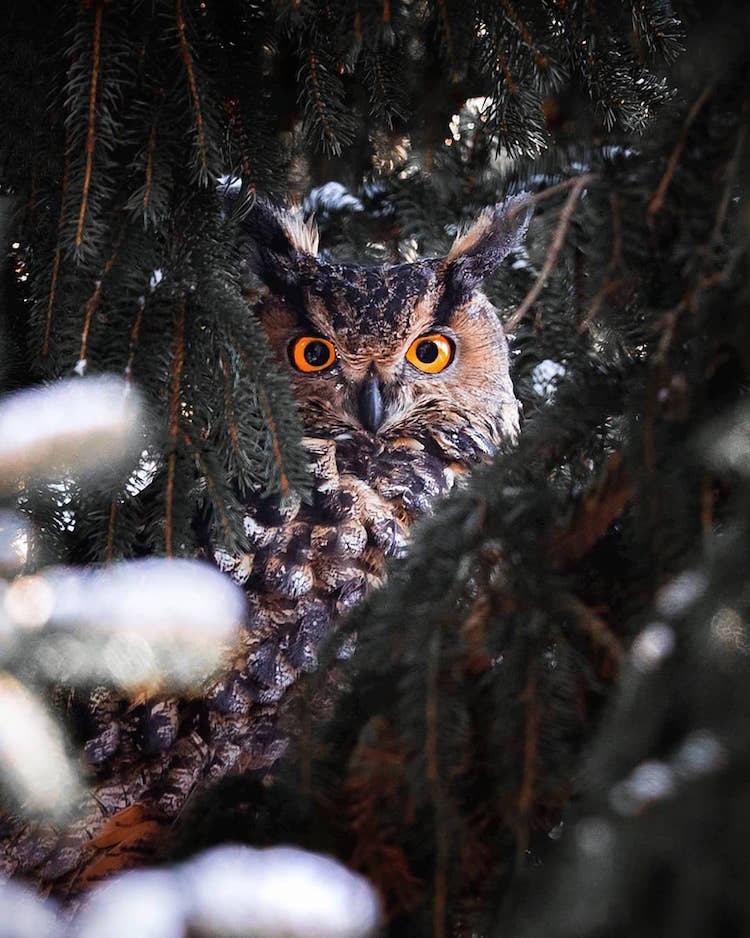 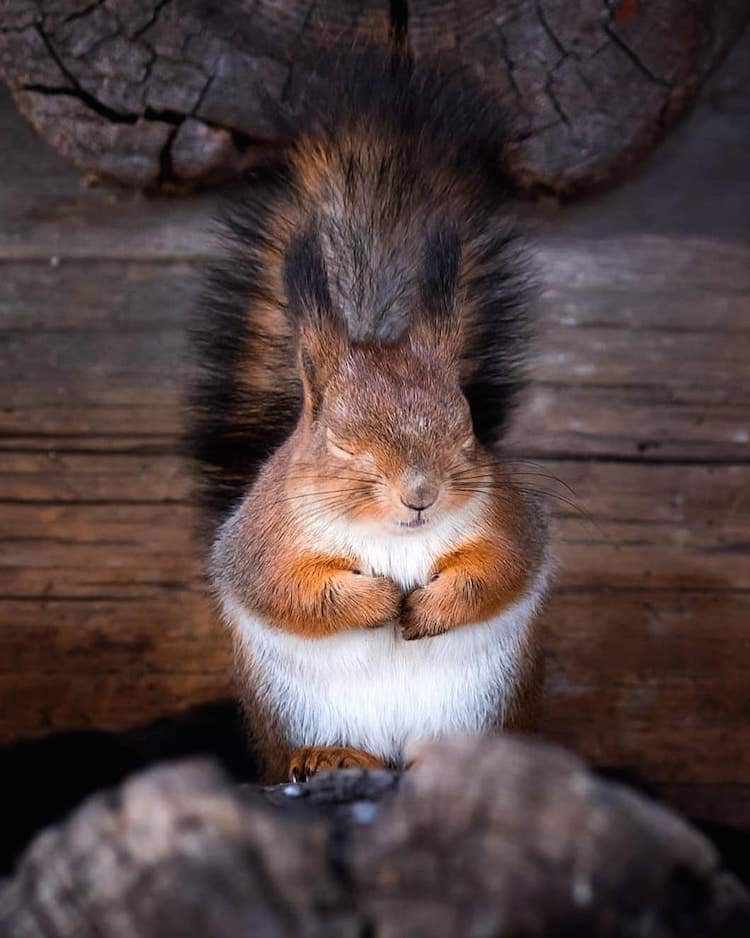 “When looking for young animals, it’s important to find where they have their nest or den,” he said. “It’s easier to find them there every day over a longer period.”

Saarinen takes most of his photos near his house.

Saarinen has to follow animals’ tracks to find them. 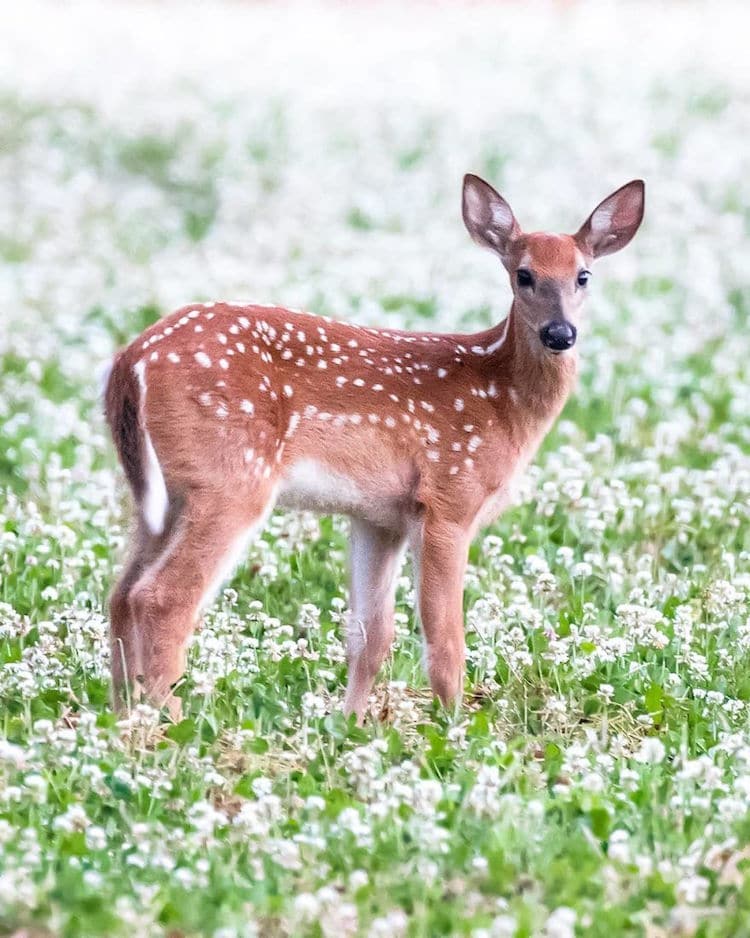 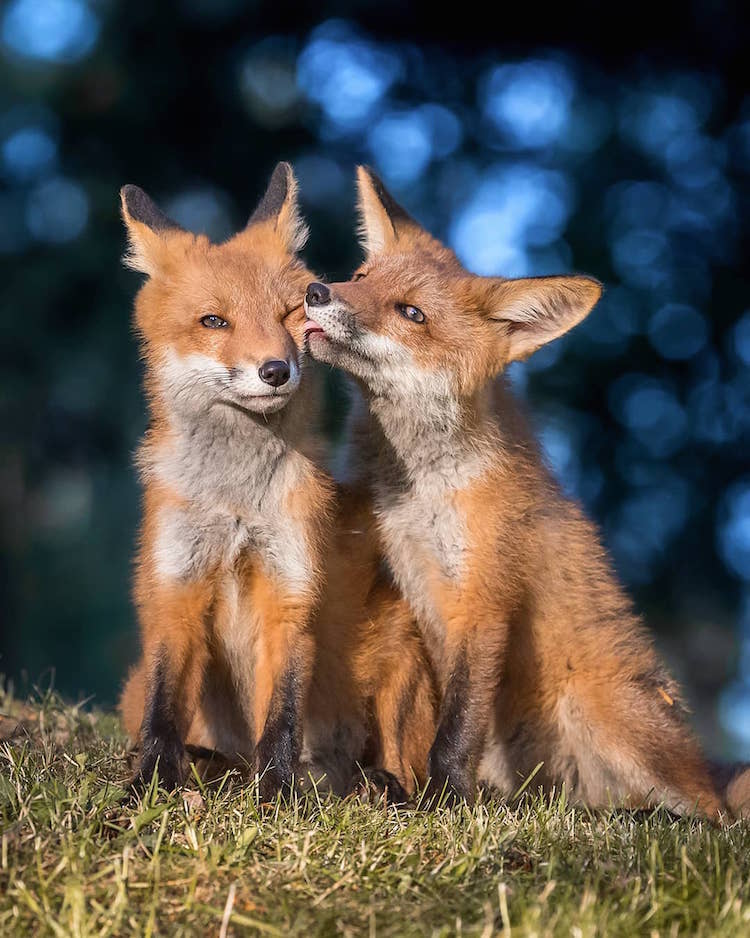 “I walk around the areas near my home looking for different kind of tracks — nesting holes, poop, footprints, etc. — to get an understanding of where they move, and then I come back in the evening or early morning to see if I can spot them,” Saarinen said of how he finds animals to photograph.

“Usually it requires a lot of patience, as you never know when they’re coming out.”

This photo is Saarinen’s favorite he’s ever taken. 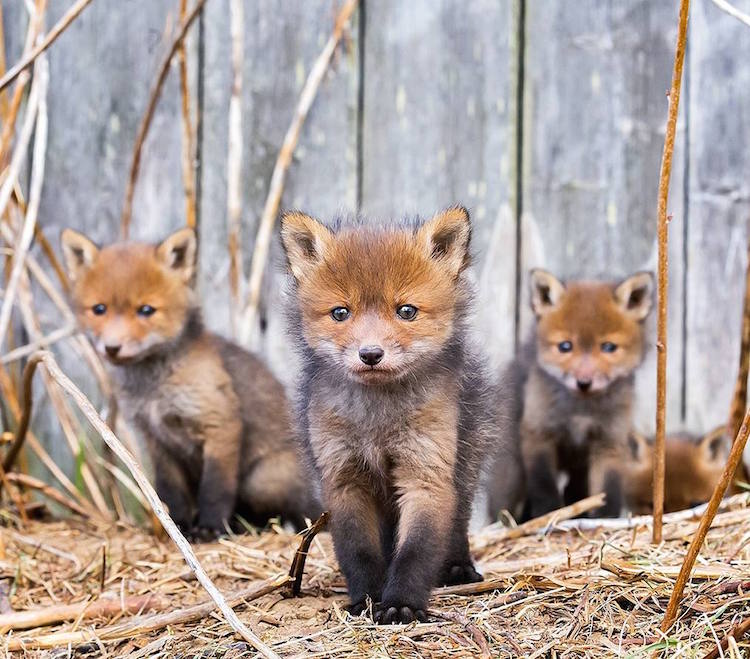 “It’s quite difficult to pick only one, but one of my favorites and the most meaningful for me is probably from the first time I photographed foxes in 2017,” he said.

“In one photo, there are four very small and young fox cubs in the same photo,” he continued. “After thousands of different kinds of fox photos, that’s still my favorite one.”

In fact, finding animals to take photos of is more time-consuming than actually taking pictures. 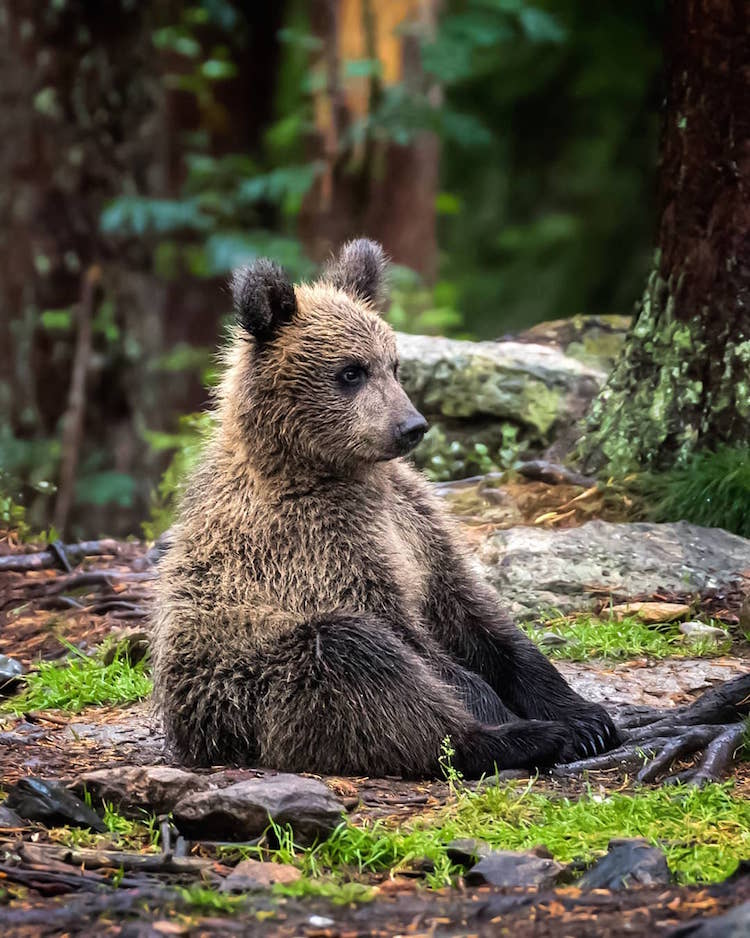 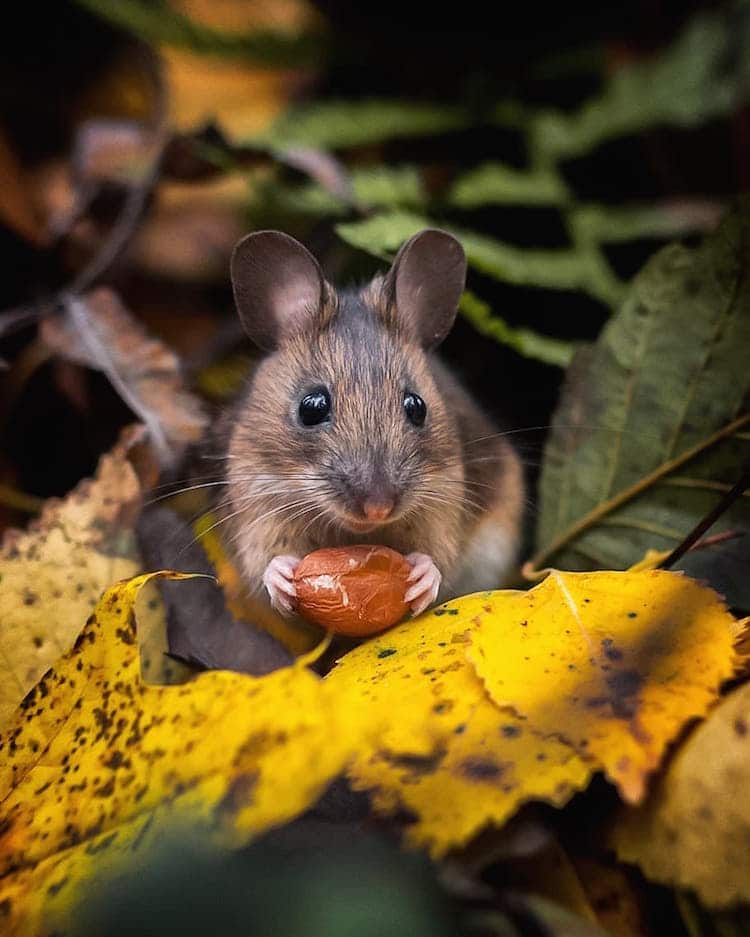 “Around 95% of my time goes toward searching and waiting for the animals, and only 5% to taking photos of them,” he said.

Saarinen also said he does a lot of research on animals before he photographs them. 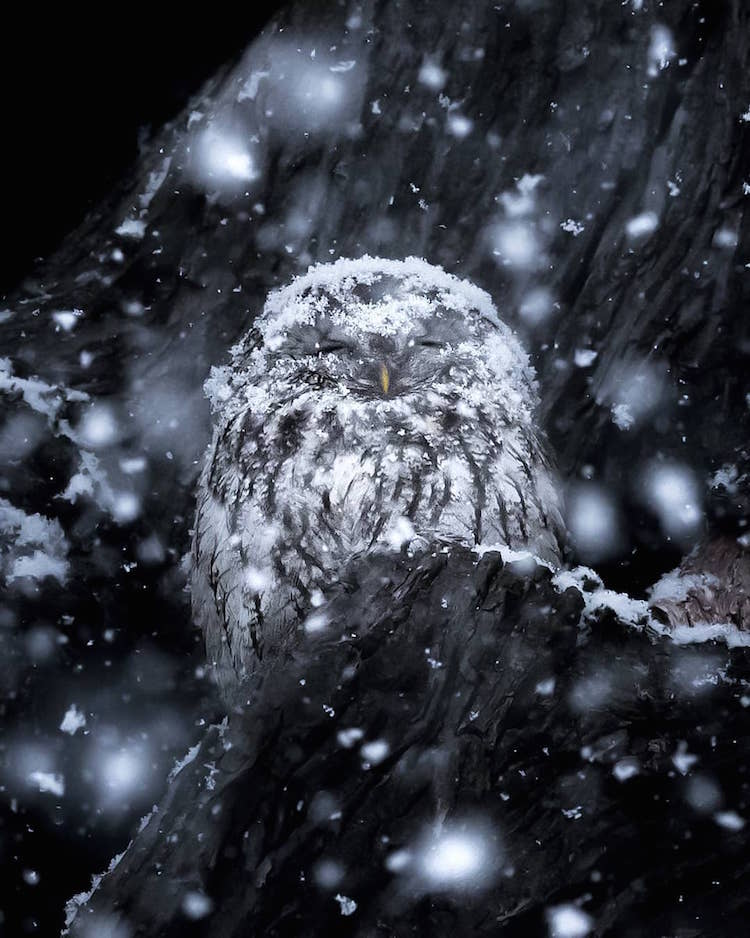 “Photographing each different species requires searching some background information from the internet or books to better understand its behavior, which also helps with finding the animal itself,” he said.

Saarinen has to cater to the animals’ schedules to get the right photos. 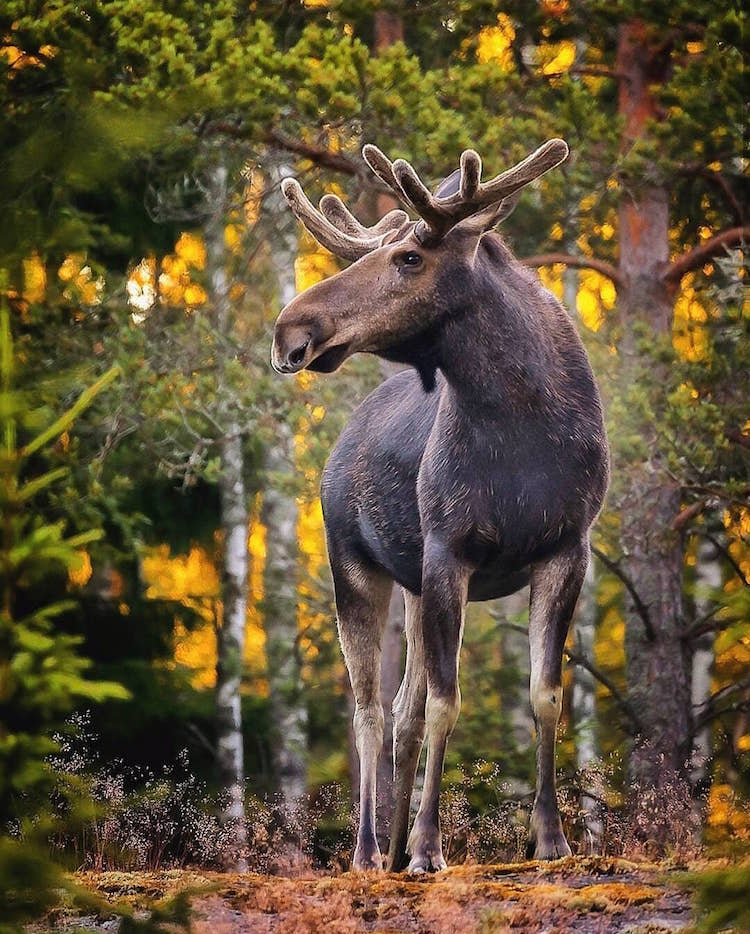 “I photograph almost only in early mornings and late evenings,” Saarinen said. “When the sun rises and gets higher, the animals become less active, the light gets worse for taking interesting photos, and other people start to flock outside.”

“If I want to go out in the morning, I must wake up before sunrise,” he added. “In the summer this often means between 2 to 3 a.m.”

He also takes pictures at night, sometimes sleeping outside to get better photos. 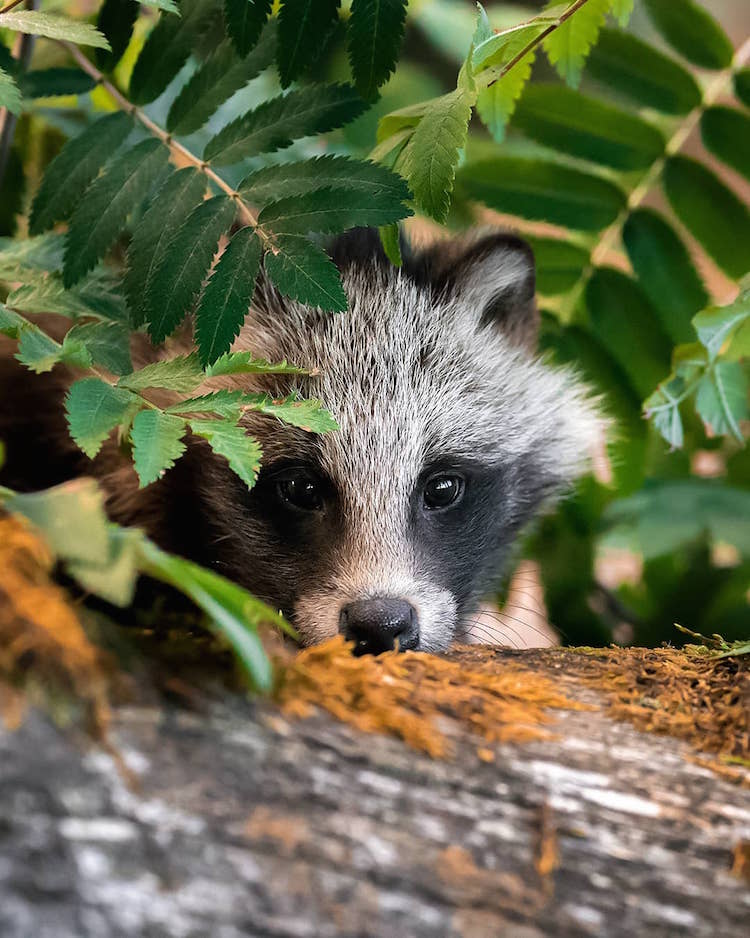 “In the evening, two to three hours before sunset, I go back outside when the animals are getting active again,” he told Insider.

Saarinen said he will “often spend the night in the woods in a sleeping bag” if he’s far from home.

Patience and the ability to be quiet are two of Saarinen’s most important skills. 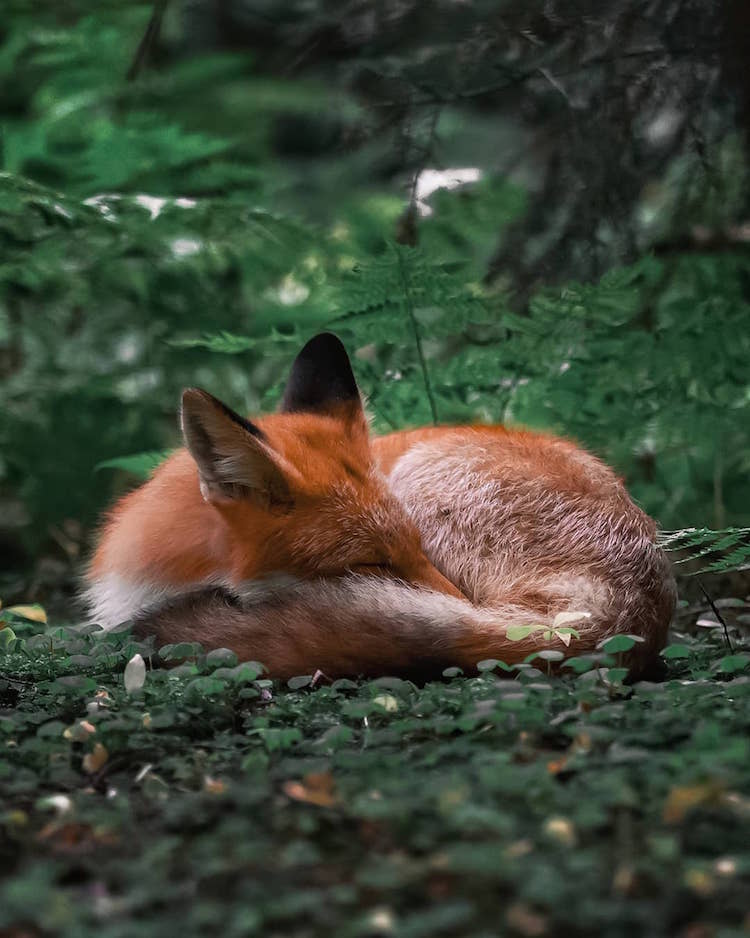 “When I find the animals, it’s important to stay as still and quiet as possible, as wild animals are usually very shy, especially the young ones,” he said. “Any sudden sound or movement can scare them away for hours.”

“I prefer wearing clothes that fit with the surroundings — usually green and brown colors,” Saarinen gave as an example of how he accommodates the animals. “Sometimes I use a camo-hide or net to hide even better.”

But the tactics Saarinen uses vary from animal to animal. 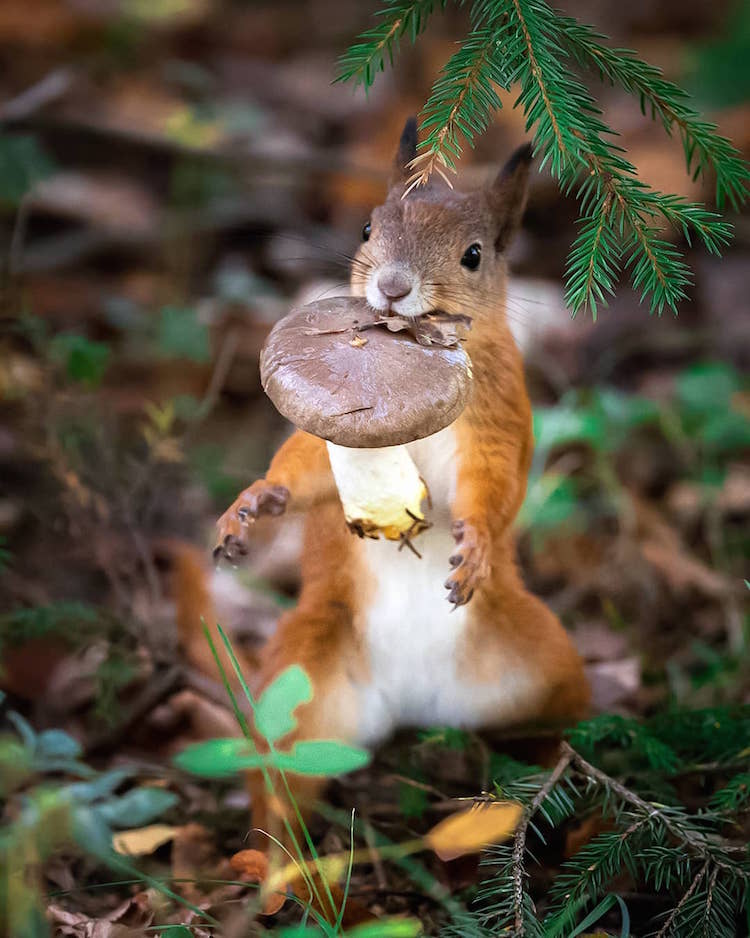 “Some animals are simply more difficult to find as they prefer staying far away from humans, or if they are just rare,” he said. “When I find and try to approach the animals, it really depends on the species, but also on the individual, how they will react.”

“Some species are shy and have very strong senses,” he said, adding that bears are included in this category. “Those can smell, hear, or see humans from a long distance and will run away before one can even see them. Some species — like squirrels and birds — may let humans much closer before escaping.” 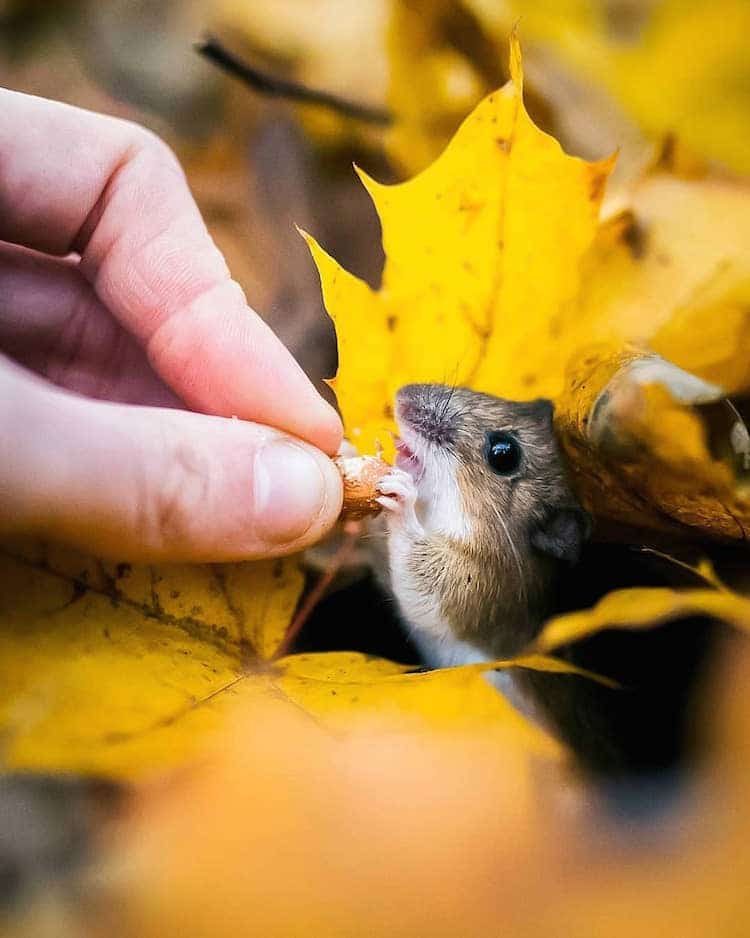 “For example, foxes that live in rural areas are usually very shy and difficult to photograph. But the urban foxes are more used to human presence and are naturally very curious,” Saarinen told Insider.

“In general, all animals in city areas are easier to approach than the ones in the countryside,” he said.

An animal’s traits can make it difficult to capture as well. 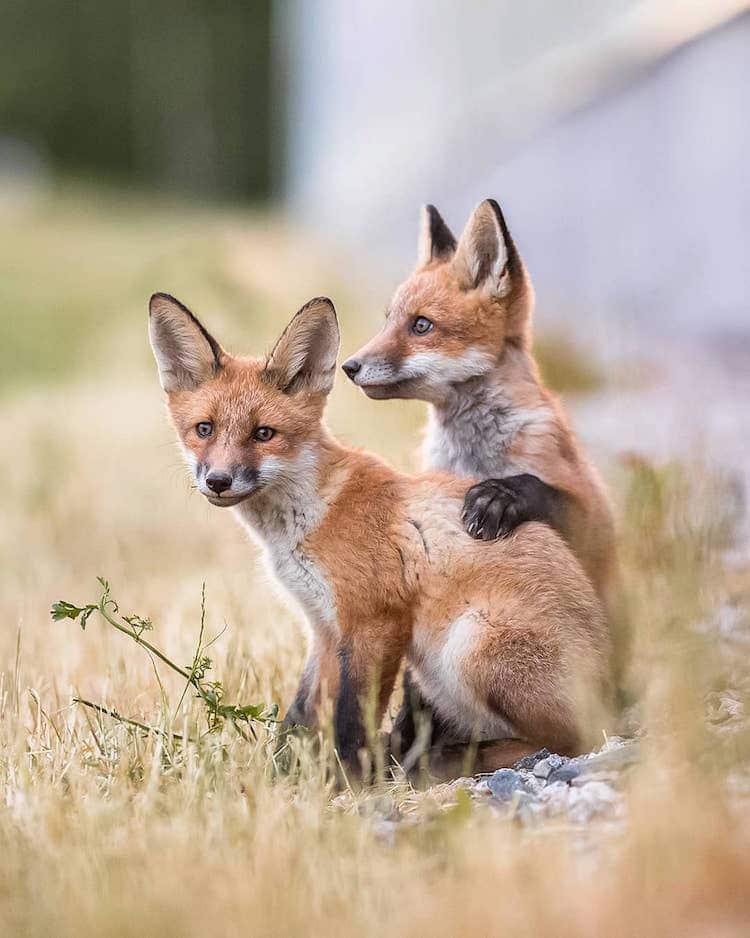 Animals that are small and can move fast are difficult to photograph, according to Saarinen.

Likewise, animals that are well-camouflaged or nocturnal also prove challenging to take pictures of.

Saarinen makes safety his priority when he takes photos of animals. 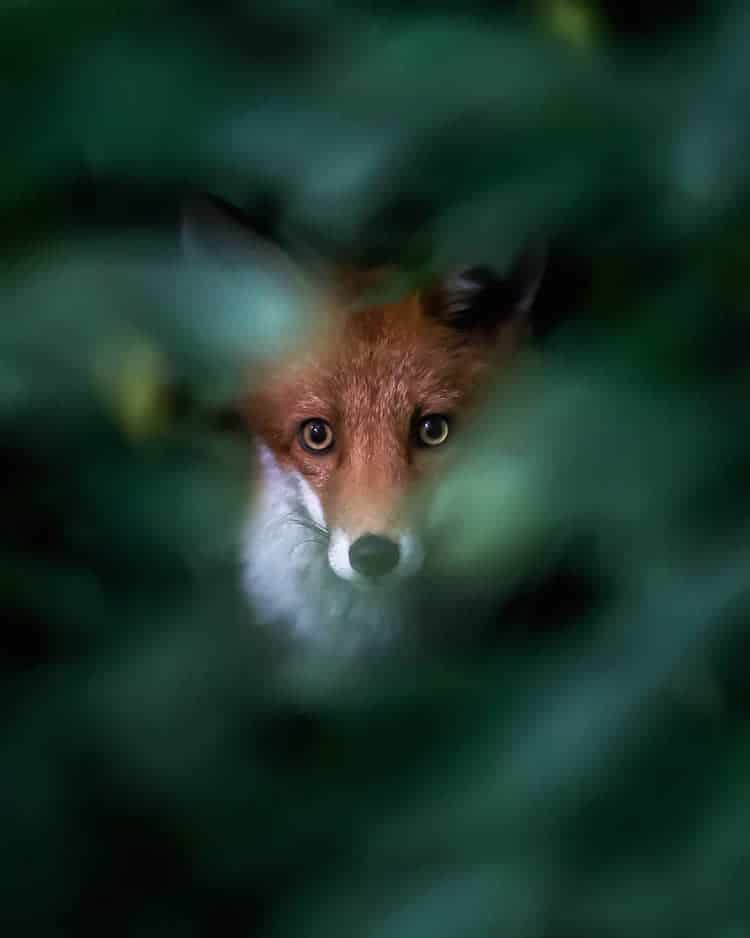 Getting close to the animals he’s photographing is the most difficult aspect of Saarinen’s work.

“Most of them are very shy and will run away if they see humans approaching,” he said of the animals he photographs.

Saarinen said that the majority of the time he ventures outdoors, he doesn’t get good photos.

Plus, the animals don’t stay still often, making it even harder. 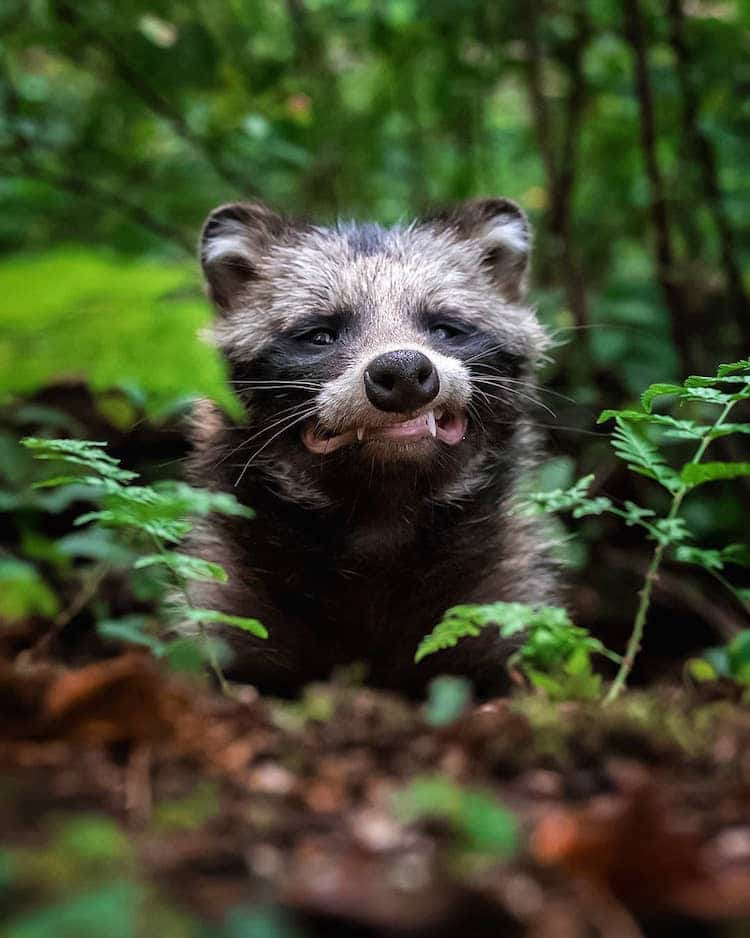 “Even if I find the animal, it’s often difficult to get a photo that I’m really happy with,” Saarinen said. “Less than one out of a hundred photos that I take will ever end up anywhere.”

Saarinen said animals have never gotten aggressive with him. 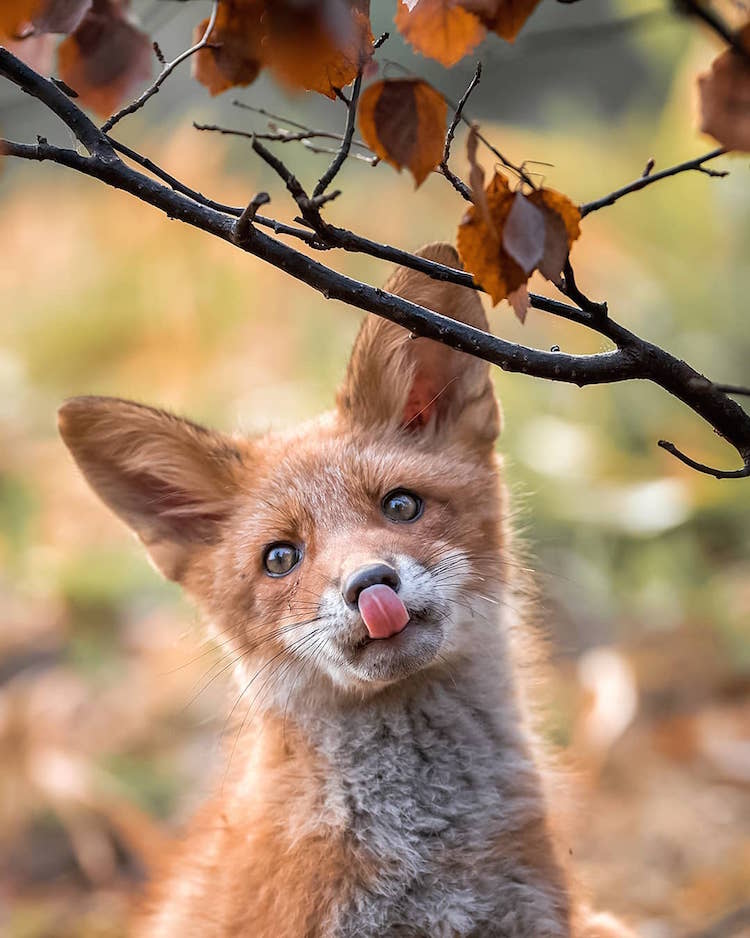 “In general, animals, even the mothers, are very rarely aggressive to humans, as they are too scared of them,” he said.

“I always do my best not to disturb or cause any stress to the parents, so they don’t feel threatened,” he added. “If that happened, I’d back off immediately and make sure not to disturb them again.”

Saarinen wants to protect the animals he photographs. 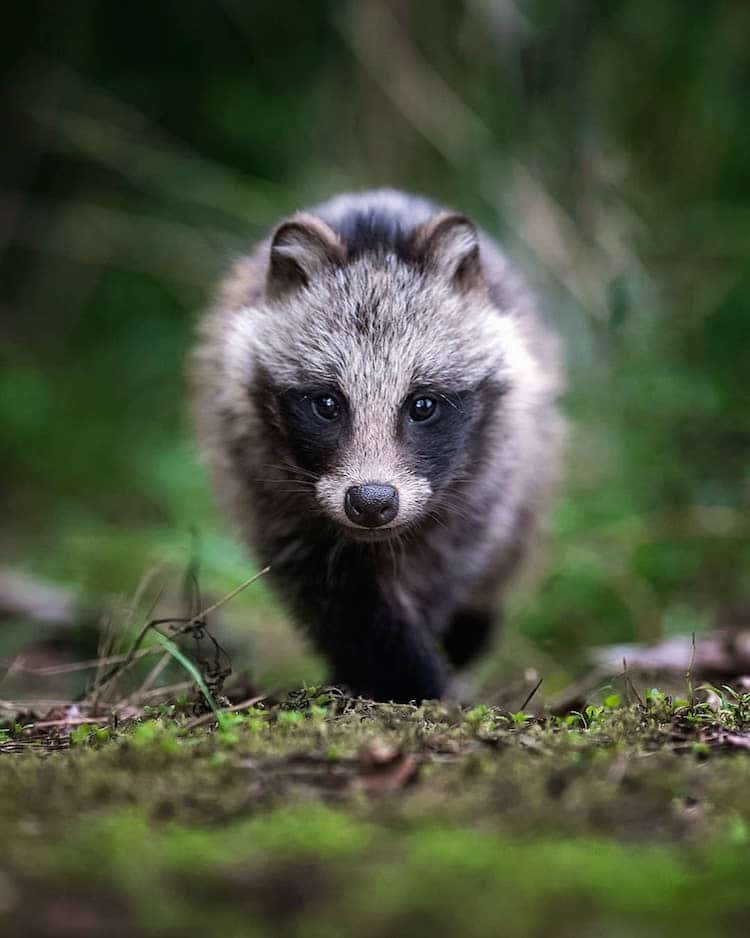 “Many of the animal species I photograph are endangered because of human actions,” he said. “If we want to see and photograph those in the future as well, we need to change the way we live on this planet.”

Saarinen hopes his work will bring awareness to endangered animals. 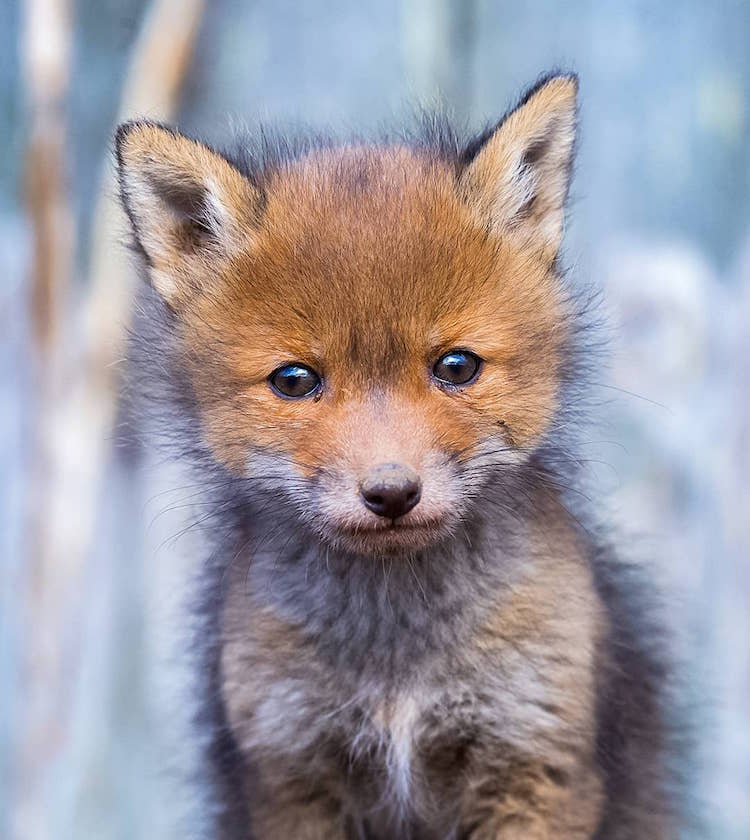 “With my photos, I try to show the beauty of our nature and raise awareness to many environmental issues, and hopefully help protect endangered animal species,” he told Insider. 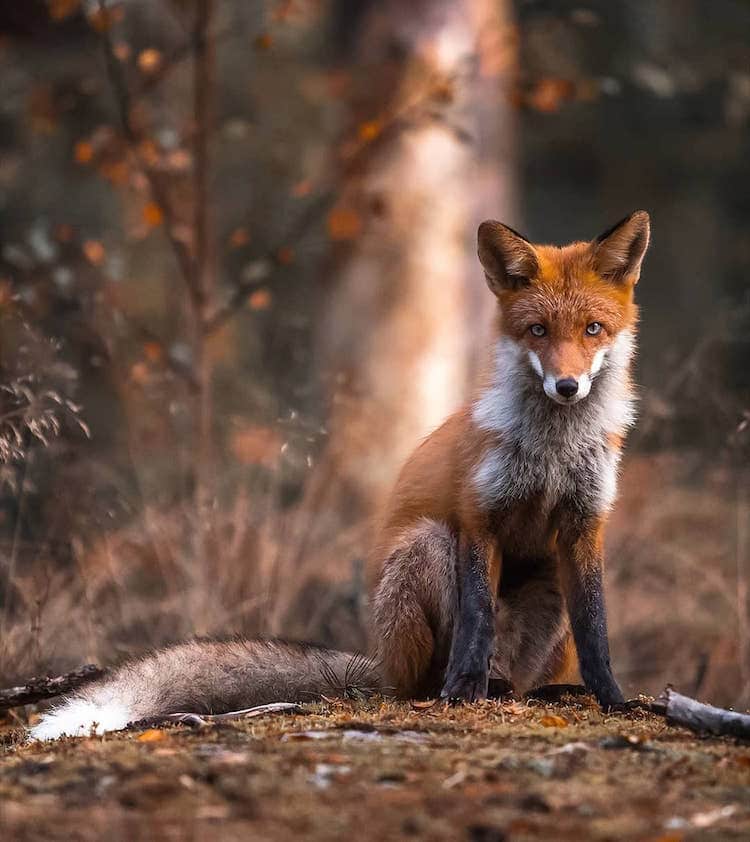 “The most important thing is to go out and spend as much time in nature as possible,” he said. “That way you will learn how it works and where and when to find things to photograph.”

He also emphasized the importance of research. 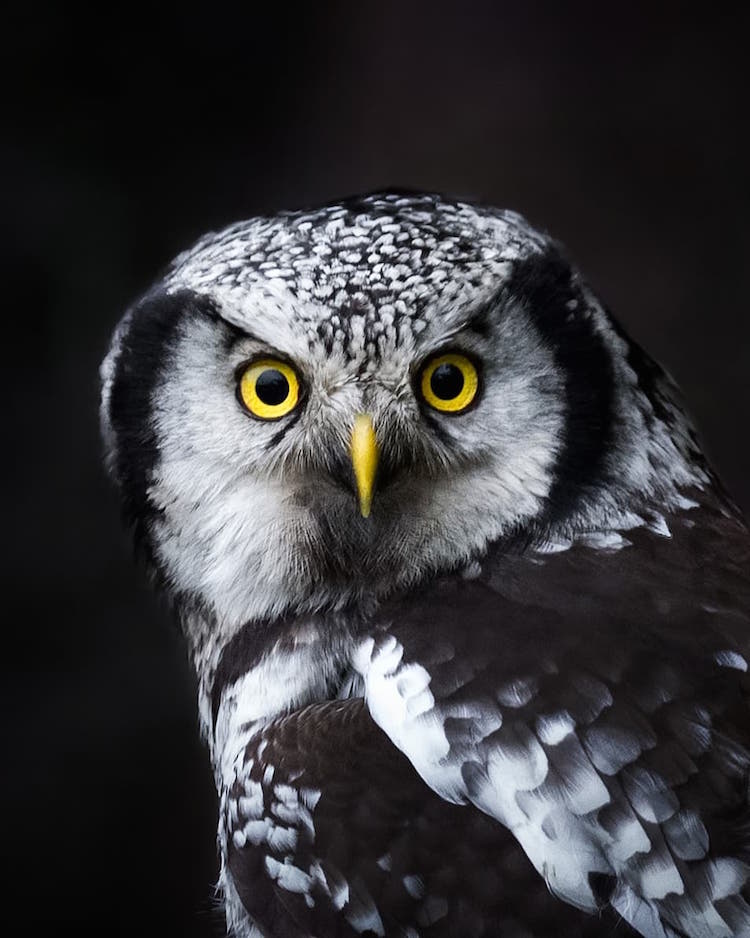 “Find out information about the animals you want to see by reading books or searching online,” he said. “When you know something about the animal and its behavior, it’s much easier to find and photograph it.”

Saarinen also said to take more photos than you think you need. 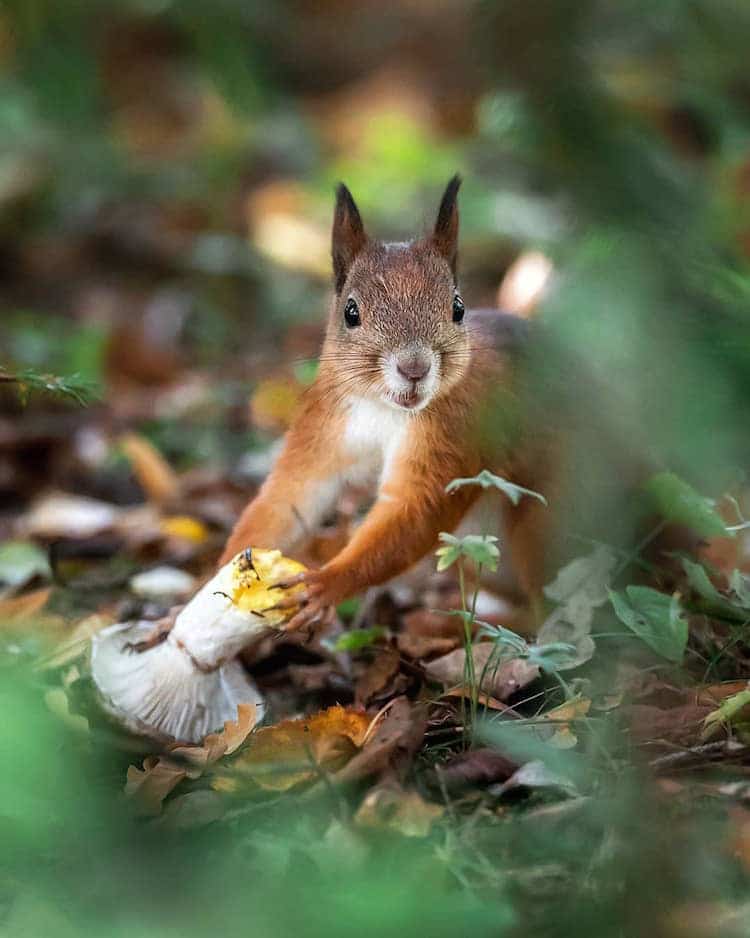 “When photographing wild animals, especially the young ones, it’s very important not to bother them too much,” he said.

“I always put the animal’s welfare first,” he added. “This means not going too close and reading its behavior all the time to know when it’s either scared or relaxed.”

He also has to keep the parents of young animals in mind. 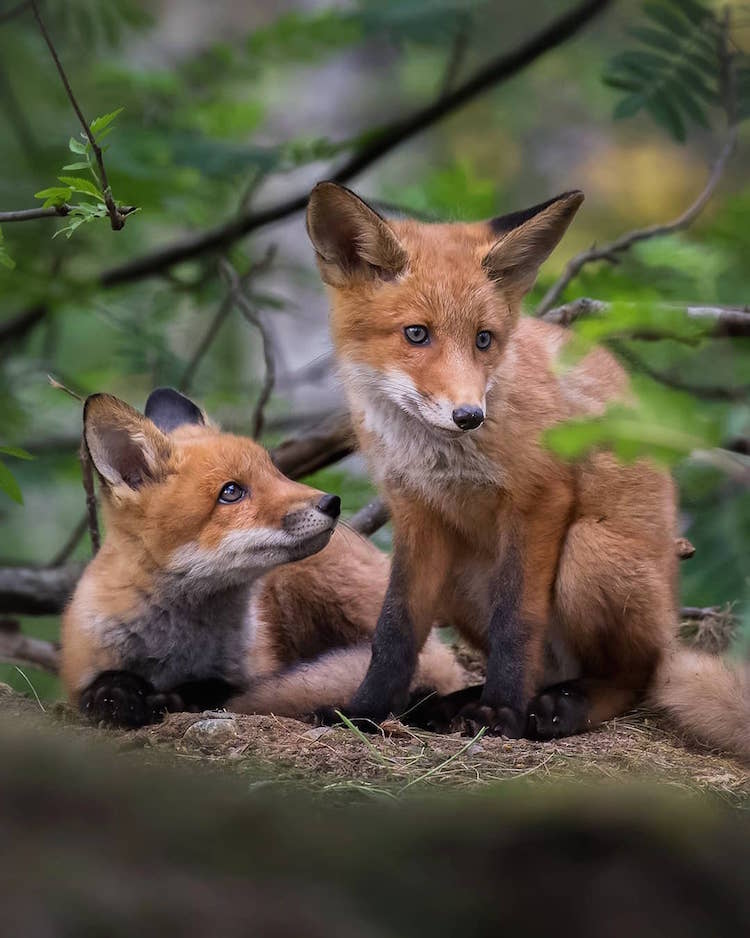 “The young ones may not care that much about me, but the mother can get stressed and move the young ones to another place, or in the worst case, even abandon them,” he said. “When I first meet the animals, I stay a bit farther away and when I start gaining their trust, I can slowly get a little closer without disturbing them.”

Saarinen works to not disrupt the animals’ natural lives. 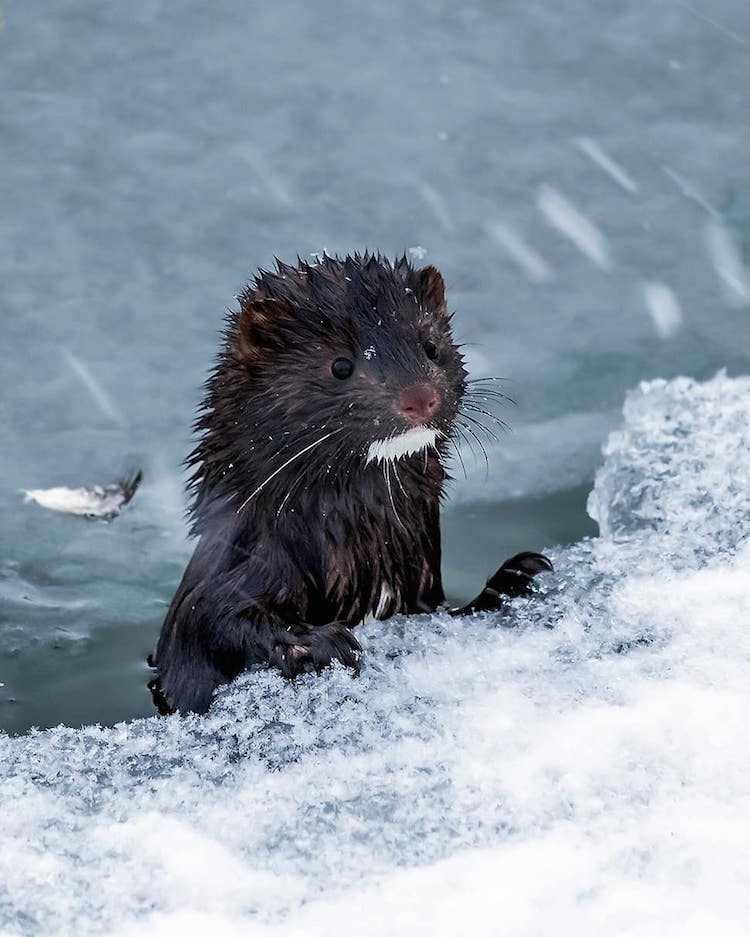 “I don’t feed the animals I photograph; the only exception is sometimes offering some peanuts for squirrels or small birds in places where they’ll get fed by people anyway,” he said. “I don’t want them to get too used to humans and start relying on them for their food.”

He also doesn’t disrupt the relationships between predators and prey. 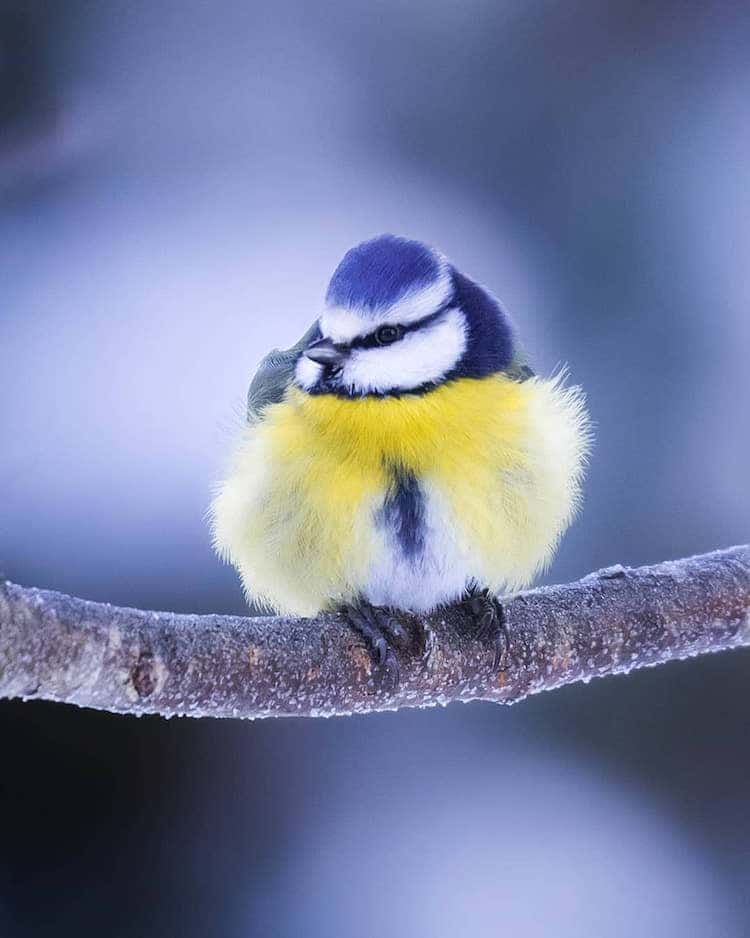 “If I see a predator attacking another animal, often a young one, I don’t get involved in any way, as I think that’s how nature works,” Saarinen said.

“If I, for example, see a buzzard catching a squirrel that I’ve been photographing, I don’t feel sad for the squirrel but happy for the buzzard to get a good meal,” he told Insider. 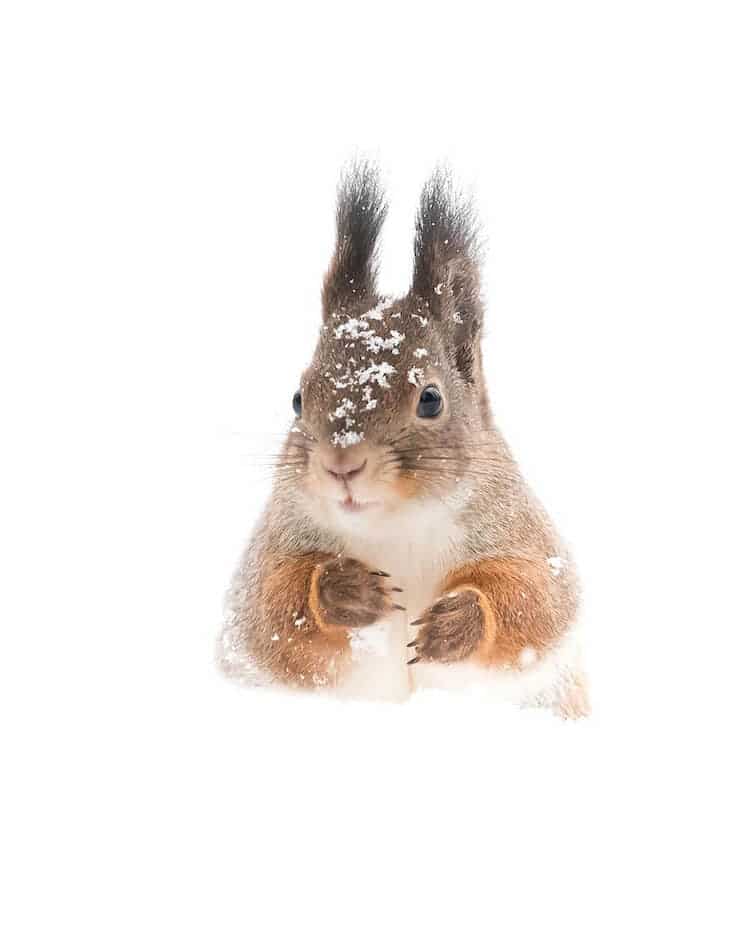 “Take as many different kinds of photos as possible and try all kinds of new tricks and ideas you come up with,” he said. “Day by day, you’ll slowly get better and better.”

“Always try to take a better photo than the day before,” Saarinen told Insider.

It takes time to be successful, and he’s still honing his craft.

“Be patient and don’t feel disappointed if you fail,” Saarinen said. “Instead, enjoy the time spent in nature.”

The book, published in Finnish, shows off his work from recent years.

You can buy it on his website, where he also sells prints and postcards of his work.

Serpent d’Océan: The 130-Meter Twisting Serpent Skeleton Emerges from the Nantes Coast in France Previous post
30 Awkward Moments People Encountered At The Airport And They're Too Hilarious To Not Be Shared Next post