A Full-Size Ship Squeezing Through Tiny Corinth Canal in Greece

People usually identify as cruisers, or non-cruisers: those who love to island hop and those who decidedly do not. Now, this record-breaking cruise ship squeezes through a tight canal. 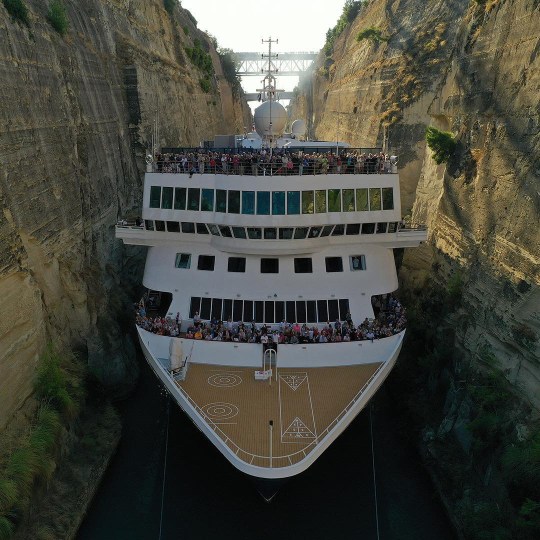 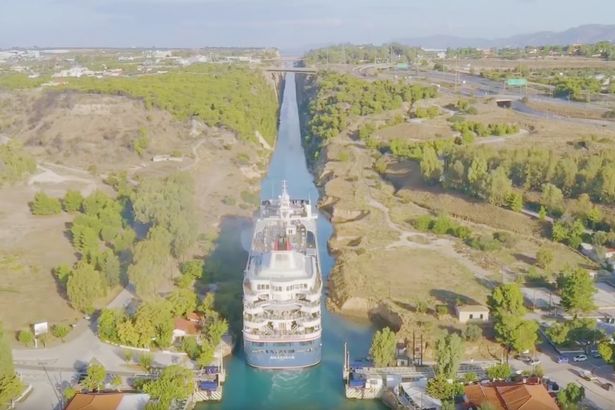 A ship from Fred. Olsen Cruise Lines, named Braemar, became the longest boat to cross its way through the Corinth Canal.

This cruise ship is 22.5 meters (under 74 feet) wide and 195.82 meters (around 642.5 feet) long, it weighs 24,344 gross tons and carried almost 929 passengers while it sailed over the waterway that divides mainland Greece from the Peloponnese and connects the Gulf of Corinth with the Aegean Sea.

The wideness of the canal is around 25 meters (82 feet) at the water’s surface and is 6.3 kilometers (3.9 miles) long. The canal is 22 meters (about 72 feet) wide. Passengers on the 22.52-meter-wide MS Braemar cruise ship could reach out and touch the sides of the canal which is 24 meters wide at its narrowest point.

Olsen Cruise Lines said: “This is such an exciting sailing and tremendous milestone in Fred Olsen’s 171-year history and we are thrilled to have been able to share it with our guests”.

The ‘Corinth Canal & Greek Islands’ cruise lasts 25 nights and calls in at locations including Rhodes, Kefalonia, and ports in Spain and Italy.