An Adorable Indian Rhino Calf, Who Is Classified As An Endangered Species, Was Born At The Oklahoma City Zoo 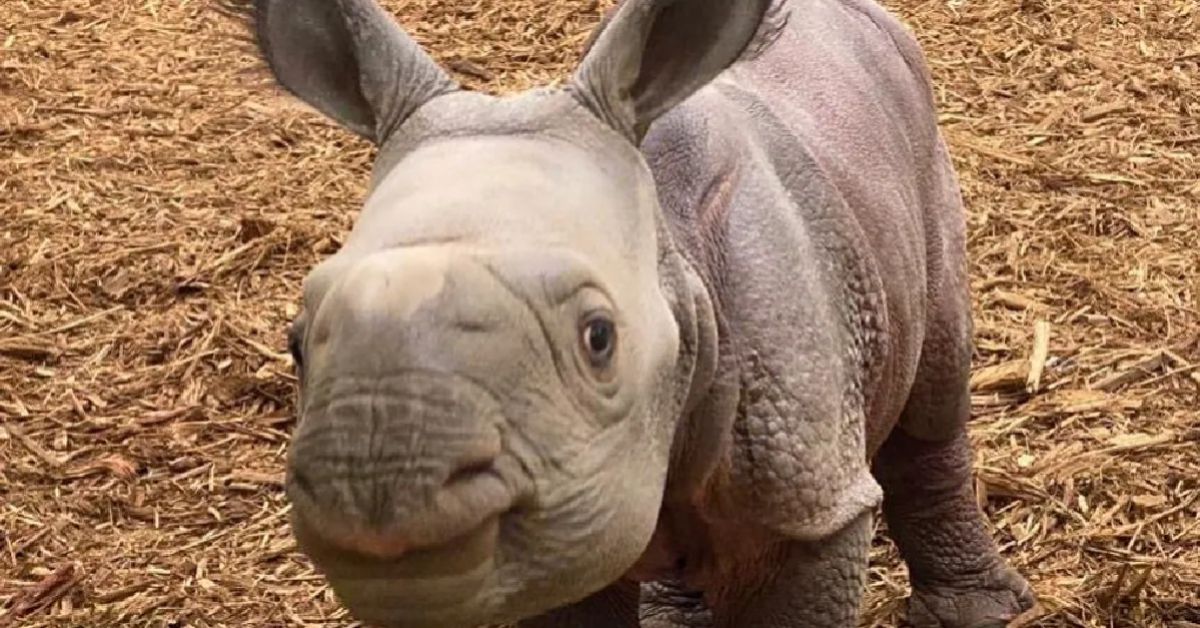 The Oklahoma City Zoo and Botanical Garden is thrilled to announce that Niki, the Zoo’s 13-year-old Indian rhino gave birth to a healthy calf at 3:25 a.m. today, Friday, October 23, 2020. This new arrival is the first calf born to breeding pair Niki and father, Arun, 29, and the sixth Indian rhino, also known as the greater one-horned rhino, born at the OKC Zoo. The OKC Zoo has been home to Indian rhinos since 1981.

The calf was born in the early morning inside the Zoo’s rhino barn at Sanctuary Asia and discovered by caretakers when they arrived to start their day. An initial visual exam performed by the Zoo’s veterinary and animal care teams determined that both mom and calf are doing well. The calf is strong, standing on its own and nursing. At this time, the gender of the calf is still unknown as it continues to stay close to mom, enjoying some quality bonding time with her.

The calf was born in the early morning inside the Zoo’s rhino barn at Sanctuary Asia and discovered by caretakers when they arrived to start their day. An initial visual exam performed by the Zoo’s veterinary and animal care teams determined that both mom and calf are doing well. The calf is strong, standing on its own and nursing. At this time, the gender of the calf is still unknown as it continues to stay close to mom, enjoying some quality bonding time with her.

“We are very excited to welcome a new addition to our rhino group and to see that calf and mom are doing excellent,” said Rachel Emory, OKC Zoo’s curator of elephants and rhinos. “Indian rhinoceros are listed as a vulnerable species, so every successful birth is important, not just to us, but to the population as a whole.”

The pregnancy of 13-year-old mom rhino, Niki, was announced back in February. 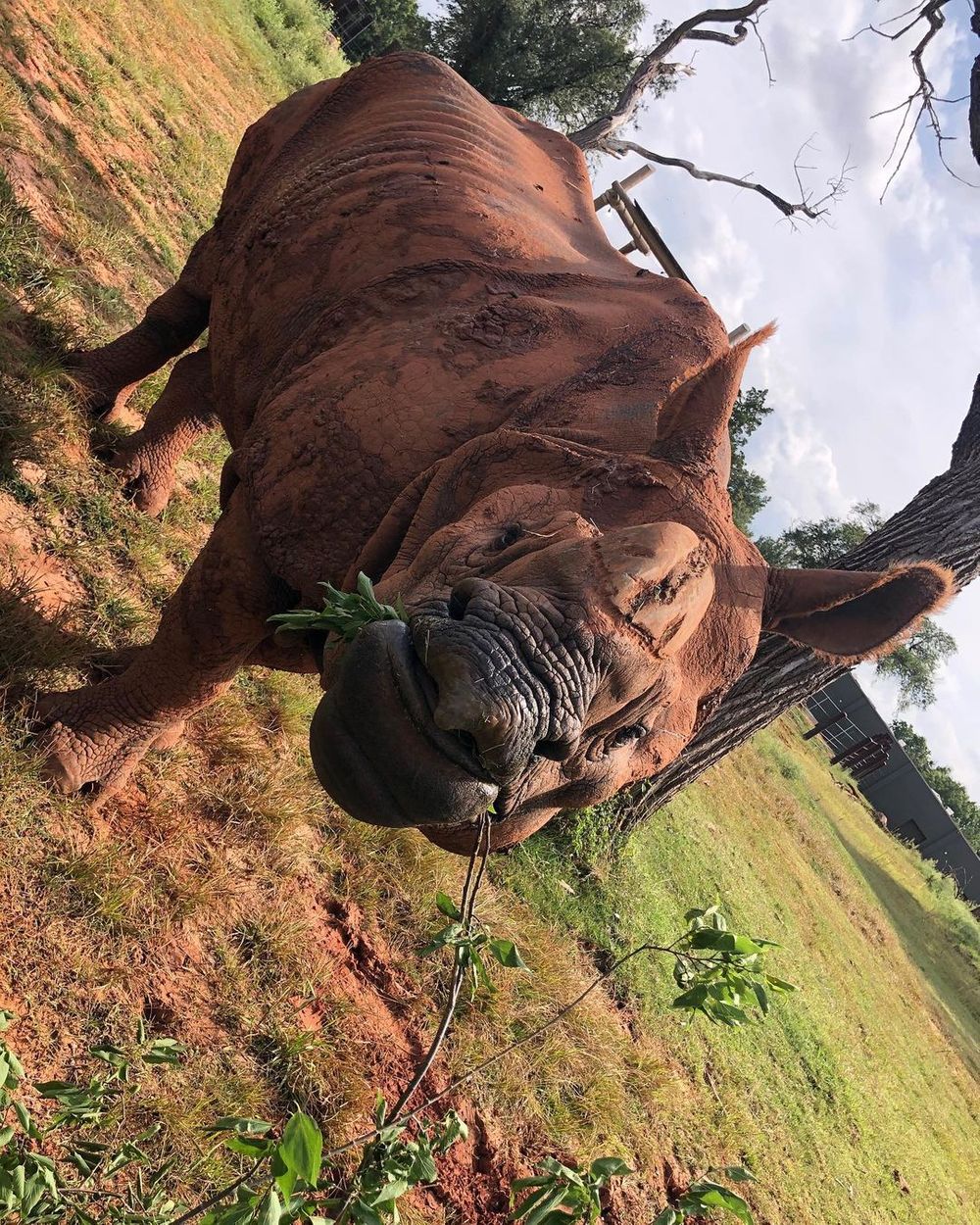 Mom Niki came to the OKC Zoo in 2009 from the Bronx Zoo and father Arun, 29, arrived from the Fort Worth Zoo in 2019 as part of a a breeding recommendation by the Association of Zoos and Aquariums (AZA) Greater One-Horned Rhinoceros Species Survival Plan (SSP). SSP programs were developed by AZA to oversee breeding management and sustainability of select animal species within AZA-member zoos and aquariums. The Zoo’s Sanctuary Asia is also home to adult, female Indian rhino, Shanti, 32, who also came from the Fort Worth Zoo with Arun.

The gestation period for Indian rhinos is approximately 16 months. The average birth weight for an Indian rhino calf is 120 pounds. Newborn Indian rhinos lack the distinctive horn of the adult rhino. Instead, they have a flat, smooth oval plate that eventually forms into a horn.

Native to northern India and southern Nepal, Indian rhinos are currently listed as “vulnerable” by the International Union for the Conservation of Nature. Through conservation programs, wild populations over the past century have recovered from under 200 animals to approximately 3,600 today. However, there is a continuing decline in the quality of their natural habitat and the species continues to be illegally hunted for its horn. 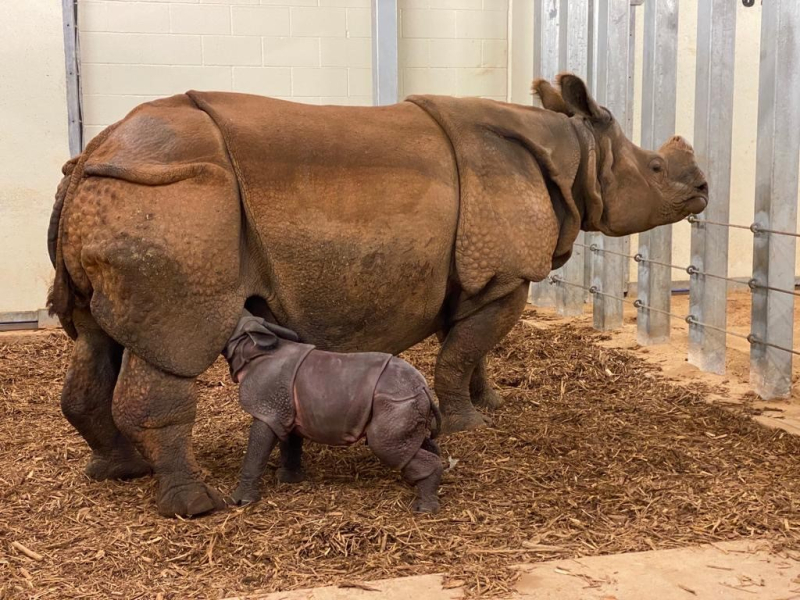 The OKC Zoo is helping save Indian rhinos by supporting the International Rhino Foundation’s efforts to protect vulnerable and critically endangered rhinos and their habitat in India with money from the Round Up for Conservation Fund. The Zoo’s Round Up for Conservation program encourages guests to donate their change from any Zoo purchase to help protect wildlife and wild places around the world. Plus, the Zoo’s American Association of Zookeepers chapter has raised more than $373,000 for rhinos in Asia and Africa through its fundraising efforts since 1990.

The Zoo will continue to share updates on the rhino calf and mom, Niki, on social. Weather permitting, the two could be visible to guests from their habitat at Sanctuary Asia as early tomorrow! 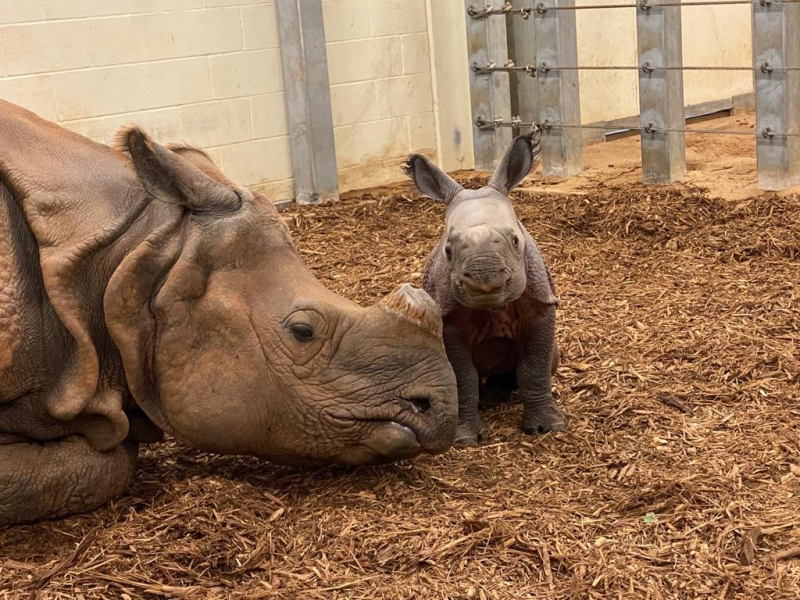 A sweet treat just in time for Halloween, come out to the Zoo this fall and meet our new rhino calf! The Oklahoma City Zoo is open from 9 a.m. to 5 p.m. daily. Advance tickets are required for all guests and ZOOfriends members and can be purchased at http://www.okczoo.org/tickets. Zoo tickets are limited each day to ensure safe social distancing among guests. Located at the crossroads of I-44 and I-35, the OKC Zoo is a proud member of the Association of Zoos and Aquariums, the American Alliance of Museums, Oklahoma City’s Adventure District and an Adventure Road partner. Regular admission is $12 for adults and $9 for children ages 3-11 and seniors ages 65 and over. Children two and under are admitted free. Stay up-to-date with the Zoo on Facebook, Twitter and Instagram and by visiting Our Stories. Zoo fans can support the OKC Zoo by becoming a member. Memberships can be purchased at ZOOfriends.org or any place admission is sold in the Zoo’s Entry Plaza during regular business hours. To learn more about this event and Zoo other happenings, call (405) 424-3344 or visit okczoo.org.

The black rhino population drastically declined in the 20th century due to European hunters and settlers, according to the World Wildlife Fund.

Since 1995, the species made a “tremendous comeback” — from less than 2,500 black rhinos to some 5,000 — but it is still considered critically endangered, according to the NGO.

Poaching and black-market trafficking of rhino horns were listed as continuous threats to the population.

“A lot of work remains to bring the numbers up to even a fraction of what it once was — and to ensure that it stays there,” according to the World Wildlife Fund.