Baby Chameleon Doesn’t Realize He’s Out of His Egg

This baby panther chameleon (Furcifer pardalis) doesn’t know that he’s been born yet, and gives us a unique insight into how these beautiful reptiles look when still in the egg.

Canvas Chameleon in Reading, Pennsylvania is the pet shop that helped bring the little guy into this world. They say they had to help him out of his egg because he did not ‘pip’ properly. ‘Pipping’ is the process reptiles and birds use to break out of their shells. Since he didn’t break out of his shell on his own he subsequently didn’t realize he was out of the shell, remaining in a very tight fetal position.

The shop owner said: “Here is a baby panther only seconds old that didn’t realize he was out of the egg. I had to help him out of the egg. I don’t believe he would have been able to do it on his own as it didn’t pip correctly so I helped him out. If the egg pips on the side for some reason it can be difficult for the little one to push out as their head isn’t near the hole and I’ve actually had them push out other parts of their bodies like their yolk sac which ultimately end up taking their life. I felt it was necessary to play Mother Nature and give him a helping hand.” 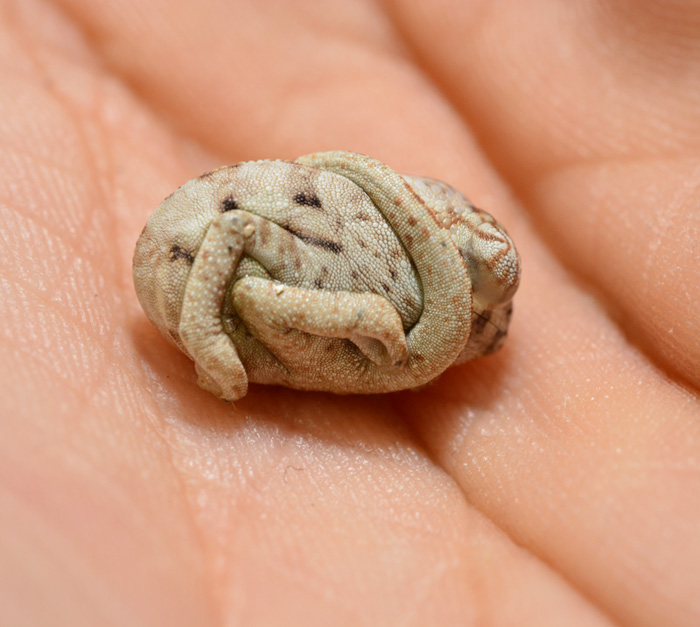 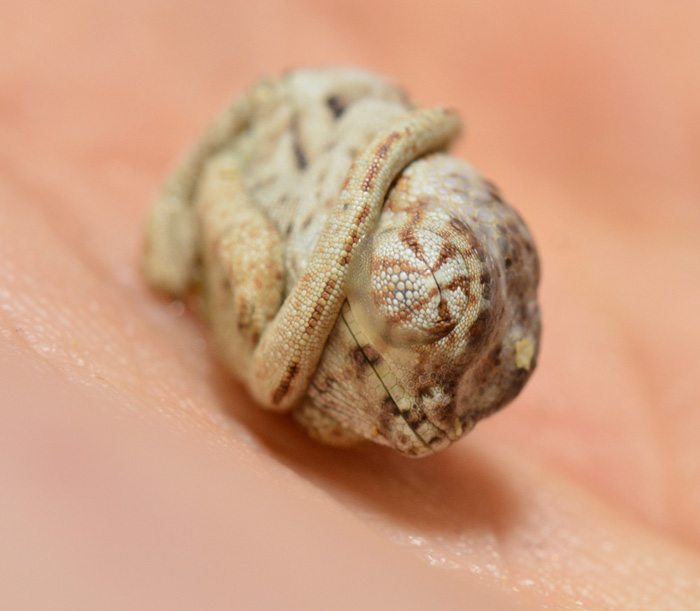 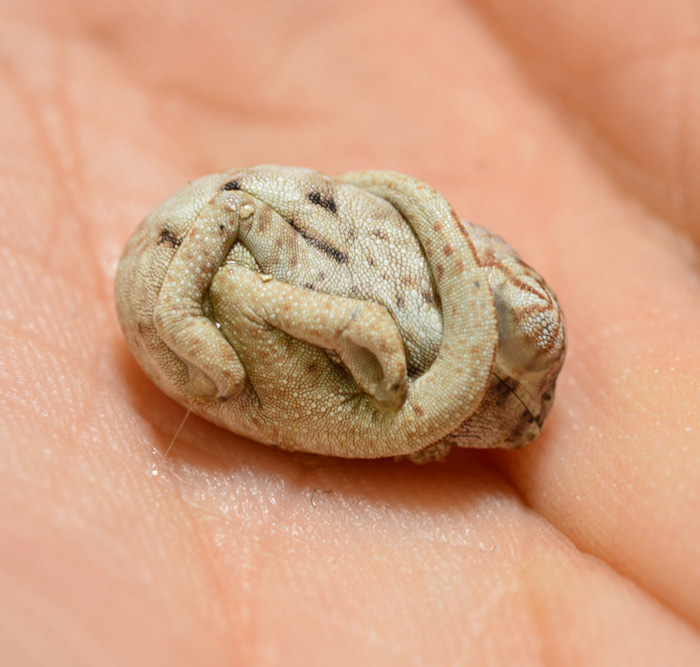 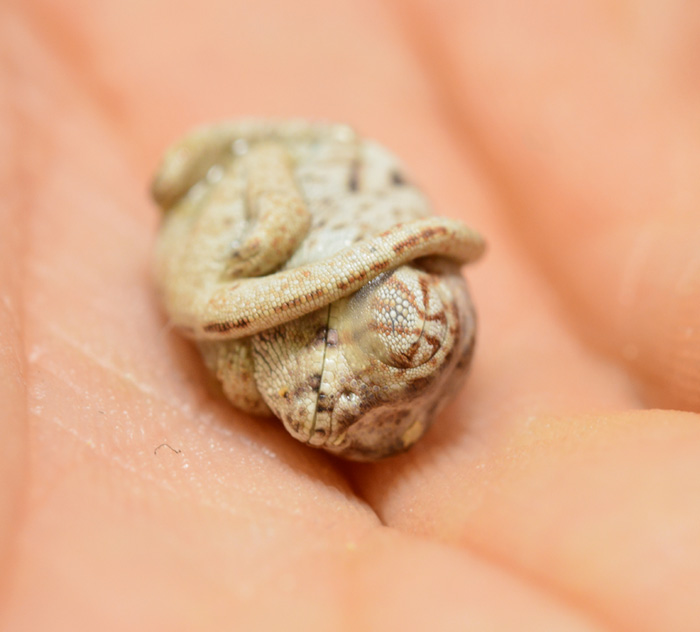