A mosaic tile floor from the third century (A.D. 200s) was recently unearthed dozens of feet below the surface of a vineyard near Verona in the north of Italy, a find historians are calling “this year’s biggest discovery.”

The remarkably well-preserved and ornate flooring design is part of the remains of a Roman villa, first found back in 1922.

The most recent discovery was made after “decades of failed attempts” by archaeologists to access the remains, according to a Facebook post by the town of Negrar di Valpolicella.

Last summer, a team with the Superintendent of Archaeology, Fine Arts and Landscape of Verona resumed excavation of the site, then returned in October 2019 and February of this year. They were forced out by the coronavirus outbreak in Italy.

Now, as the Mediterranean country eases its lockdown restrictions, researchers have been able to return to the site. Within a few days, they uncovered the pristine craft work beneath a row of grapevines and shared photos of their progress last week.

Newly discovered just outside of Verona, what could be this year’s biggest discovery – an almost entirely intact Roman mosaic villa floor! pic.twitter.com/tZwy0yfvNL 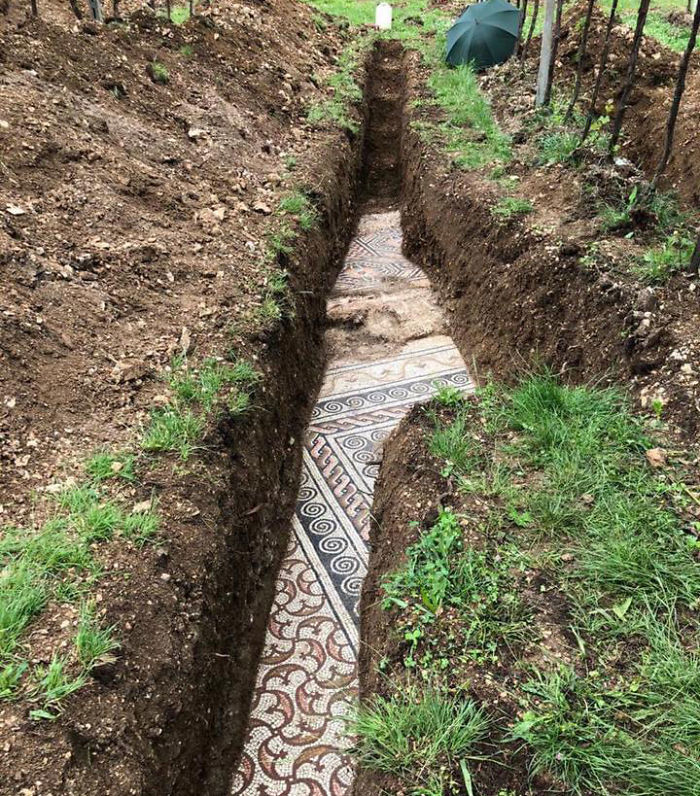 In an interview with Metro UK, Clelland explained how such an opulent building could become buried and forgotten this way.

“They’re actually remains of entire towns, where residents built layer after layer until the whole thing became meters tall,” he said. “A thousand possible reasons, but a very loose rule of thumb is about an inch of soil per century, it’s amazing how humanity has a habit of just building on top of previous efforts. Rome is a fascinating example, many rediscoveries there on a regular basis!” 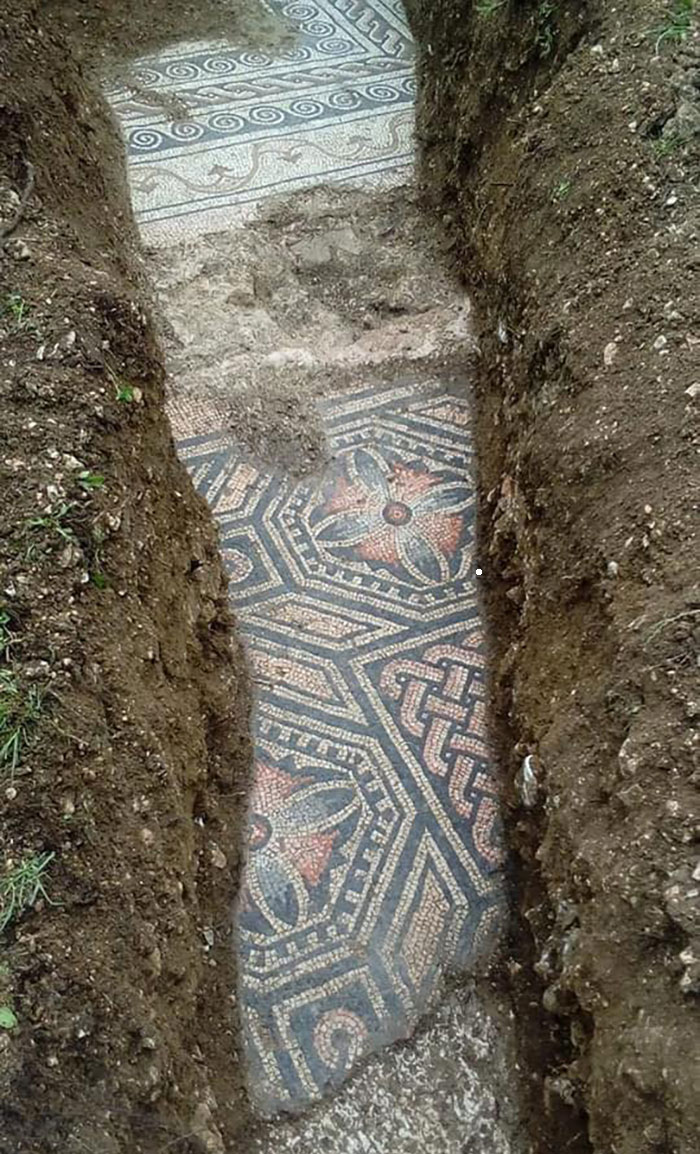 The town of Negrar di Valpolicella now wants to continue the dig in hopes of eventually revealing the entire villa floor and opening the priceless artifact to the public.

“Subsequently, the superintendence will connect with the owners of the area and with the municipality to identify the most suitable ways to make this archaeological treasure available and open and visible under our feet,” they explained in a translated Facebook update. “The result will not come soon and significant resources will be needed. But it’s important, finally, to track the road.”

Mayor Roberto Grison told the local newspaper L’Arena this week, “Together with the superintendent and those in charge of agricultural funds, we will find a way to make this treasure enjoyable.” 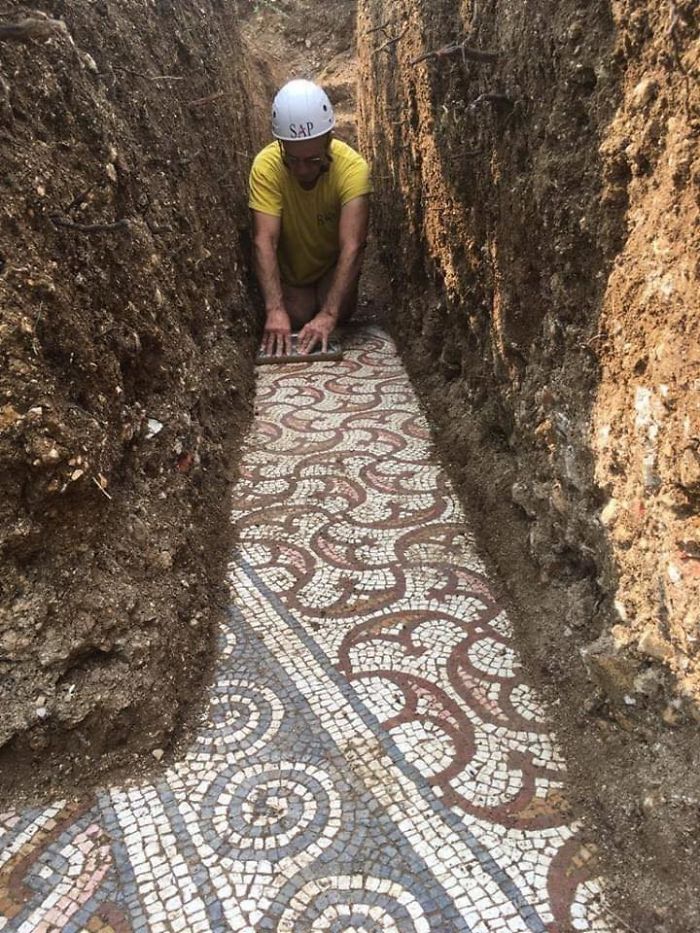 Although discoveries like this occur more often than you might imagine, Myko said that “it’s rare to find something in such good condition and so complete.” “Usually,” he continued, “man and nature have taken their course and parts may be missing or damaged.”

The uncovering of the mosaic work was done by the Soprintendenza di Verona, an organization “who have been tirelessly working to showcase some of the most tantalizing remnants of the ancient past in the area.” Myko said that he’s got a family in Verona “who showed me what they were working on and how magnificent what they have discovered is, and I just had to share it with the world—they deserve all the credit.” 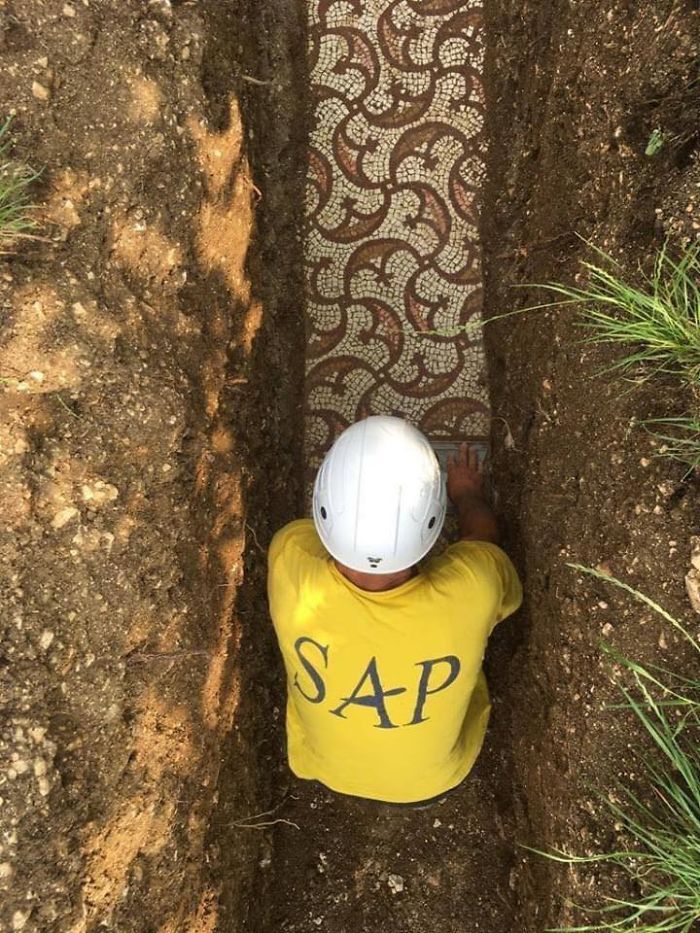 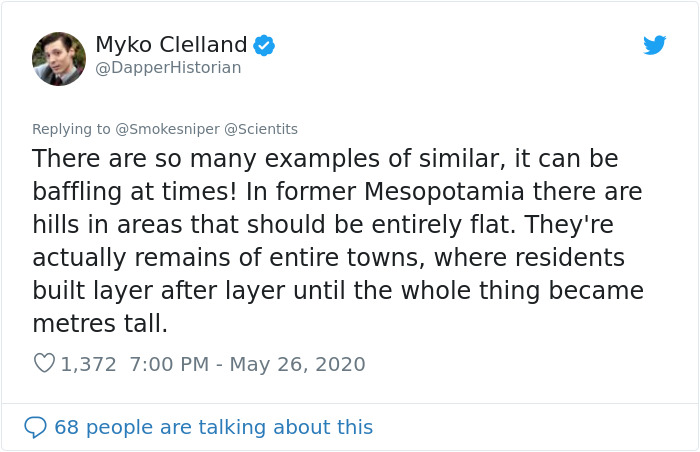 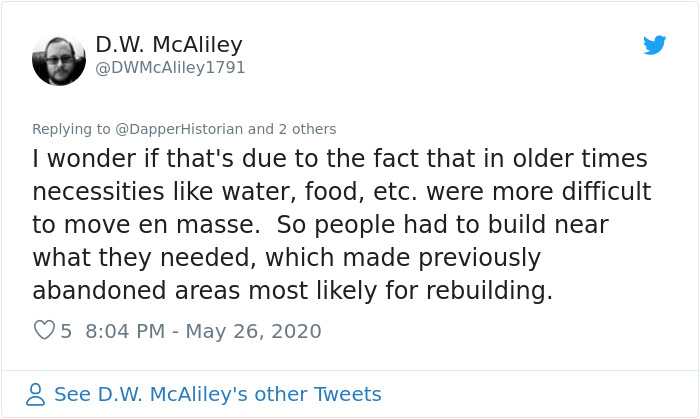 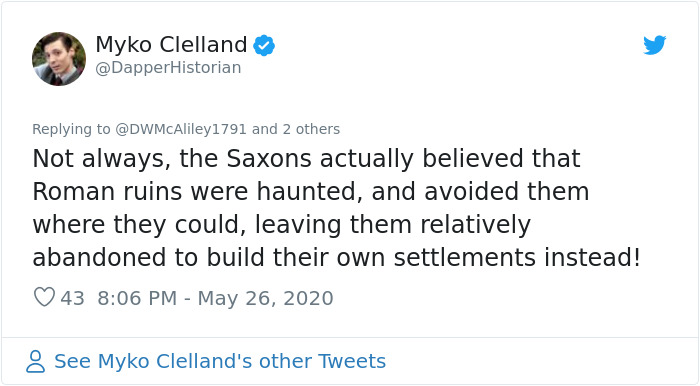 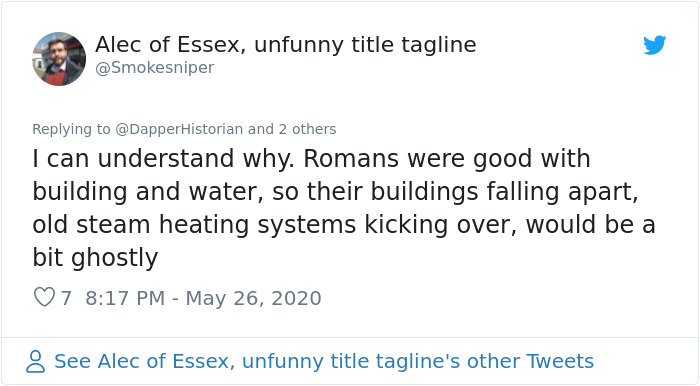 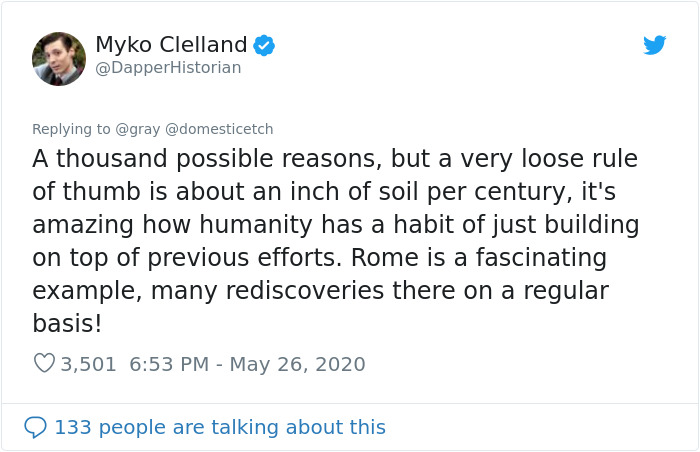 It’s a natural process that things become covered over time and nature reclaims them. Myko commented: “Soil and leaves can cover them, floods can bring silt and water, or dust settles on them.”

Of course, it’s not only nature that’s responsible for that. “People have a habit of often building in the same locations and on top of their previous efforts—they might build over the foundations of old buildings or atop their ruins.” That means that things like this mosaic slowly become buried over time.“

There are parts of old Mesopotamia, for example, that have hills in areas that should be entirely flat,” Myko said. These are actually the remains of entire towns, where residents built layer after layer until the whole thing became meters tall.

This Twitter user has shared another impressive ancient finding 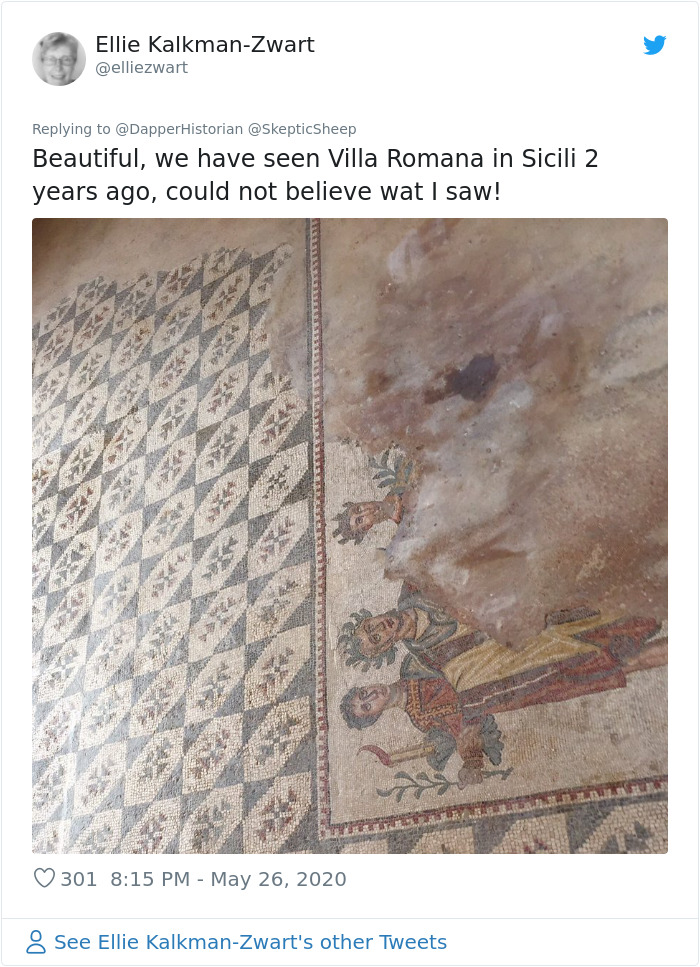 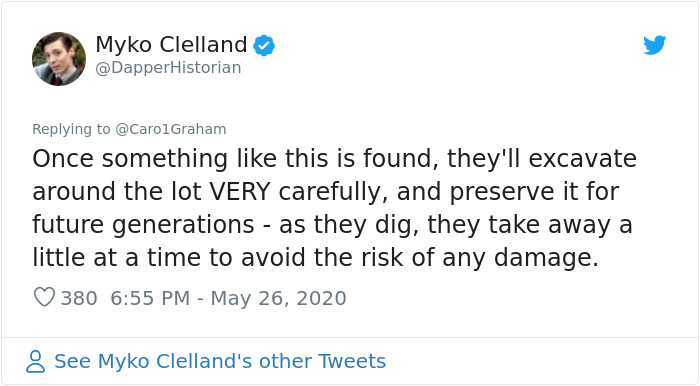 As for the future, there may be many more discoveries like this in our lifetime. “They may not all be as beautiful as this one, but each one can connect us to the world of our ancestors, which makes every find absolutely priceless. 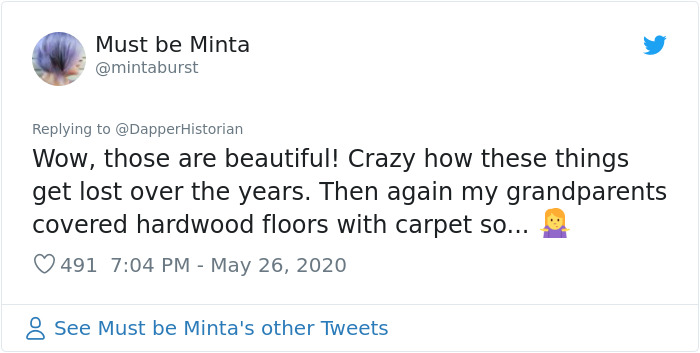 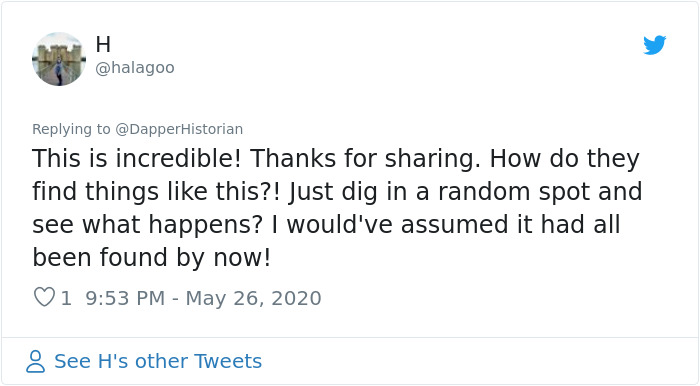 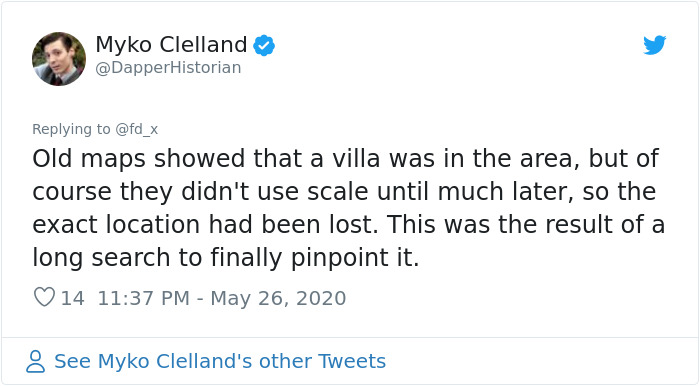 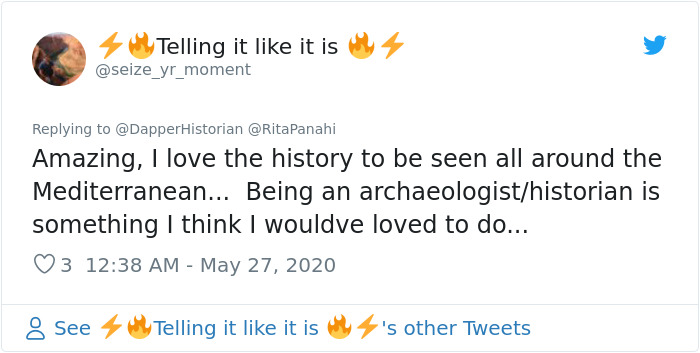 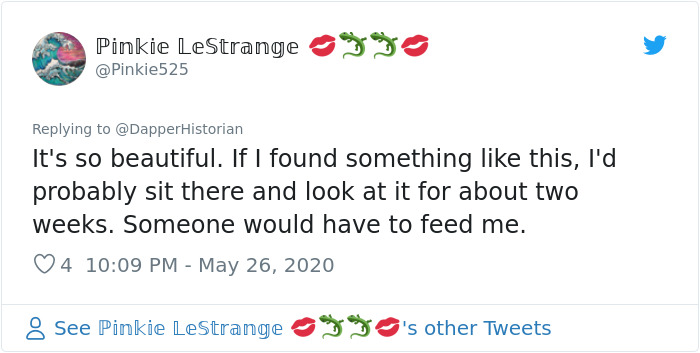 And these commentators wasted no time to crack a joke