It is so heartwarming to see a couple remain together through the years, in the good and in the bad. To have something like that in your life there are some qualities one must possess to be able to keep another human close. Trust, patience, and communication are the ones that people mostly look for in someone, but hey.. we have the ability to do so and we will if we want to. But have you ever wondered about animals and their long-life partners?

Not all animals are able to demonstrate fidelity. According to the World Wildlife Foundation (WWF), about five percent of all mammal species and 90 percent of bird species are monogamous, meaning that they choose a partner and stick with them through thick and thin. So if you’re feeling like nobody stays together anymore, check out these animals that do. 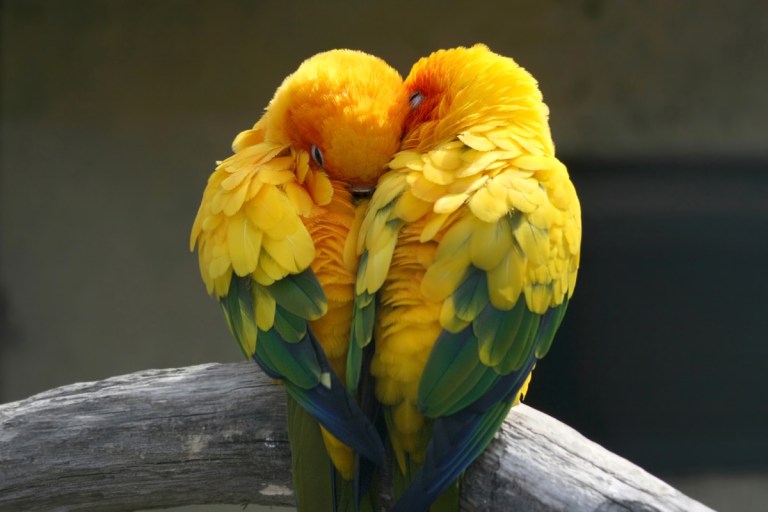 As their name suggests, lovebirds are extremely loving creatures. They don’t like to spread the love, however: According to Smithsonian, these colorful birds mate for life after reaching sexual maturity at around 10 months old. 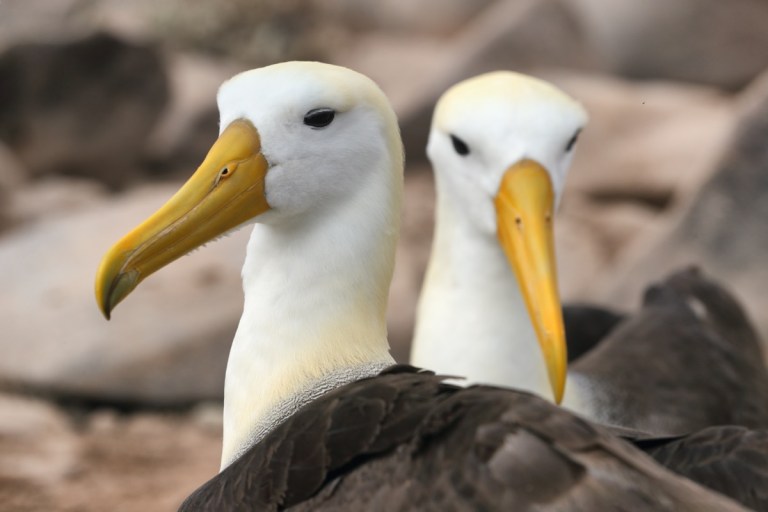 Yet another bird that’s famously monogamous is the albatross. These globe-trotters mate for life and are incredibly faithful to their partners. To see what real devotion is like, you need to spend some quality time with an albatross. 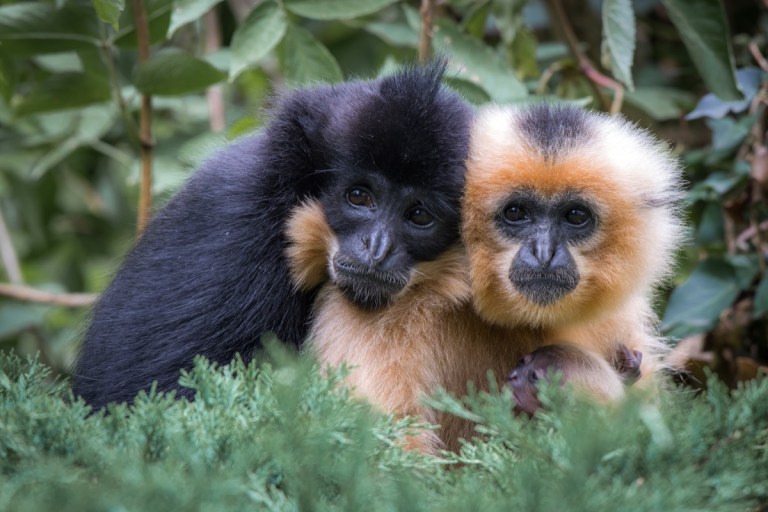 Gibbons are a family of primates split up into 19 species. However, all 19 of these species have something in common: They mate for life. According to WWF, these small apes “pair up for life and form a family that stays together until the offspring grow up and leave home.” It’s almost like fully grown humans leaving home once they become self-sufficient adults!

Barn owls are quite devoted creatures. According to the National Wildlife Refuge System in Willapa, Washington, once these cute birds find their mate, they’re set for life. The female barn owl attends to the nest while the male “brings food to the female and chicks.” 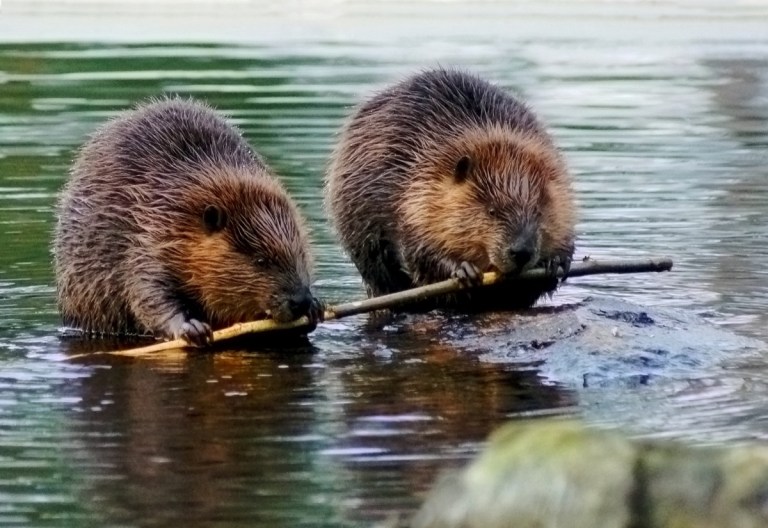 Want to be a good partner? Just act like a beaver. According to PBS’s NatureWorks, these rodents mate for life, only seeking out new partners if and when the first passes away. Talk about “’til death do us part”! 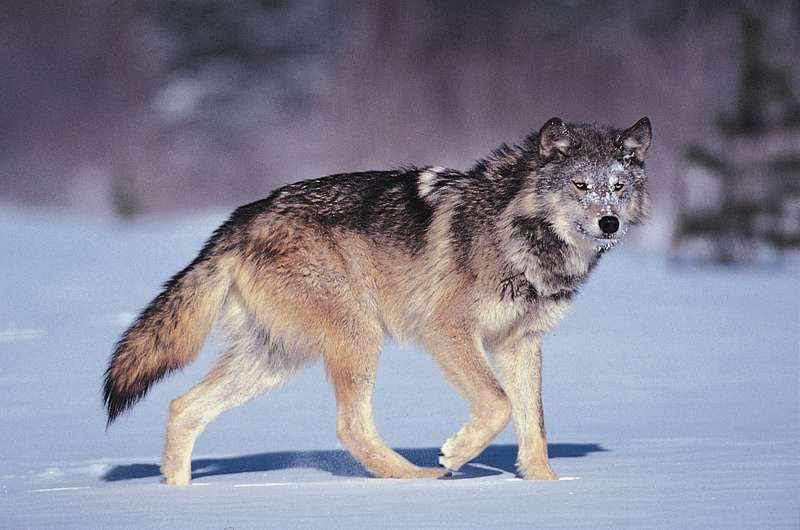 Wolf packs live within a strict social hierarchy, led by the alpha male and his mate, with whom he stays for life. 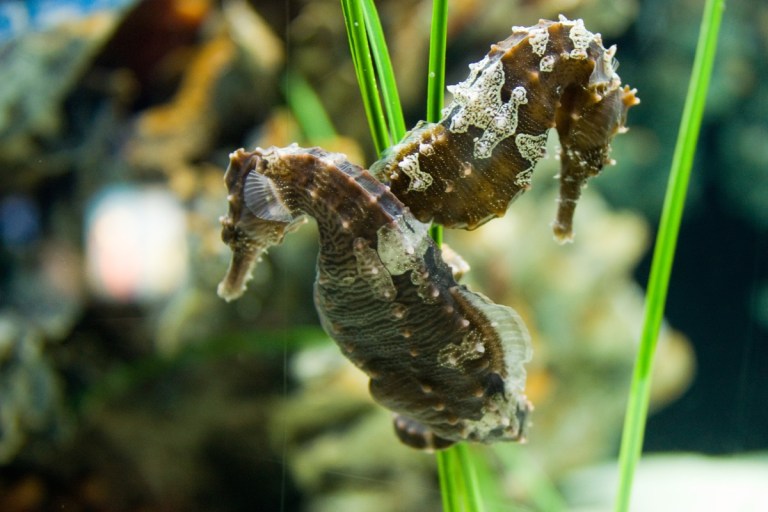 Monogamy isn’t limited to creatures on land. According to the U.S. Fish & Wildlife Service, the seahorse is just one of many sea creatures that mate for life. And fun fact: In these monogamous couples, it’s the male that gives birth to the offspring. 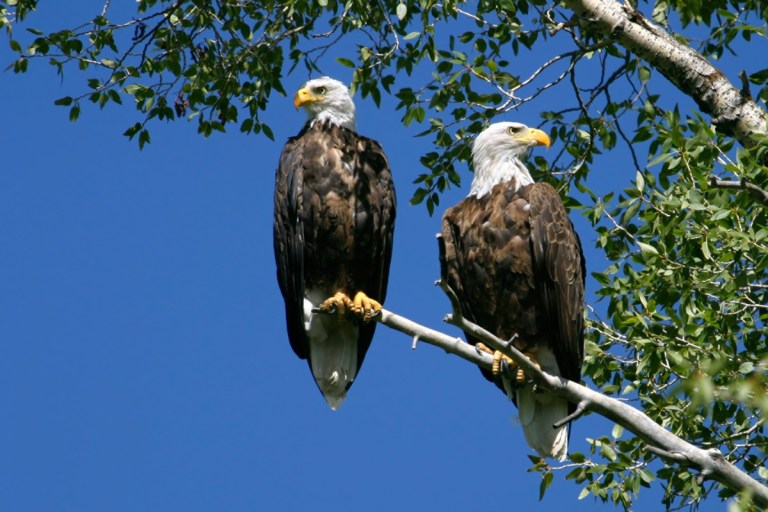 Another bird species that mates for life is the bald eagle. According to the National Audubon Society, this national bird uses nest-building to solidify its bond with its mate. “The pair continuously adds to the structure, so that after many seasons it assumes gargantuan proportions and stands as a symbol of their fidelity,” the organization explains. 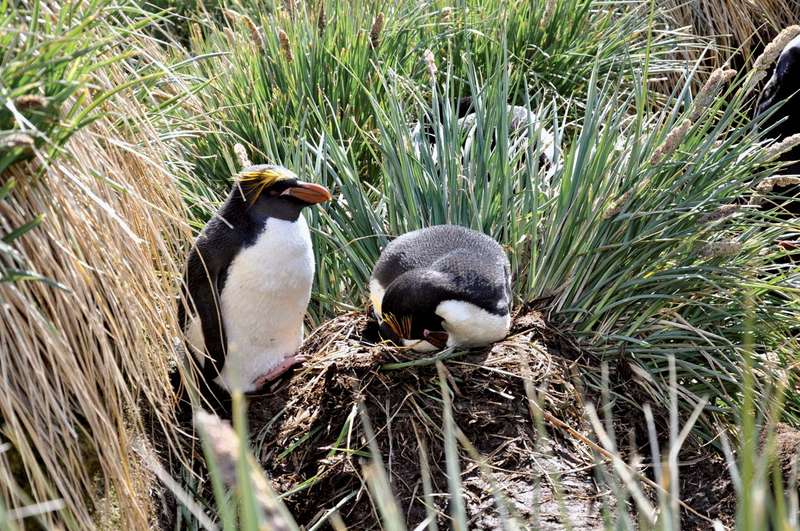 Most breeding pairs of macaroni penguins are monogamous. They engage in what researchers call an “ecstatic display” when they see each other. Once their eggs hatch, the male stays with the chicks while the female hunts for food. 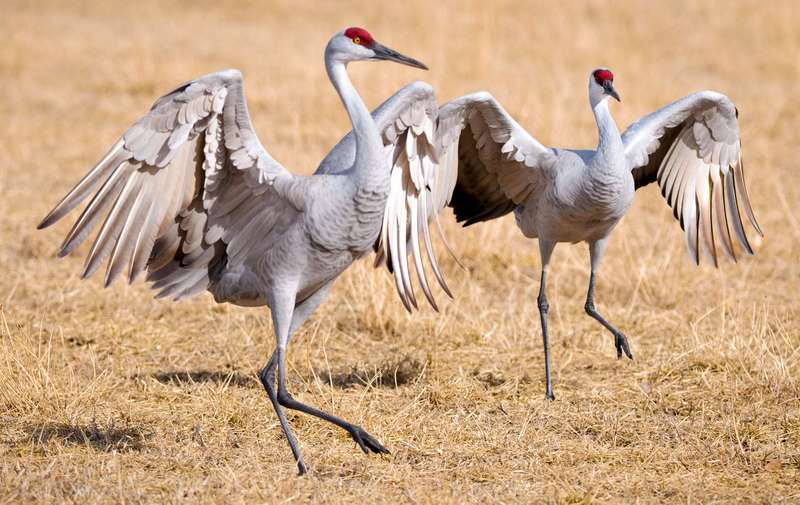 This is another species of bird known to show a bond within couples. They often engage in what is known as “unison calling.” 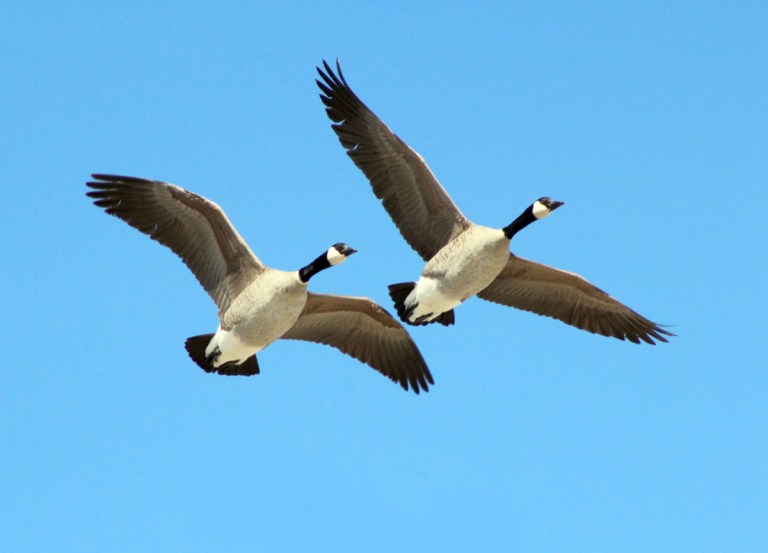 Geese take their romantic partnerships very seriously. Take the Canada goose, for instance: According to Citizens for the Preservation of Wildlife, Inc. (CPW), this waterbird is so devoted to its mate that it will “put itself in danger” just to protect them. When one member of a mated pair is injured, the other will even guard them until they either recover or pass away. 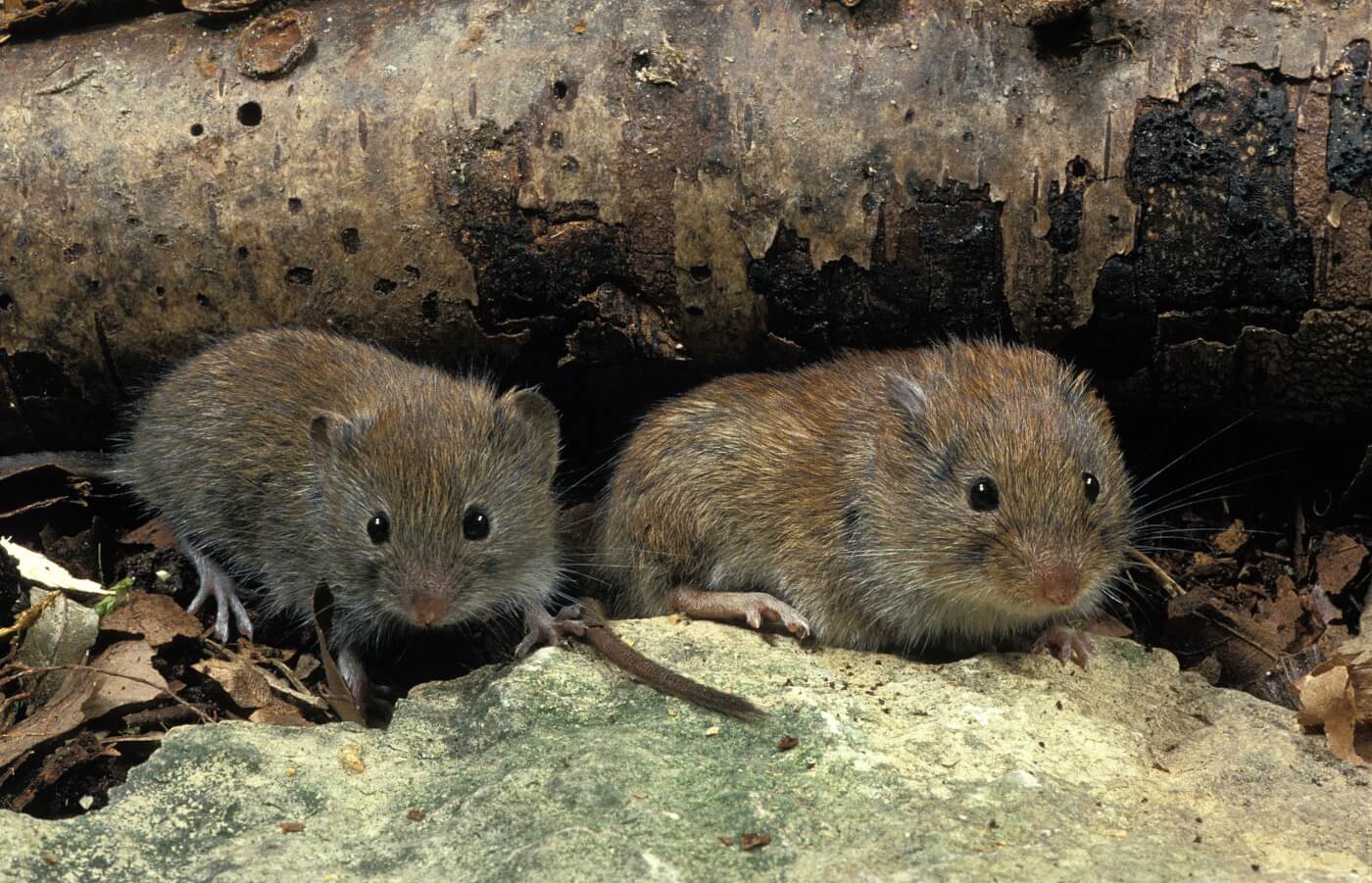 There’s a reason why one relationship guide is called Make Love Like a Prairie Vole. These tiny rodents are champion snugglers. Part of their secret to matrimonial bliss is rooted in oxytocin (the “love hormone”), but prairie vole partners also cooperate on things like building their nests, raising their babies, and more throughout their lives. 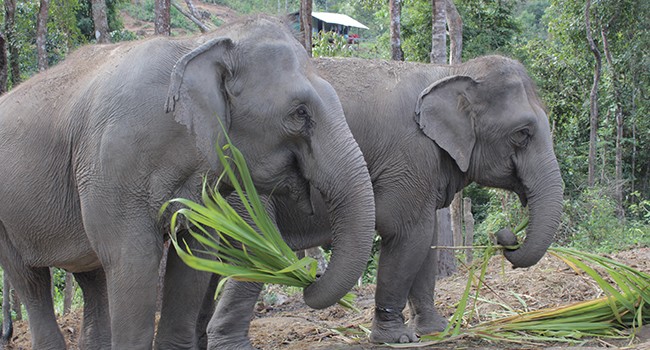 While elephants are not among the animals that mate for life, the elephant family sets a high standard for familial loyalty. Male elephants tend to live alone, but female elephants typically live in large family groups, either with their own offspring or alongside other female relatives and their young, too. Elephant herds focus much of their energy and attention on raising and protecting their calves. 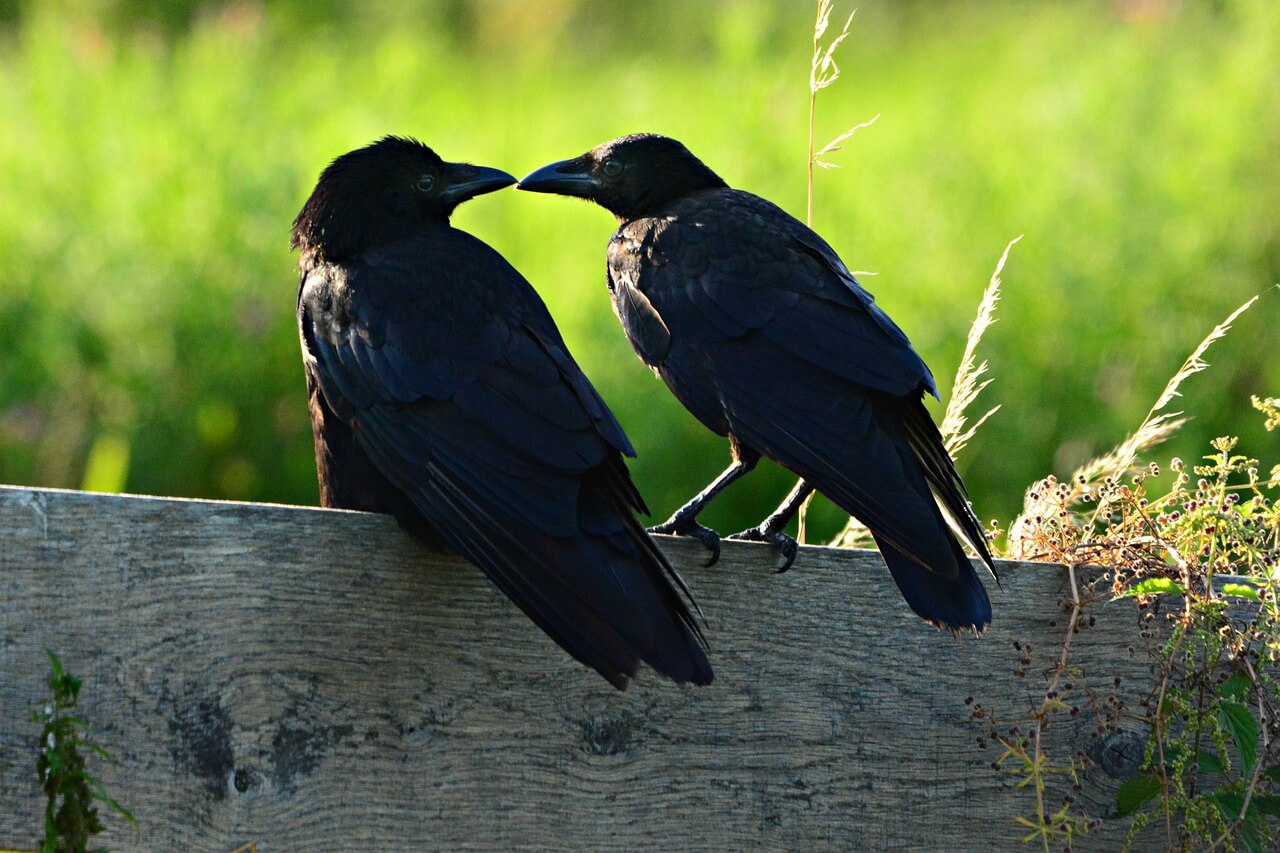 Crows look for that one special bird they can stay with for life, and some lucky crow couples spend decades together. Babies live with their parents for about seven years, and older birds in the family help the parents with childcare. Crow families also work together to build their nests, but smart males know to let the females have the final say. 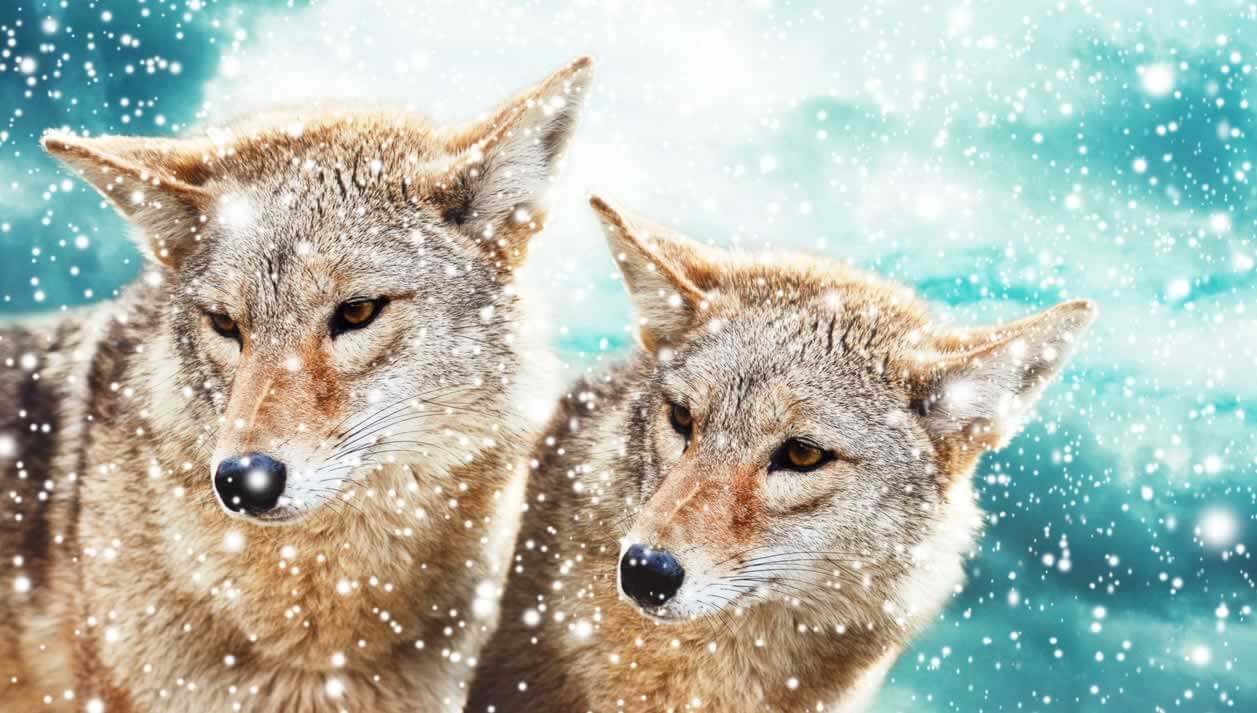 Coyotes are among the most faithful of all species. National Geographic reported on the results of a coyote-fidelity study, concluding that “these canine cousins are loyal to their mates and never stray. Not ever. . . . These canids are remaining faithful both in good times and bad.”

If You Think You're Day It's Bad, See How This Animals Are Dealing With Life Previous post
25 Doppelgängers of Celebrities That It's Hard to Tell Them Apart Next post