Discover More About This Rare Bird With “Vantablack” Feathers Absorb 99.95% of Light

There are so many bird species in the world that teams of researchers are still discovering new species every month, and this is also the case with these unique-looking blackbirds. The Superb Bird of Paradise or Lophorina superb was discovered in New Guinea and eastern Australia and has strange Vantablack feathers that contribuite to their „rare birds” title.

Research led by biologist Ed Scholes and wildlife journalist Tim Laman since 2004 brought a large contribution to documenting the life and different bird-of-paradise species. Their extraordinary work resulted in the creation of Cornell University’s Birds-of-Paradise Project. They recently discovered the Vogelkop or Lophorina niedda in New Guinea.

This bird was originally considered a subspecies of the bird-of-paradise, but after careful observations, a difference in their courtship rituals managed to separate them and establish a new species. What makes both species very similar are their extremely dark feathers that absorb 99.95% of light. When engaging in courtship dances, they flash their beautiful turquoise markings that create an amazing contrast with the dark feathers.

To learn more about these birds and how to recognize them, scroll through the pictures, and plan a trip to New Guinea as soon as possible. 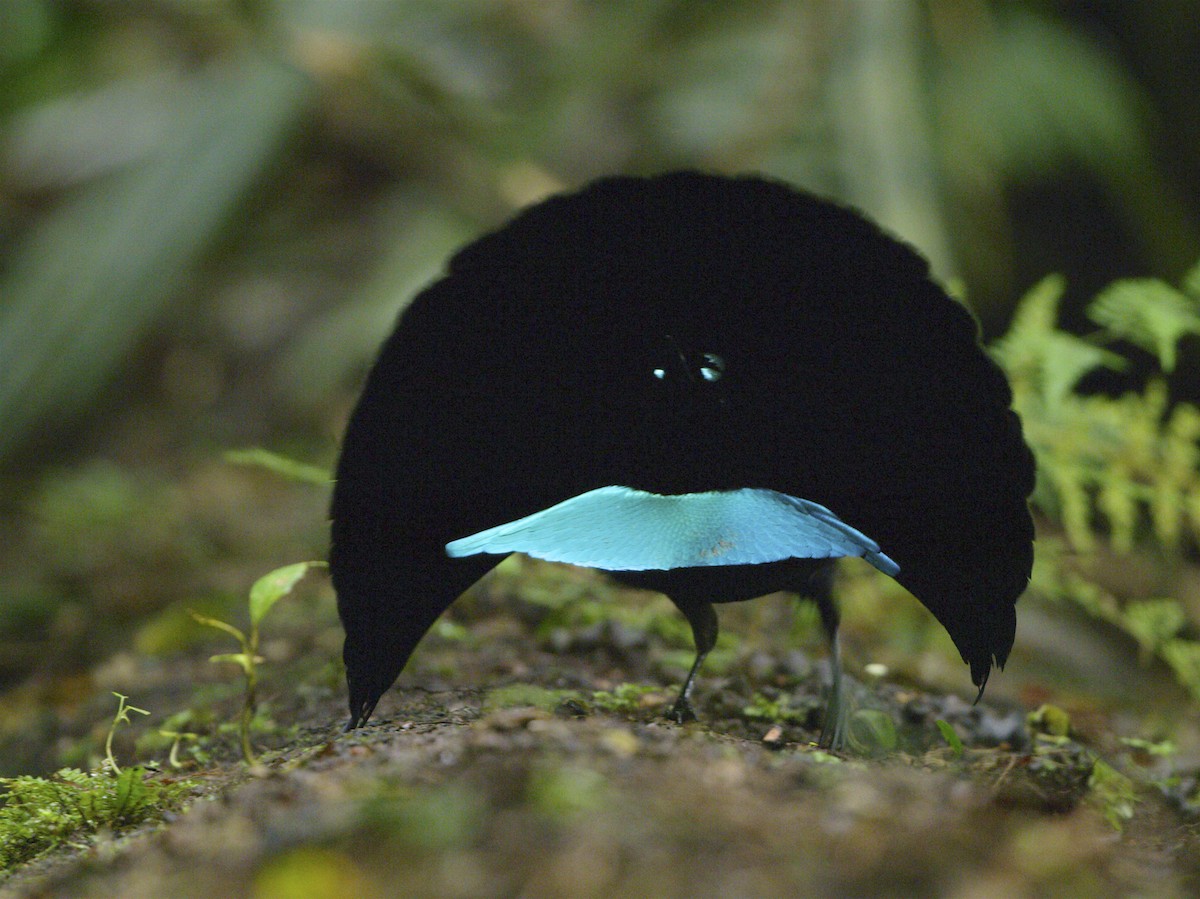 Pioneered by evolutionary biologist Ed Scholes and ornithologist and wildlife photojournalist Tim Laman, the Bird of Paradise Project was set up by Cornell University. One of their top finds was the discovery of the Vogelkop superb bird of paradise and its classification as a new species. Found exclusively in the far western region of New Guinea, further analysis has also found that their characteristic black feathers are so dark that they absorb 99.95% of light. This intensity of black dramatically increases the contrast with its turquoise highlights, thereby increasing its chances of a mate – along with the help of its charming dance ritual.

This puts these natural feathers on a par with the infamous Vantablack; an artificial system that absorbs 99.965% of light making it the darkest substance on earth. However, while Vantablack was created in a UK lab, the Vogelkop’s feathers naturally evolved over millennia. 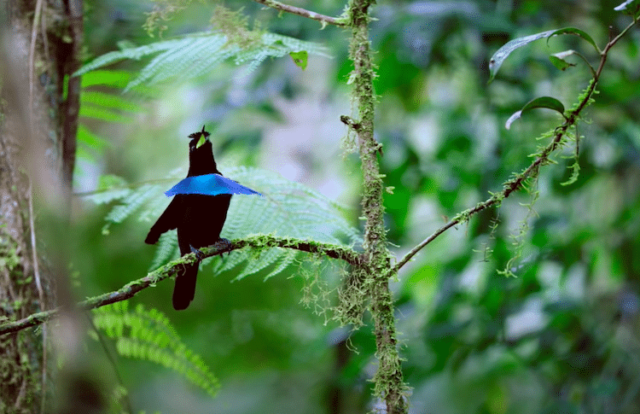 The “Vantablack” bird-of-paradise first had everyone in awe with its mesmerizing courtship dance as seen on the documentary-series Planet Earth. The spirited bird dancing for its mate was iconic and not something that people would forget. But it has been discovered that the unique bird has become its own species after another similar looking bird has been found. 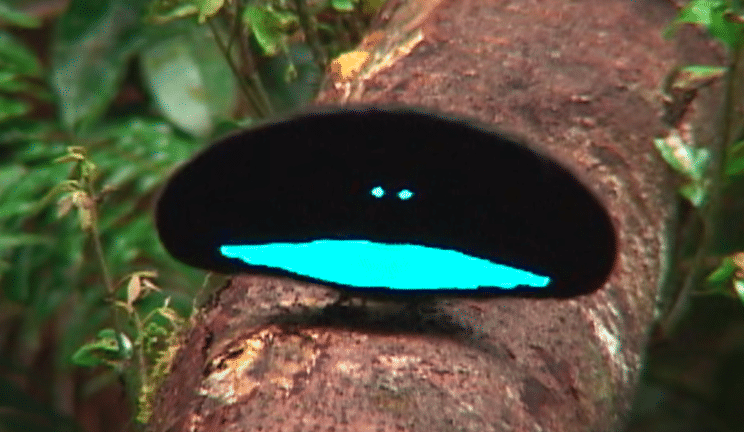 According to Science Alert, ornithologists have realized that for the longest time they had clubbed two different species of similar looking birds into one category. The Vogelkop superb bird-of-paradise was thought to be closely related superb bird-of-paradise. But they are now observed to be distinctly different. “After you see what the Vogelkop form looks like and acts like in the wild, there’s little room for doubt that it is a separate species,” said Dr. Edwin Scholes, an evolutionary biologist with the Cornell University Lab of Ornithology’s Birds-of-Paradise Project.

He went on to say, “The courtship dance is different. The vocalizations are different. The females look different. Even the shape of the displaying male is different.” You might miss the difference when you are distracted by the stunning feathers of the birds that absorb nearly all the light (99.95%), as they fan out their black feathers to show off their bright blue strand of feathers. But if you stop making eye contact with the two piercing blue eyes you will see that the shape of their fanned feathers is very different. The superb bird-of-paradise opens its pitch-black feathers in the signature black smiley face. On the other hand, the newly identified Vogelkop superb bird-of-paradise’s form looks more like a frown face.

Additionally, even their mating dances are different. National Geographic reports that the greater superb deeply bends its knees and bounces. The Vogelkop, however, shuffles its feet in quick little motions, effectively gliding from side to side. “It looks like somebody has wound up a child’s toy and put it on a smooth floor,” Scholes describes this dance. With different dances, the song they groove to will also differ. The superb makes a loud squawking noise, while the Vogelkop has a more pleasant, tonal call. This difference was noticed in 2009 by Scholes and Dr. Tim Laman when they noticed that the new song was radically different than the one they were familiar with already. “Our evidence of how distinctive it is has cinched the deal,” Scholes added.

“With full species status, the Vogelkop Superb Bird-of-Paradise becomes the fourth endemic bird-of-paradise to the Bird’s Head region of Indonesian New Guinea, a fact that underscores the importance of this region as a center of endemic biodiversity worthy of enhanced conservation protection,” the researchers wrote in their paper, reported Sci-News. For nature and bird enthusiasts there is good news. The team also expects to find more birds of paradise species in New Guinea’s biodiverse forests. These isolated and remote forests that are far away from human development has been untouched. But that also means a lot more is left to be discovered.