The ‘flower moon’ – 2020’s last supermoon – will be visible in the sky TONIGHT. It’s the third supermoon we’ve seen this year and, while experts say it won’t be as striking as the previous two, it’s still going to look around six percent larger than a normal full moon. 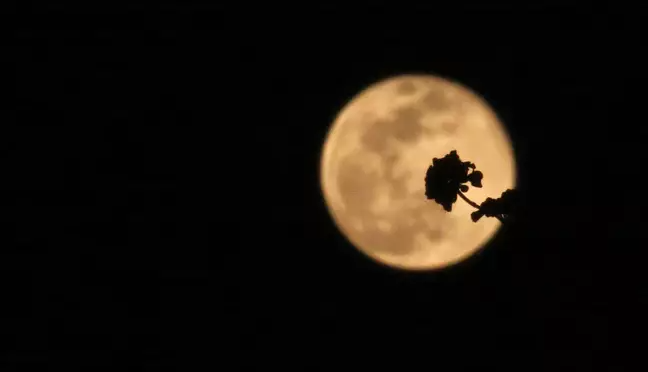 The lunar occasion called the “Flower Moon,” will reach its peak illumination at 6:45 a.m. ET on Thursday, May 7—but the moon will be visible if you venture outside tonight.

For those who miss it, the moon will continue to appear full through the morning of Friday, May 8, offering plenty of chances to glimpse the spectacle.

The Flower Moon, and the last supermoon of the year, rose over Rivington Pike in Bolton, Lancashire last night. The moon will be at its fullest at 11.45 am this morning, but it will not be visible in the UK at this time. Moonrise times vary across the UK, but not by more than around 10 minutes 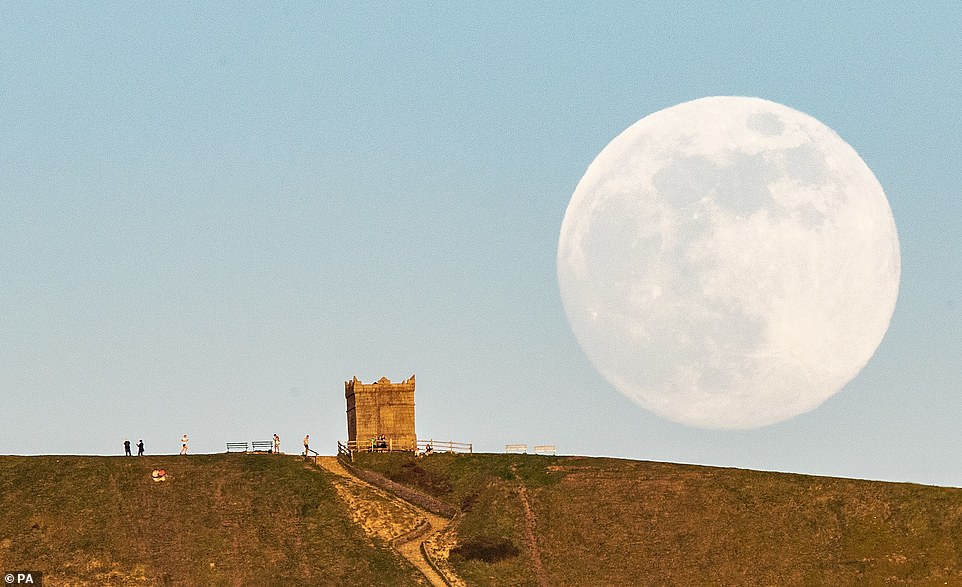 The Flower Moon is seen 99% full as it rises behind Victoria Tower on Castle Hill on May 6 in Huddersfield. The moon will be at its most impressive before it sets this morning at around 5.42 BST, and also after moonrise around 8.45pm BST tonight 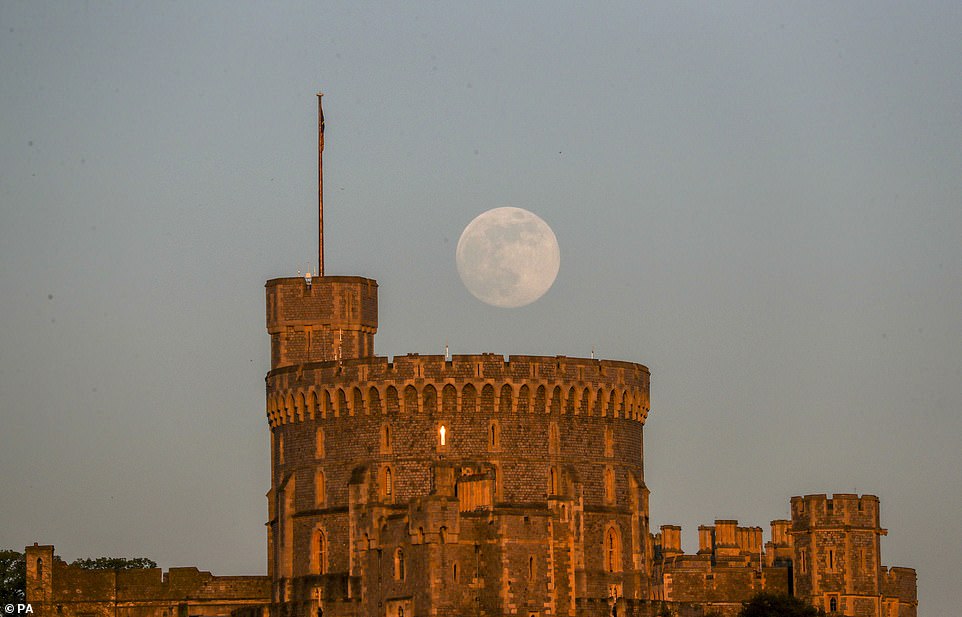 The Flower Moon is also a supermoon, meaning it will be about six percent larger than a typical full moon and around 14 percent bigger than a micro moon, which is when the moon is at its furthest point from Earth. Pictured, the moon rises over Windsor Castle in Berkshire last night 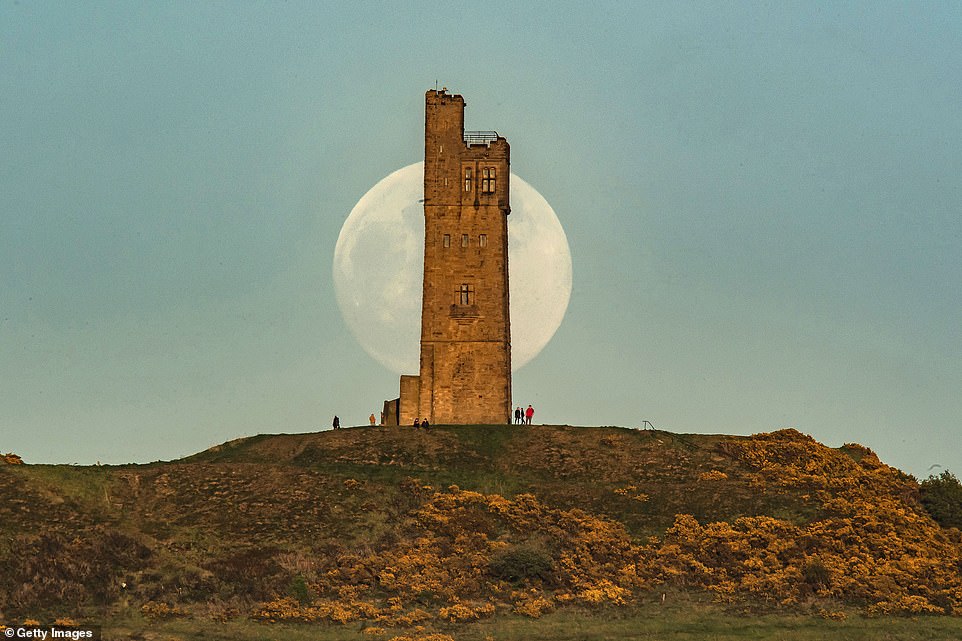 A pigeon sits on a rooftop as the last supermoon of the year, termed the Flower Moon, rises over Saltburn. The moon is visible to the naked eye and does not require a telescope or specialist equipment to see 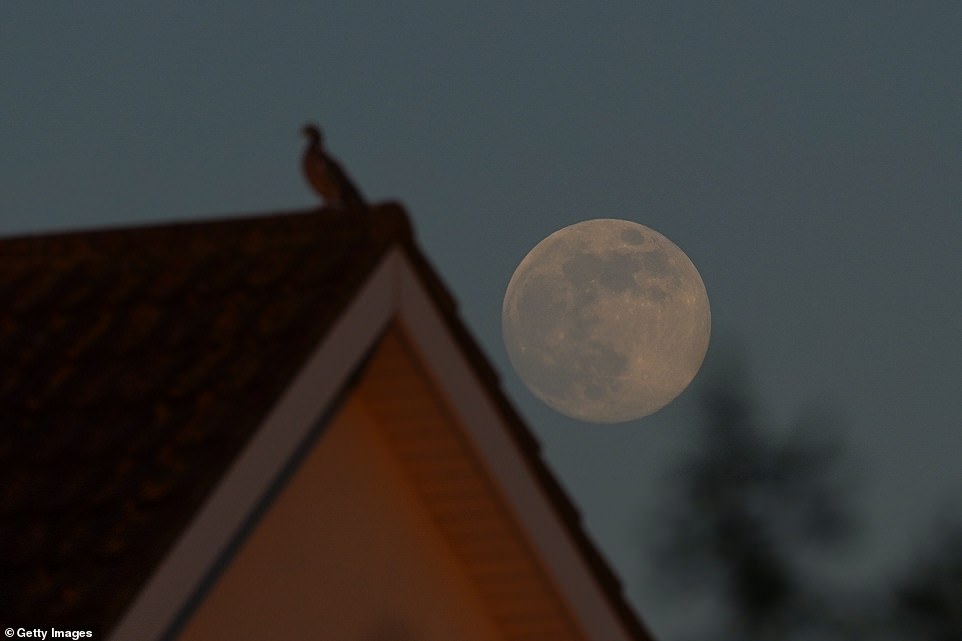 Supermoons occur when a full moon coincides with the moon arriving at its closest approach to Earth in orbit, magnifying its usual size and brightness within the sky by as much as 30%. 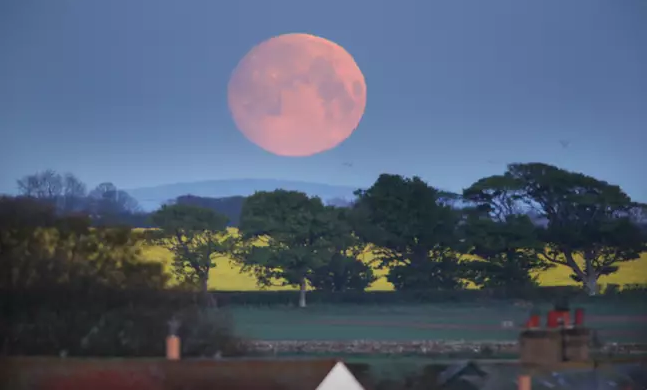 Tonight’s Flower Moon completes a run of supermoons over the past few months, starting with February’s Snow Moon, followed by March’s Worm Moon and April’s Pink Moon. The Flower Moon’s name honors the Native American tradition of using celestial events to trace the seasons, according to the Old Farmer’s Almanac, as the month of May is a time when frost subsides and plants bloom in the northern hemisphere.

Astronomer Deborah Byrd from EarthSky.org said: “The Moon appears full to the eye for two to three nights. However, astronomers regard the moon as full at a precisely defined instant, when the Moon is exactly 180 degrees opposite the sun in ecliptic longitude.” 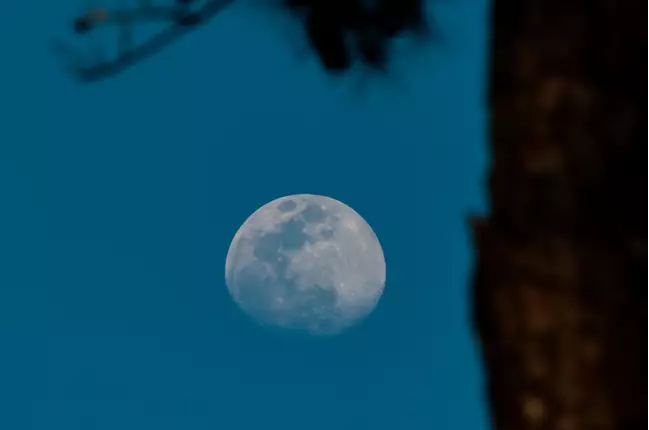 If you can’t step outside, or if clouds obscure your view, you can tune in to the Virtual Telescope Project’s live stream of the supermoon in Rome.

Greg Brown, an astronomer at the Royal Observatory, as reported by Daily Mail, said: ‘Technically the exact moment of full moon is 11.45am, however, the moon will not be visible in the sky in the UK at that time.’

Mr Brown said: ‘Times for moonrise and set vary slightly across the UK, but not by more than about 10 minutes or so.’

NASA explained: “Going by the seasons, as the second full Moon of spring, the Native American tribes of the northeastern United States called this the Flower Moon, as flowers are abundant this time of year in most of these areas.”
>

And as you do, don’t forget: NASA recommends “the wearing of suitably celebratory celestial attire.”

The next supermoon will be visible in April 2021, with the Flower Moon being the last one of 2020. Enjoy!

Grooming Fails: 25 Hilariously Failed Dog Haircuts During Quarantine Previous post
These 25 Things Are Way Bigger Than What You Might Have Imagined Them To Be Next post