If you have ever wonder what the gate of hell looks like, you can get a very clear vision of it in the deep heart of Turkmenistan’s the Karakum Desert. There you can see a fiery crater also known as ” The Gate of Hell” or ” Door to Hell” that has been glowing continuously day and night for over 50 years.

To know how this giant pit of fire ended there, you should look into the history of Turkmenistan. Back in 1971, when the country was part of the Soviet Union, Soviet engineers were searching for oil fields in the desert. They started drilling in the area searching a good quality of oil but quickly realized that they weren’t drilling into oil at all. Instead, their heavy rig was situated on top of a large pocket of natural gas that couldn’t support that immense weight and soon collapsed. That caused the entire camp to crumble into a giant bowl-shaped cavity called the Darvaza crater.

This event caused a huge problem for scientists. Not only did the collapse have a ripple effect that caused other multiple craters to open up, but natural gas was rapidly escaping. As natural gas is mainly made from methane, which sucks up oxygen and makes it hard to breathe, there was a real concern not only for wildlife but also for people living in the nearby village of Derweze. Their worst fears came true when a lot of animals living in the area started to die.

That’s when scientists sprung into action and decided to burn off the gas, as natural gas can’t be trapped. They expected the process to take a few weeks, but they were wrong—the flames have been burning ever since. In fact, scientists still don’t understand how much natural gas is fueling the fire. 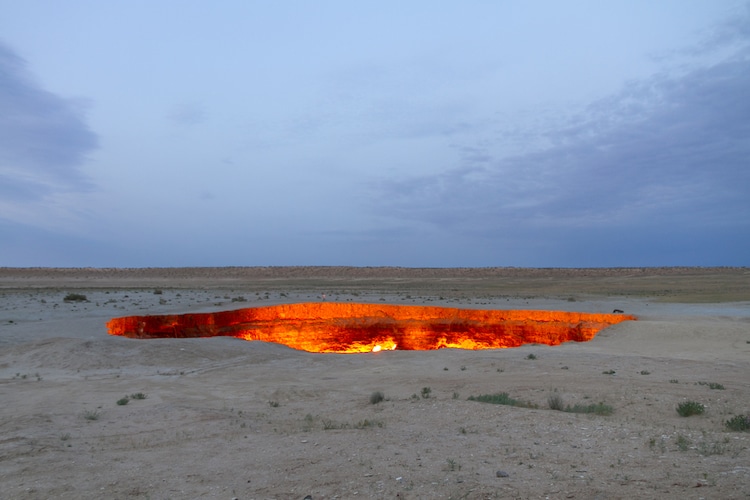 In 2010, Turkmenistan’s president, Gurbanguly Berdimuhamedow, visited the crater and said that it should be closed up. And in 2013 he declared the part of the desert containing the crater a natural reserve. However, as of today, the Gates of Hell still burn brightly and at night its wicked orange glow can be seen for miles. No action has been taken,  and the crater continues to burn, attracting unsuspecting wildlife and international tourists. 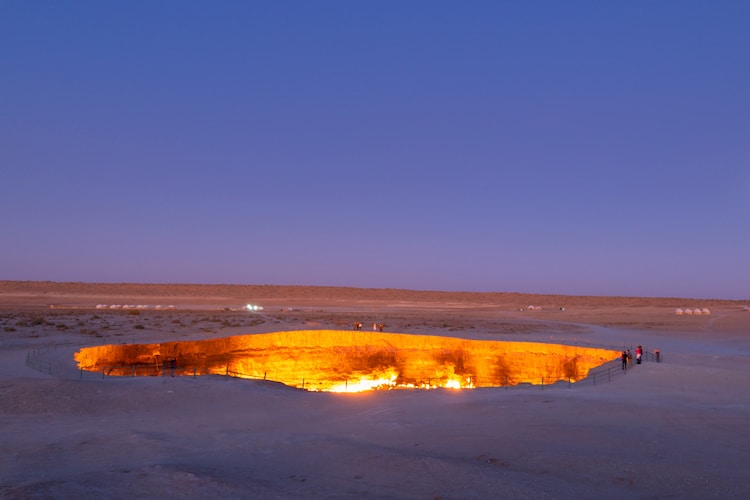 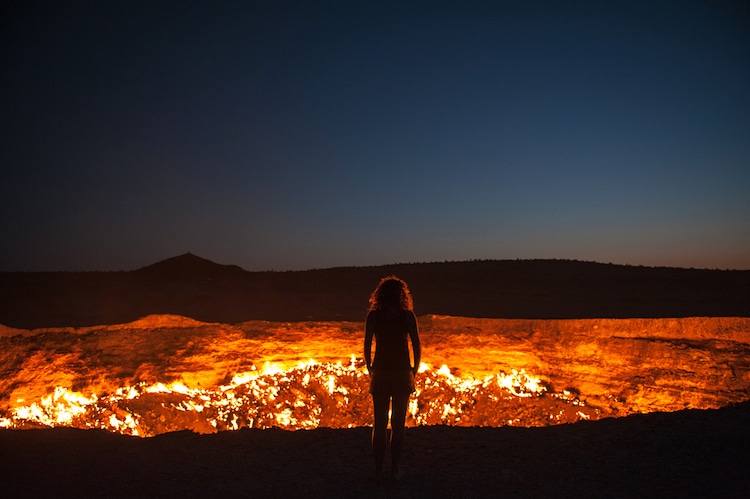