Hidden mysteries, unmatched adventure, and nature’s best-kept secrets, these are the first thoughts that come to mind when we think of ‘caves’. Nature never fails to leave us awestruck with its splendor and myriad wonders, and caves are undoubtedly one of its most magnificent creations.

There is truly no other place on the planet than the ocean depths that hides so much natural beauty than caves. These cavities and crevices deep within the mountains or beneath the earth are both majestic and mysterious. Below are the top ten greatest natural caves on the planet. 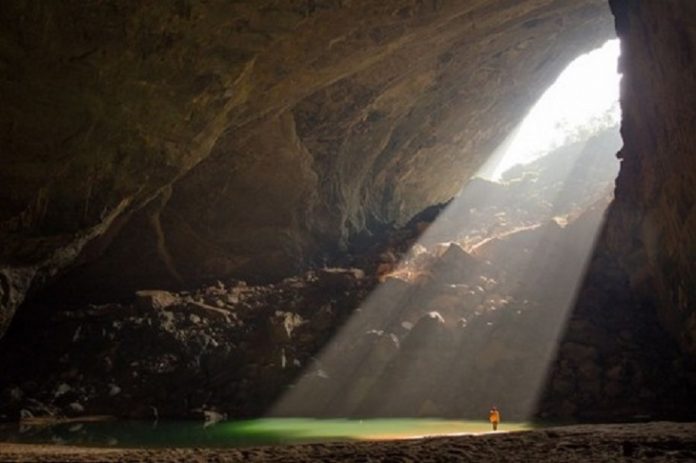 This is the largest cave in the world. It’s millions of years old and the result of the gradual erosion of limestone beneath the mountains by river water. Huge natural skylights were also created when sections of the ceiling collapsed. This cave contains its own jungle, river, and climate. It is a world within itself. The cave also has some of the tallest stalagmites in the world. The Son Doong Cave is also the home of an up-and-coming tourist attraction known as The Great Wall of Vietnam. This significantly large calcite wall once hid a number of unusually large cave pearls the size of major league baseballs. 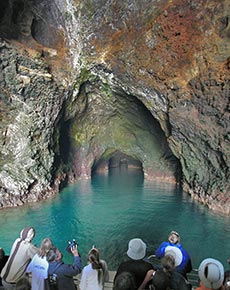 This sea cave is located within the popular Channel Islands National Park on Santa Cruz Island, California. The colorful walls therein are due to a combination of certain algae, lichens, and rocks. It’s one of the longest and deepest of its kind and is bedecked with multi-colored flowers. Here, with the aid of flashlights, visitors can go kayaking. The best time to visit is during the spring. For it is then that you will see the striking waterfall over the entrance. 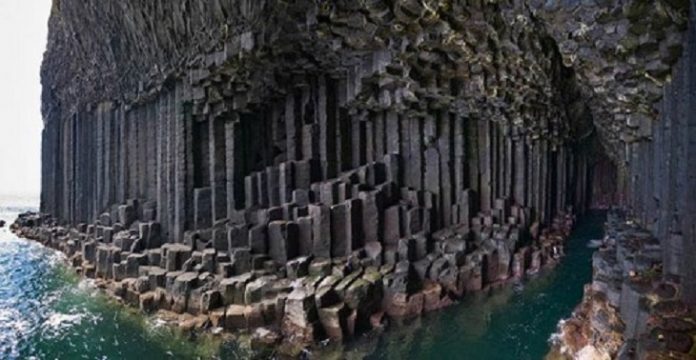 Found in Scotland’s Staffa Island within the Inner Hebrides, Fingal’s Cave consists of hexagonal-shaped jointed basalt columns. These unique columns serve as a natural walkway for visiting explorers. The gradual cooling and solidification of lava on the surfaces caused fracturing and contractions which led to the unusual shape of the walls. The cave’s size, its arched roof, and the ever-present echo of the waves create a truly cathedral-like atmosphere within this cave that overlooks the sea. 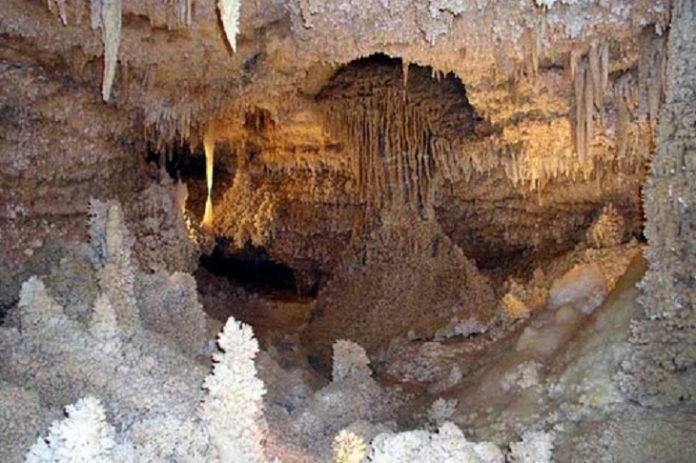 These caverns in Sonora, Texas have been called one of America’s most beautiful places. The caves include a natural walking trail, memorable crystal formations, and many densely packed helictites that are rare in both their complexity and purity. Unfortunately, in 2006 a tourist vandalized the cave’s most famous formation, The Butterfly. Still, the left side remains, and other formations are growing as you read this. 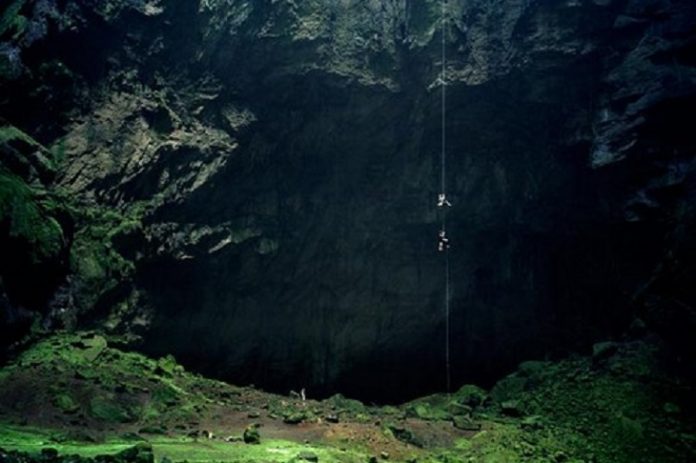 This conical-shaped vertical caving is a popular destination in Mexico. It is the result of water erosion that occurred in a specific fault in a large plain of limestone. The cave walls are riddled with holes that provide homes for white-collared swifts. These birds are related to green parakeets, hummingbirds, and swallows. The giant elliptical opening that leads to the cave shaft is large enough to contain one of New York City’s skyscrapers. Fans of extreme sports visit this famous foliaged cave to engage in the BASE and free fall jumping. 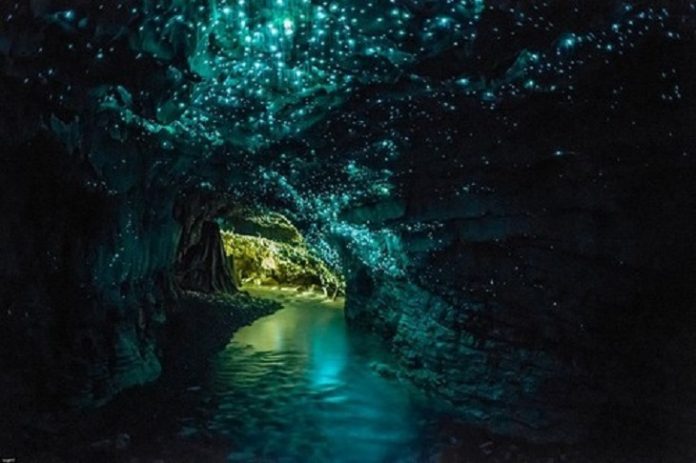 Also known as The Waitomo Glow-worm caves, these caves provide homes to countless bioluminescent glow worms that reportedly never, ever leave. They use their glow to attract prey. They also trap their prey by hanging gooey, sticky strands of mucous. Enjoy a silent ride through the caves. Take in the sight of the glowing worms on the walls and ceilings. They look almost like stars. The effect is out of this world. It is a world-famous tourist spot. 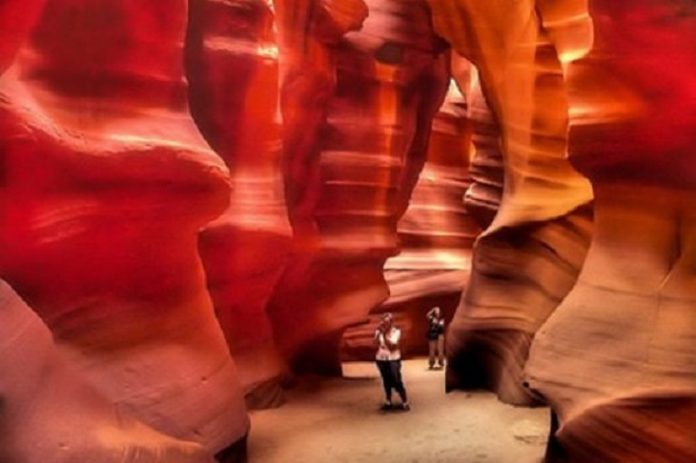 This slot canyon is situated on Navajo property close to Page, Arizona. The smooth edges and deep corridors are the results of the gradual erosion of the sandstone. The rock has a distinct flowing shape to it and the rock contains several different shades of orange, pink, and red. In the Upper Antelope Canyon, the colors are even more vibrant in the summer. It’s then that the direct sun shines down from the canyon top’s openings. They are muted in the Lower Antelope Canyon. The former attracts most of the tourists but photographers also enjoy the latter because of the spiral rock arches there. 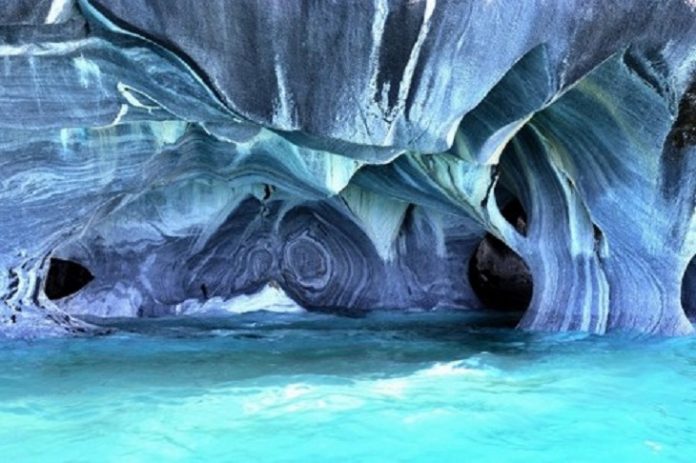 Located in Patagonia, the Marble Caves is a group of unusual islands with openings that lead to intriguing tunnels, columns, and caverns of marble formed by the wave action from the waters of Lake General Carrera. Take a boat through the cavernous chambers and see the swirling grey and blue patterns of the labyrinthine walls and the turquoise water. Witness as the bright sunlight peeks in to make the crystals on the walls brightly shimmer and the azure water sparkle.

The Caves of Algarve, Portugal 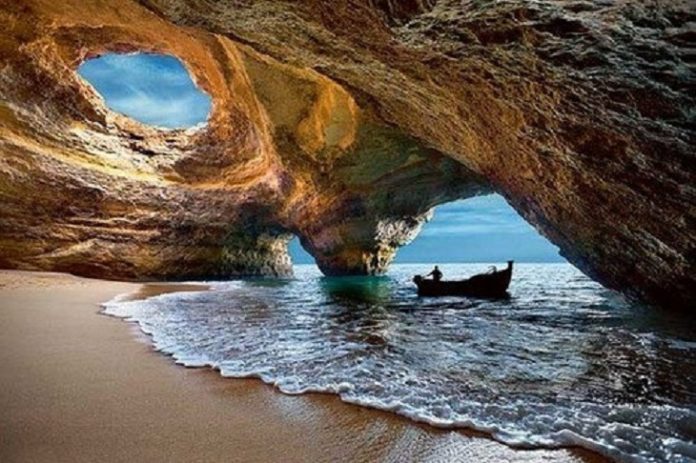 The coastline of Algarve, located in the southernmost section of Portugal, is rich with scenic grottoes, hollows, and caves carved into the limestone. Most of the beautiful caves can be found close to Lagos on the isolated beaches. You can visit them via boat or dinghy.  Perhaps the most popular one is Benagil’s Algar. The various sand shades, textures, and dimensions of the complex rock formations, and the crystalline water provide a truly picturesque experience, especially during the day when the constantly changing light filters in through the holes to make one’s view even more impressive. 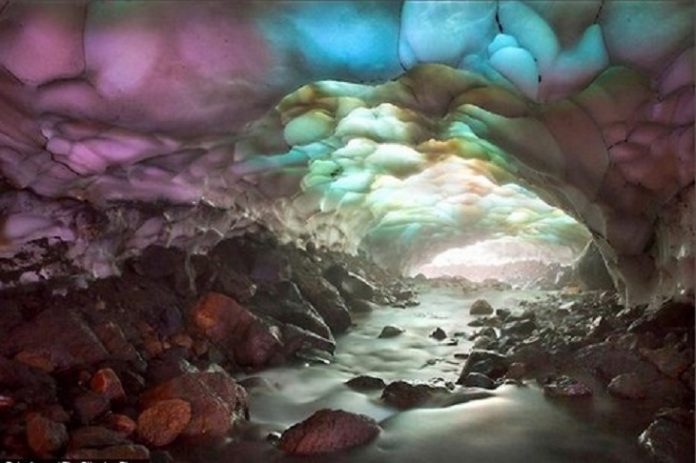 Many seasoned travelers already know all about the remarkable crystalline ice caves in Iceland, Austria, and other parts of the planet. Ah, but the stunning ice cave found on near the Mutnovsky Volcano on the Kamchatka Peninsula, is unique. It juxtaposes fire and ice. The cave is carved out of a giant glacier by a local underground river originating from a hot spring that rises from the famous volcano. The ceiling and walls are composed of compacted snow. It includes icy windows and an almost see-through roof so the beams of light bring out several undulating, vivid colors.