Interesting Facts About Disney Princesses Every Fan Should Know

Most of the kids around the world have a stage in their lives when they’re mesmerized over Disney princesses. They want to dress like them, have toys, books, or even their bedroom in a princess theme. They pick up a character and become them when they’re playing with their friends.

But I bet there are a lot of facts about Disney princesses you didn’t know, and the good news is that you’re about to find it out right away.

Scroll down below for some Disney facts that will totally blow your mind.

1. Beyoncé almost voiced the princess in Princess and the Frog: We’ll never get over the fact that she could’ve been a Disney princess. According to casting director, Jen Rudin, Queen Bey refused to audition. In the end, the role went to Anika Noni Rose.

This was the late Adriana Caselotti, the actress who voiced Snow White. Over the course of filming the full-length film, she only made a total of $970. And get this: the movie was over budget.

3. There’s a reason Belle wears blue in Beauty and the Beast:

If you were to watch the movie now, you’d notice that Belle is the only person in her hometown to wear blue. This color signifies that she’s an outsider, which means that the Beast is also wearing blue when they meet.

Her movie may be the oldest (made in 1937), but she’s the youngest princess at 14 years old. Following this is Jasmine who’s 15 years old; Ariel, Aurora, Merida, and Mulan, who are all 16 years old. Cinderella and Tiana are the oldest at 19.

5. The new software was created to make Merida’s curls in Brave: When Pixar makes a movie, they go all out. They want their movies to look as best as they can possibly be.

Merida’s hair was made up of 1,500 individually sculpted curves, explained Claudia Chung, the film’s simulation

These curves were programmed to “bounce and interact in relation to one another via a new software system.” There was also another software program that was created to make the hair look more realistic by reacting to Merida’s movements and surroundings.

He admitted this to Ilene Woods, the voice of the original Cinderella.

“Once I went into his office and he said to me, ‘You’re my favorite heroine, you know.’ I said, ‘You mean Cinderella?’ ‘Yes,’ he said, ‘there’s something about that story I associate with.’” Turns out, the studio thought that a pink dress would sell more toys.

“Certainly, there is a lot of merchandising that goes on with these movies,” explained the film’s co-director Ron Clements.

“And sometimes the merchandising people will say, ‘Jasmine should wear a pink dress, because a pink dress will sell more than a blue dress,’” Clements revealed.

“But we don’t try to be influenced by that.”

Phew. Blue is so Jasmine’s color.

8. There’s a reason Belle’s hair is out of place in Beauty in the Beast: You may have noticed that Belle is different from the other Disney princesses.

The film’s screenwriter, Linda Woolverton, explained that she didn’t want Belle to be perfect. “It was important that not every hair be in place.”

9. Ariel was almost blonde in The Little Mermaid: She even had the lighter ‘do in the film’s first thumbnail sketches.

But Jodi Benson, the voice of the original Ariel, revealed that the makers changed their tune once they realized that they could have their first red-headed Disney princess.

10. Mulan is based on an ancient Chinese legend: Like many Disney movies, Mulan, has a dark fairytale behind it. The film is based on the ancient Chinese tale of Hua Mulan, who returns home to find that her mother is remarried and her father has passed.

Not long after that, her identity as a woman is revealed.

As punishment, Mulan is forced to become a concubine.

This is where things get really dark: instead of this, she chooses to take her own life.

11. A lot of research went into Moana’s costume design:

Giphy | Moana
According to visual development artist Neysa Bové, the team wanted to get the history right.

“With Moana, we did so much research with the Pacific Islands as far as what materials they had at that time.”

“This is supposed to be taking place 2,000 years ago, so we didn’t really have any photo reference of what they were at the time,” she continued. “But we did get some material reference from our Oceanic Trust.”

12. Princess Tiana unintentionally sent some kids to the hospital: You have to kiss a few frogs to get Prince Charming salmonella.

This is what happened to 50 young fans who went around doing just that following the film’s release. Most girls were under the age of 10.

13. Disney princesses don’t make eye contact with each other: Disney
Instead of looking lovingly at one another in promotional materials, they just stare off in different directions. (The only exception is this image from Wreck It Ralph).

According to Andy Mooney, the former Chairman of Disney Consumer Products, this is to ensure the sanctity of their “individual mythologies.” She may be the only one who is part of the official Disney Princess lineup, but Tiger Lily from Peter Pan was actually the first.

But most people forget about that very fact.

15. Sleeping Beauty has the least lines in a movie of any Disney princess: Disney
She only had 18 lines in the whole film!

This makes sense, though, considering the fact that homegirl was sleeping the whole time! She just needed her beauty sleep.

The name “Tiana” in both its Russian and Latin origin actually means “Princess”, which means technically she’s Princess Princess The Princess. Now that’s a mouthful!
17. Two princesses sound a bit different from the others.

You might have noticed that there are only two princesses who don’t have American accents. Obviously one immediately comes to mind, and that’s the Scottish accent of Merida.
The other is Aurora. We already know she had very few lines in her film, so you might’ve missed it when she did speak — Aurora has a British accent!
18. Rapunzel’s hair has some serious length. According to the film’s animators, Rapunzel’s hair is 70 feet long and would have weighed about 60 to 80 pounds in real life. She must have the world’s strongest neck muscles!
19. Ariel was modelled after a real actress. Actress Alyssa Milano revealed that Ariel was modeled after her appearance in the sitcom Who’s The Boss, and I can definitely see it! If she had red hair, they’d be pretty much identical!
20. Rapunzel’s hair has some serious length. 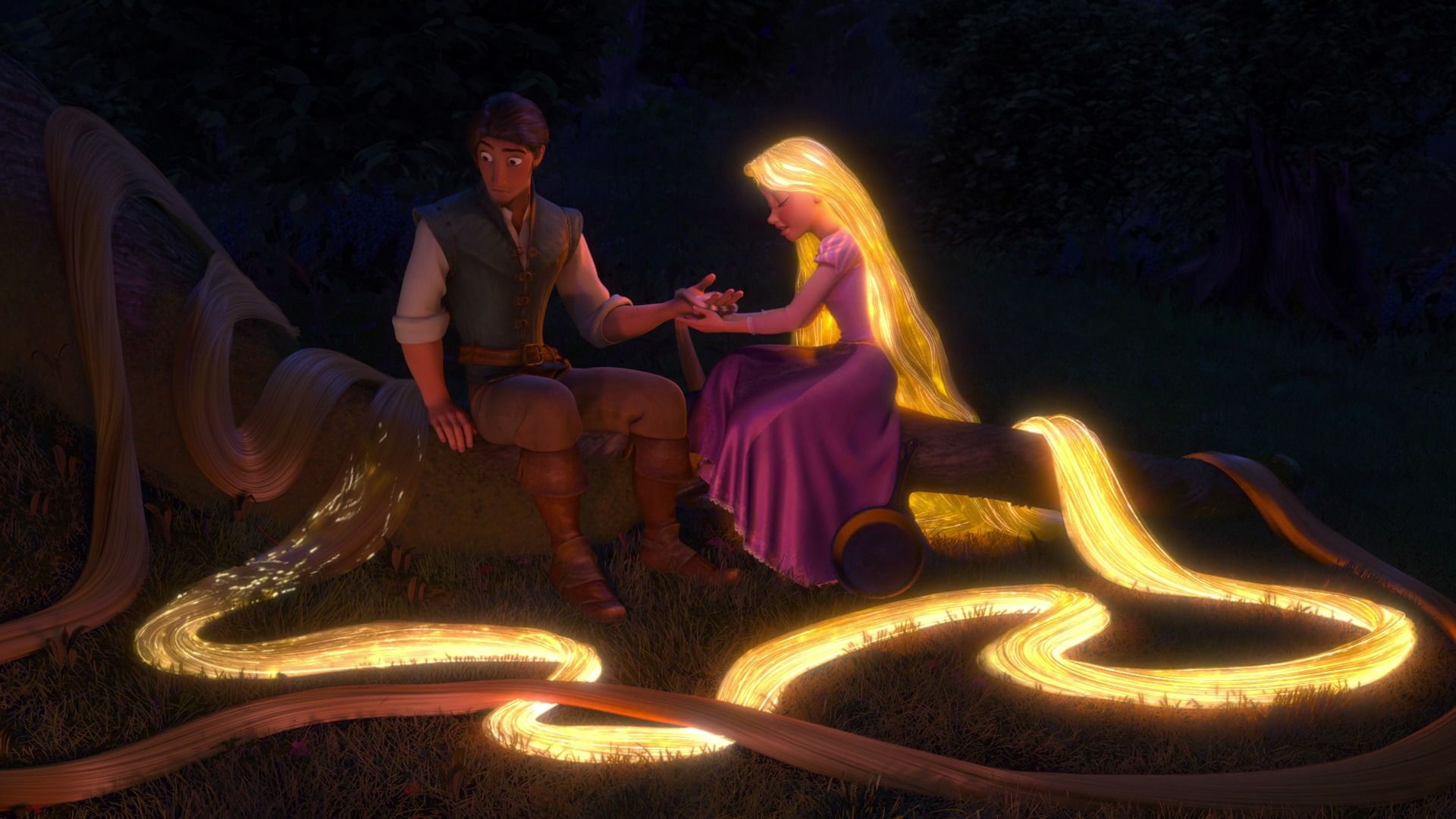 According to the film’s animators, Rapunzel’s hair is 70 feet long and would have weighed about 60 to 80 pounds in real life.

She must have the world’s strongest neck muscles!

Since we were kids, we got influenced by our parents/grandparents and the myths they told us. Society has grown through time, but there are some things that haven’t changed since the dawn of time. Things vary from culture to culture, but there are a lot of myths that people disguise as common knowledge, and we just follow them as an unwritten law. However, a lot of these myths are quite annoying. Considering the modern and technological advanced world we live in, we like to have proof of everything in order to believe it.

One reddit user, u/Eichberg, asked a question. What is an annoying myth people still believe? This question sparked some fire on the internet and around 20k people had something to share relating to it. A lot of people shared the myths they know or believe, and we made a list of some of them. Therefore, scroll down below to check it out. And if there’s another myth you know, feel free to use the comment section and share it with us.

Fish only have a 5-second memory. My fish are fed automatically on a timer and they know dinner time better than my goddamn cat. – Osr0

The Great Wall of China is the only man-made structure visible from space. First of all, it’s not, and second, other ones are.

EDIT: It’s not visible from space with the naked eye, defining “space” in the usual way as starting 62 miles up. – Plug_5

If you lift your hands above your head while pregnant you will strangle the baby. I am sure it was started by smart women who didn’t want to do all the housework while pregnant and tired. I still hear it every now and again. – Letmetellyowhat

Black belts have to register their fists as weapons… I can’t believe I was dumb enough to fall for that. What’s more interesting than that is one of the reasons (If not the only reason) that the myth propagated:

Wrestlers and well-known martial artists back in the day we’re constantly being challenged in their personal time at bars and stuff. This got super annoying and they just wanted to have peace without people trying to fight them all the time.

Many of these fighters learned that having a “lethal fists” card that they could display gave them an excuse to turn down fights without an argument for fear of “accidentally killing them”. It also worked as a deterrent.- codered434

Bulls get angry when they see the color red…- popthetab

That vaccines cause autism, are made by the government to control you etc etc – Bona-fide1·

It’s not really annoying per se but the tongue map thing. The entire tongue tastes all flavors – xXBlitzz

That you get warts from frogs. Warts come from the human papilloma virus and come from contact with the virus through broken skin. It is a human specific virus and cannot be spread through different species.

Edit: Apparently people don’t realize that toads are a type of frog. Yes, the myth is about toads but frogs can also be included if they have bumpy skin. Most people can’t tell the difference between toads and frogs anyway.-mtn-cat .

That violence in the world is getting worse and worse. Actually, in relation to the world’s population we live in the most non-violent era in history. The problem is that, while 500 years ago you might have not even heard all the news from within your city, we can now hear all the horrible news from all over the world (and we’re also more people). But still, human interaction and conflict in general is much less violent than it used to be. – mediocre_medstudent1

That if you touch a baby bird, its mother will abandon it because of the smell. Birds actually have a very bad sense of smell.- grmidnight

A lot of commonly believed stuff about the female reproductive system/anatomy, like vaginas getting loose if a woman has a lot of sex, or that having a lot of sex somehow drastically changes the look of a woman’s labia.-iswearimalady