Japanese underwater photographer Ryo Minemizu has dedicated his 20-year career to capturing some of the smallest organisms in the sea. He has been photographing precious and mesmerizing Plankton for 20 years!

Shooting primarily in the shadow of Mount Fuji in the Osezaki sea and off the Okinawa coast, Minemizu goes deep underwater to discover the beauty and diversity of these microscopic creatures.

Minemizu’s work focuses on the beauty and complexity of plankton, tiny plants, animals, and other organisms measuring 2mm to 40mm (0.08-1.57in) that float and drift through the bodies of water on our planet, unable to swim against currents.

At one time specialising in shooting for science journals, Minemizu decided to take his images to a wider public and in 2016 entered  and won the Nikkei National Geographic Photo Award. His new series, Jewels in the Night Sea, is now going on show in the Canon Galleries in Tokyo, Nagoya, and Osaka, and has also been published as a book.

His touring exhibition, Jewels in the Night Sea, opens at the Canon Gallery Giza in Tokyo on August 20, 2018, before moving to Nagoya and Osaka. Ryo Minemizu prints are available for sale via Fineprint Photo.

For over 20 years, underwater photographer Ryo Minemizu has challenged himself to capture the beauty of plankton. 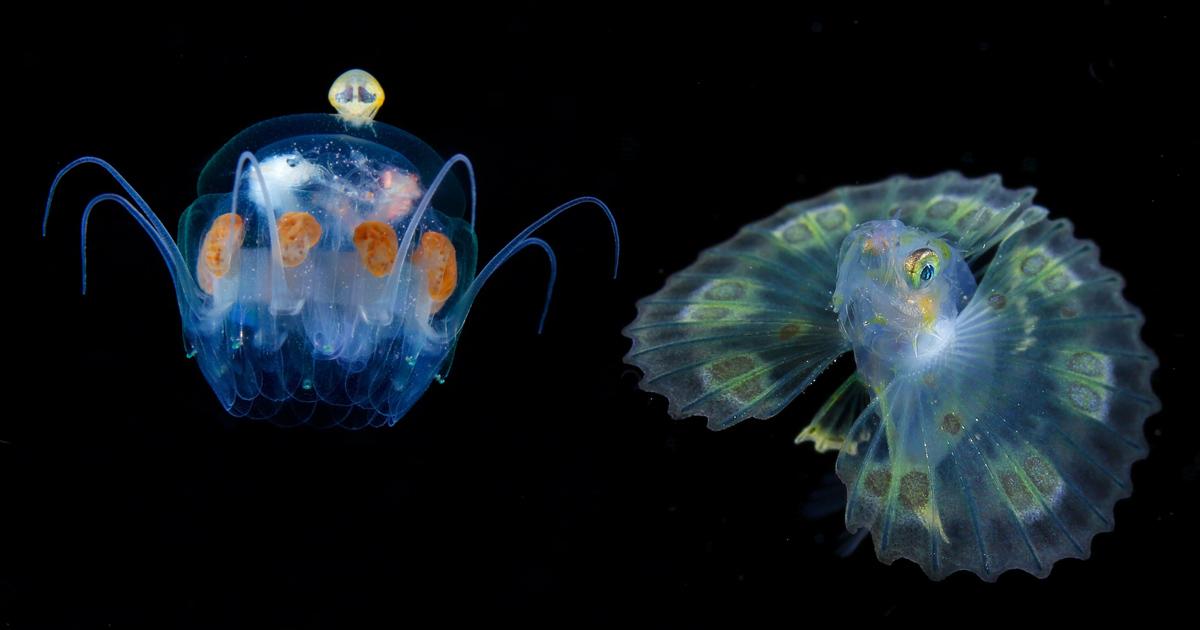 Plankton “symbolise how precious life is by their tiny existence,” says Japanese photographer Ryo Minemizu, who has been photographing them for 20 years

“Plankton are intriguing and beautiful creatures,” says Japanese photographer Ryo Minemizu. “They symbolise how precious life is by their tiny existence.” 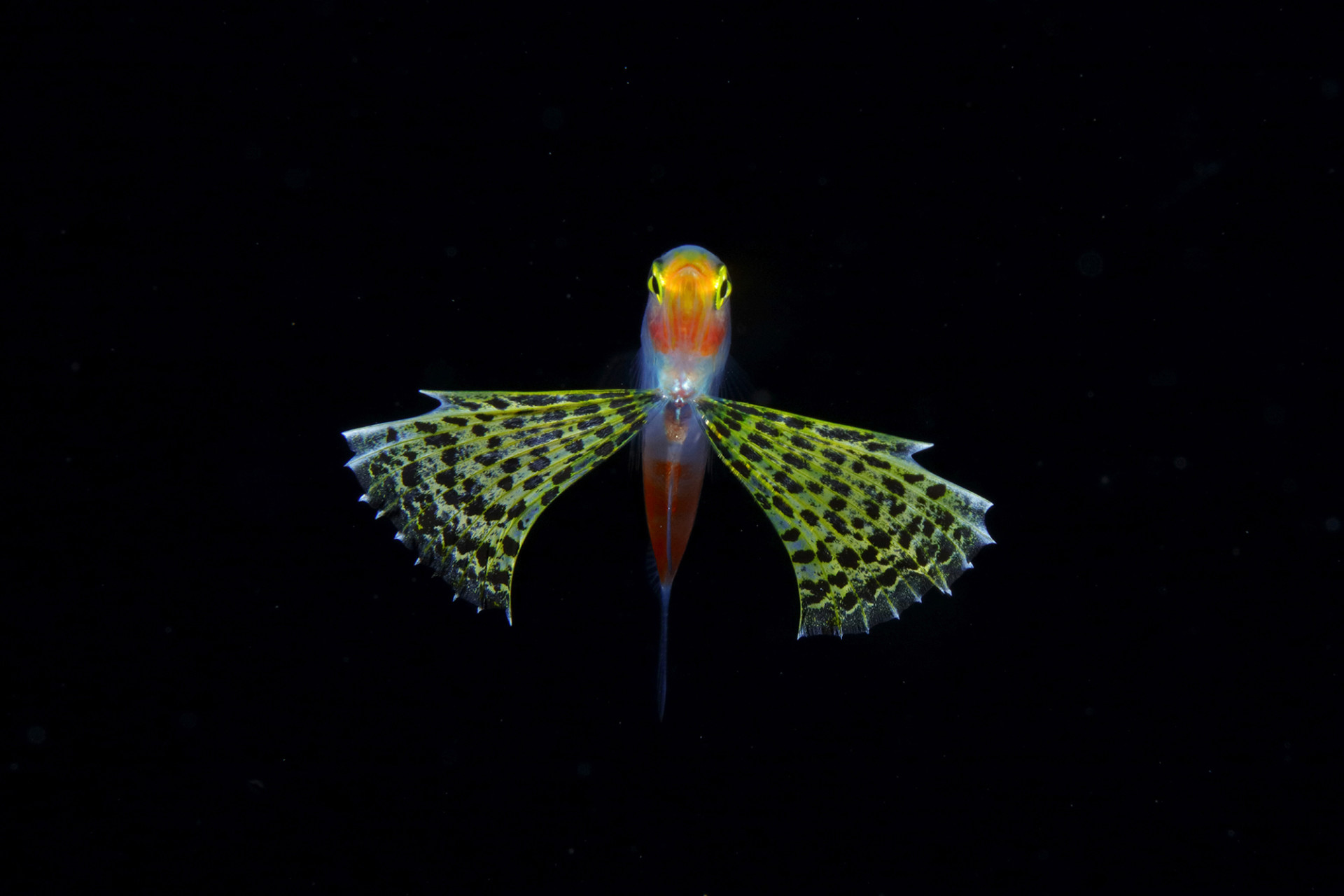 He’s been shooting plankton for 20 years, spending between two and eight hours underwater everyday recording the tiny creatures, which can be plants, animals, or other types of organism. Drifting in the ocean, unable to swim against the current, plankton are the most abundant life form on earth after bacteria, but measuring 2mm-40mm in size, are invisible to the naked eye. Minemizu has registered his own technique to photograph them, which he’s called Black Water Dive, and which involves setting a stage underwater using flashes and other forms of lighting. 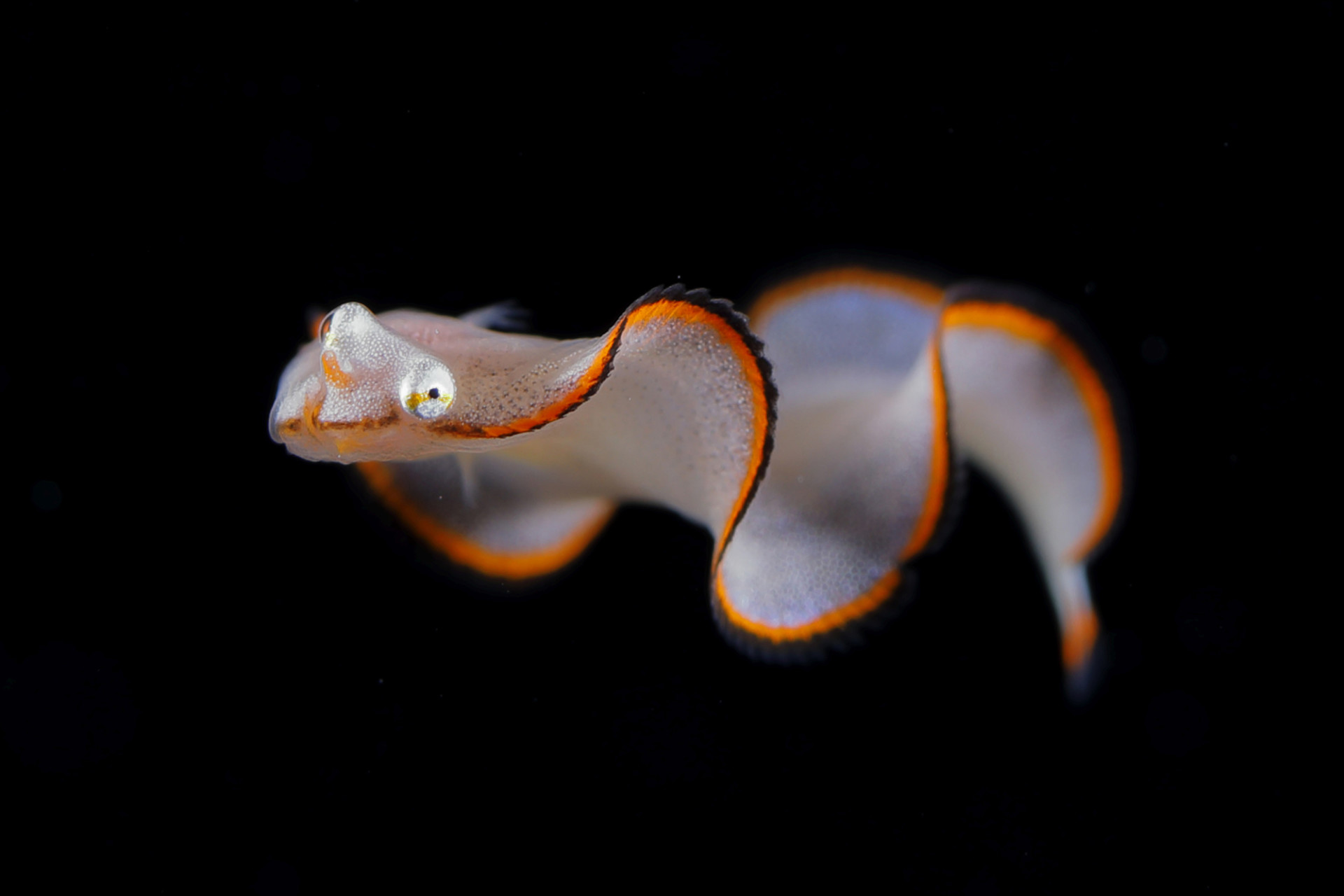 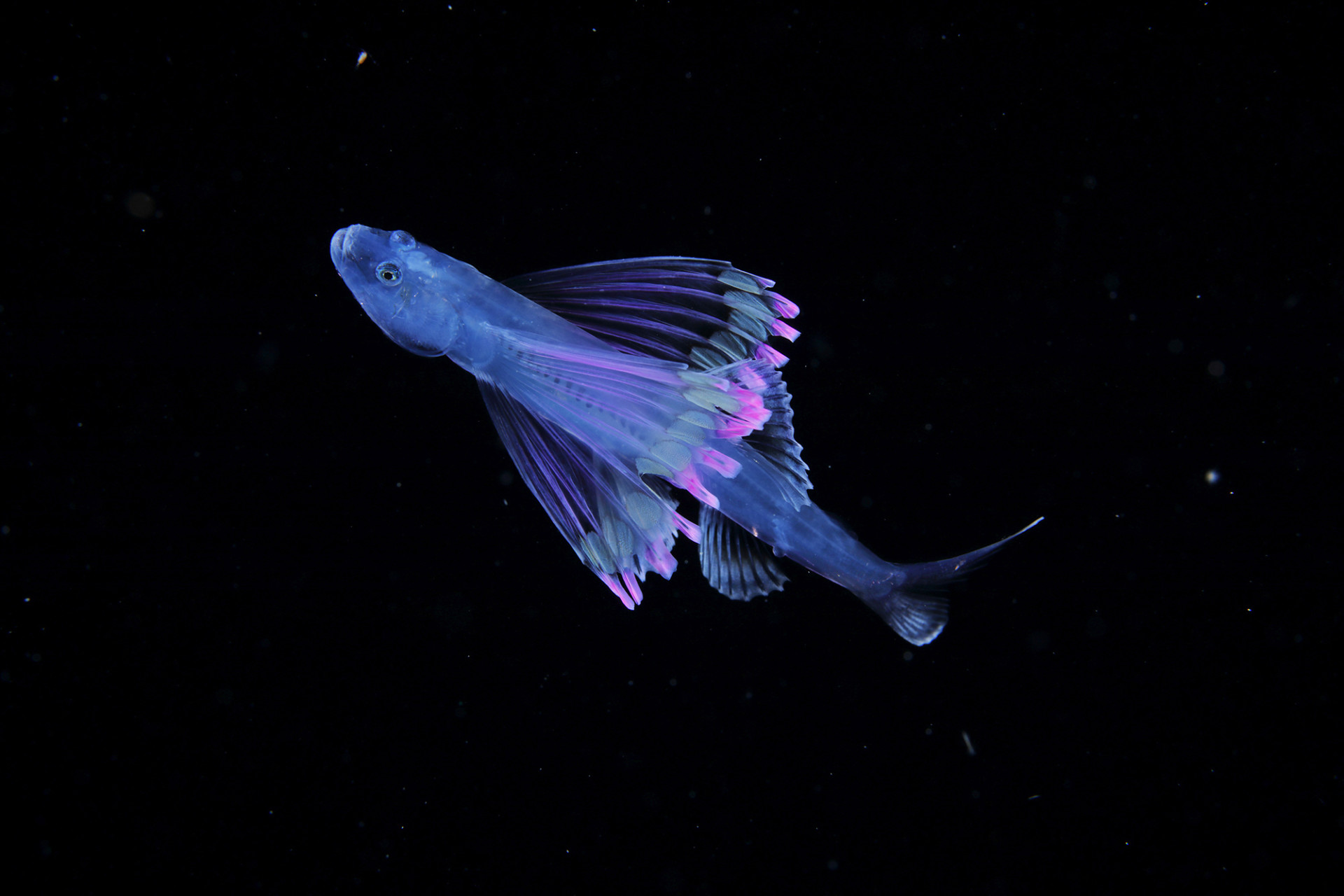 Unlike as now that being shed by the tide, when it comes to adults it is not moving at the bottom of the deep sea. – Ryo Minemizu

“I wanted other people to see them as they are in the sea–that was my motivation for beginning to shoot plankton underwater, which is quite a challenge. Most plankton are so small and their movements are hard to predict. I have devoted my past 20 years to presenting their tiny figures, colors, and textures to capture their vivid beauty.”

Minemizu’s photographs are full of detail. The plankton are so complex that it’s difficult to believe how small they actually are in size. Through his skilled and carefully thought out marine life photography, Minemizu is able to capture the vibrant colors and anatomical complexity of the plankton, which are some of the most abundant organisms on earth. And in doing so, he reminds us of just how vital these often unseen creatures are to the food chain. 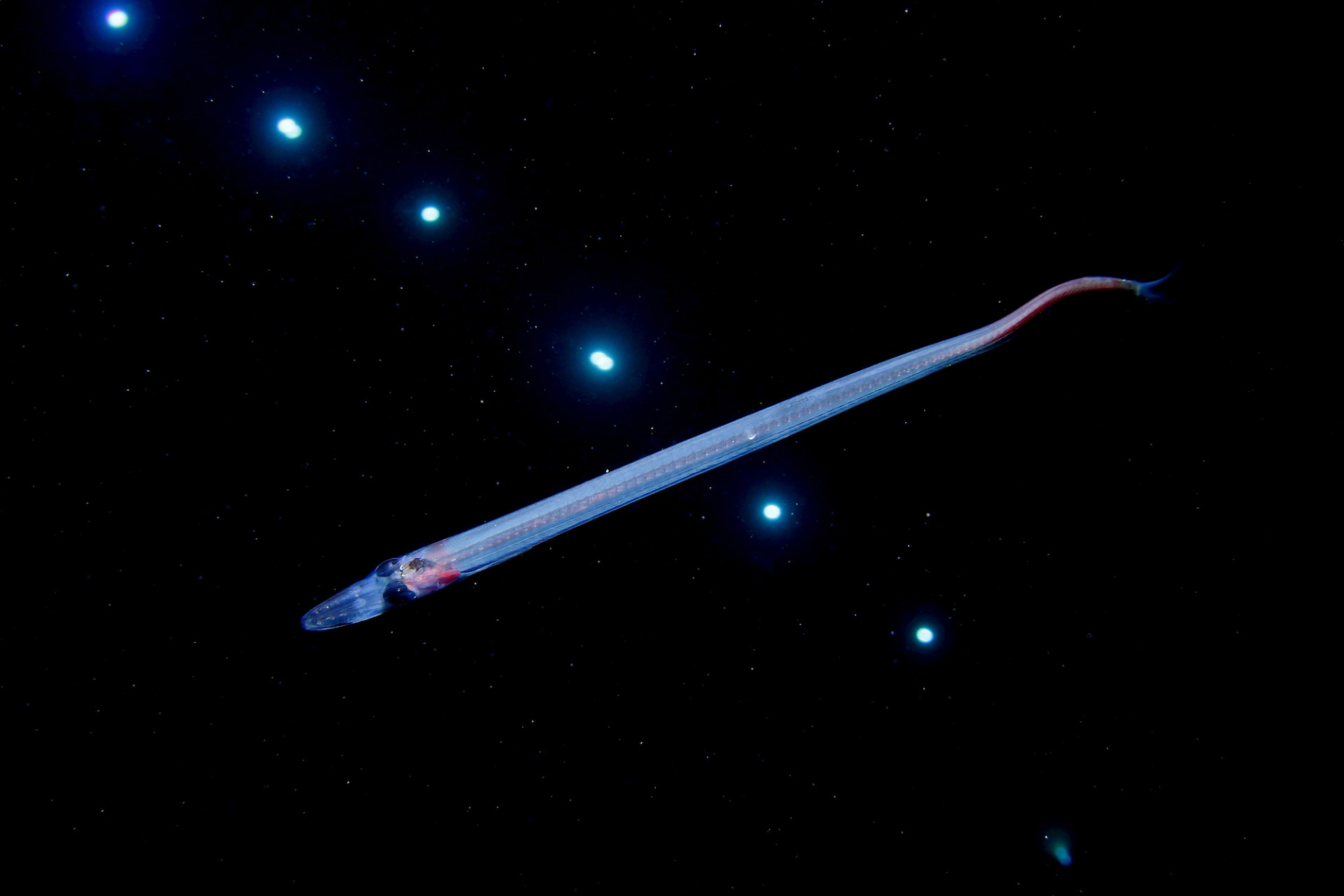 A kind of Paralepididae, which is approaching with interest in the light. – Ryo Minemizu 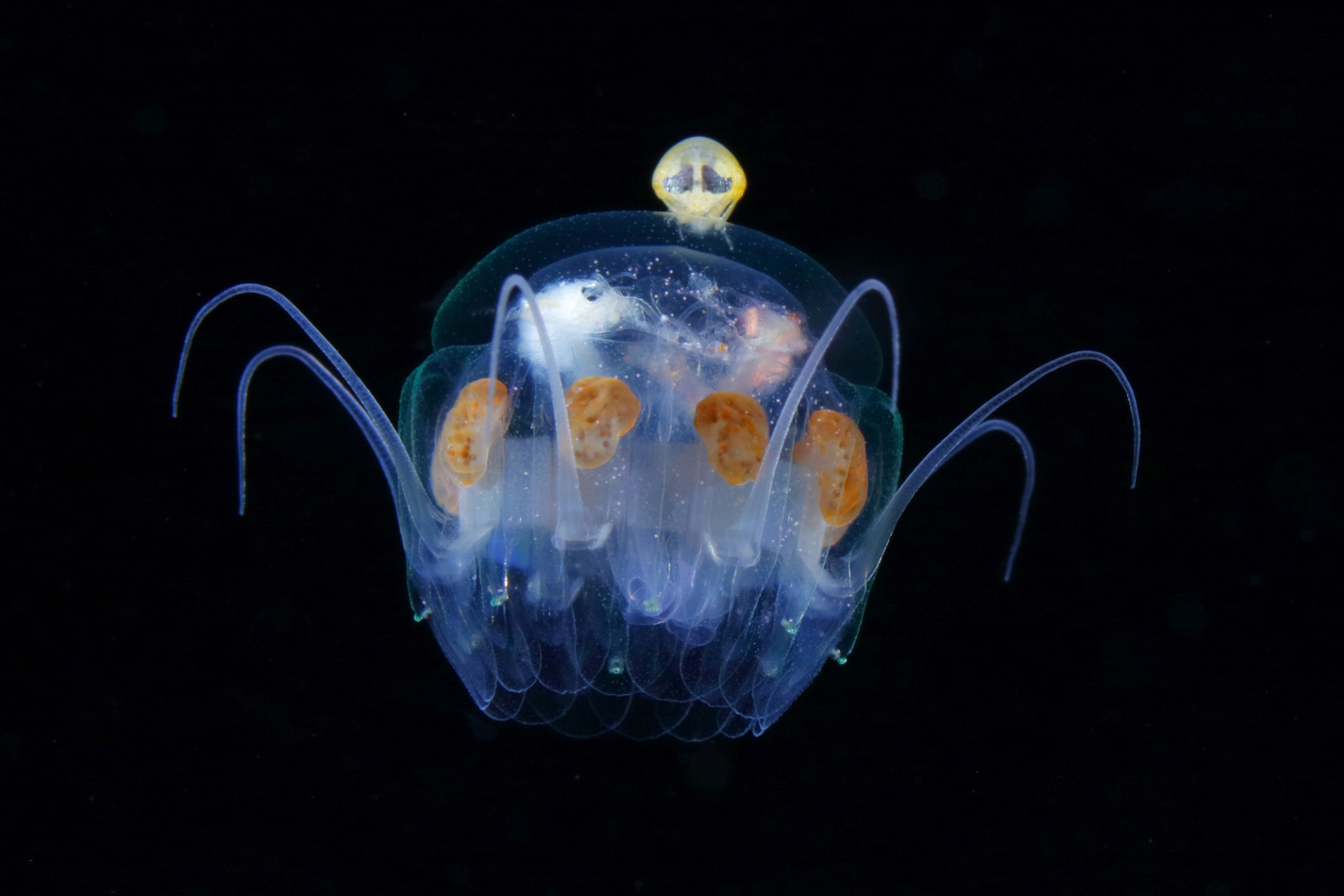 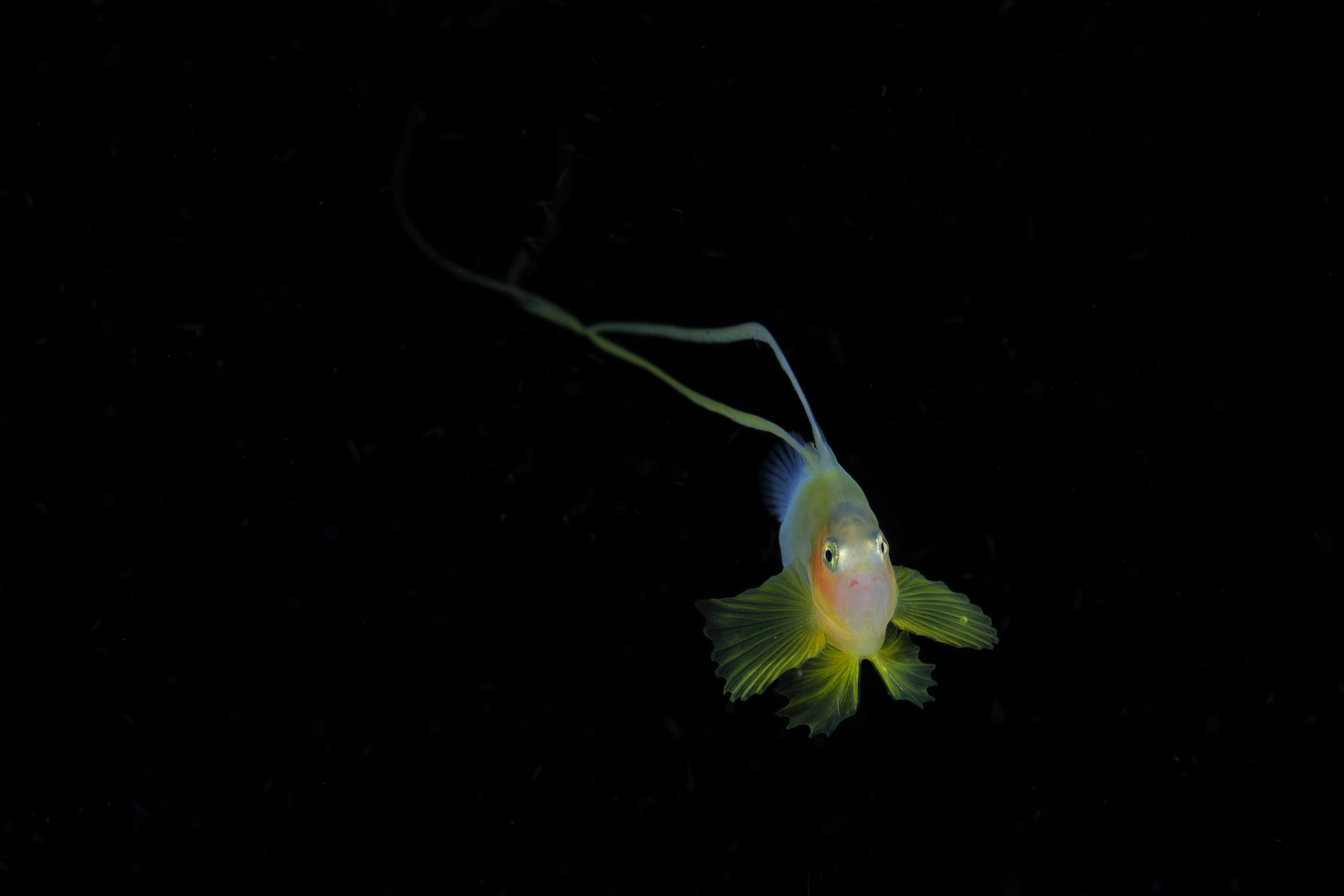 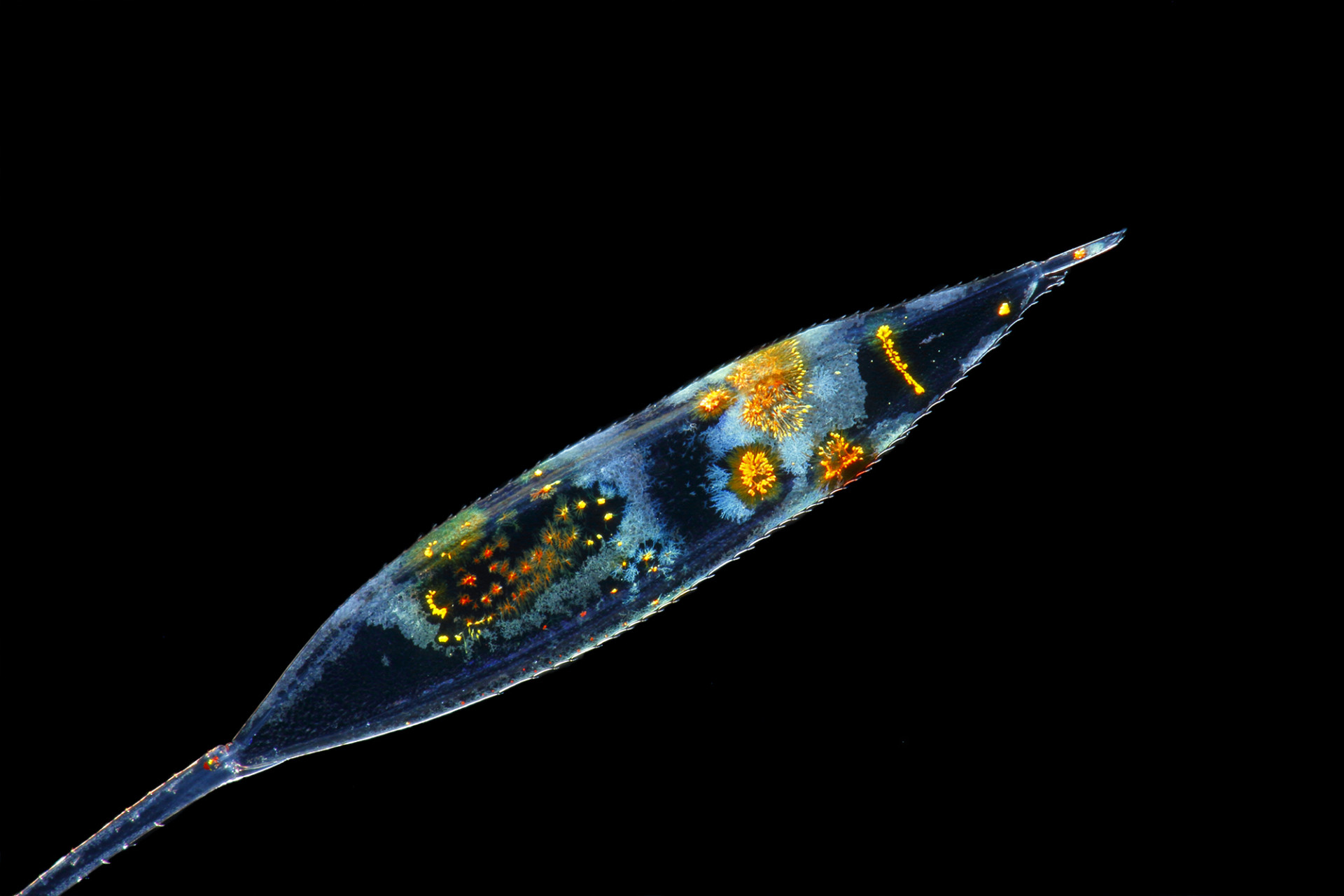 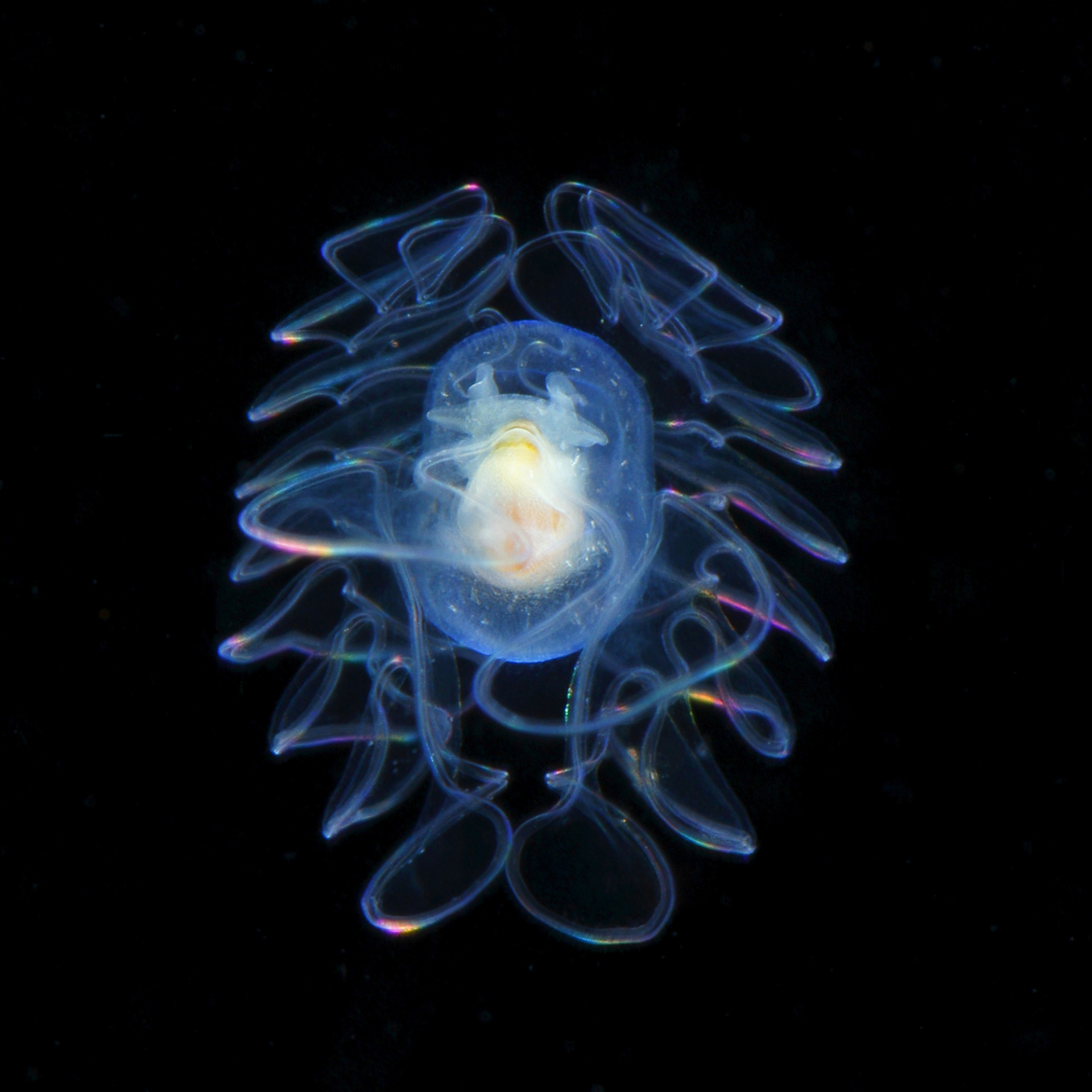 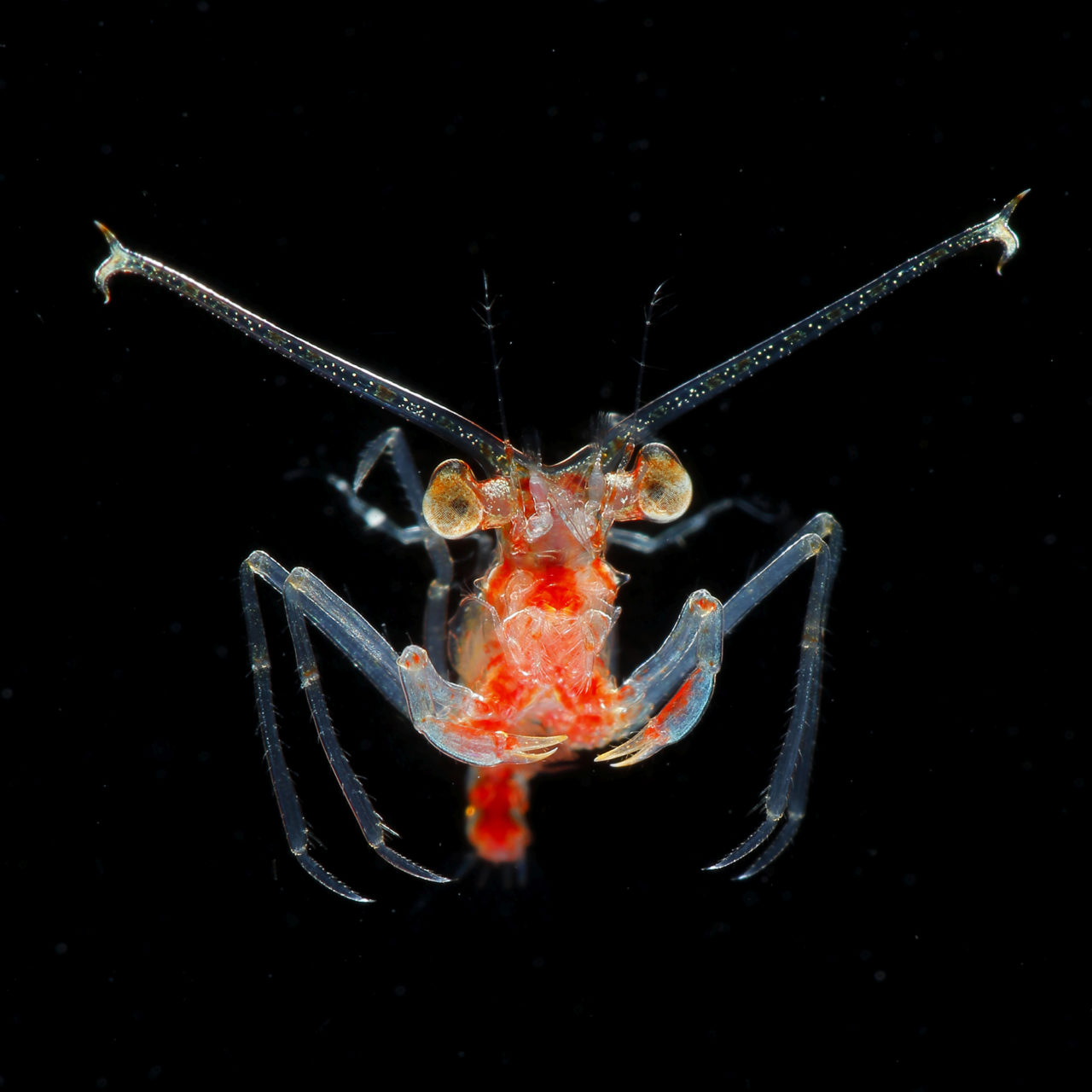 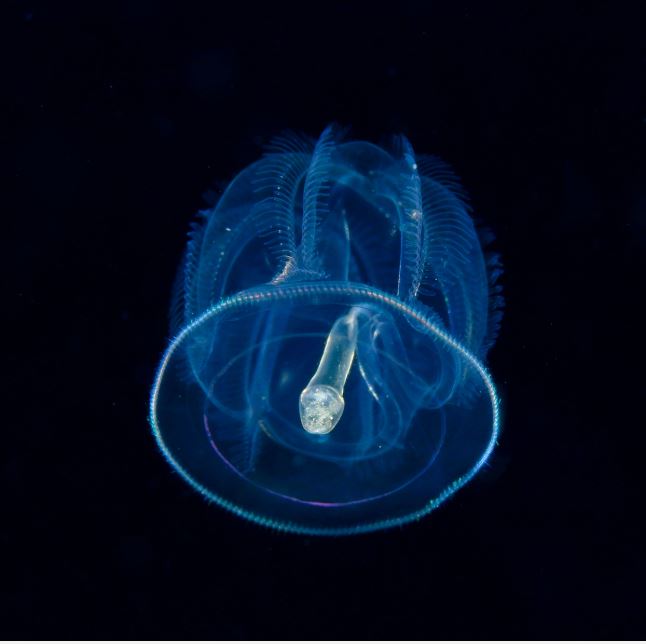