Meet Kea — The Clever Clown Of The Alps

Named by Maori for the sound of its call, the kea (Nestor notabilis) is endemic to the Southern Alps of New Zealand and is the world’s only mountain parrot. These sociable and highly intelligent birds are well adapted to their harsh environment. Unfortunately, the traits that kea developed for survival, their curiosity, and omnivorous appetite, have created conflict with humans over the last 150 years. Persecution and predation have sorely depleted numbers and, with only a few thousand birds remaining, the kea is a Nationally Endangered species. 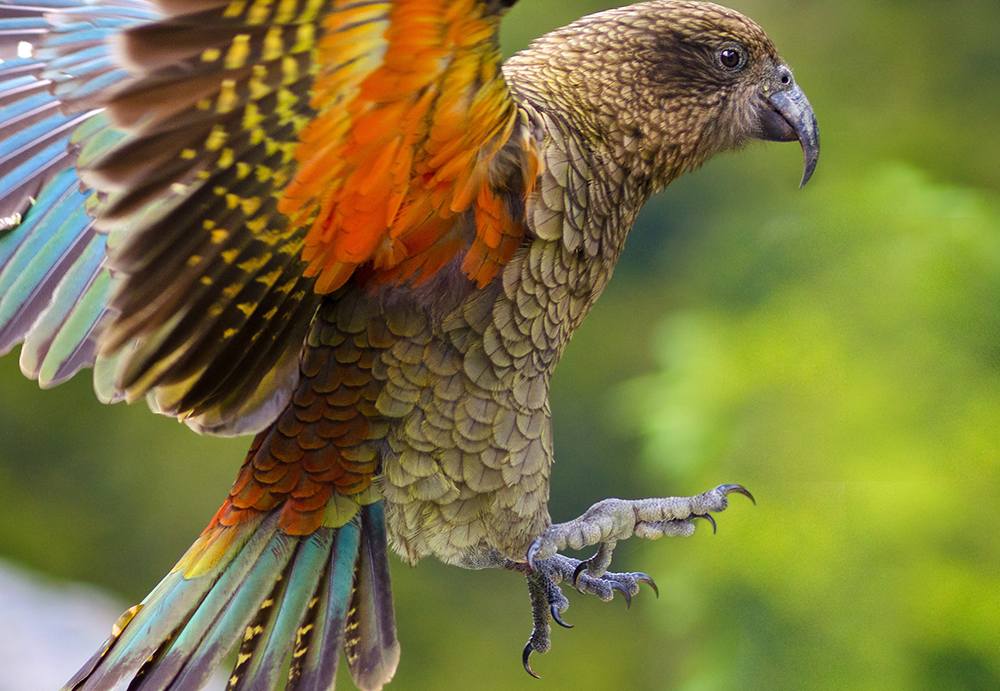 Kea’s curiosity for humans can lead them into peril or sickness too, according to BOTY — they’re often hit by cars, fed unnatural food, or poisoned by materials like lead after chewing on human-made things like houses and cars.

However, they’re smart, inquisitive creatures, no stranger to genuinely messing with humans.

Renowned conservationist, David Attenborough filmed a documentary called ‘The Smartest Parrot’ for BBC that portrayed this fascinating bird known to be one of the smartest and most playful of its species. This documentary on the Kea was filmed on the west coast of South Island, New Zealand.

An organization called the Kea Conservation Trust, are grateful for the recognition of this special bird on the nationally endangered list and also expressed their belief of the Kea being more of an ambassador of New Zealanders than the reclusive Kiwi.

Tamsin Orr-Walker, a co-founder of the Trust said, “A lot of people are saying the Kea should be our national bird because they so much epitomize what it is to be a New Zealander: adventurous and up for a challenge and maybe a bit misunderstood,” she said.

“I think New Zealanders are starting to realize how special Kea are; they are interactive birds and seek out humans which is very unusual. The fact they are declining from our mountains is alarming.” 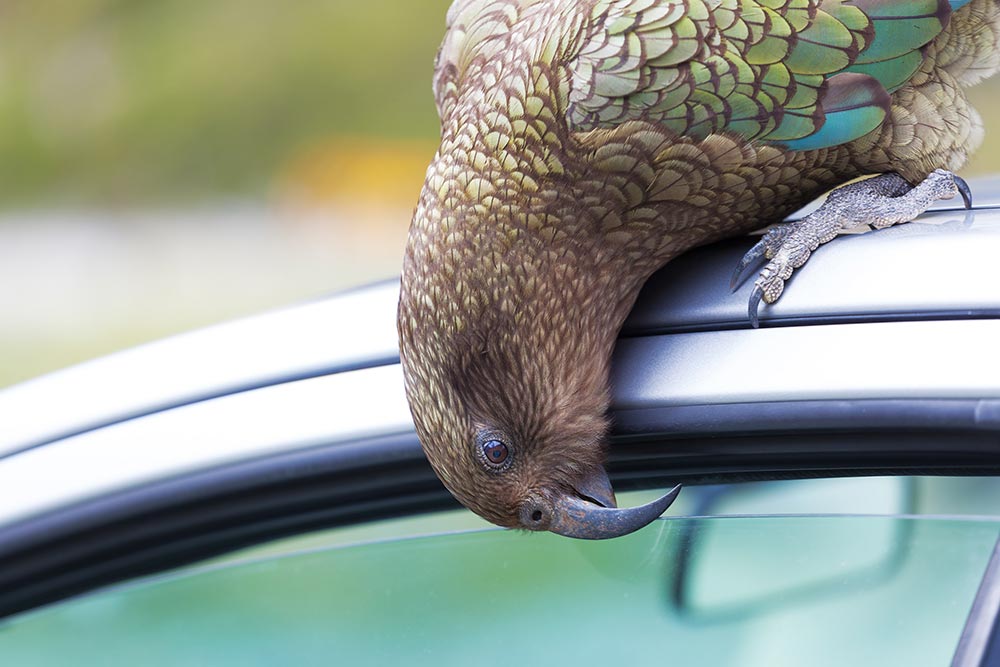 Current research from the Kea Conservation Trust determined that 2-thirds of chicks sadly do not achieve the fledgling phase as their nests are ground-based making them easy prey for stoats, rats, and possums. (incidentally, NZ government has promised to eradicate possums by 2050)

The kea is a large, strong-flying, olive-green parrot with scarlet underwings and a slender grey-black bill. Sexually dimorphic, female body mass is about 20% less than males and the bill is shorter. Juveniles have yellow ceres and eyelids, which fade to grey as the bird matures.

The commonest call is a long, loud, high-pitched descending cry which may be broken “kee-ee-aa-aa”, or unbroken “keeeeeaaaa”. Many quiet contact calls are given. Juvenile calls are less stable in tone, being more of a loud uncontrolled whooping or squealing.

Kea is unlikely to be confused with other species. Kaka is smaller, olive-brown, and very rarely seen above the timberline. They excavate the wood of live trees, whereas keas do not. Kaka has more varied calls, including fluting whistles and harsh grating ‘skraaarks’. The extremely rare and localized kakapo is larger, flightless, and nocturnal. It is yellow-green rather than olive-green and lacks a scarlet underwing. 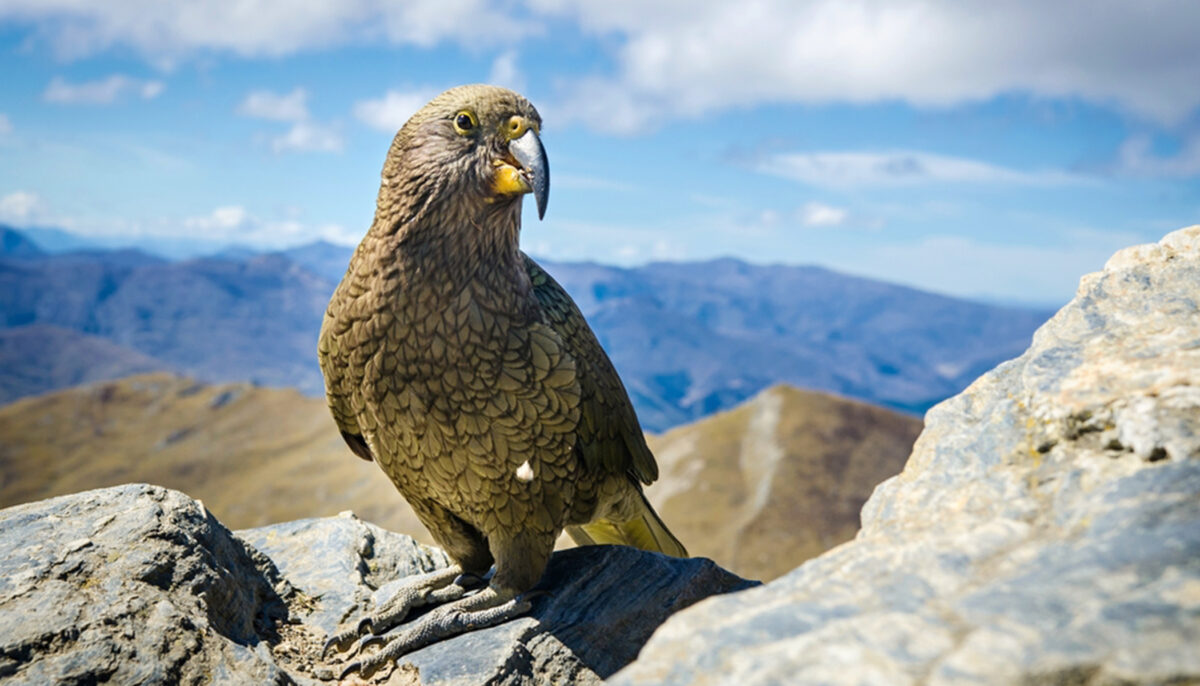 Kea range over about four million hectares along with the axial ranges of the South Island, from Farewell Spit to Waitutu, plus the Kaikoura Ranges. They can be found from coastal dunes to high alpine peaks, but are most common in montane forests and adjacent subalpine and alpine zones. They are absent from the Marlborough Sounds, Catlins, Blue Mountains, and both the North Island and Stewart Island.

Kea mainly nests within the native forest. Their foraging habitat includes all types of native forest, sub-alpine scrub, tussock, and herb-field. They socialize on prominent rocky outcrops and windy saddles above or below the timberline and are frequently reported in pine forests adjacent to native forests. 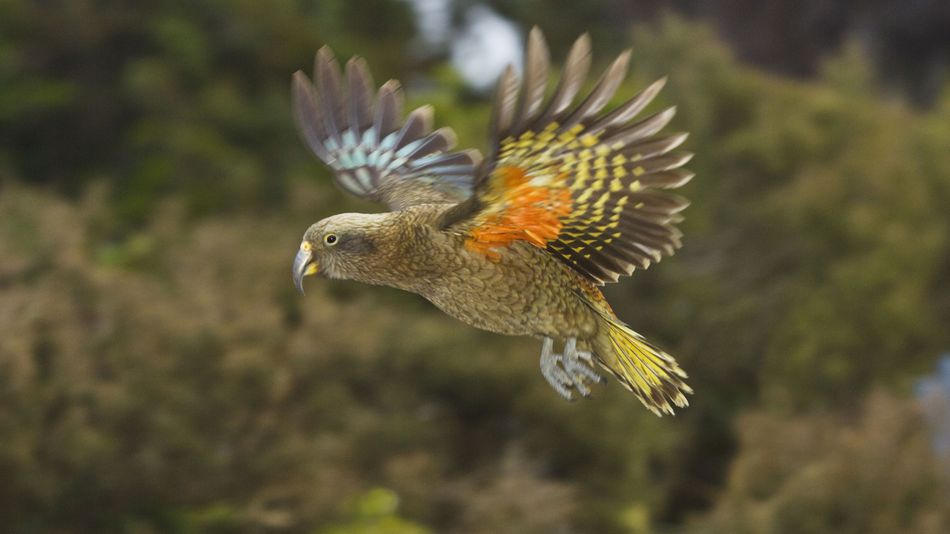 A new study suggests that one particular call — its warble — also seems to spread an infectious desire to play.

Much like you might chuckle along with a sitcom laugh track, the kea’s warble can make another kea extra rambunctious.

In the heights of Arthur’s Pass on New Zealand’s South Island, researchers played a number of tracks to the kea: A few standard kea calls, a nondescript electronic tone, the call of the South Island robin, and finally, the notorious kea warble.

According to the report’s co-author, Ximena Nelson, an associate professor at the University of Canterbury, the birds would spontaneously start playing at the sound of the warble, even when alone. They might throw a stone or engage in some aerial acrobatics. Just kea stuff.

“If they were in company, if they were beside another kea that wasn’t playing, they’d immediately go tackle the other kea,” she described. “It became quite clear that one particular call, the warbling call, was associated almost exclusively with one behavioral state — play.” 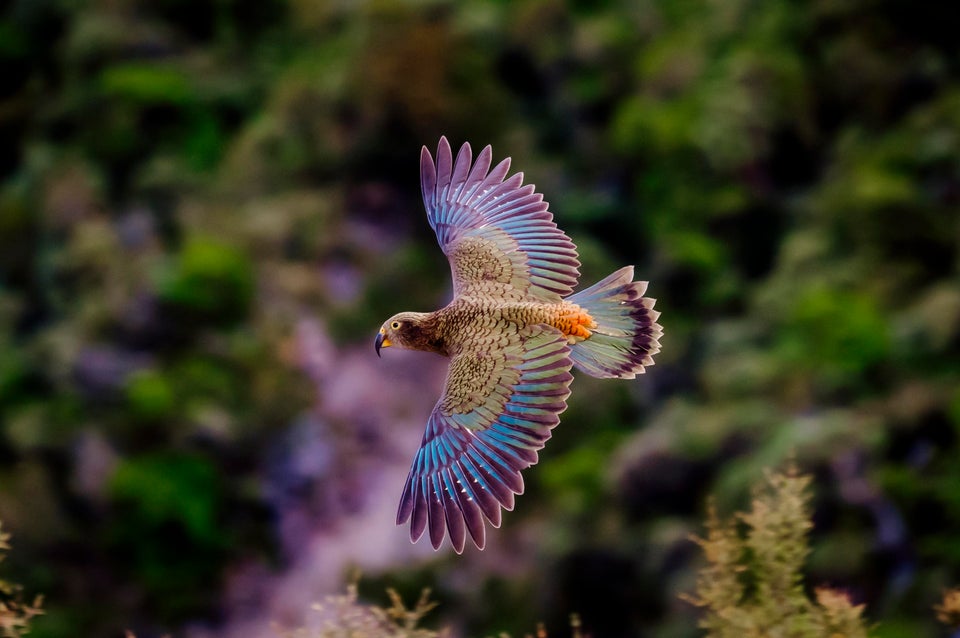 Published in Current Biology, the study suggests that keas display a concept called “positive emotional contagion.” In human terms, that’s the idea that hearing one person laugh will make you also want to laugh.

Alex Taylor, a senior lecturer at the University of Auckland who has studied the kea but was not involved with the report, said the next question is whether the warbling call leads to higher amounts of play and actually makes the kea feel more playful. In other words, whether positive emotional contagion is truly taking place.

“It looks an awful lot like it,” he said. “We just see play for a short amount of time, so that suggests it is positive emotional contagion. It’s looking very similar.”

Nelson also said the study doesn’t illuminate the bird’s feelings, but she argued determining such an emotional state is very tricky, even in humans. “A human might tell you that they feel [playful], but to demonstrate it is a different story altogether,” she said. “Of course, a kea can’t tell you.” 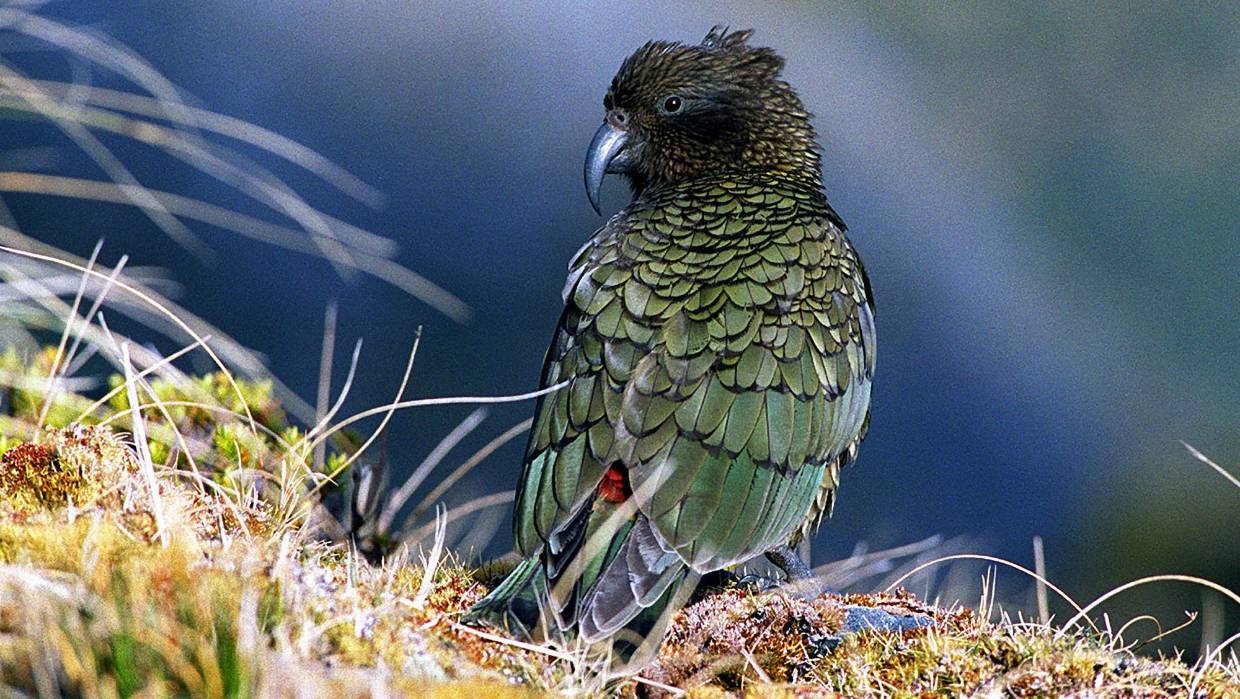 Many animals play for the sake of it or to test their boundaries, but mostly when young. The kea, on the other hand, maintains its high spirits into old age. But why? Nelson has a few theories: Firstly, keas are quite social animals with no real dominant hierarchy — no “pecking order, if you like.”

There’s also the fact that until feral animals were introduced in New Zealand — leaving keas officially considered vulnerable to extinction — the birds had very few problems. “In evolutionary terms, they probably didn’t have a huge amount to worry about in terms of predators,” she added. “So they probably had, if you like, a lot of time on their hands.”

One thing is clear: The kea’s level of play is quite remarkable compared to other birds and even other animals. “Play could be an outlet for social aggression, it could be a way to build social bonds. With the kea, it’s really hard to know,” said Taylor.

In any case, the next time you hear a kea warble, consider this permission to stop and do something fun, just for the hell of it.