Not For The Faint-Hearted: Terrifying 4,600ft Cliffside Glass Skywalk Opens ABOVE Clouds In China

This stomach-wrenching glass walkway sees brave tourists get a chance to look down on the 1000ft drop below them.

The perilous skywalk – a nightmare for anyone susceptible to vertigo – has finally opened up to the public this week.

Adventurous hikers will have to brave glaring straight down at the 4,600ft plunge for more than 100 meters as the walkway threads through the Zhangjiajie National Forest Park, in China’s Hunan Province.

A glass walkway measuring 164 feet long has just opened, at a staggering height of 1,968 feet.

Perched on the side of a cliff, this new path promises views in every direction if you can pluck up the courage to cross it. 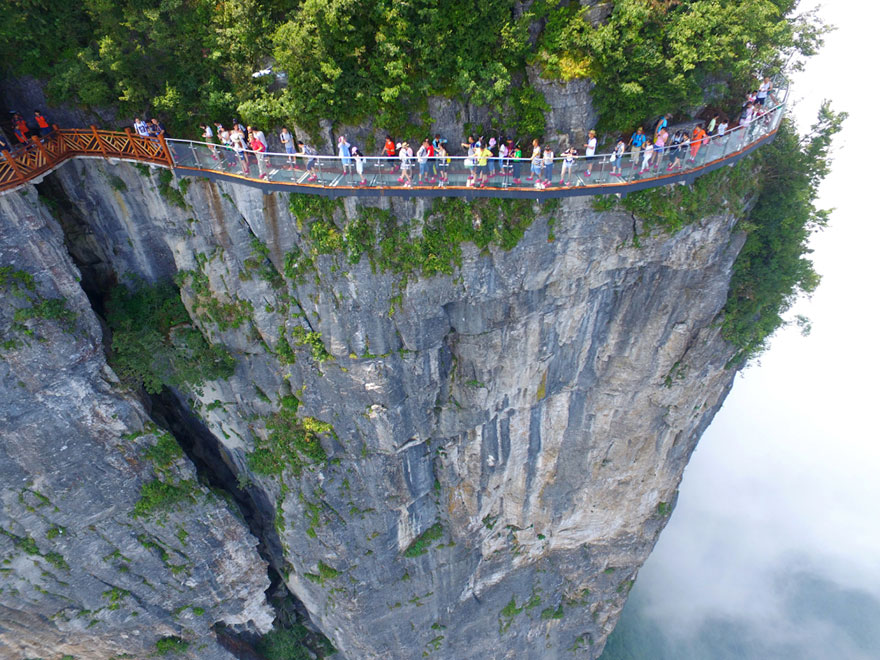 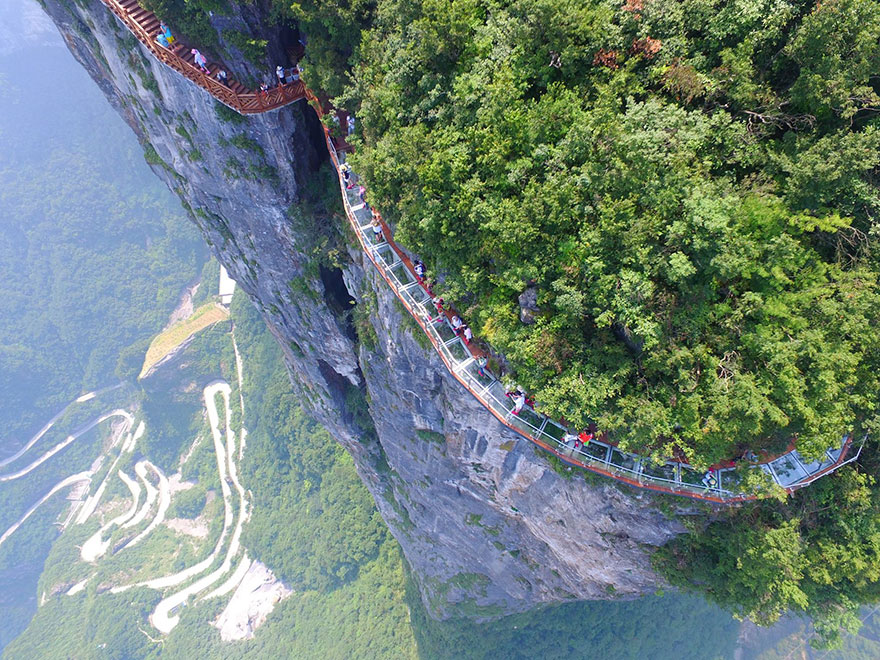 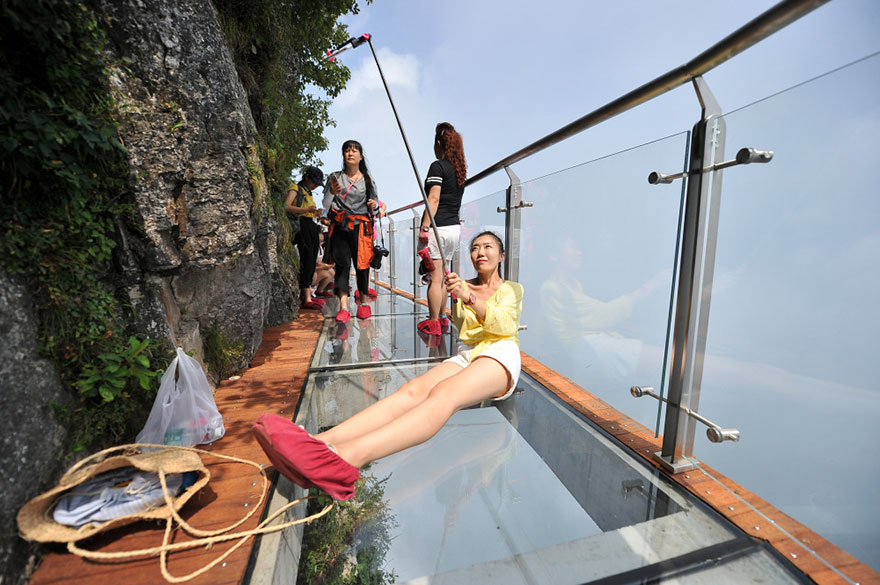 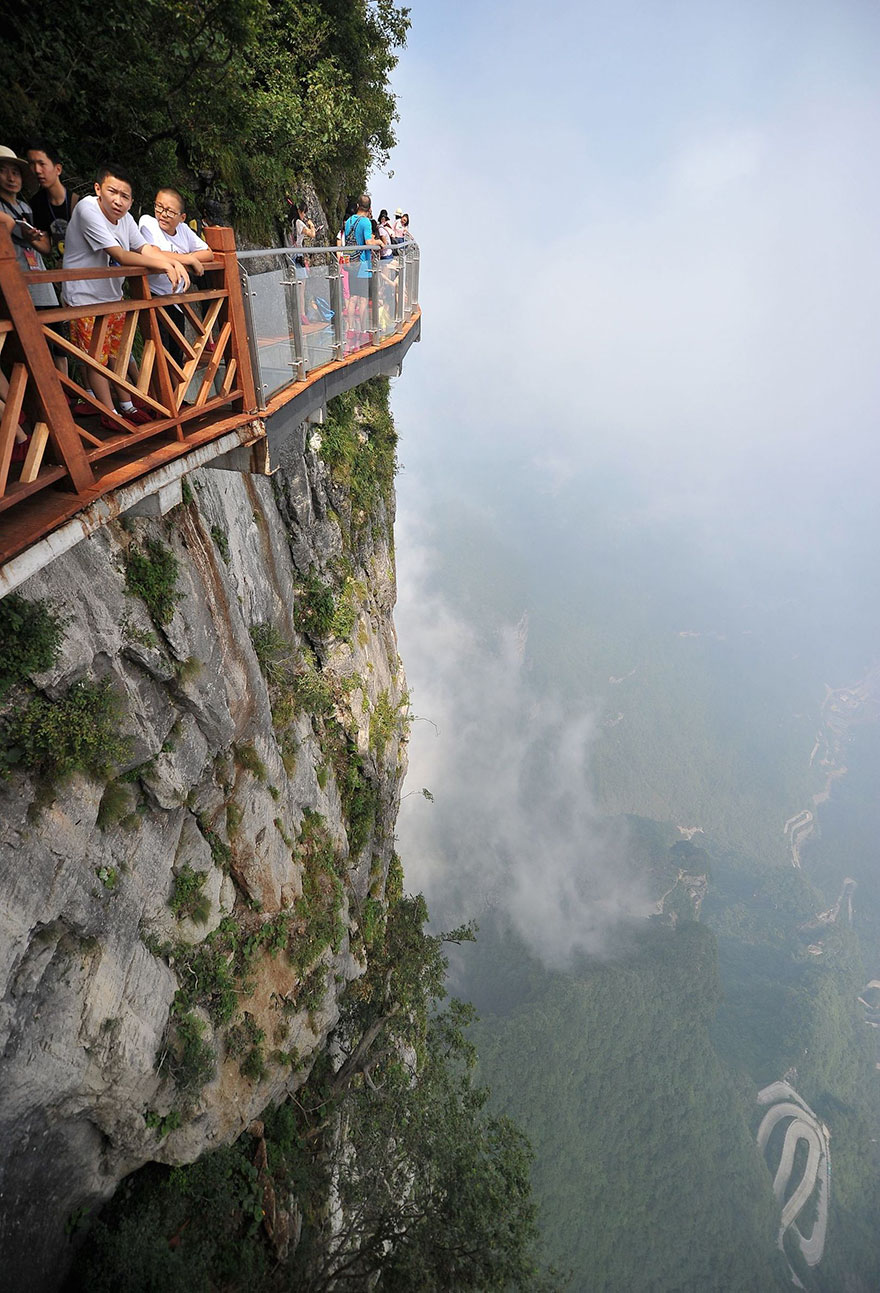 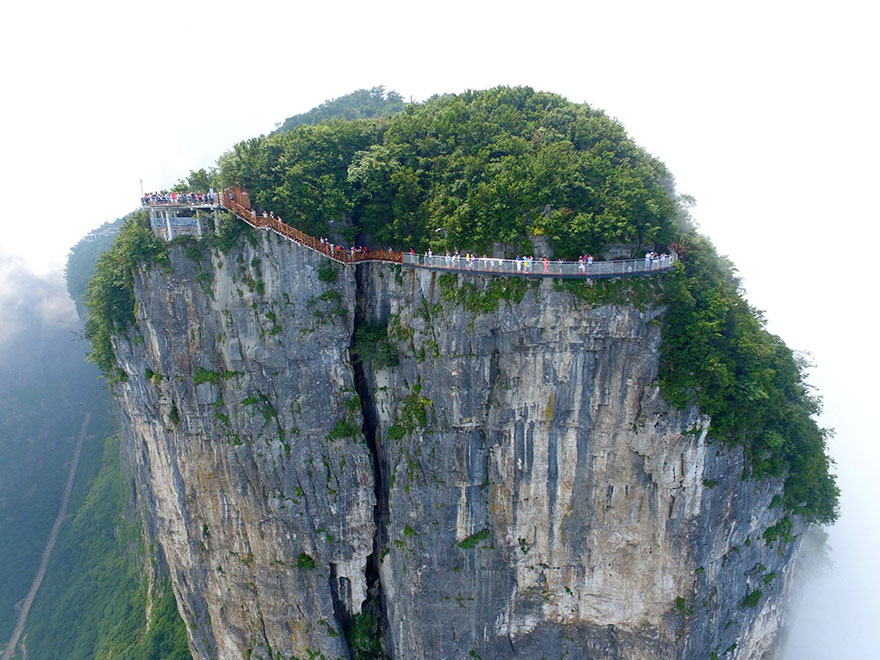 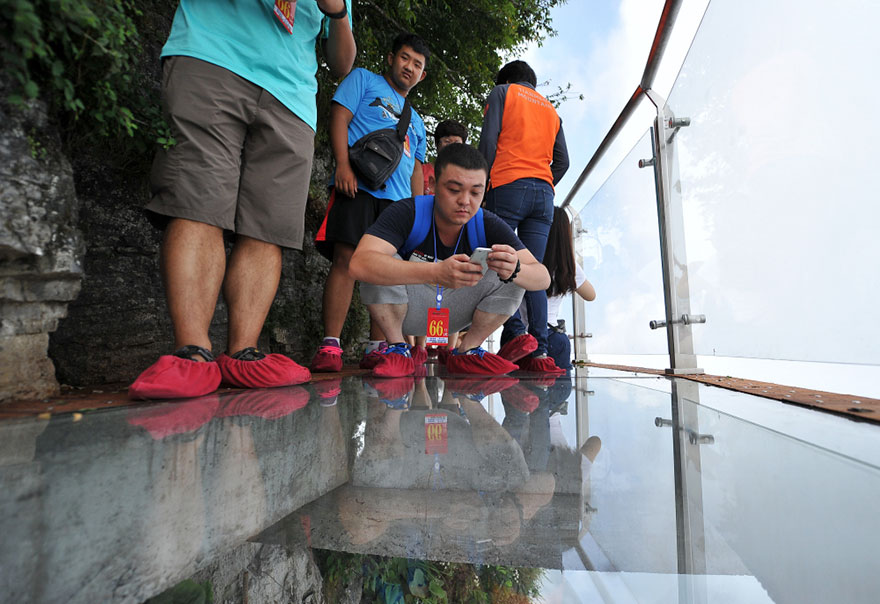 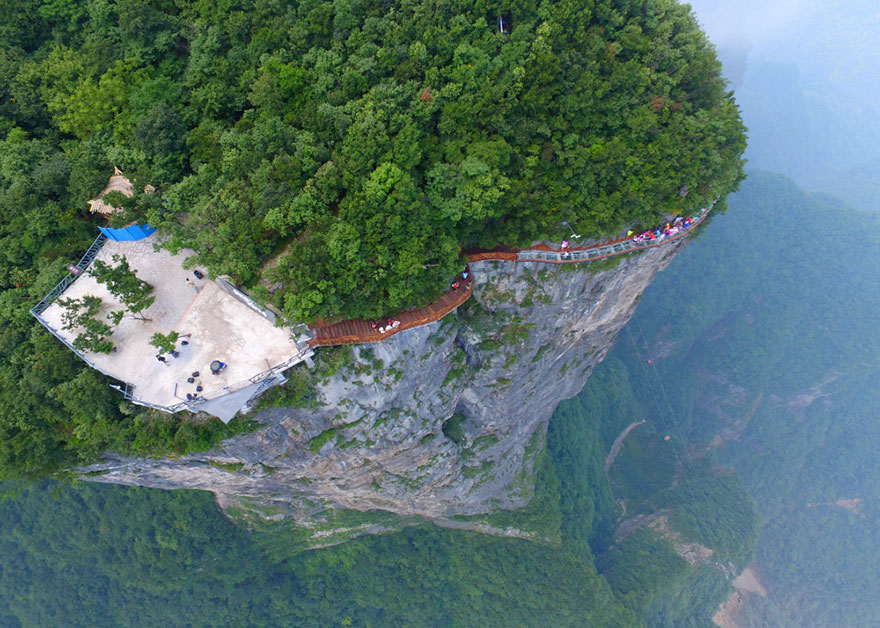 Situated on the side of Tianmen Mountain in Zhangjiajie National Forest Park, Hunan Province, the walkway is 328ft (100 metres) long and 5.2ft (1.6 metres) wide. It’s known as the Coiling Dragon Cliff skywalk, and as you can see, it certainly isn’t for the faint-hearted, but anybody who finds the courage to brave the walkway will be rewarded with an utterly breathtaking view that few will ever experience. The park is actually home to three glass walkways including a 1,410ft (430 metre) glass bridge suspended 590ft (180 metres) above the ground, so if you’re looking for adventure, or just an extreme selfie, then you know where to go.