Extraordinary are those who dare to dream big, and work bigger! And one of those extraordinary people is Boyan Slat, a Dutch inventor and entrepreneur, who is the CEO of The Ocean Cleanup, a startup that has been established since 2013.

He came up with this huge invention idea when he was only 18 years old, while others of that age kept worrying about prom outfits or partners 🙄. His primary goal was and remains to clean the ocean from plastic waste, and finally, after a lot of technical issues, he made history collecting the first trash from the Pacific Ocean.

“After a six-week testing campaign, we have solved our main technical challenge by modifying the system to move at a consistent speed through the plastic. The slow-down configuration proved to be the most effective for this. With this achieved, we are now addressing our next challenge.” – explained The Ocean Cleanup. 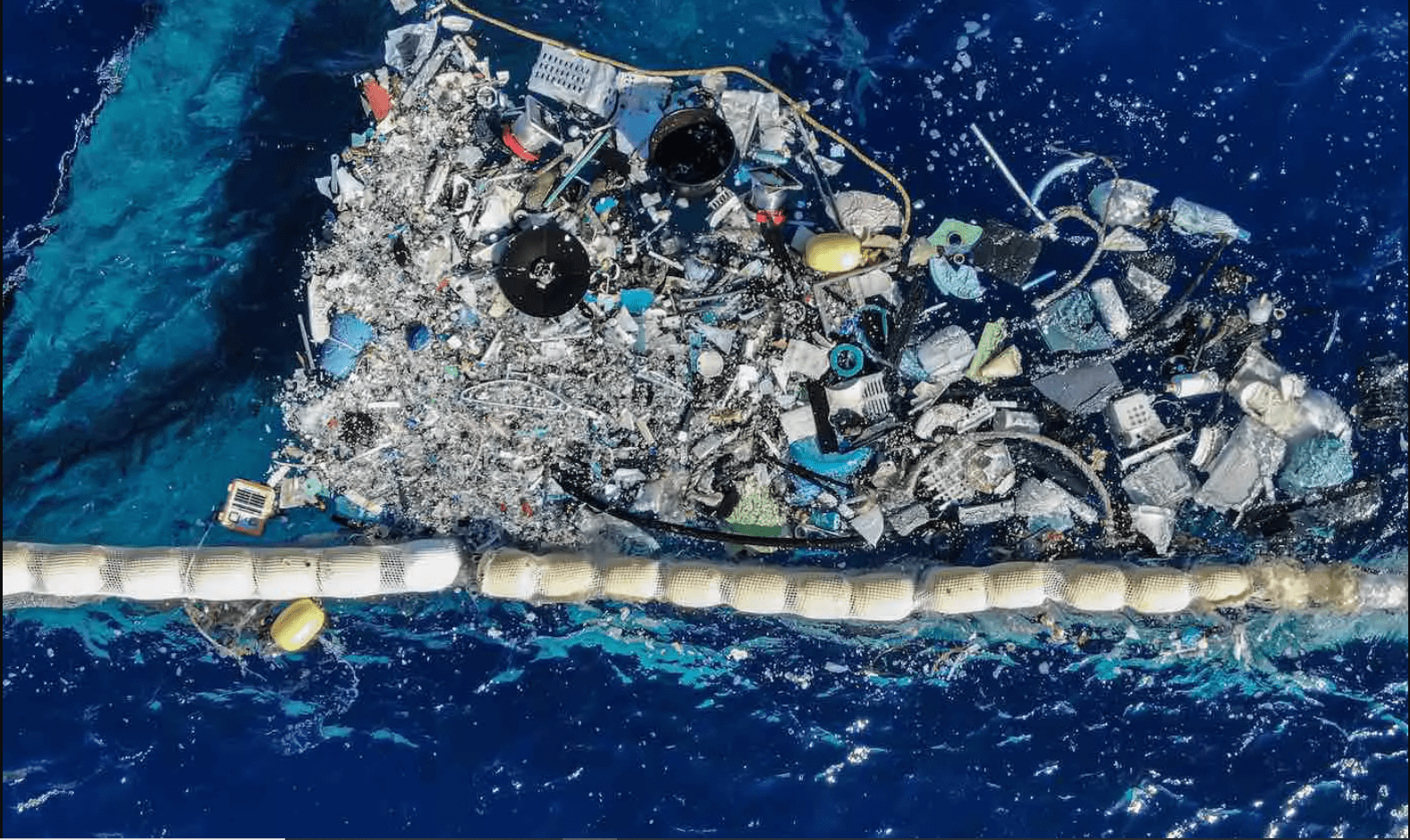 Everything there is to know about our new research on the Great Pacific Garbage Patch, in less than 3 minutes. Learn more on our special page, link in bio. – Animation by @in60seconds 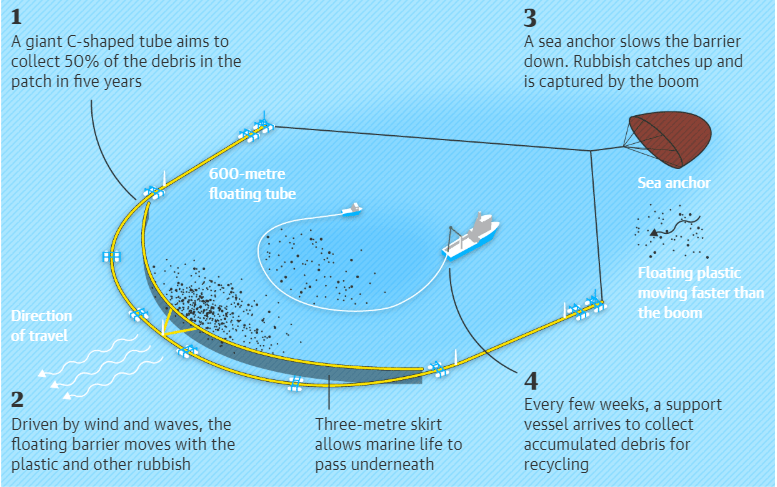 Source: The Ocean Cleanup. Note: The project’s original design had the boom traveling in the opposite direction and catching up with debris in the ocean

Alongside a picture of the collected rubbish, which includes a car wheel, Slat wrote: “Our ocean cleanup system is now finally catching plastic, from one-ton ghost nets to tiny microplastics! Also, anyone missing a wheel?”

Ocean plastic pollution is obviously one of the biggest issues our planet faces today. Plastic pollution has also created microplastic pollution. Microplastics are a huge problem, and microplastic contamination is now extremely widespread. More than five trillion pieces of plastic, collectively weighing nearly 269,000 tonnes, are floating in the world’s oceans. Data collected by scientists from the US, France, Chile, Australia, and New Zealand suggests a minimum of 5.25 tonnes of plastic particles exist in the oceans, most of them being microplastics measuring less than 5mm. (source)

The Ocean Cleanup retweeted a heartbreaking video in their Twitter account showing a bird chocking in these microplastics and is enough to prove how much damage is all the plastic waste causing. But the good news is that this device, as Slat explained, cleans this microplastic as well!

So sad!
This is what plastics is doing to our birds!
Time we beat plastic pollution! 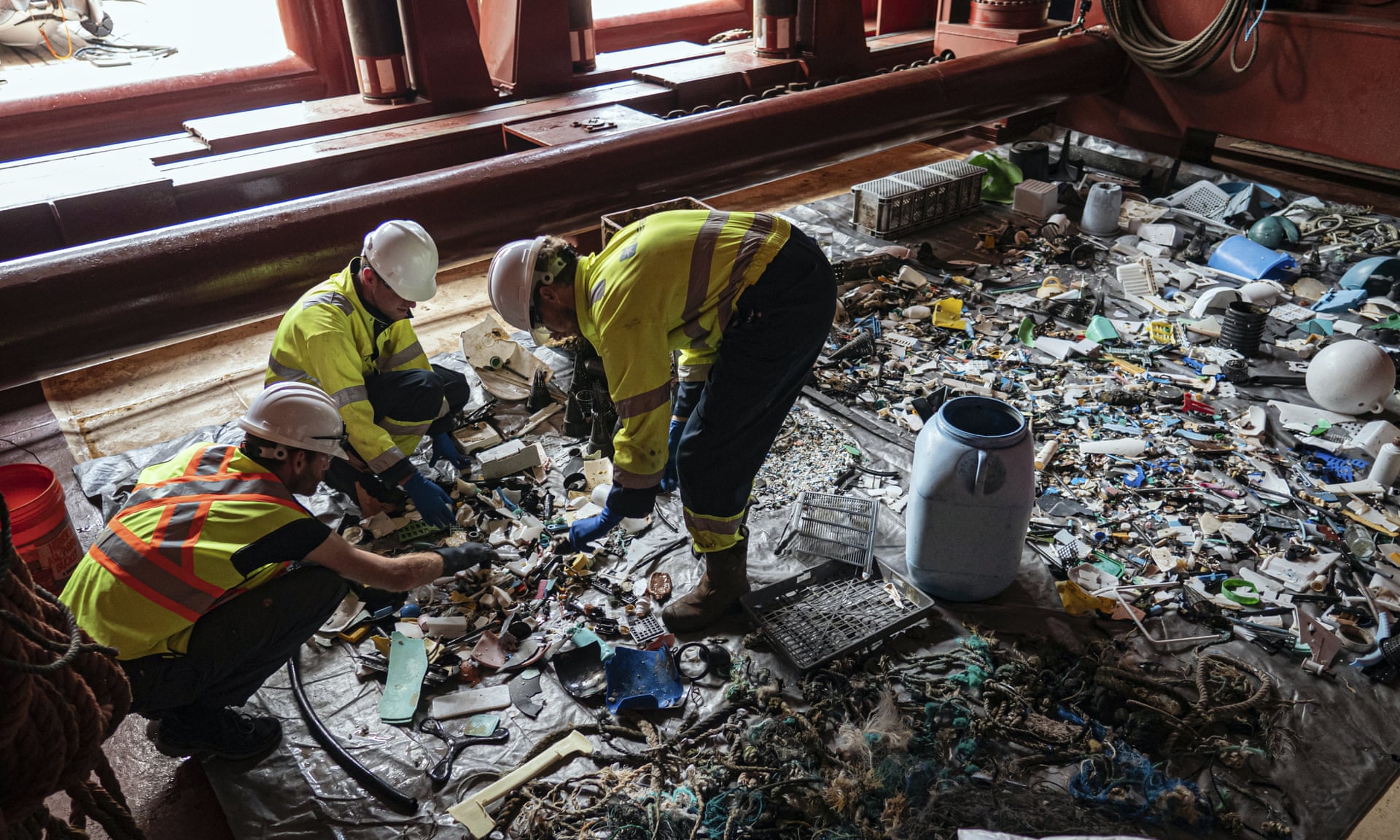 Crew members sort through plastic onboard a support vessel in the Pacific. Photo: The Ocean Cleanup

“Our team has remained steadfast in its determination to solve immense technical challenges to arrive at this point. Though we still have much more work to do, I am eternally grateful for the team’s commitment and dedication to the mission and look forward to continuing to the next phase of development.” – said Boyan Slat. 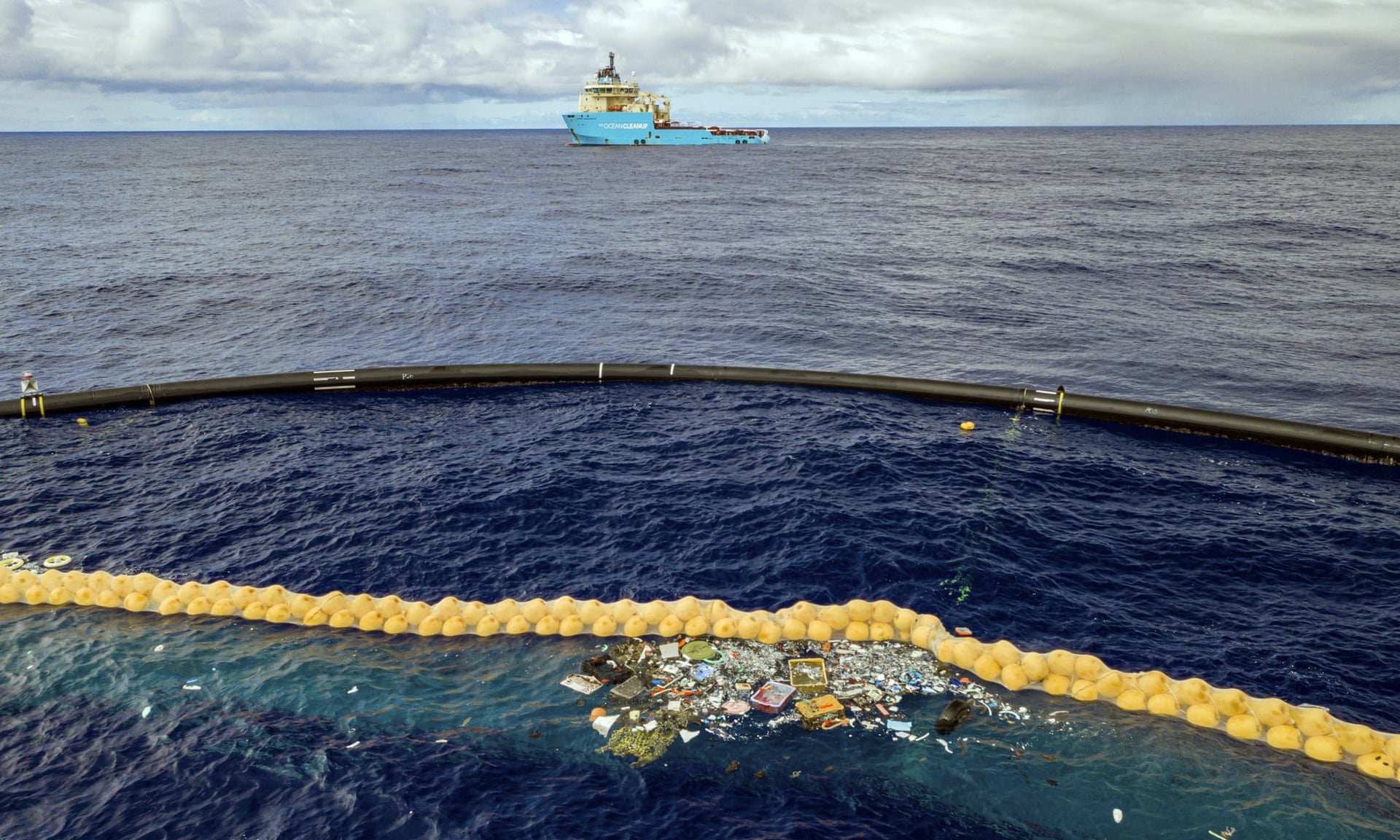 “Today, we announced that System 001/B is successfully capturing and collecting plastic debris. After one year of testing, we have succeeded in developing a self-contained system in the Great Pacific Garbage Patch that is using the natural forces of the ocean to passively catch and concentrate plastic, thereby confirming the most important principle behind the cleanup concept that was first presented by Boyan Slat at a TEDx conference in October 2012.” – wrote The Ocean Cleanup on their Instagram page.

“Our team has remained steadfast in its determination to solve immense technical challenges to arrive at this point. Though we still have much more work to do, I am eternally grateful for the team’s commitment and dedication to the mission and look forward to continuing to the next phase of development.”

NYC's Cans Are Turning Into Giant Vases Filled With Flowers. Is This Art or Crime? Previous post
Photographer Tiptoes From Tulip To Tulip To Capture These Cute Mice And It Will Melt Your Heart Next post