Photographer Discovers “Tree of Life” Hidden in a Dwindling Lake

Bird’s eye view or also known as Aerial photography allows us to experience the world from the above perspective which is usually not possible without the use of a drone. It is the best way to see new colors that lay ahead of us and the patterns that emerge in familiar landscapes. A new pattern which  we wouldn’t be able to see without a drone has been presented by Derry Moroney, an Australian photographer.

While he was wandering around with his drone trying to discover new sights, he was able to shoot an image showing a mystical pattern of the “tree of life.” The picture was captured in the seaside waters of Lake Cakora at Brooms Head, which is one part of a larger project that documents the day-to-day changes of the lake’s environment from above.

Lake Cakora is on the North Coast of Australia’s New South Wales state—known for its stunning beaches and natural landmarks. The photographer monitored the lake’s transitions due to the changes in weather.

He started photographing the lake around six months ago while going back every two weeks to capture the new changes caused by the environment. “The most major change I have seen to the lake so far is the change of color that it goes through,” he says. “One day it can have aqua water run through it; but then after storms, dramatic browns and raw earth colors pop out.”

As seen in his aerial shots, the branching shape is quite similar to the “tree of lie”, which is a spiritual symbol found in many mythologies and religious world.

On his Instagram account you’re able to see the tree’s shifting color and size. The image, which first caught the attention of the internet, depicts the lake water saturated with tree oils after a heavy rain. The oils are responsible for the brown color of the water which makes the fractal pattern appear lifelike. Similar twining branches can be seen in artwork from the ancient Near East, modern Judaism, and Norse legends, among other traditions. It is therefore little surprise that people around the world are finding delight in Moroney’s images. 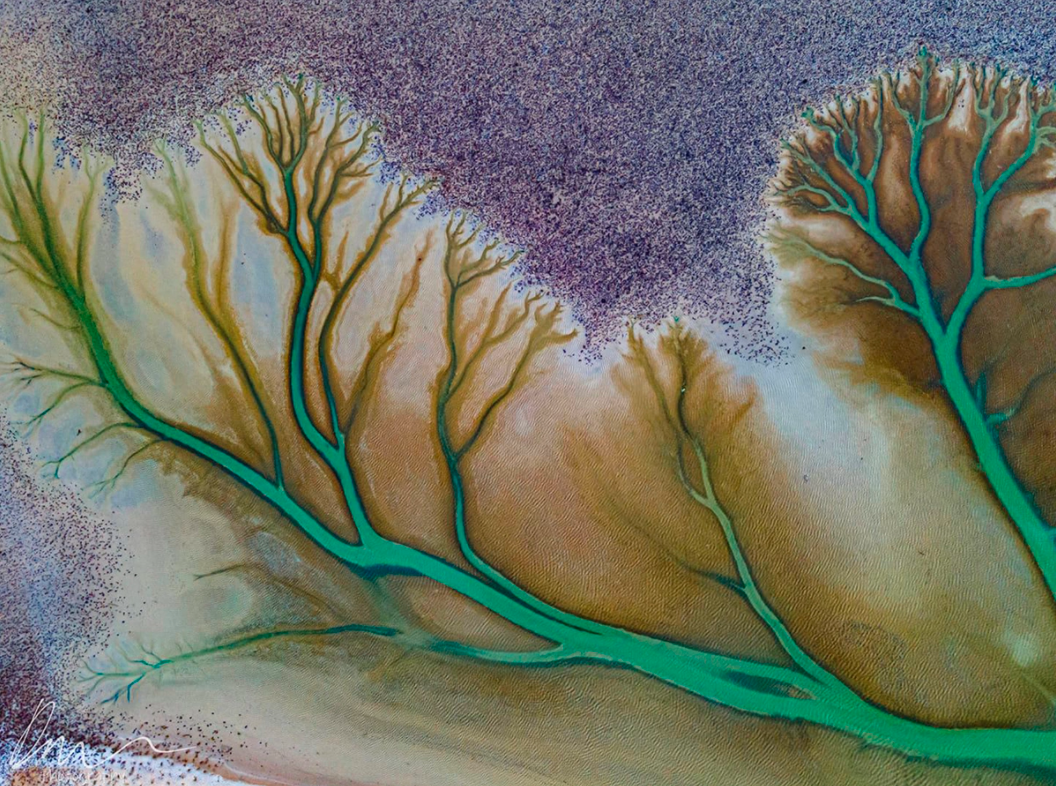 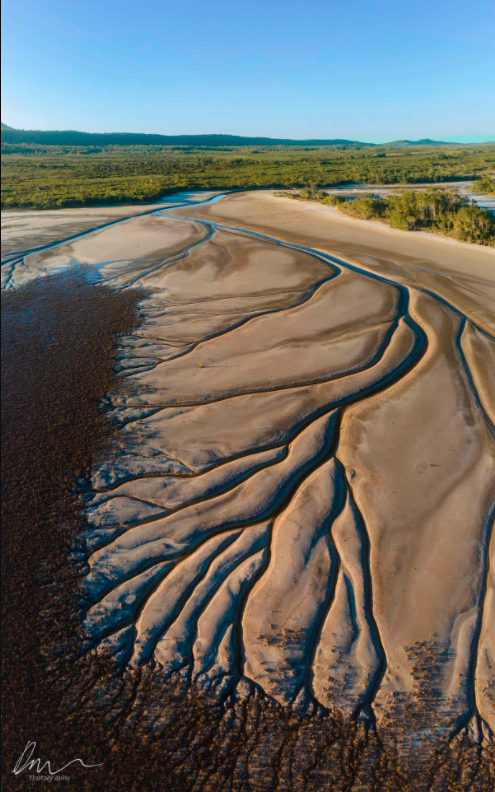 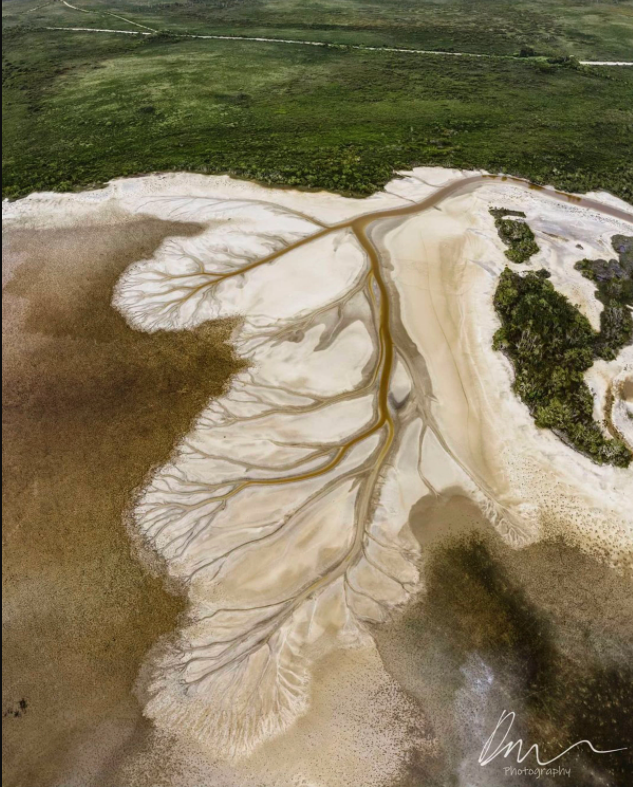