A Finnish photographer witnessed a scene almost plucked from a storybook fairytale. From the safety of a cottage, he captured a seemingly magical scene of three bear cubs that appear to dance in a circle while their mother watches on. As bears tend to avoid human contact, such images are indeed rare and unusual.

Valtteri Mulkahainen is a physical education teacher from Sotkamo, Finland. When not teaching he is frequently out with the camera to capture the Finnish wildlife. He is also a very gifted landscape photographer. Valtteri’s winter images from the Finnish forests are magical.

It was a morning in June 2013 that Valtteri headed out to capture some of the wildlife around the town of Martinselkonen. A bear with some cubs suddenly arrived at a clearing. What then ensued caused the photographer to wonder whether he was dreaming or not. It seemed like the cubs began to dance in a circle.

Valtteri has shared some incredibly rare photos of a group of baby bears dancing in a forest and it’s a reminder of the endless beauty of nature. 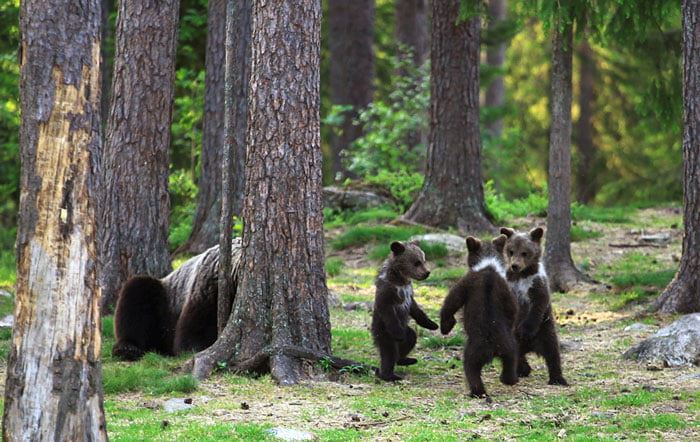 The teacher has captured some amazing scenes over the years, which is clear to see from a quick scroll through his Facebook page, where he often shares his snaps.

However, his bear photographs are definitely up there with some of the most impressive images, as it shows the three cubs seemingly dancing, while an adult bear sits behind a neighboring tree.

The images were originally captured back in 2013, however, Mulkahainen recently rediscovered the pictures on his camera, and realized the adorable creatures appeared to be ‘dancing in a circle’.

Mulkahainen told Bored Panda he’d been exploring the Finnish taiga (a boreal forest) around the town of Martinselkone when he first spotted a bear, who was later joined by the three adorable cubs. 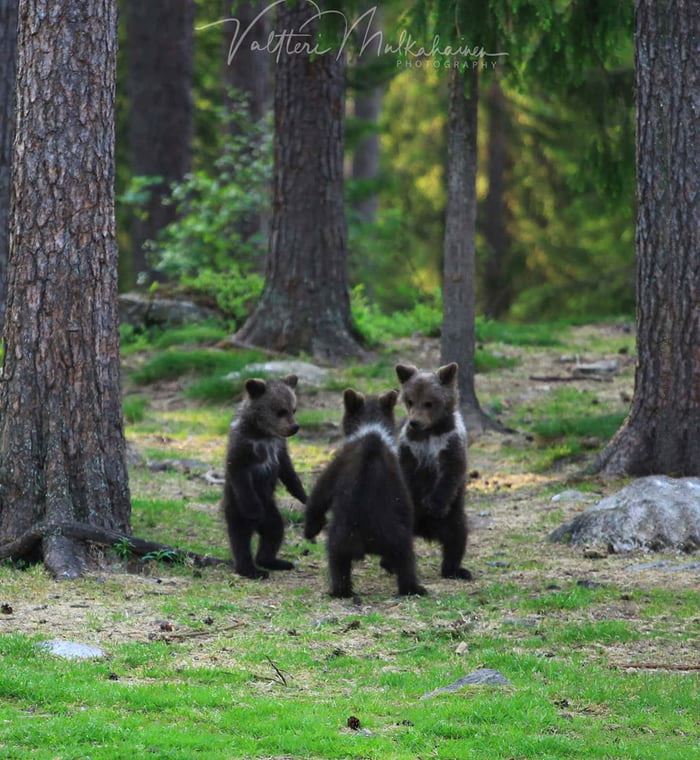 Being about 50 meters away from the scene, Valtteri had a perfect viewing point. He explains that the cubs behaved like little children. They played with each other and even started friendly fights. It was during this playful act that all three cubs got up on their hind legs, and it looked just as if they were dancing in a circle. 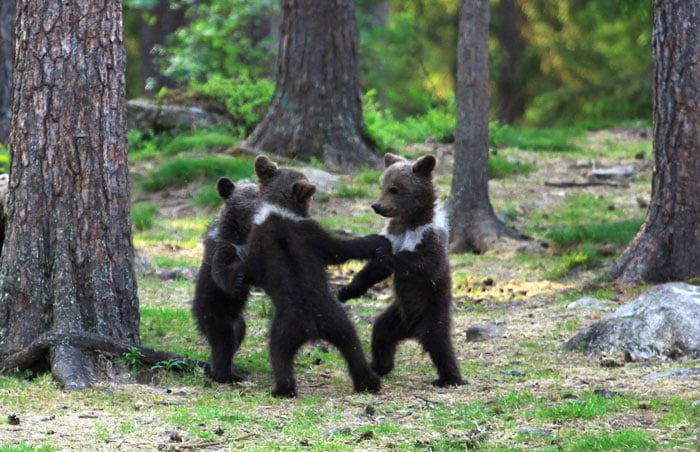 “The cubs behaved like little children,” said Valteri. “They were playing, and even started a few friendly fights,” he continued. “I felt like I was on a playground in front of my house, where small children frolic around. That’s how much they reminded me of little children. At one point, the three of them got up on their hind legs and started pushing each other. It was like they were dancing in a circle.” 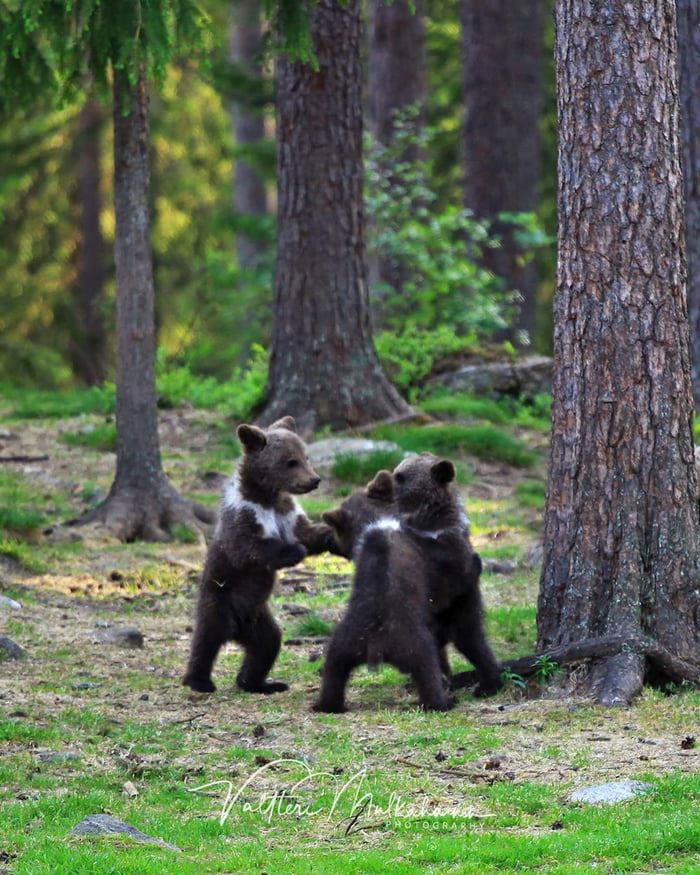 Whilst they are common almost everywhere in Finland, bears are rarely seen by humans, as they try to avoid us at all costs. A combination of incredible senses and the ability to get around stealthily allow them to retreat as soon as they realise they have company.

The Natural Resources Institute Finland reports that there were between 2020 and 2130 bears in the country before the 2019 hunting season. 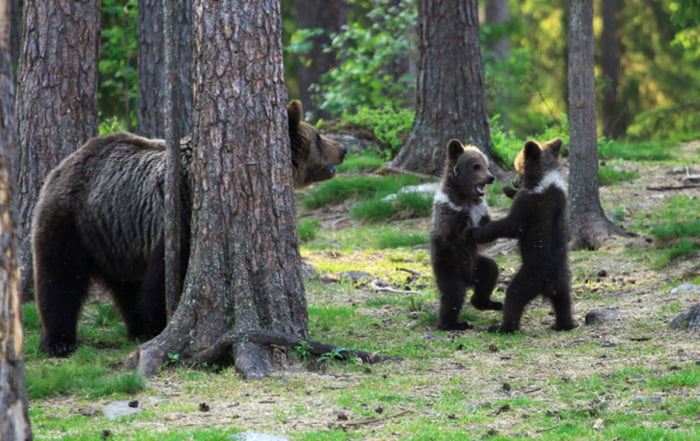 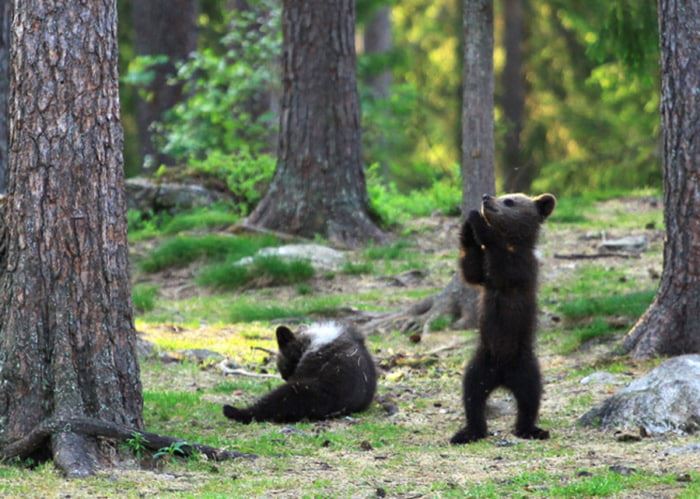 Netizens can’t resist how cute the bear cubs are but some mentioned that they look like they were performing some kind of ritual.

Either way, it’s definitely a cute sight to see and we’re just sad that Valtteri didn’t take the opportunity to take a video of the dancing bear cubs too!

Bear with me – see you in the next post!

This Single Dad Adopted a Teen Abandoned at the Hospital Previous post
Is Your Cat Plotting Your Death? Next post