Burchell’s glossy starlings (scientific name: Lamprotornis purpureus) draw a lot of attention to themselves with their looks and their voices. Standing with their heads flung back and their wings slightly dropped, they belt out a throaty, musical call. Roosting in acacia trees or reed beds, flocks of up to 50 birds might assemble in non-breeding seasons.

This starling species is considered a ‘glossy starlings’, referring to the beautiful sheen of the feathers. It’s as common in parts of its range as robins are in the United States. 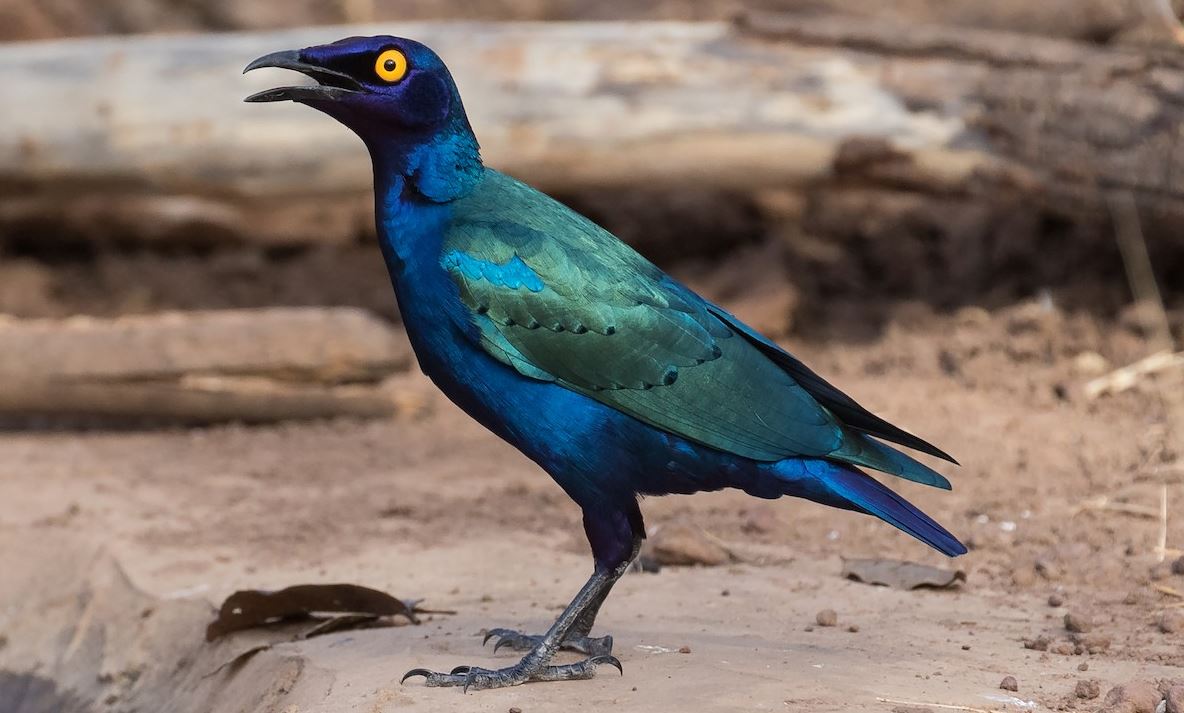 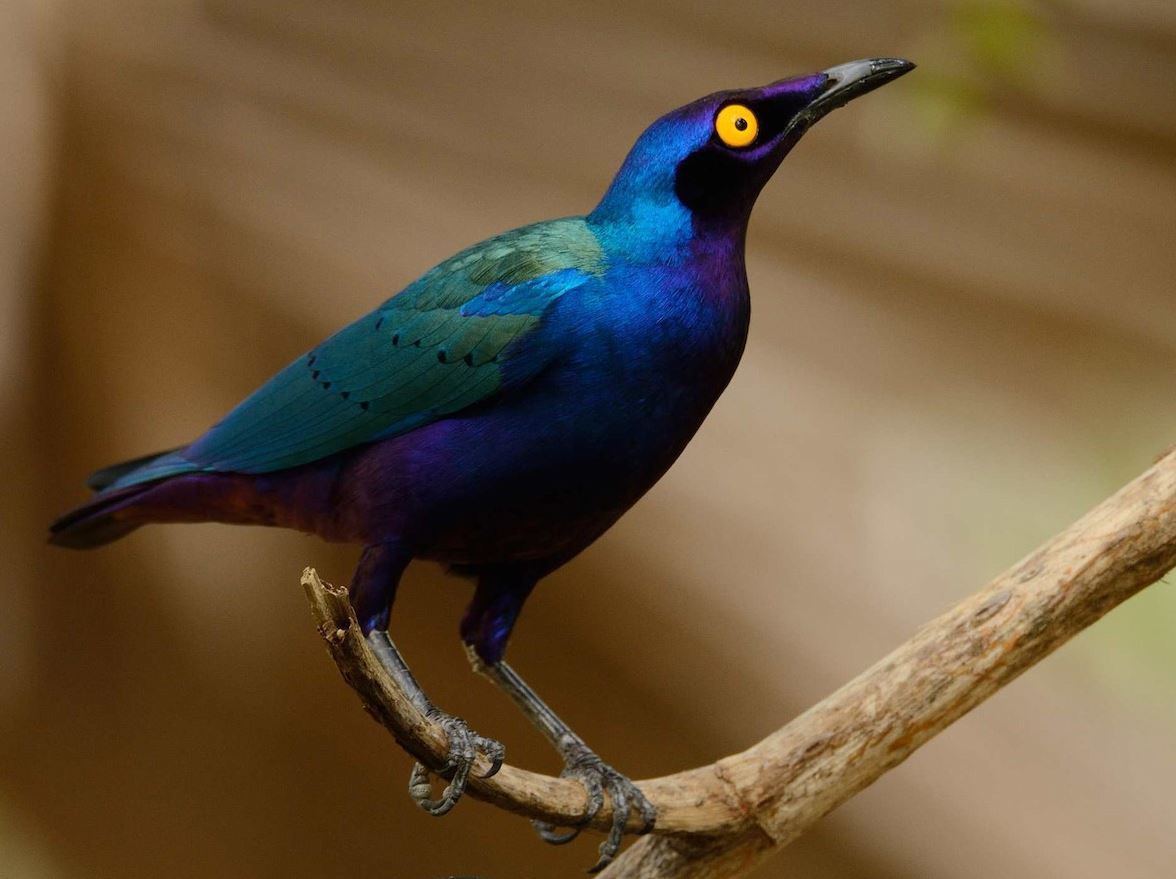 Purple Glossy Starling pairs engage in courtship behavior that includes jumping on the ground with wings trailing and singing to one another. Preferred nesting sites include thorn bushes, low bushes, and cliff hollows. Purple Glossy Starlings prefer to nest in holes found in old trees, which they line with feathers and plant material. Males and females share responsibility for nest construction.

Hatchlings are cared for not only by the parents, but also by related and non-related younger birds, especially during years of unpredictable rainfall. 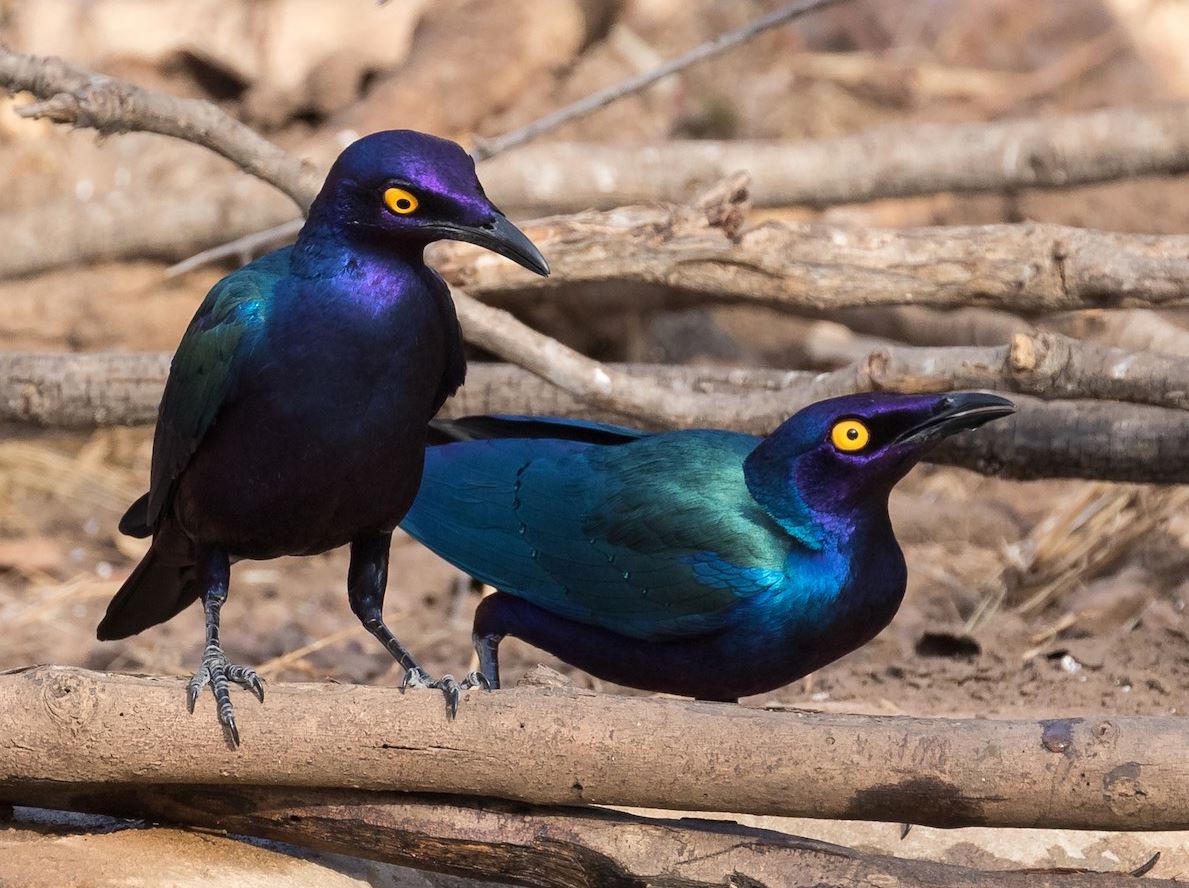 They are “passerine” birds, meaning they perch in trees. Starlings have large feet, well made for walking. They waddle rather than hop when on the ground.

As you can see from the photos, this species of bird has some very strong, beautiful colors and features. The plumage above is glossy blue or green. The under parts may be blue, purple, yellow or brown. Most have yellow or red irises. Some have long tails

The purple in its name comes from its face and chest, which are a rich, shiny violet. 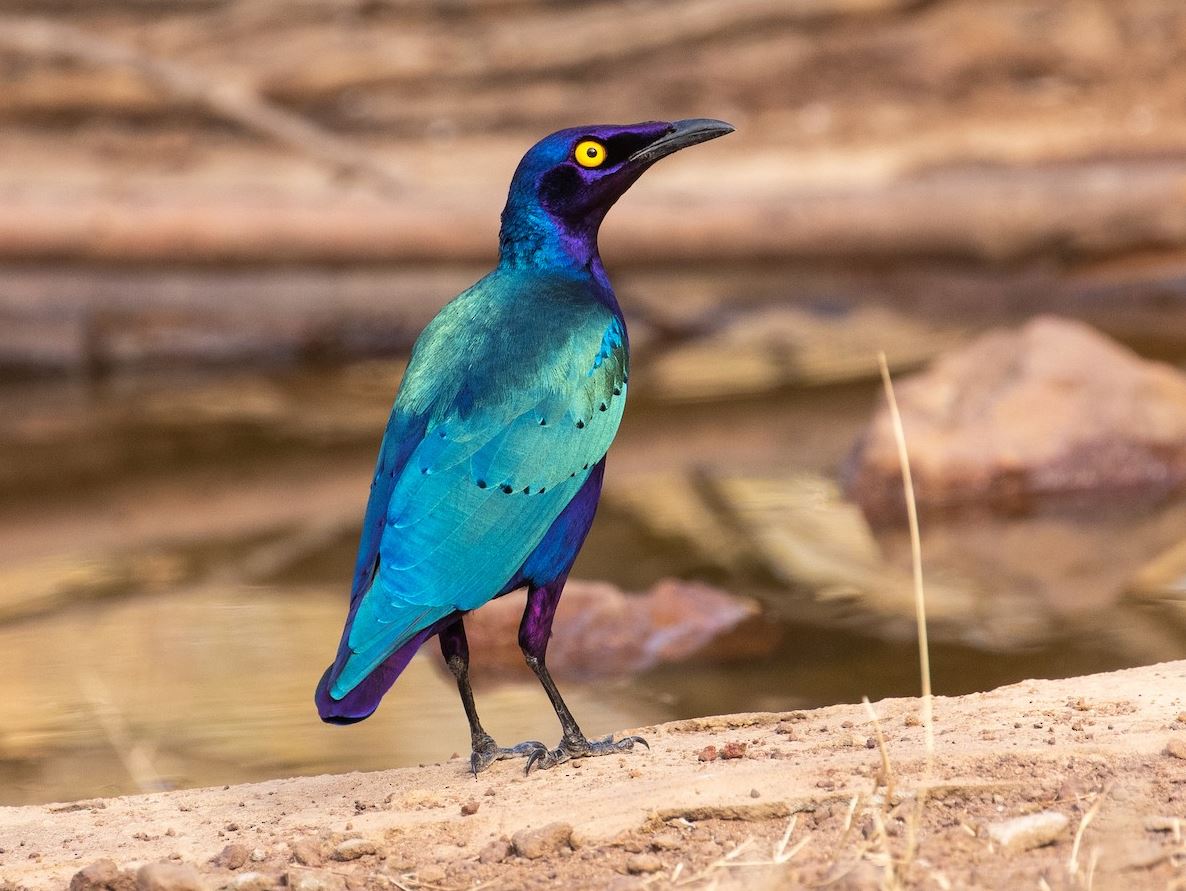 Here are some visuals showing how vivid these birds are:

America Is Filled With Incredible National Parks, And Here Are 20 Of The Most Popular Ones Previous post
30 Cool And Unusual Things You Can Only Find In Thailand Next post