Sounds Unbelievable, But Gravity Doesn’t Work On These 8 Places On Earth

Planet Earth lives by the laws of gravity discovered by Sir Isaac Newton. But there are gravitational anomalies in some places where this law can’t be applied: there, a car can go uphill with its engine off, a waterfall doesn’t fall, and a very heavy boulder can sit on top of a rock at a very strange angle without tumbling down.

1. The “reverse” waterfall in England

This waterfall is located not far from Hayfield and has water that goes right up toward the sky, making it look more like a fountain. The secret to the reverse waterfall is in the wind: it’s so strong there that the water that falls down is caught by the wind and pushed back up. Usually, the height of the waterfall is 78 ft. Where does this incredibly strong wind come from?

2. The road at the foot of Mount Aragats in Armenia

On the border of Turkey and Armenia, there’s a mountain that blows people’s minds. Thousands of travelers come to this mountain every year in order to witness the amazing anti-gravity phenomenon. If you turn off your car engine at the bottom of the mountain, the car will go uphill by itself. There’s a river nearby that goes uphill too. Many people who’ve been here claim that it’s easier to go uphill than to go downhill.

3. Hoover Dam in Nevada, US 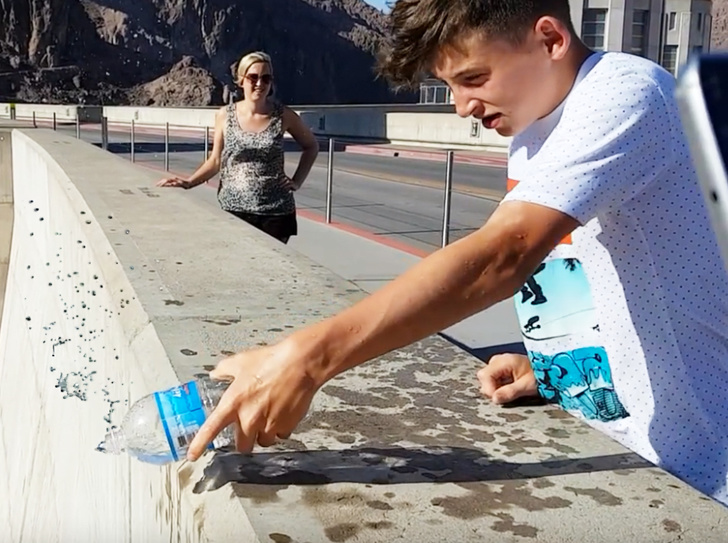 When you climb up to this dam which is 726.4 ft tall, you can do a simple experiment. Try to pour some water out of a bottle. The liquid won’t flow down as usual, but it will fly up! The same thing happens if you try to throw a light object from the same height — it will float because of the strong airflow. 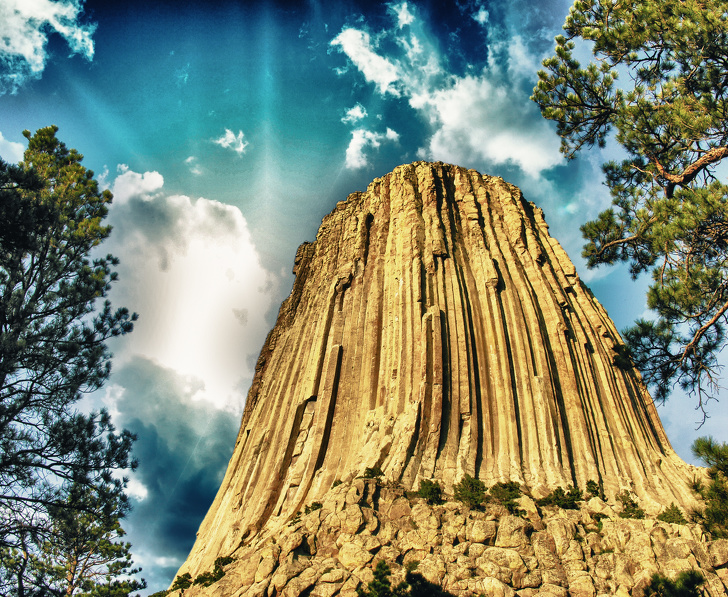 Devils Tower is a formation located in the Bear Lodge Ranger District of the Black Hills. The perfect shape and size of the mound make it the most important sight in Wyoming. Climbers love it too. But for some reason, climbers that have gone up Mt. Everest can’t climb to the top of Devils Tower. It’s only 1,267 feet tall but because of its steep walls, it’s impossible to get to the very top — and it would be even harder to return back down.

5. The mysterious road in South Korea

Empty bottles and cans left on this road on the Jeju Island usually roll uphill — tourists have tried it many times. Inventive authorities have quickly made this place a tourist attraction and even put a plaque nearby that shows where the gravitational anomaly starts.

6. The golden boulder in Myanmar 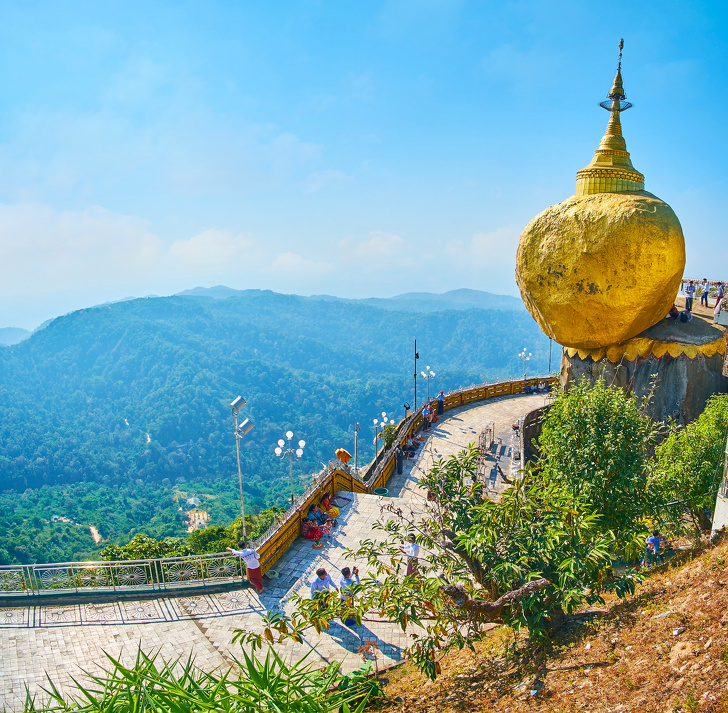 KYAIKTIYO, MYANMAR – FEBRUARY 16, 2018: The unique Buddhist shrine with Kyaiktiyo Pagoda on the top of the boulder, balancing at the edge of granite rock, Kyite Htee Yoe Mount, on February 16 in Kyaiktiyo. © efesenko / depositphotos

This rock is covered with gold and looks like it’s going to fall down at any second. But in reality, it has been sitting in the same place for 2,500 years! The boulder sits at 49 feet high along with the pagoda built on top of it. According to the story, the boulder is held by Buddha’s hair that is inside of it. The boulder is not fixed and anyone could move it but even nature hasn’t thrown it down yet. It’s said that only a woman can move the boulder. So because of this, women aren’t allowed to touch the stone.

7. Stone of Davasko in Argentina 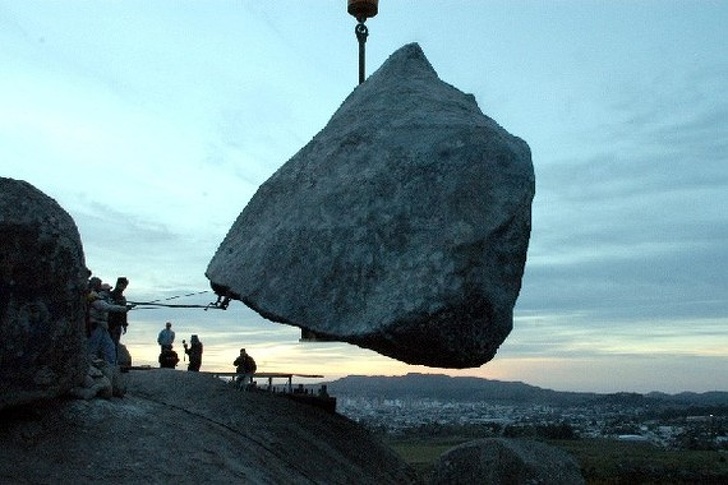 8. A house of mysteries in Oregon, US

There is a remote cabin in a deep forest built near the mystical Oregon Vortex. Native Americans call the area “Forbidden Ground”, a place to be avoided. It is believed that there is some kind of a spherical force field here — half of which is below ground level and the other, above. It makes people feel reality in a different way. It’s almost impossible to just walk here — you can’t help but want to hold on to the walls to prevent yourself from falling into the sea.

There’s also a broom here that doesn’t fall. Wherever you place it in the cabin, it will continue to stand upright. In this mysterious place, balls roll up on a completely flat surface. There’s no trickery here: tourists have even used special devices to measure the tilt and angle.

Keukenhof Garden Is Closed For The First Time In 71 Years, But This Photographer Got The Chance To Capture It Previous post
Cooking Fails On Quarantine Conditions - Here Are Some Of The Most Failed Ones Next post