The Ward’s trogon (Harpactes wardi) belongs to the family of trogons and quetzals, Trogonidae in the order Trogoniformes.

These species of trogons are distributed in Northeast India (Arunachal Pradesh), Bhutan, Northeast Myanmar, China (West Yunnan province) and Vietnam (Tonkin region). The Ward’s trogon is a sparsely distributed species and it has a moderately small population which is under steady decline. All over its range, this trogon species is becoming uncommon and rare due to habitat loss and degradation.

The Ward’s Trogon is classified as Near Threatened (NT), is close to qualifying for or is likely to qualify for a threatened category in the near future. 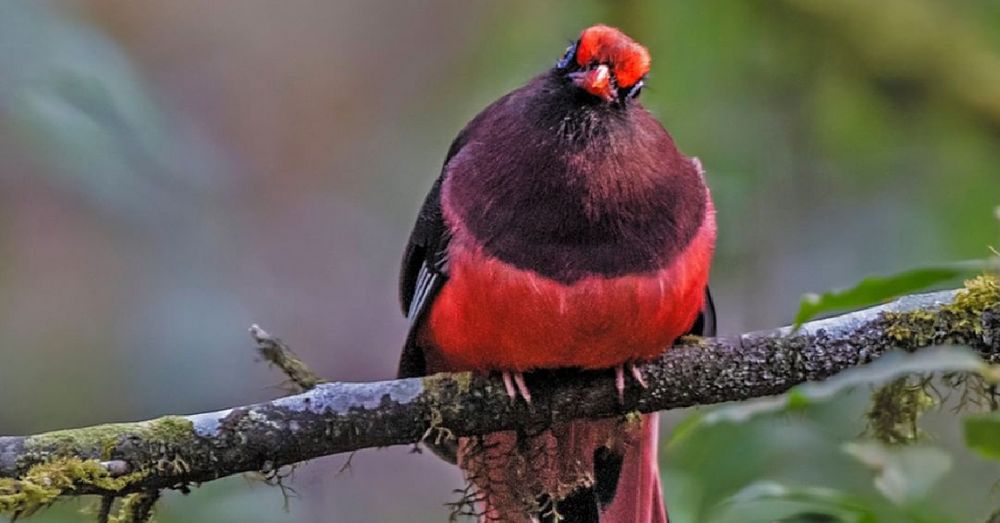 A sluggish bird of mature tropical hill forests. A small head and prominent pale eye-ring give it a comically surprised appearance. Male has a wine-purple back, a scarlet belly, and a red plush patch on the forehead. Female is brownish with a yellow cap and underparts. Like other trogons, usually still and hard to detect on a low or mid-level perch, from which it sallies out to take insects, fruits, and seeds. Song is a series of bubbling hoots that accelerate and rise, then taper off gradually towards the end. 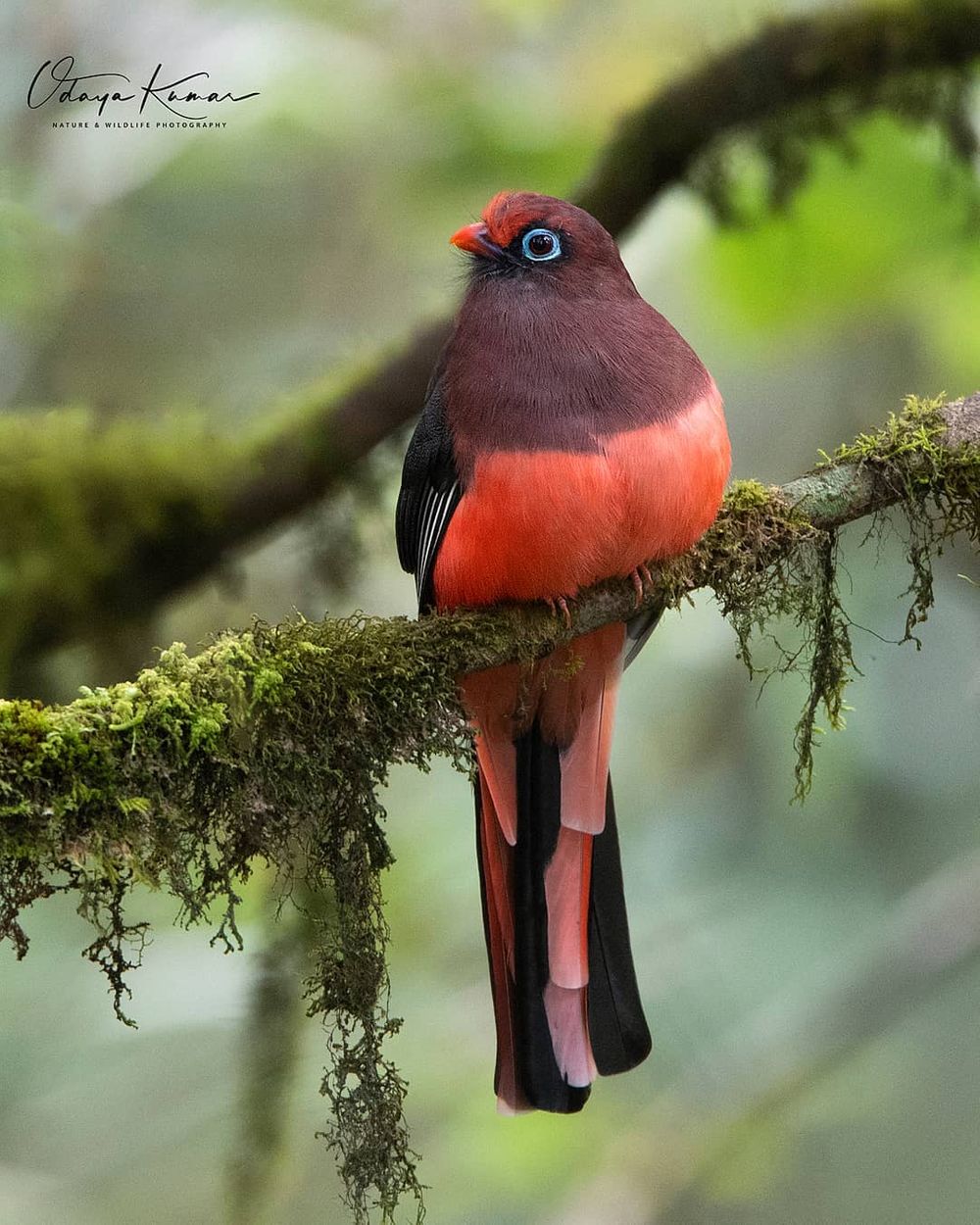 This bird is comfortable where they are and doesn’t have any intention of moving quickly.

Most sources just describe the bird’s appearance and habitat, without a lot of detail about their habits.

They live in forests both temperate and tropical, throughout much of Southeast Asia and the northeastern sections of the Indian subcontinent. 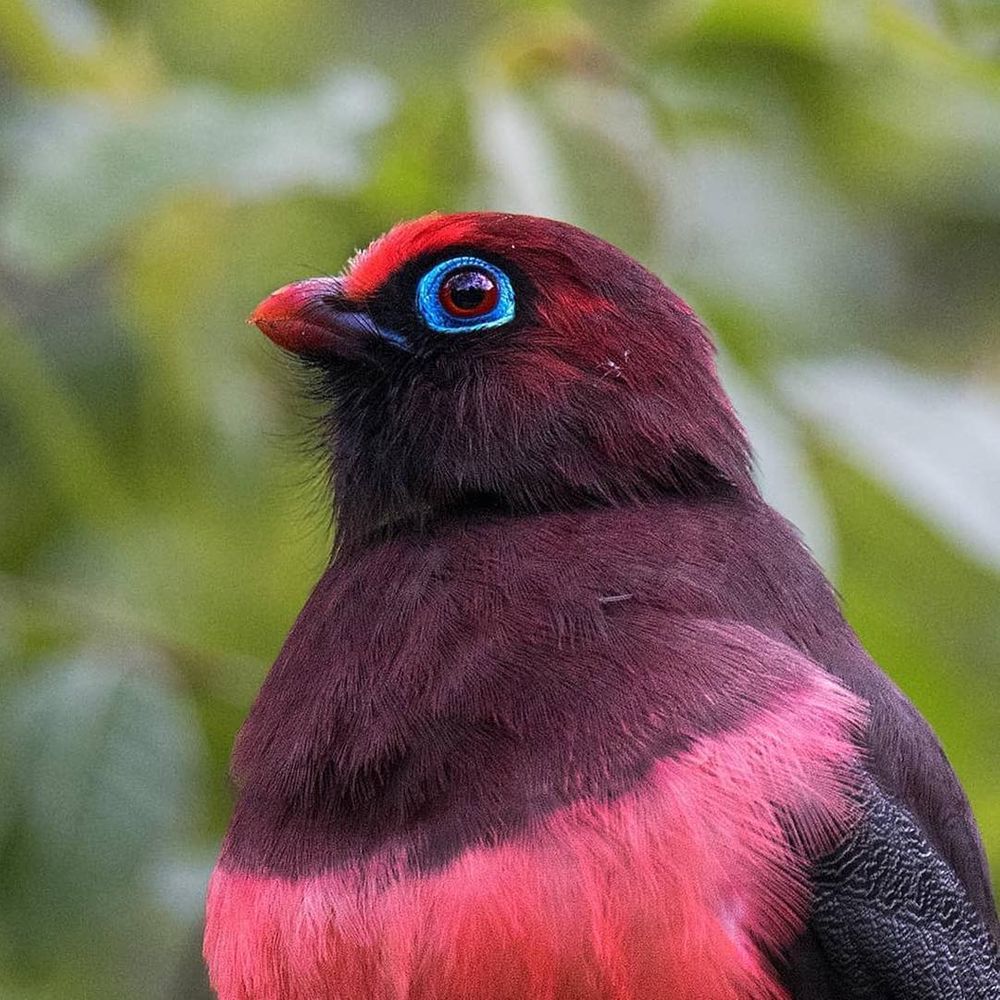 Though they are lovely birds, they’re hard to spot, which has made study difficult. 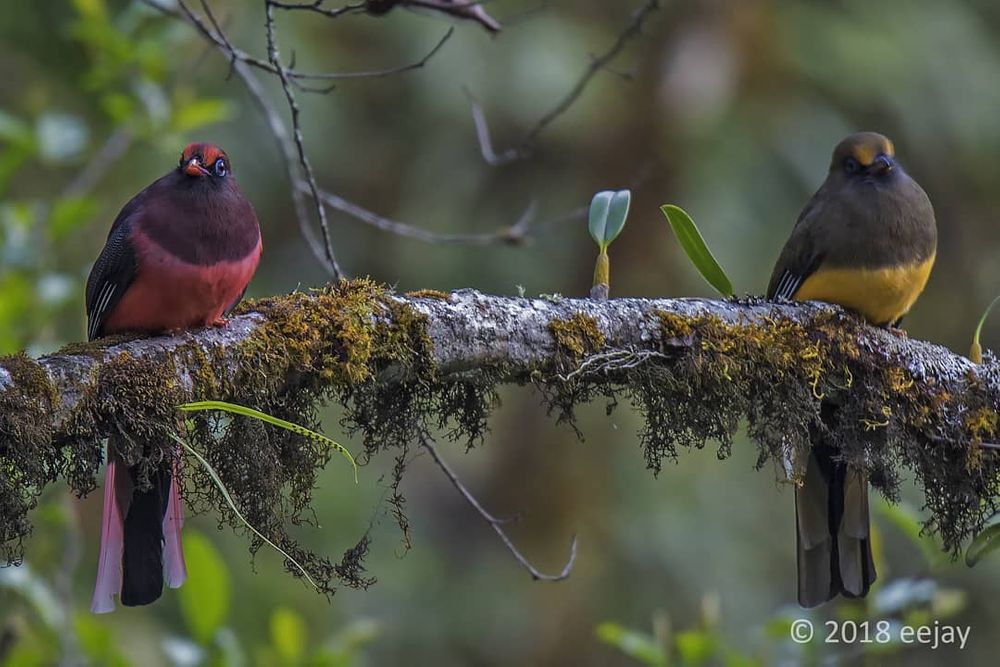 They don’t like to work for their food, which consists of insects, seeds, and fruit. Females have the same pattern to their feathers, but are olive and yellow in hue.

Trogon species in general tend to be sedentary. 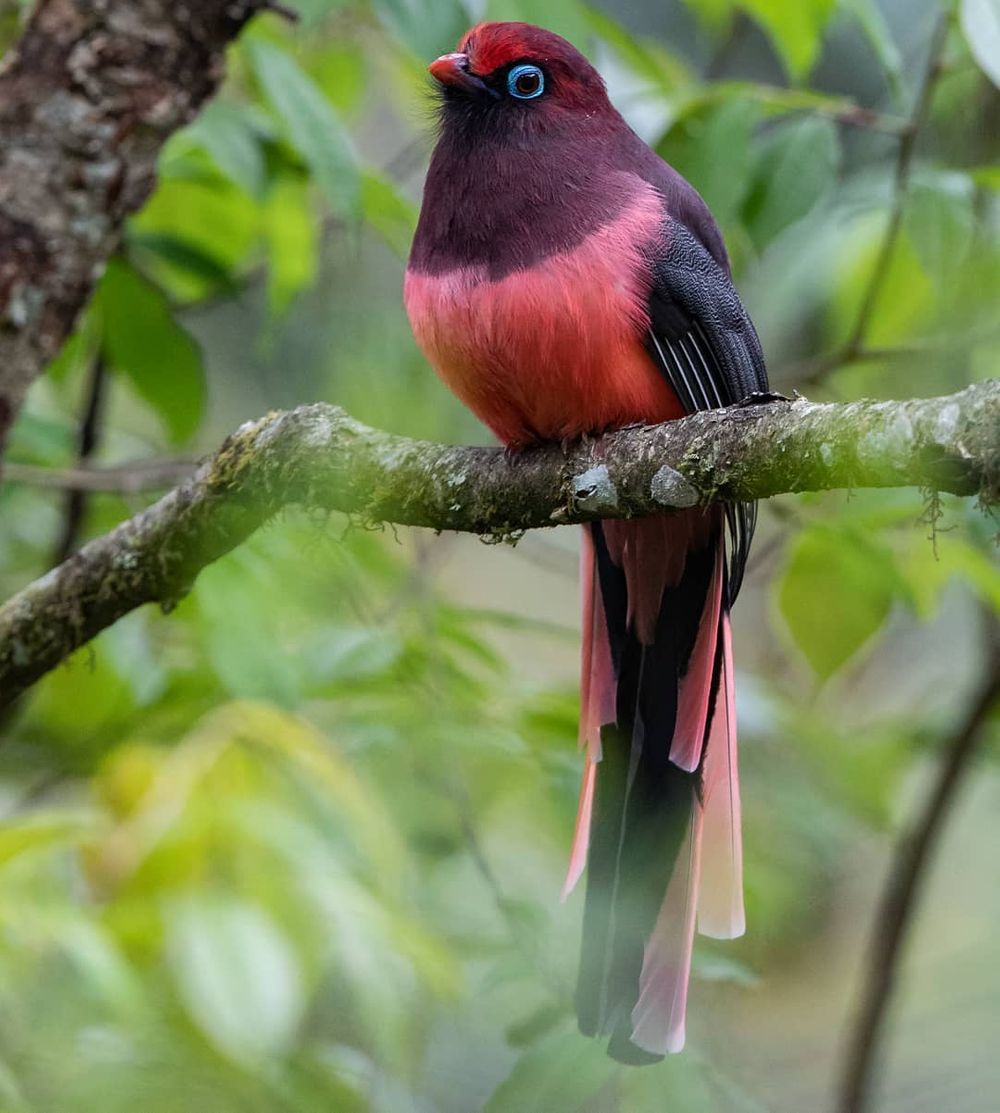 Their proportions result in short, weak legs that can’t properly support their large body. Most trogons aren’t even able to turn around on a branch without using their wings to hover. Those same stubby legs make tagging birds difficult, resulting in less data about them overall.