The Most Beautiful Places in the World (Part 2)

As we said in the last post, we live in an amazing world, filled with giant glaciers, staggering mountains, and of course plains dotted with wild animals. We’re still not able to travel safely but we will when we can.

Below is the second part of the most beautiful places in the world. Enjoy:) 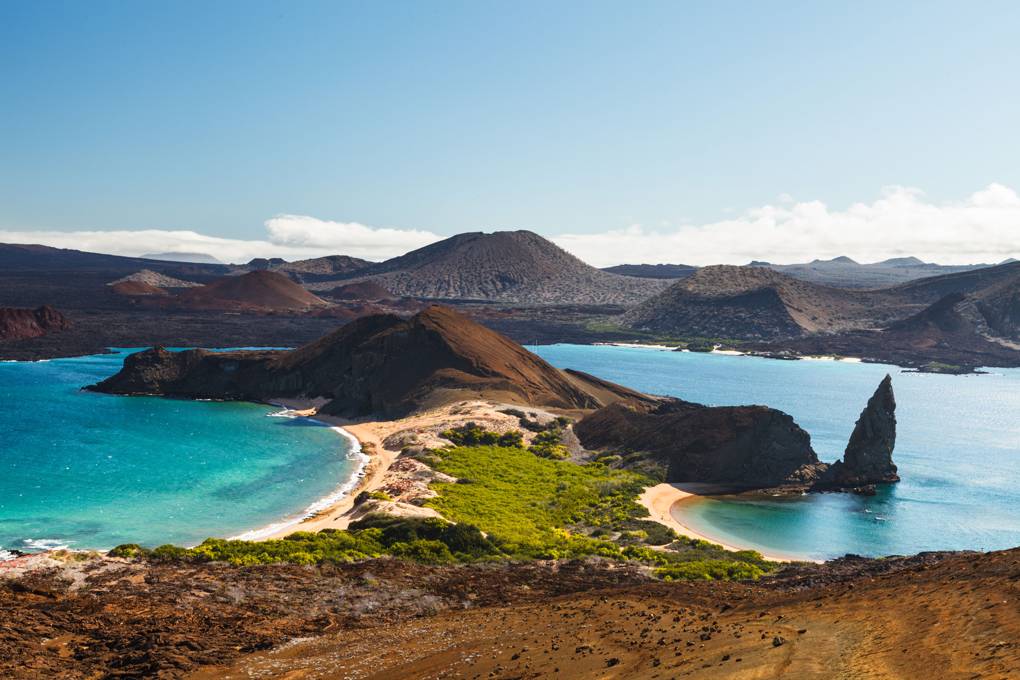 Make it your next travel goal to visit this stretch of Ecuador, with dinosaur-like giant tortoises lumbering through the tall grass and real-life blue-footed boobies. Our tip: a trip on the water is the preferred way to explore the islands. Celebrity Cruises’ Xpedition only ferries 100 passengers and holds nightly lectures by naturalists from Galápagos National Park. 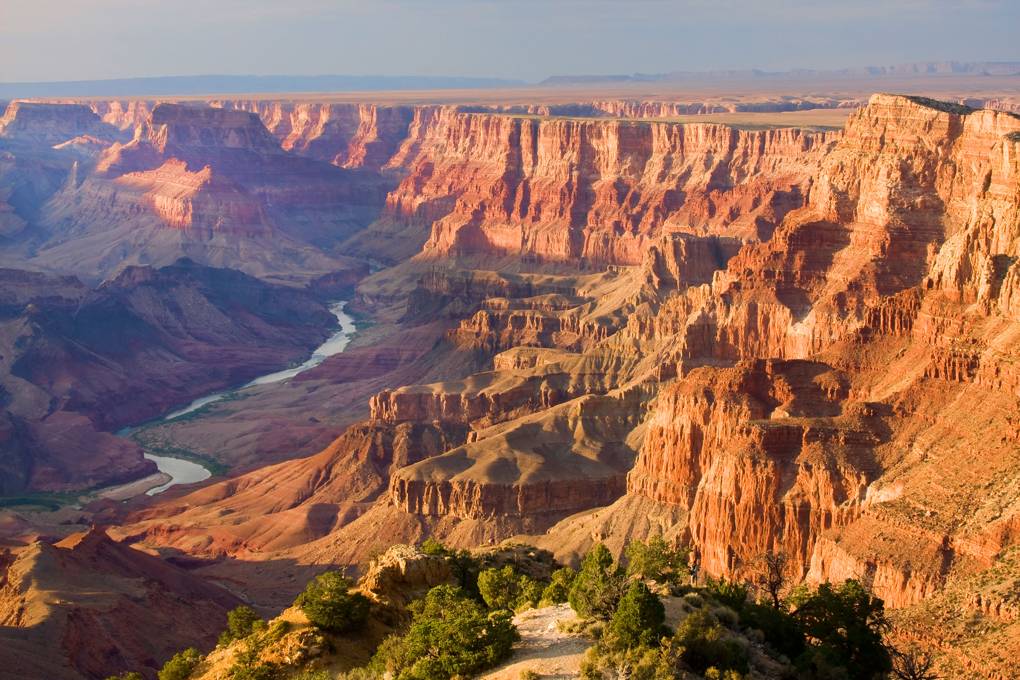 The Grand Canyon National Park kicked off its centennial celebration this year, and all signs are pointing to it being an epic time to visit one of the seven natural wonders of the world. Plan to hike some of the park’s most scenic loops – such as Horseshoe Bend and the South Rim Trail – for views of the rocky badlands of the Painted Desert, Navajo Nation, and even a waterfall or two. 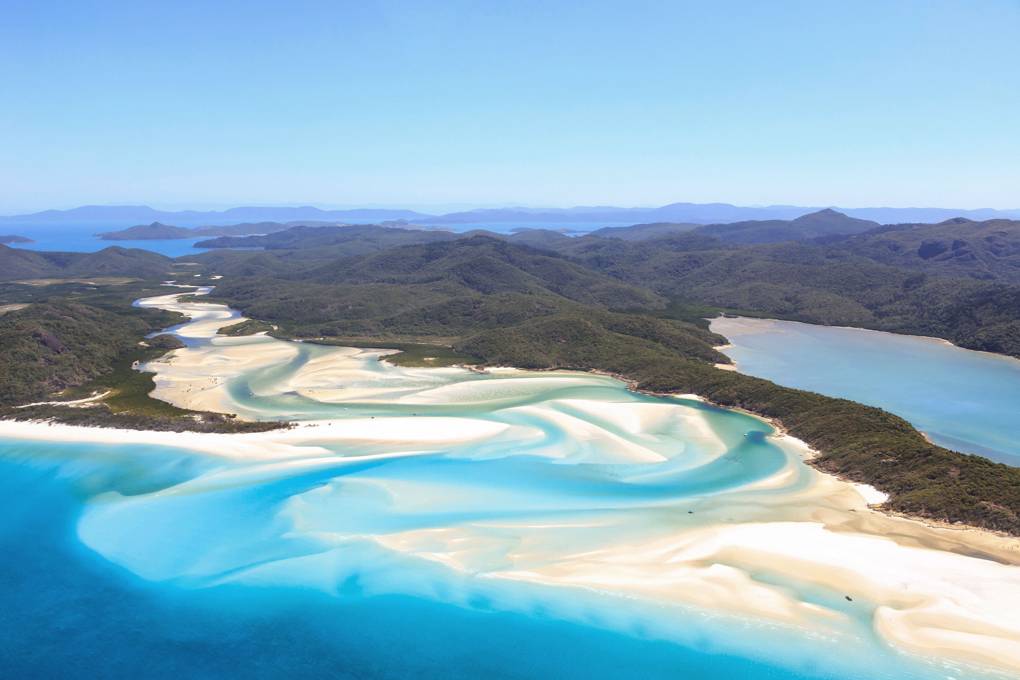 Although the Great Barrier Reef – the largest living thing on Earth – can be seen from space, the best vantage point belongs to the avid snorkelers and scuba divers who visit each year. If you must resurface, do it at the Whitsundays – namely Whitehaven Beach, often considered to be one of the world’s best beaches. 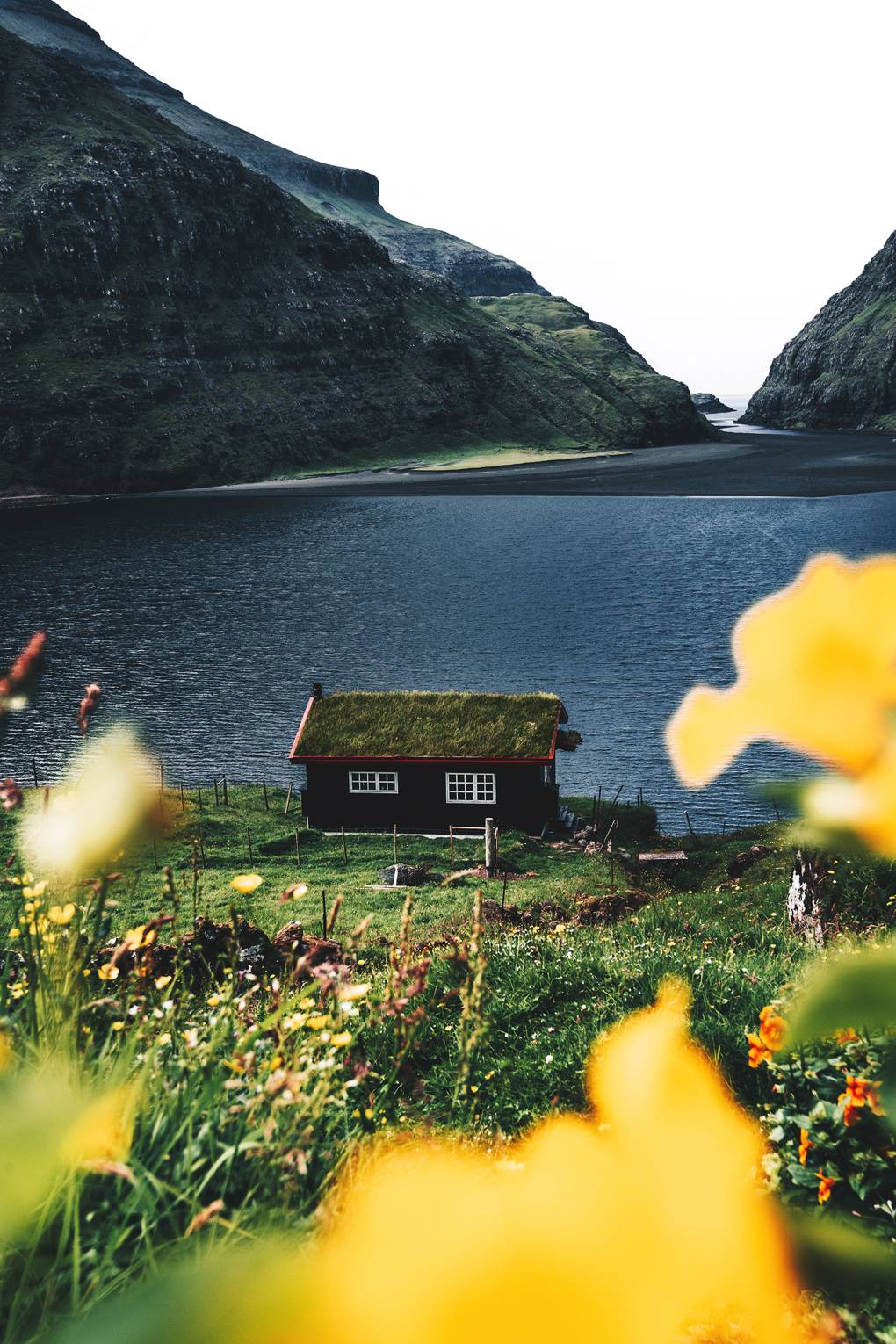 With its grass-roofed houses, rocky coastlines, and abundance of puffins, the self-governed group of 18 volcanic islands is basically one giant photo opportunity. Mulafossur Waterfall might be the archipelago’s most famous site – the cascade is like something from a fantasy novel, falling over the cliffs of Vagar Island to the ocean below, with the green hills of Gásadalur village as its backdrop. 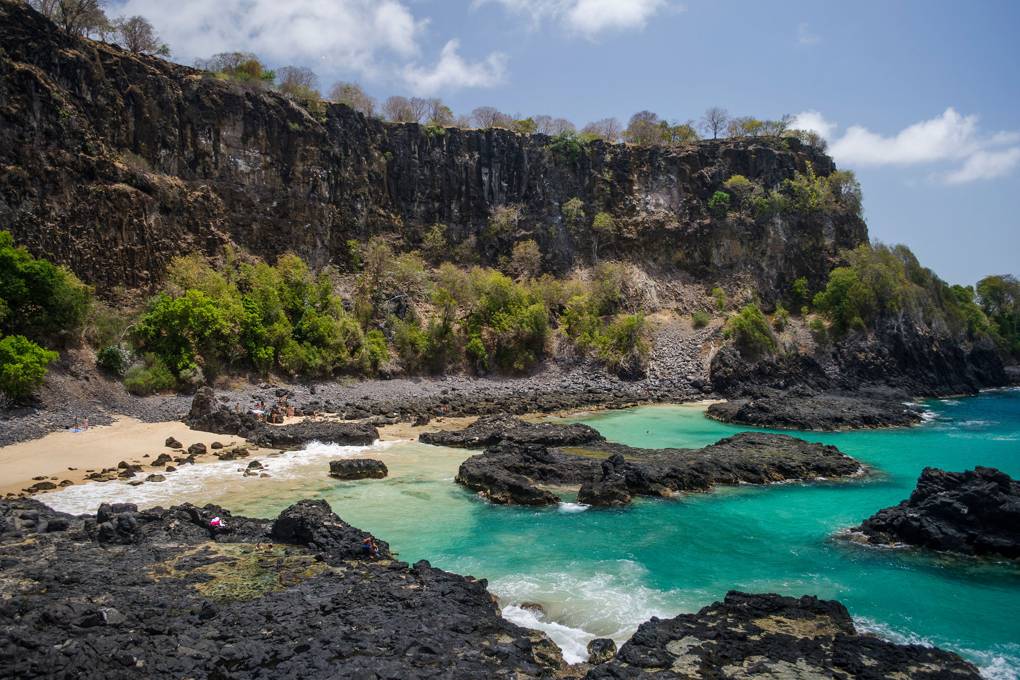 This archipelago off the north-east coast of Brazil consists of 21 islands, with some of the best beaches and landscapes in the country. Think waterfalls, towering cliffs, stretches of white sand, and – perhaps best of all – limited tourists. 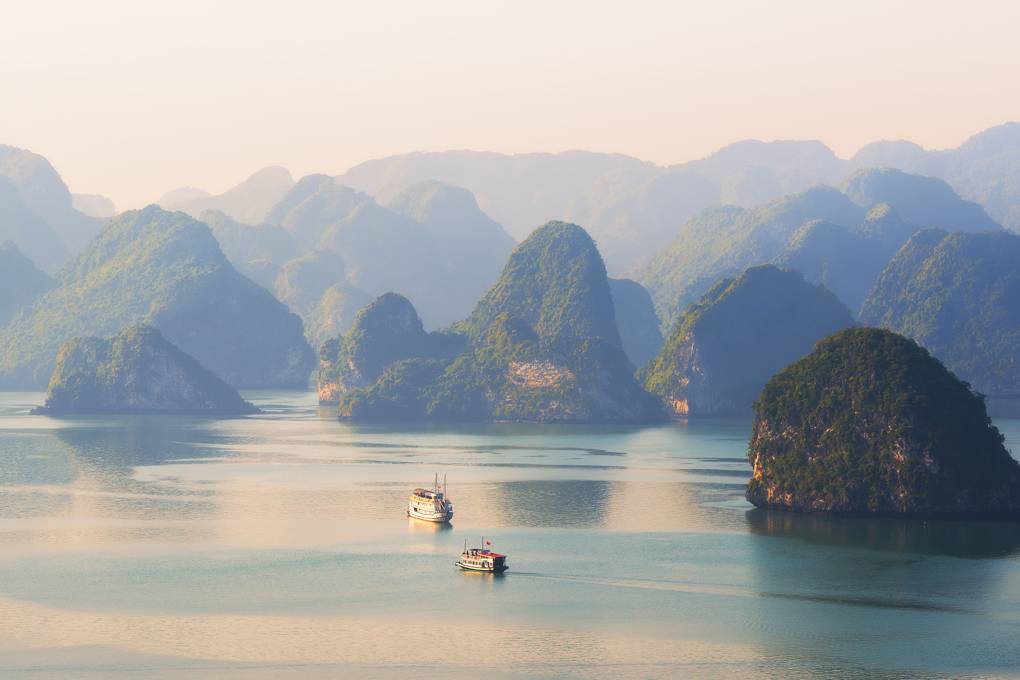 Halong Bay, located in north-east Vietnam, is best-loved for its blue waters and spread of limestone islands, all occupied by tropical trees and wildlife. Board a Chinese junk boat to experience the beauty – and associated myths and stories – of the mist-shrouded emerald basin for yourself. 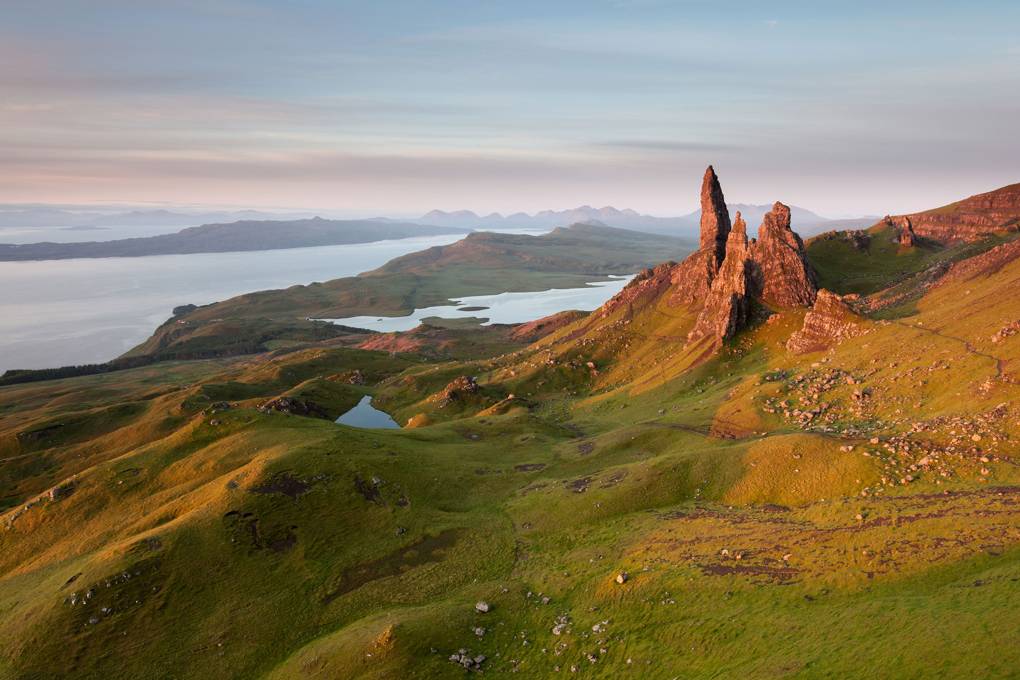 With fairy pools and endless, undulating hills, the magical Isle of Skye is the stuff dreams are made of. While nature here is timeless, the island has a food scene that’s totally modern – we can’t think of a better place to sample Michelin-starred dishes. 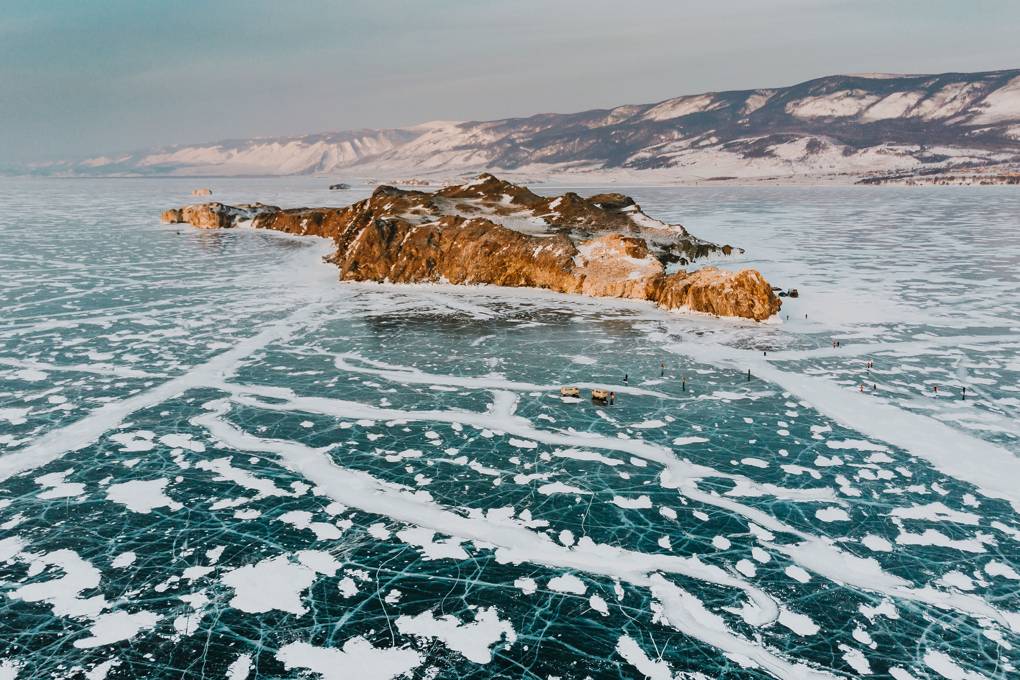 The oldest and deepest lake on earth – it reaches a depth of one mile in some spots – is also home to the world’s only freshwater seals. In winter, the lake transforms into a wonderland, with jagged ice caves encircling what amounts to the world’s largest ice skating rink. 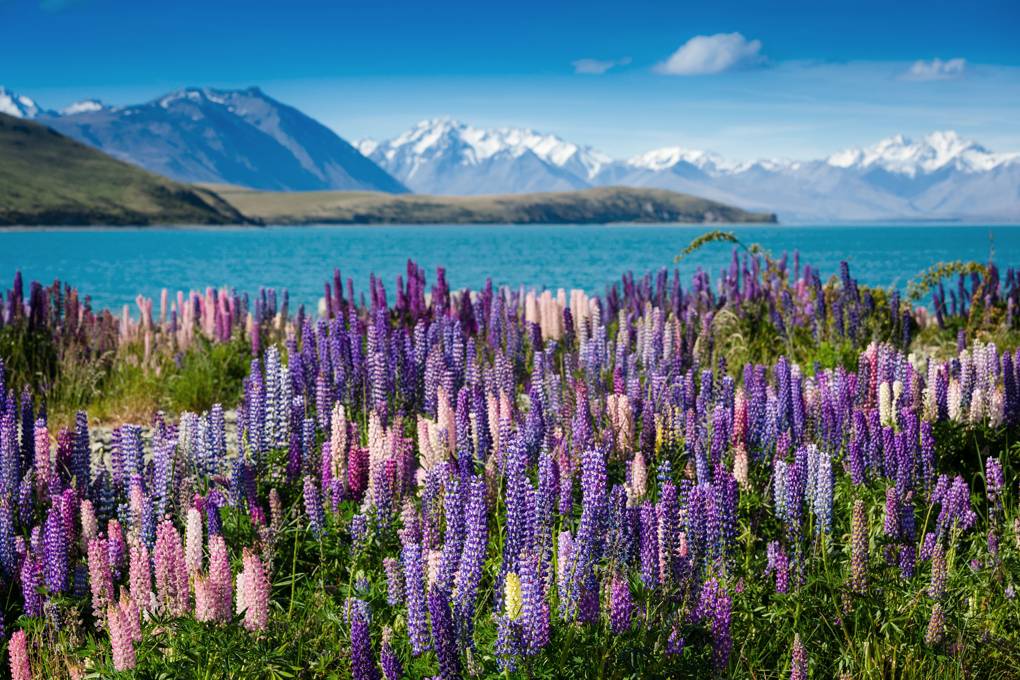 While purple, pink and blue-hued lupin flowers may hail from the USA, they seem to bloom the most vibrantly on New Zealand’s South Island. At Lake Tekapo, in particular, the flowers juxtapose against the backdrop of the water to create one of the country’s most stunning views.

About a three-hour drive north of Chile’s San Pedro de Atacama, this salt lake in the shadow of the Andes is known for its blood-red waters – the result of algae that thrive in extreme heat. The place’s flamingos look their best from December to April, when they are breeding. Be sure to catch the water at sunset, when it’s at its reddest. 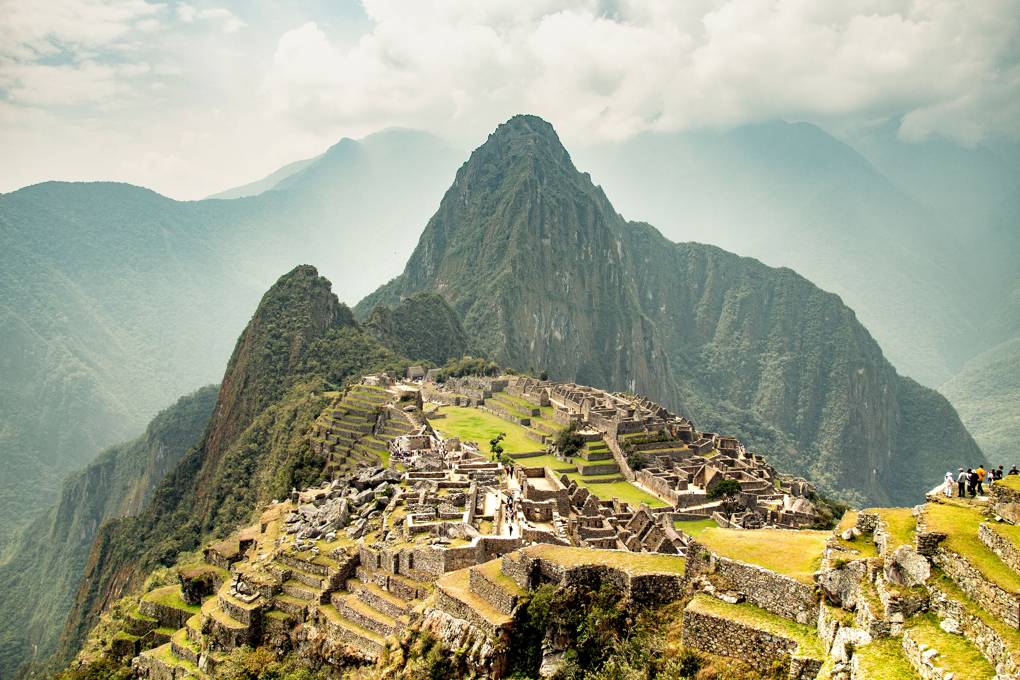 This site’s intricate stone ruins, the work of 15th-century Inca rulers, and natural setting make it a magnificent place to visit. Found at the top of a flattened mountain peak, the ancient wonder of the world benefits from the mountain scenery of Huayna Picchu, lush greenery, and a barrier of Andean peaks that, despite the landmark’s fame, make you feel as if you’ve stumbled upon a secret space. 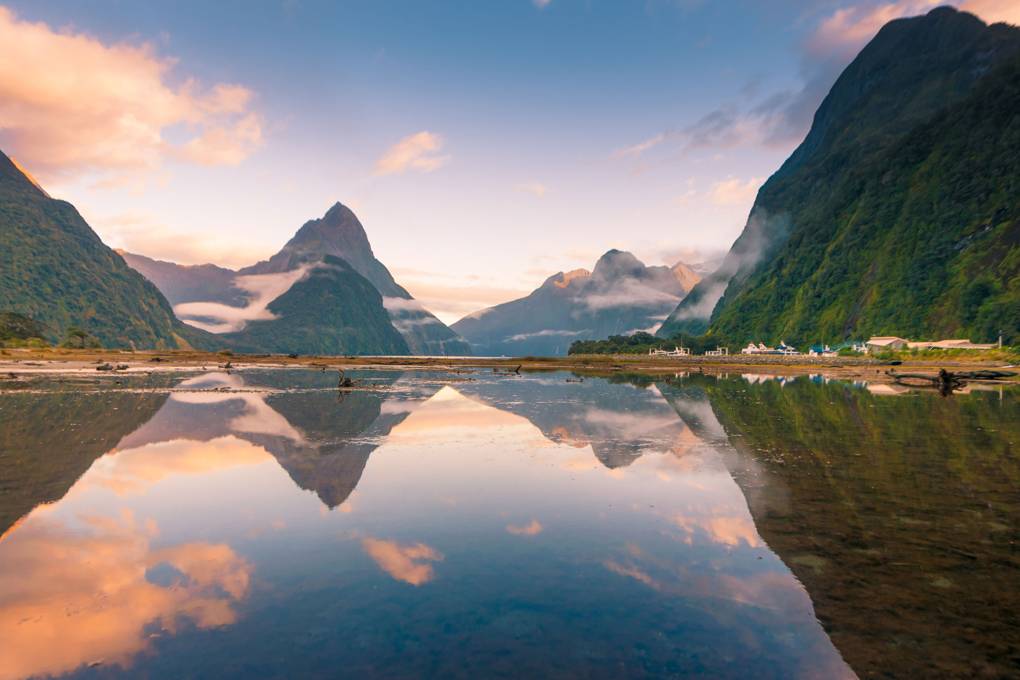 New Zealand is no stranger to breathtaking landscapes, particularly on the west coast of the South Island. Case in point: Milford Sound, a mountainous fjord where you can live out every The Lord of the Rings fantasy. 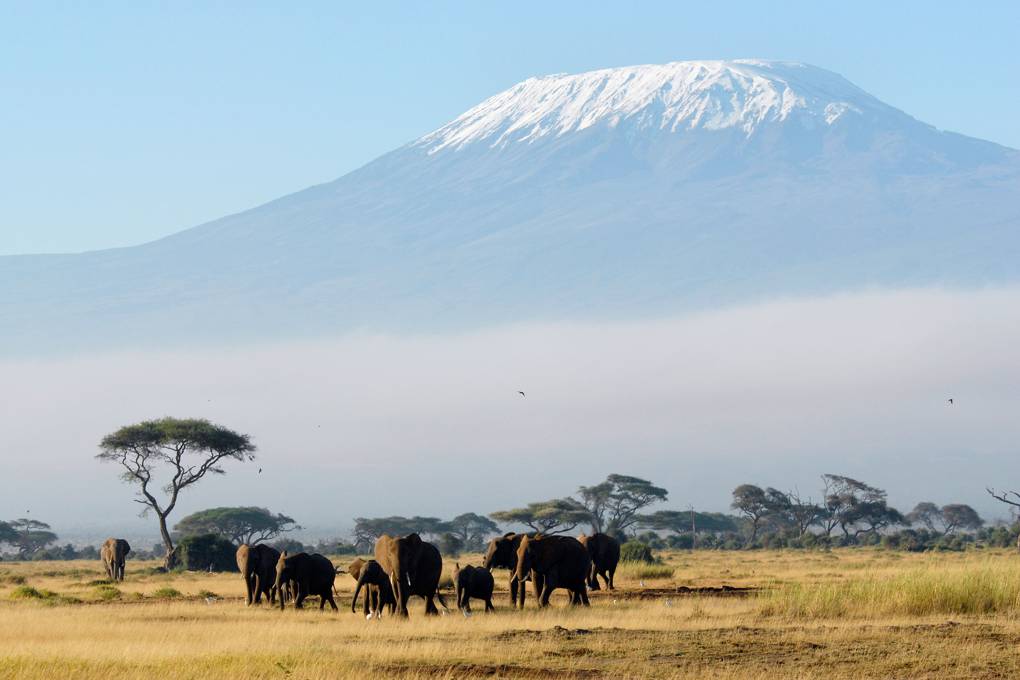 Africa’s highest peak seems more striking than many other famous ones because it’s an ancient stratovolcano that’s not part of any mountain range. That means the 19,000ft summit drops down to vast, flat plains on all sides, making it a mirage-like blip on Tanzania’s widespread topography. As an added bonus, it requires no technical mountaineering skills to climb, so even novice hikers can cross this item off their bucket lists. 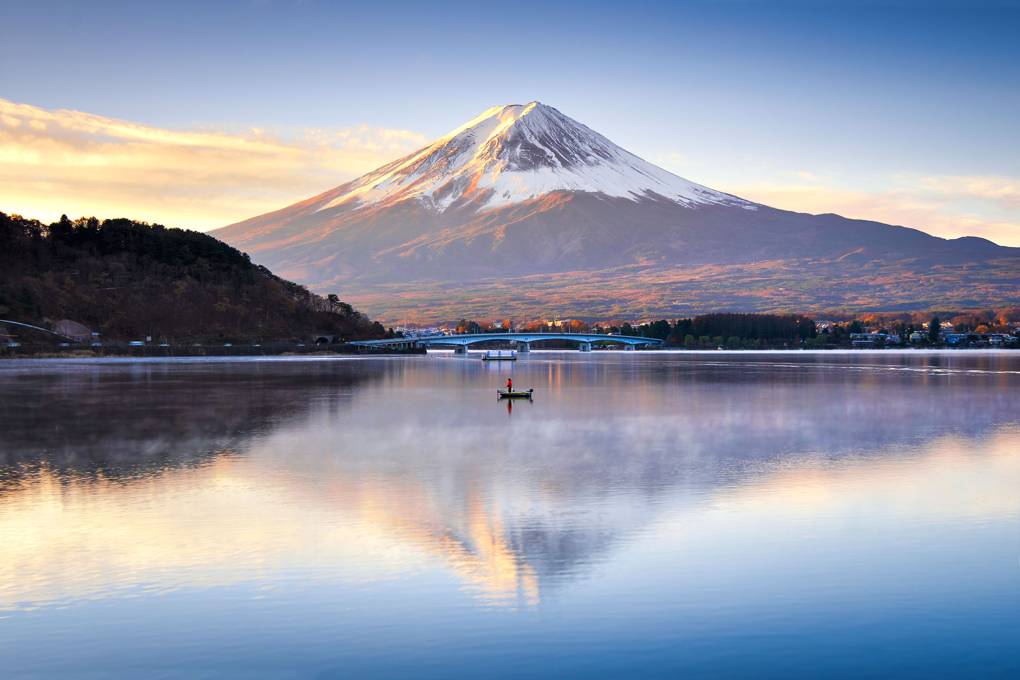 It’s hard to pick the single most stunning place in Japan, but 12,388ft Mount Fuji might just take the prize. Visit Lake Kawaguchiko in the spring for some of the best views of the mountain and postcard-worthy cherry-blossom trees. Or if you’re an avid hiker, plan a trip from mid-July until the end of August, when the snow melts enough to allow access to Fuji’s summit. 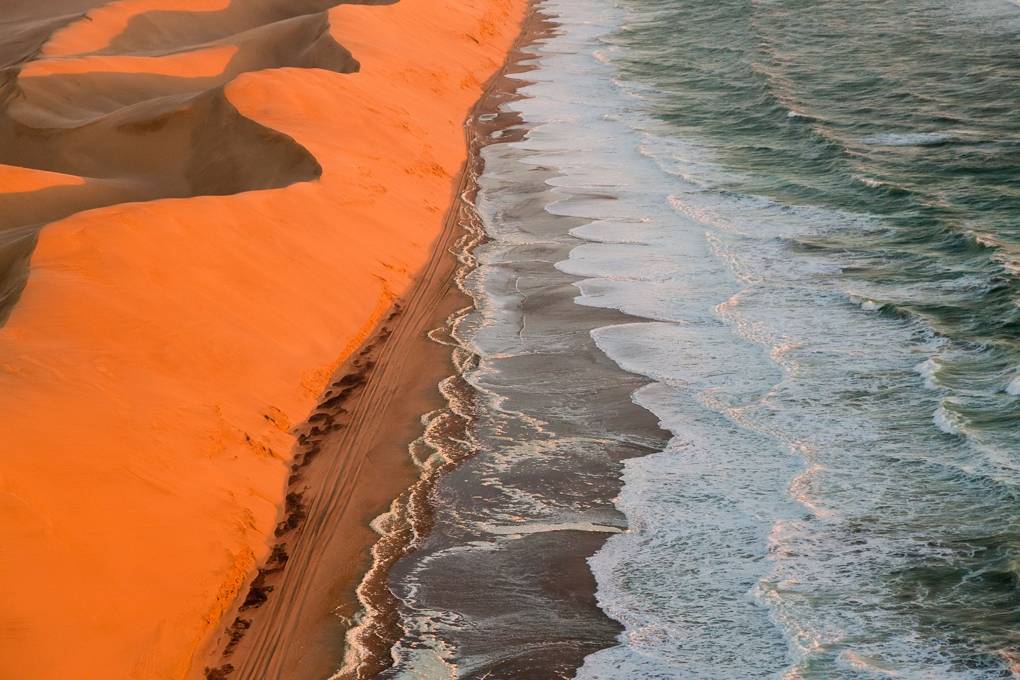 With its otherworldly landscapes and isolated lodges – not to mention populations of rhinos, giraffes, and elephants – Namibia is like nowhere else on Earth. In fact, its red sand dunes and skeletal trees might make you think you’re on Mars rather than in south-west Africa. 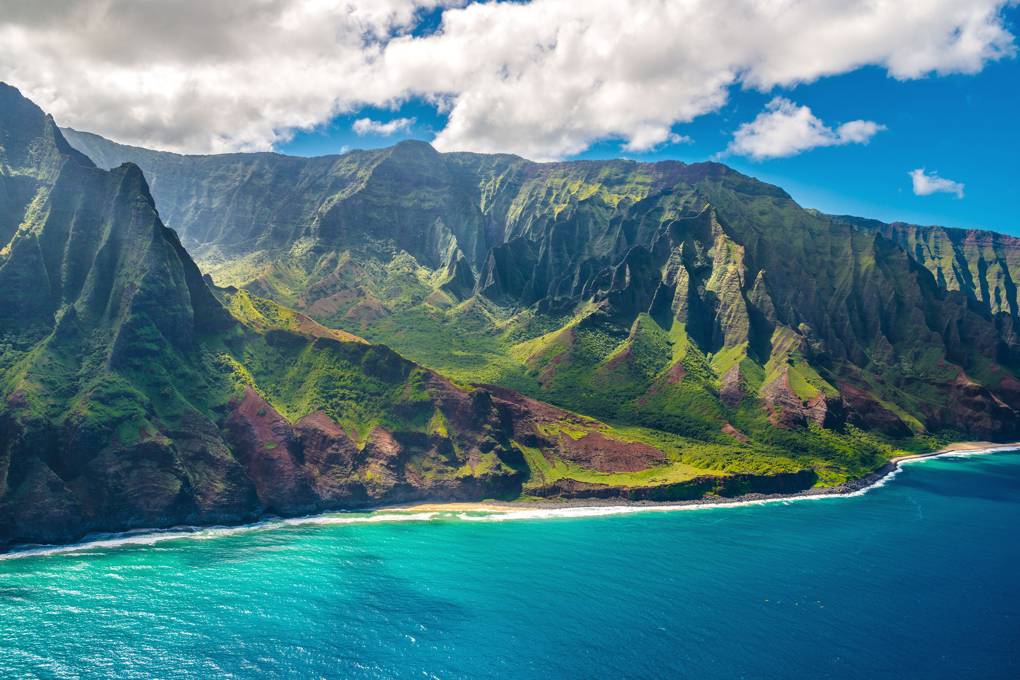 Kauai has one of the world’s most gorgeous coastlines, with towering waterfalls and isolated crescent beaches. Just be prepared to put in a little effort to soak up its wonders: Na Pali can only be seen from a helicopter, catamaran, or on rather a grueling hike. 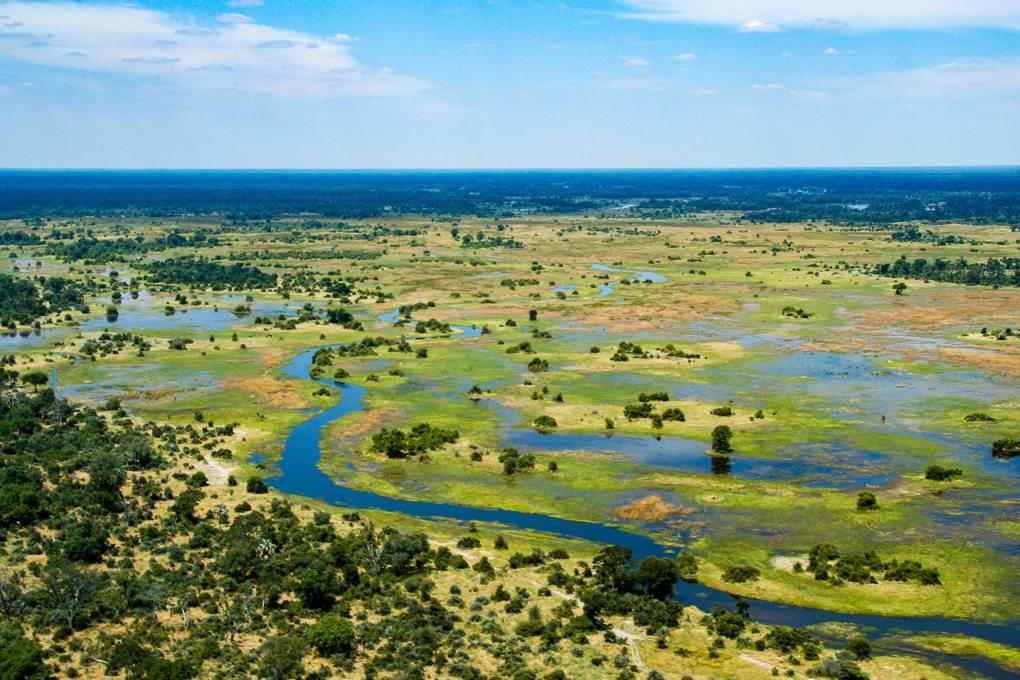 The lush Okavango Delta – a 49-million-acre river delta in northern Botswana – is like a real-world Eden, where cheetahs, zebras, buffalo, and rhinos roam freely. Visit during Africa’s winter (our summer), after the rains when the delta floods: the savanna’s grasses are low, while growth along the waterways attracts tons of wildlife.