Animal pets of all kinds are super-adorable and innocent-looking, but we don’t get to see them often, because they live out there in the wild, freely. But they do show up sometimes to brighten up our days.

This cute little fox along with one of its friends showed up at the house of Vechrotex‘s grandmother, and the photos below will overload you with cuteness. 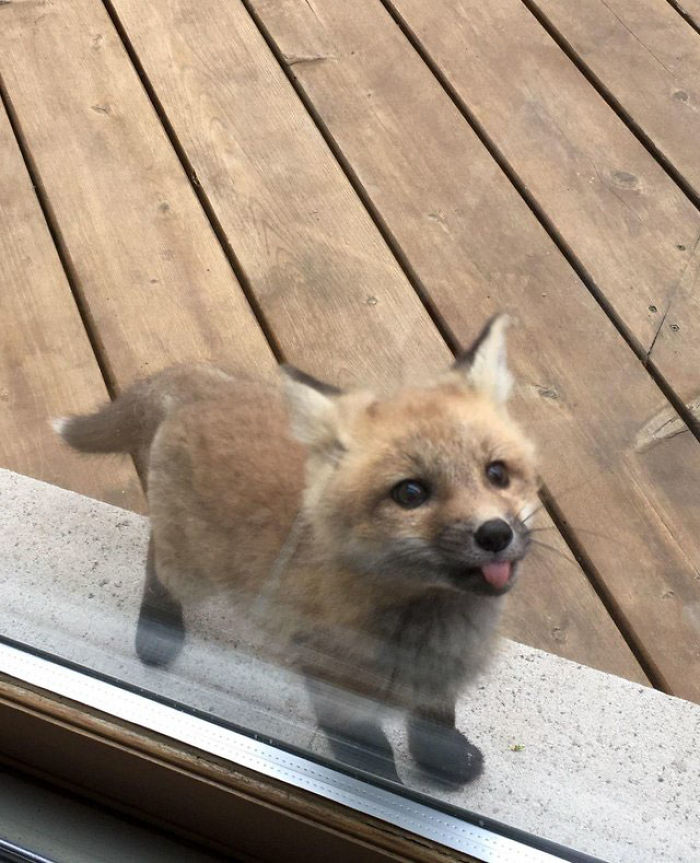 Depending on where you are in the world, baby foxes, or cubs as they are known as, are likely to be spotted between April and July. And a grandma got lucky this past spring by being visited from two of these fluffy little foxes.

As you can see from the photos Vechrotex posted in his Reddit account, the foxes are playful and very lovely, and just achingly cute. The cubs, curious and seemingly on a mission to explore, wandered onto Vechrotex’s grandmother’s porch and peered inside the window. “Do you have anything tasty for me maybe?”

Update: The baby fox at my grandmother’s house has a friend and they are chasing each other 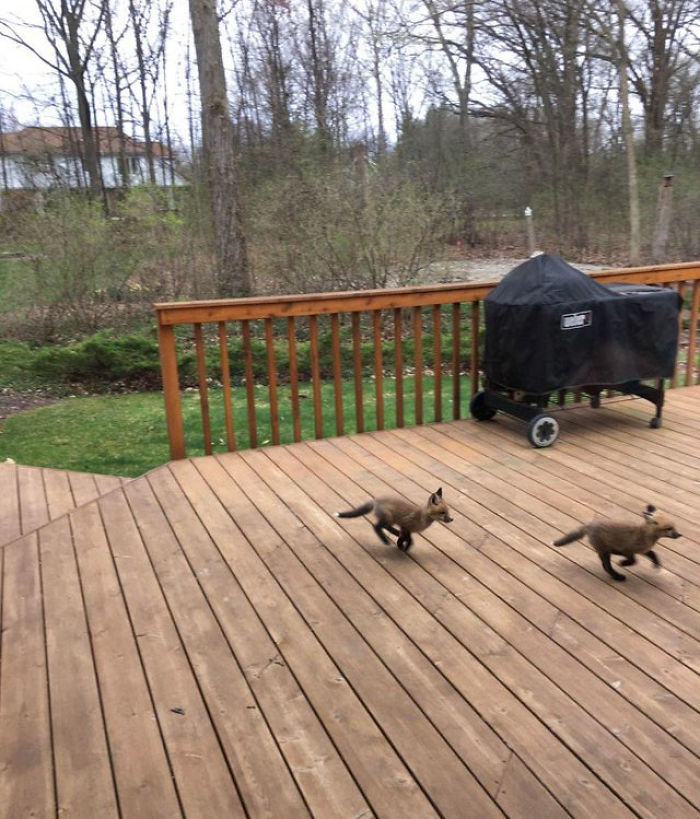 Mama fox keeps an eye on things while her cubs are exploring, and Grandma’s porch is clearly an interesting place for the family. “The mom comes by a lot more than the babies,” Vechrotex explains. “She is always close when her babies are on the porch.”

Another update to the baby foxes: his friend caught his tail! 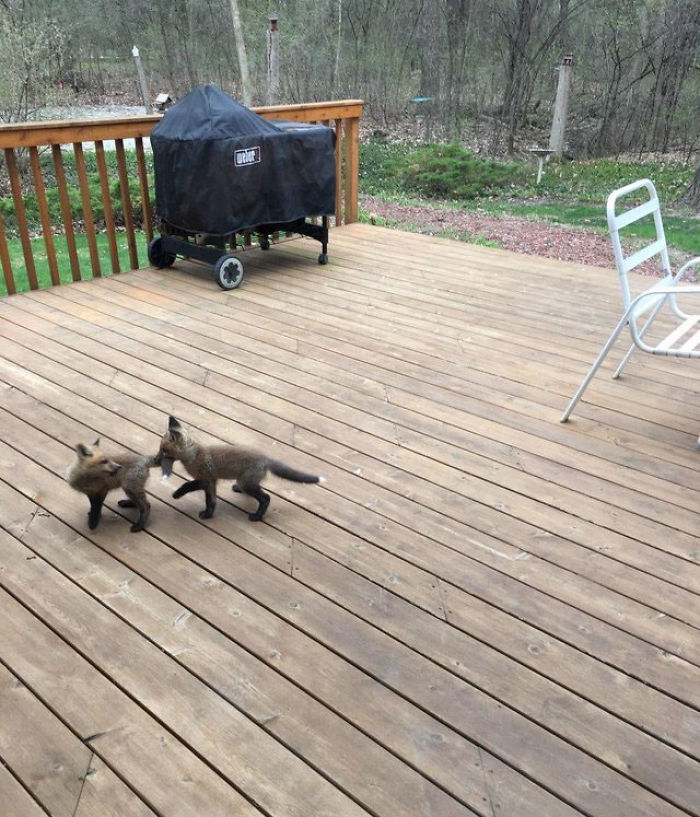 “Here in Illinois we get red foxes in forested areas, we see them a lot and it’s not that big of a deal,” said Vechrotex. “One day my grandma saw a baby red fox and took a picture of it. She shared the picture with me and I thought it was just so cute, I decided to post it. I’m glad I was able to make so many people happy!”

The little baby fox from yesterday came back! 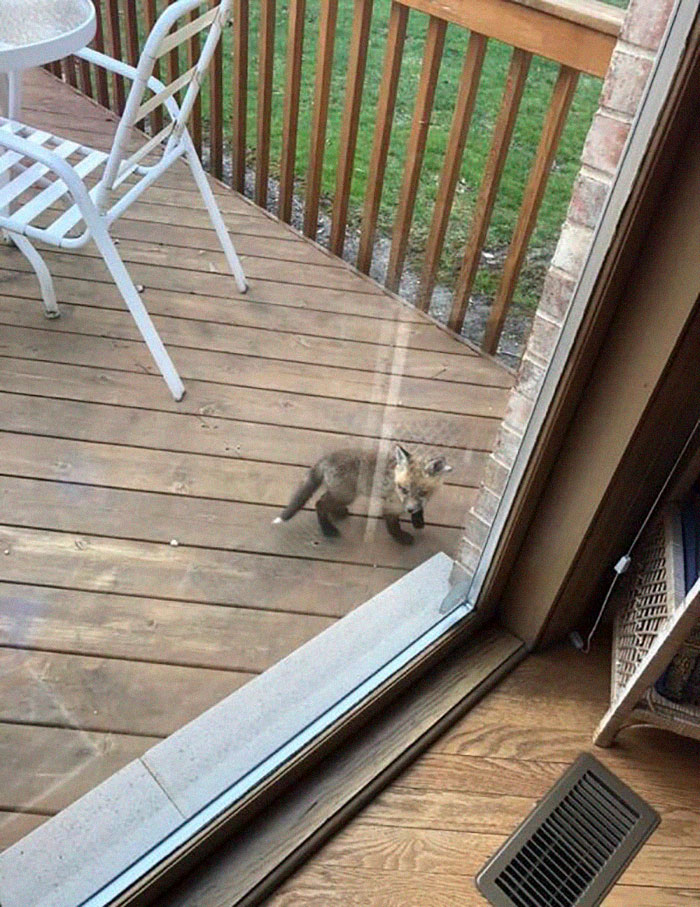 Newborn fox cubs are blind, deaf, dark-grey in color, and weigh only about 120g, but after 14 days, their eyes open. Their pupils are a striking shade of blue, and their first coat gives them a soft, fuzzy appearance. They have small, floppy ears and by now they weigh about 350g.

After four weeks, the cub’s pupils change color and are now greyish. White fur appears around the mouth and patches of red on the face and while the coat is still fuzzy, their ears are now erect. Now it’s hard to tell them apart from their parents, as they have grown up so quickly!

From late September they have grown a full winter coat and the family group breaks up. The cubs will set off to hunt, find a place to spend the winter, and eventually their own mates, so the process can repeat itself again!

People on Reddit wished they were lucky, too, to see such cuteness themselves: 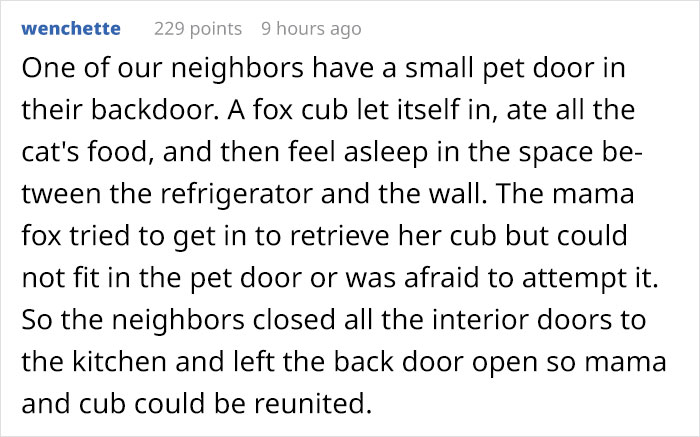