Parrots are usually cute, and a bit annoying if they learn how to talk back, but nonetheless, they’re always colorful, vibey. This parrot we’re presenting to you is no exception, but for one element it is: it cannot really be called cute. Majestic and terrifying yes, but cute.. no, no, not at all!

A dark black tail, a grey chest, and deep, bright red scarlet feathers, this parrot has earned its name as a “Dracula Parrot”, or if you like it better, a gothic parrot.

They are officially named as the Pesquet’s parrot (Psittrichas fulgidus), but most commonly are known as the Vulturine parrot or Dracula parrot. 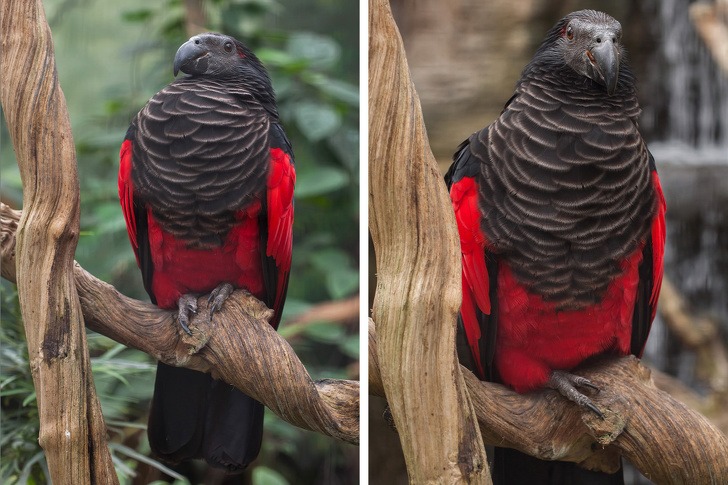 The Pesquet’s parrot or Vulturine parrot is a unique and quite rare parrot. It can only be found in the cloudy forests in the hills and lower mountains of New Guinea, with an estimated 21,000 species. The average Pesquet’s parrot measures around 20 inches (49 cm) and weighs between 600–800 g.

Although the bird is widely, but patchily distributed in Papua New Guinea (PNG), due to the trading of its feathers, the number of this poultry has been declining in the last decade. That’s why it has been listed as Vulnerable by the International Union for the Conservation of Nature (IUCN). 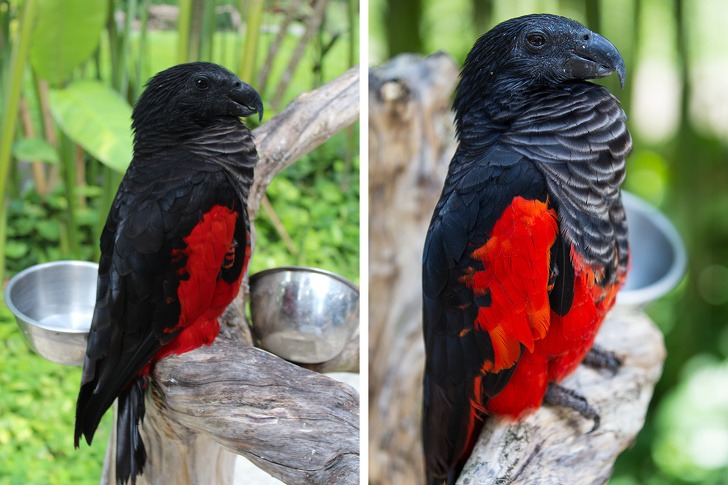 According to the Red List, “Hunting for feathers has increased with population growth. Current rates of decline due to hunting are uncertain but could be relatively minor, and the species appears secure in large areas of suitable habitat in central and western mainland Papua New Guinea, much of which occurs in rugged terrain in areas with a low human population density.” 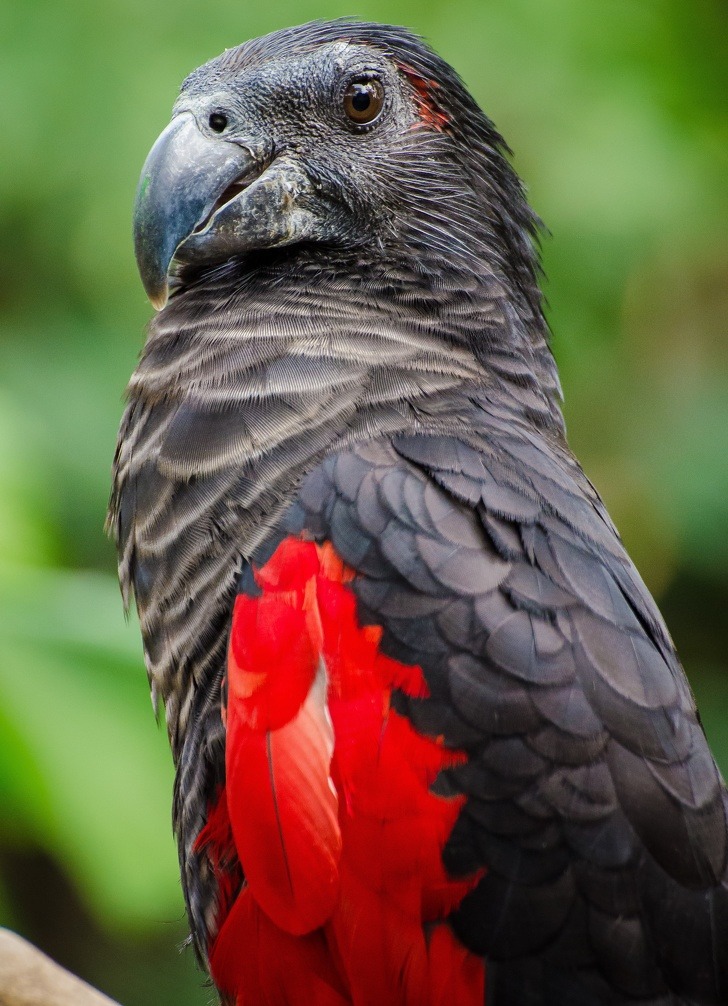 While most parrots that climb from branch to branch, the Pesquet’s parrot exclusively feeds on mangoes and a few species of figs.

It is one of three parrots that do not have feathers on their faces, and scientist believes that the absence of feathers around its beak and eyes is the parrot’s way of preventing its face from matting with the sticky fruit pulp it feeds on.

Australian parrot expert, Matt Cameron poses the question, “If avoiding soiled and matted head feathers is a significant advantage to individuals, it is surprising that bald-headedness is not more widespread among the other fruit-eating parrots.” 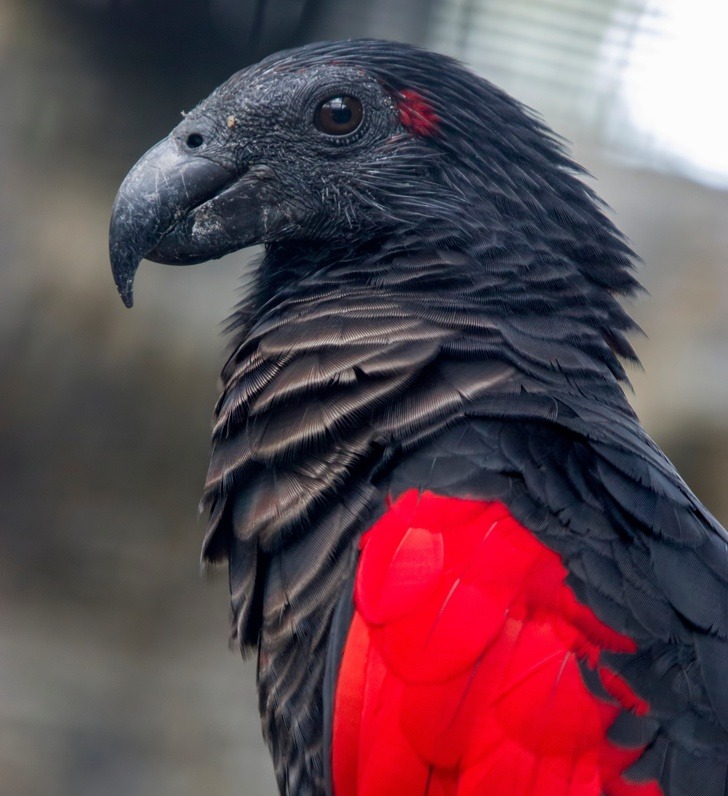 Besides its distinctive look, the parrot’s sound is also a bit frightening, described as a “harsh and rasping growl,” and a “drawn-out scream” when the bird is in flight.

Below you can listen to it for yourself. 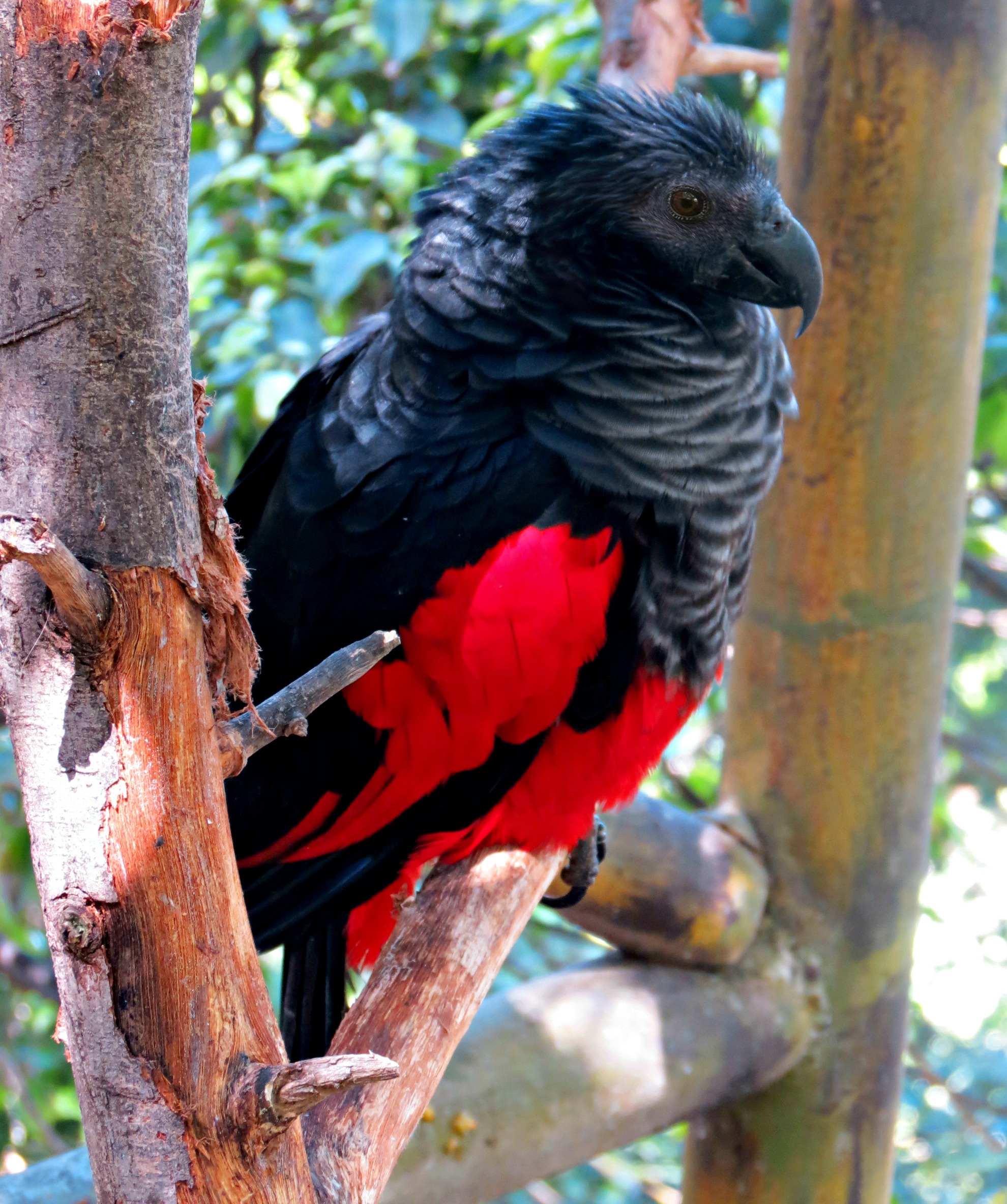 The true parrot superfamily Psittacoidea is divided into three families. There’s the Psittacinae family of African parrots, which encompasses 11 known species, one of the most famous of which is the grey parrot (Psittacus erithacus) from sub-Saharan Africa, Madagascar, and the Arabian Peninsula.

There’s the Psittaculidae family of Asian and Australasian parrots and lovebirds, which has hundreds of members, including lorikeets, budgerigars, and fig parrots.

Then there’s the Psittrichasiidae family, which is split into two subfamilies: the vasa parrots (Coracopsis), endemic to Madagascar and other islands in the western Indian Ocean, and Psittrichasinae, where our Dracula parrot is placed alone. 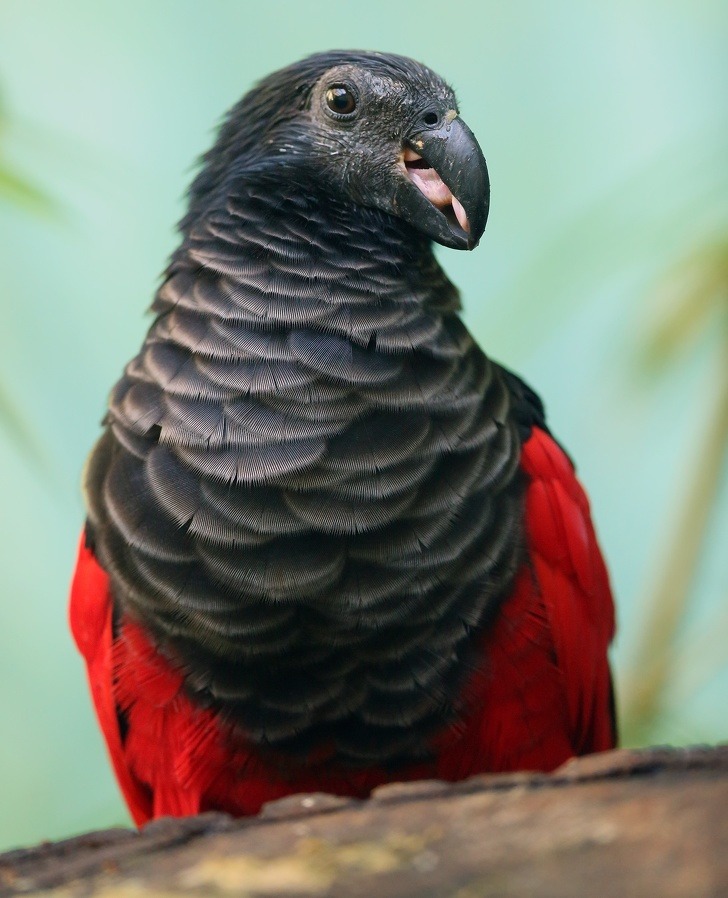 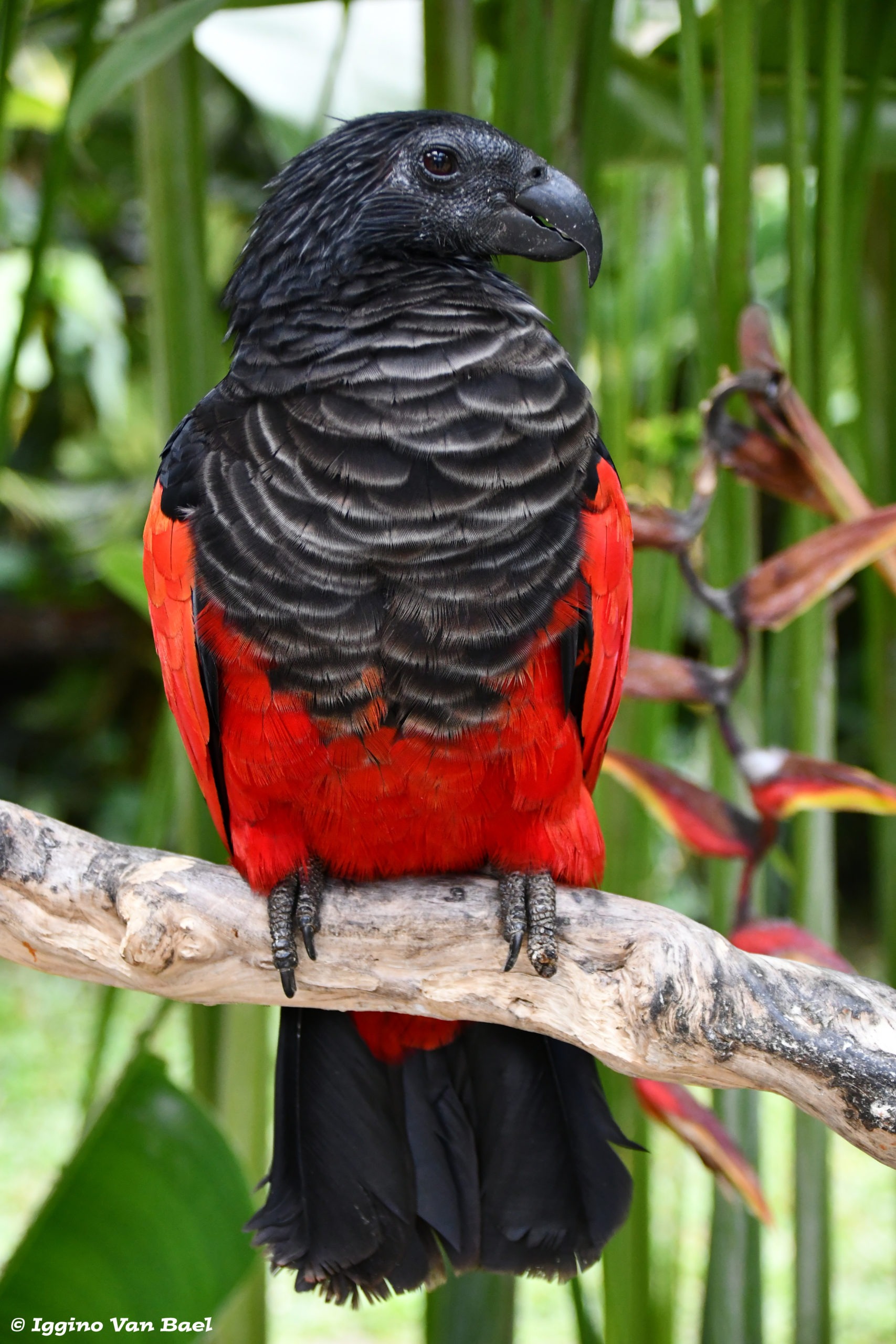 A Couple That Met At Woodstock 50 Year Ago, Finally Finds A Photo Of Their First Hour Together Previous post
20+ Wholesome Photos Of Rescued Pets To Give Us Some Warmth During This Quarantine Next post