This Rare Mossy Frog Is A True Master Of Disguise

There are many animals that are truly so good at camouflaging themselves that they make for excellent predators. Vietnamese mossy frogs are also known to throw their voices up to 10 to 13 feet (3 to 4 meters) making it exceptionally hard to spot them in the wild.

However, one particular animal needs to be given extra credit as they pull this strategy off better than the others, and that is the frog, or more specifically — the Vietnamese Mossy frog, aka Theloderma corticale. One can easily infer that the Mossy frog has one of (if not) the most elaborate camouflage in the entire animal kingdom, the Smithsonian’s National Zoo and Biological Conservation reports. Just take a closer look at them and you will see exactly why it is so! 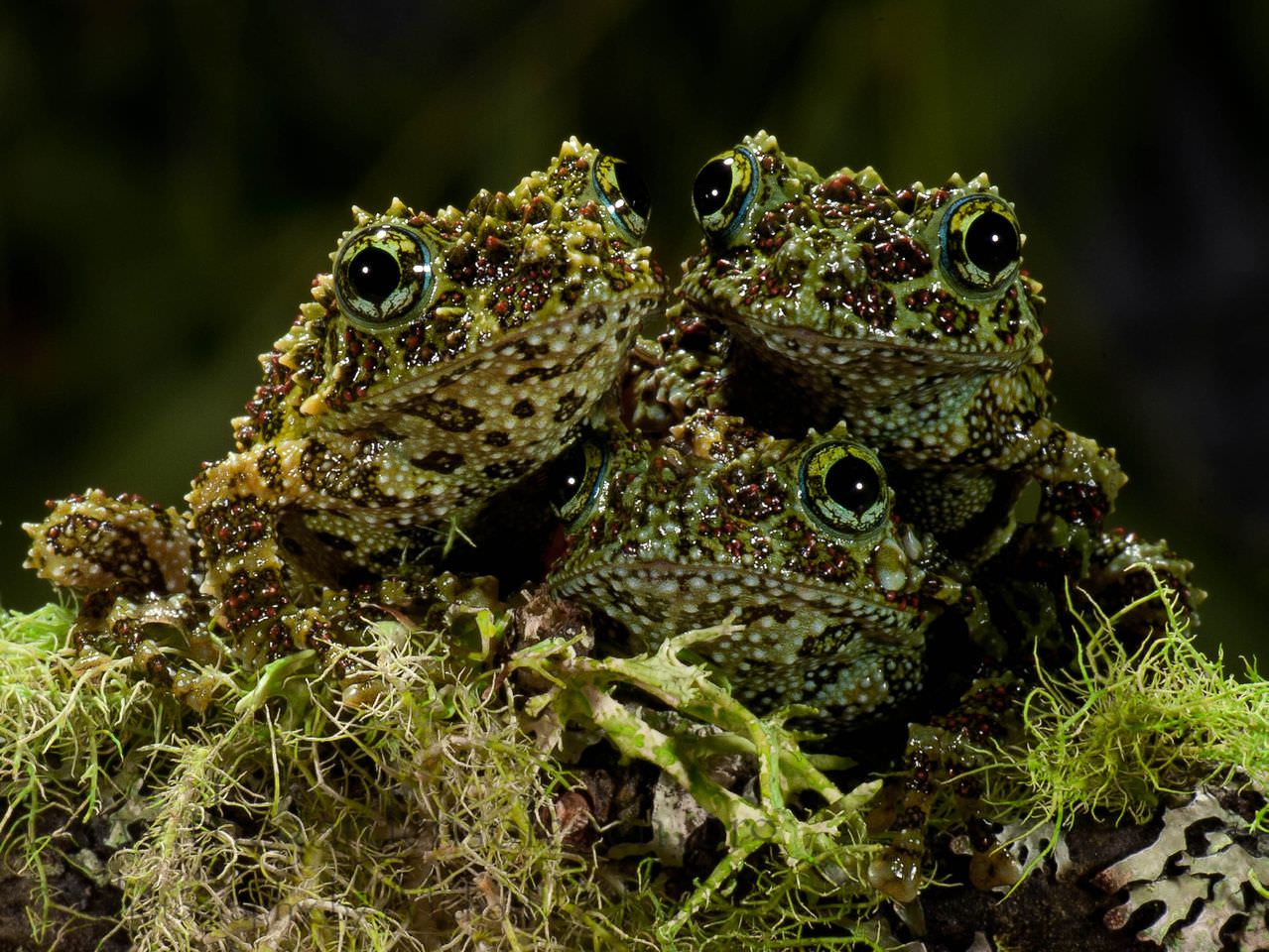 The name “mossy frog” arises from the fact that their skin is a gentle mottled green and brown that precisely resembles ordinary moss that grows on rocks. This is why you won’t ever recognize them if they were on these rocks as you might just mistake them for lumps or smaller rocks themselves. They are really difficult to spot and many people never get to see these creatures.

Their art of disguise isn’t the only notable quality about them. The mossy frogs are well known for their unique sounds and calls. Vietnamese mossy frogs are known to throw their voices up to 10 to 13 feet (3 to 4 meters) making it exceptionally hard to spot them in the wild. You may hear the voice coming from somewhere near you but it’s, in fact, coming from a tree or rock several feet away from you and will have you searching for them in all the wrong places.

According to the Rosamund Gifford Zoo, you can find (good luck with that) these frogs in the rivers and streams of northern Vietnam, where they are native to. These jolly amphibians are found to also have black, red, and green colors along their mossy skin with an uneven bumpy texture that makes it really easy for them to disappear into the background of their natural forest habitats. This is how they keep safe from all sorts of predators and catch many unsuspecting insects for food.

If that wasn’t enough to be impressed, they are also known to roll into a ball and play dead in times of danger. This unique technique of theirs makes them look like a clump of moss that predators will walk past. Going more into the biological specifics, we find that they are similar to other tree frog species. The females tend to grow larger than the males, reaching sizes of 2.5-3.5 inches. These frogs have sticky discs at the end of each toe which allows them to easily climb trees. Their large and bright eyes also give them a profound sense of vision. To end with an alarming wake-up call, these frogs are under threat and their habitat is receding due to deforestation and tourism.