You don’t have to hear much more than the name to know that the monkey orchid is a downright cute flower.

This exotic monkey-faced orchid’s otherworldly looks make it one of the must-have species for all flower lovers. This tiny orchid is yet another testimony to how Mother Nature never ceases to inspire awe in us!

Native to the tropical highland forests of Southeastern Ecuador, the Dracula simia-which translates to “little dragon monkey”-thrives at altitudes around 2,000 meters.

What really captures our hearts about these little buddies are their long faces, formed by a handful of long petals. While the center of the flower may be a dead ringer for our ancestral cousins, the name is a shout-out to the two long sepals (the part of a flower that encloses the developing bud) located at the base of the petals. Even better than its name or appearance might be the scent that is emitted from the monkey orchid. When this particular species of orchid blooms, it gives off a scent of ripe oranges. The best part? They can bloom during any season, at any time.

Be prepared for a hike to see these quirky plants in their natural environment.

Introducing, ‘Dracula simia’ or more commonly known as monkey orchids. Not to be mistaken from ‘Orchis simia’ which has the same name for a different reason. 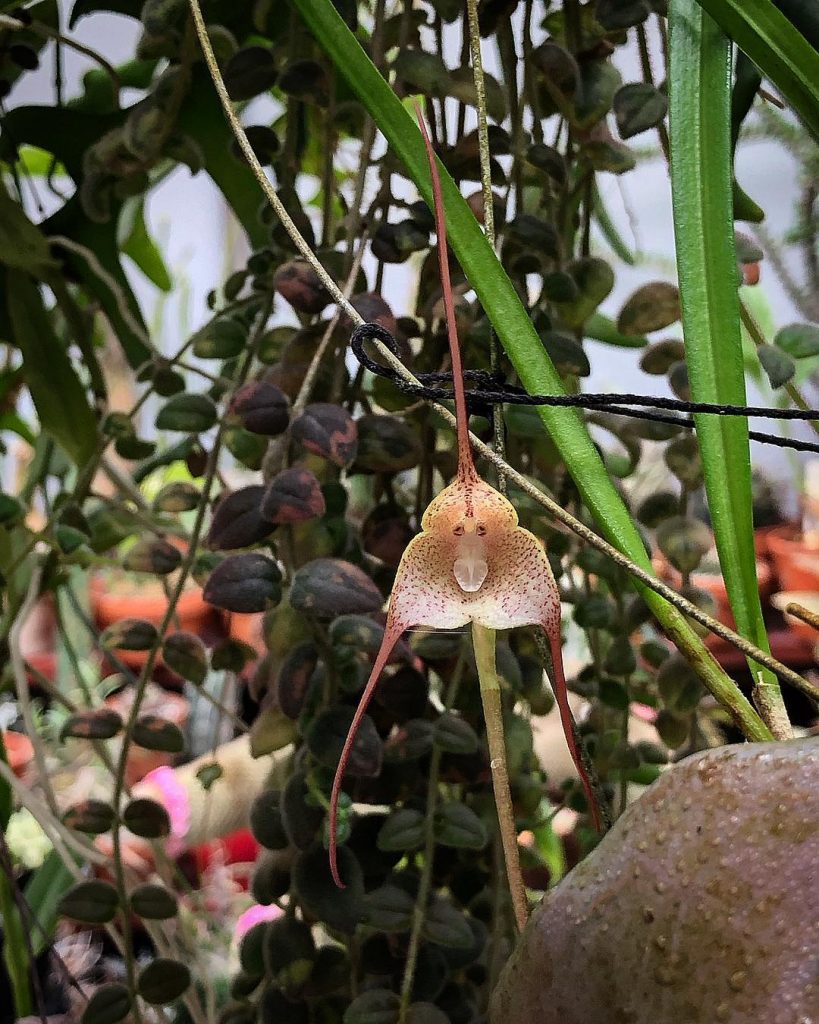 According to the American Orchid Society (AOS), Dracula has around 90 species of flowering plants listed under it. However, one of the most popular orchids remains none other than Monkey Orchid—scientific name Dracula simia.

The name Dracula simia translates to “dragon monkey” making it an aptly fitting moniker as the fully blossomed flower possesses a striking semblance with a monkey face.

Its name is also directly translated as ‘little dragon monkey’ and rightly so. Unless you don’t know what a monkey looks like, it’s very likely that you can see the resemblance. 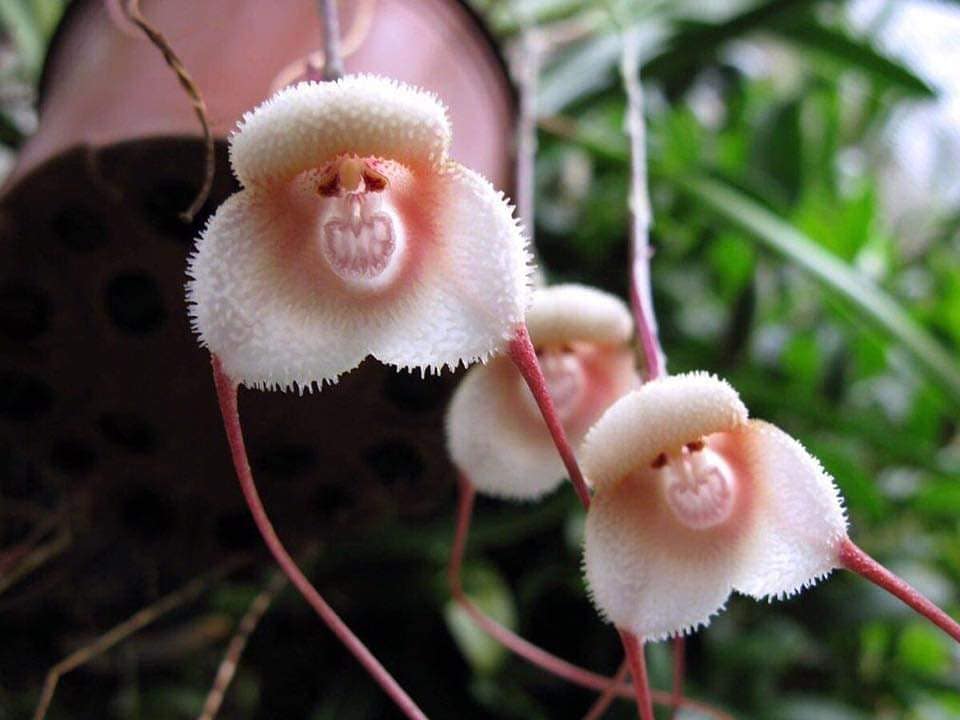 Brian, a research chemist from Boston, USA, described it as a perfect example of a ‘simian pareidolia’ where the face of a primate is seen in an entirely unrelated object.

He said: ‘We were all shocked when all of a sudden we were confronted by all these little monkey faces staring back at us.

‘The weird thing was that each one was a little bit different and almost seemed to have their own personalities.

‘There was a happy one, a sad one, one with a little nose, big lips – a whole family. It was a little freaky.’

These plants can be found thriving from 2,000 meters high, which means it’ll be quite a hike up to find them. 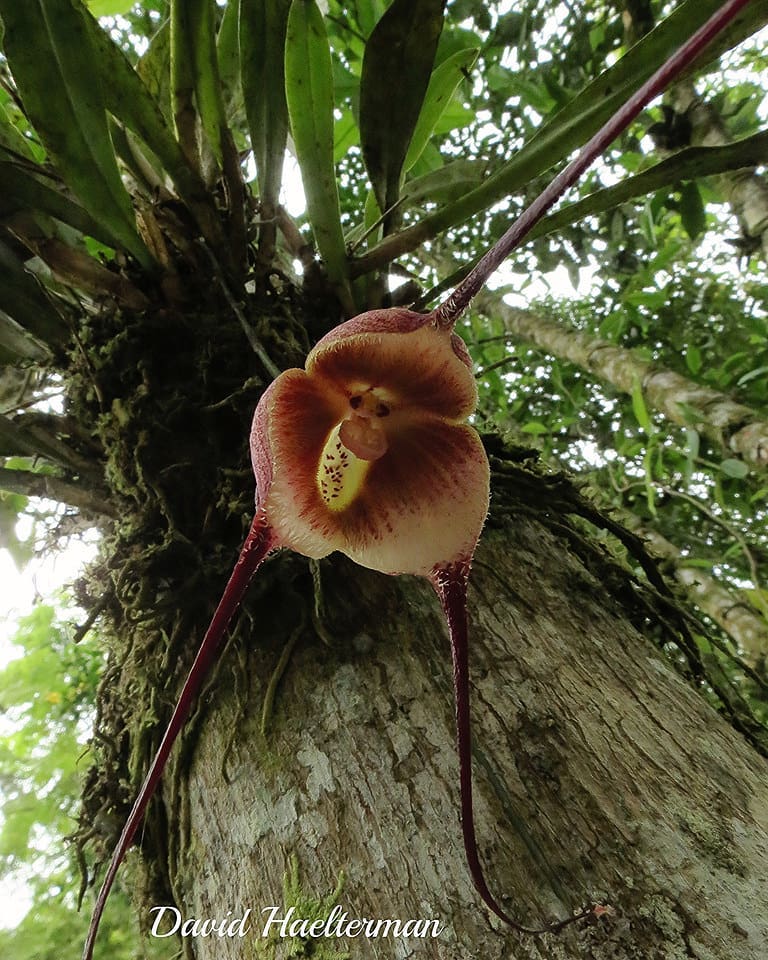 ‘Dracula’ literally means ‘little dragon’ in reference to the two long spurs which protrude from the petals like fangs.

The orchid was only named in 1978 by the botanist Luer but is in a family containing over 120 species mostly found in Ecuador.

Up in the cloud mountains the Monkey Orchid can flower at any time – it is not season specific.

Its scent resembles that of a ripe orange.

Several flowers bloom from the inflorescence and you can find them blooming year-round.

Did you realize there are more than 30,000 different species of orchids on the planet? Some of them may be relatively plain to see but there are a few varieties that are absolutely amazing. This includes the Monkey Orchid, which is perhaps one of the most unique flowers we have ever seen. Not only does it have a unique name, but it also lives up to it.

Another fun fact you’ll love would be that they emit very fragrant smell likened to a ripe orange. 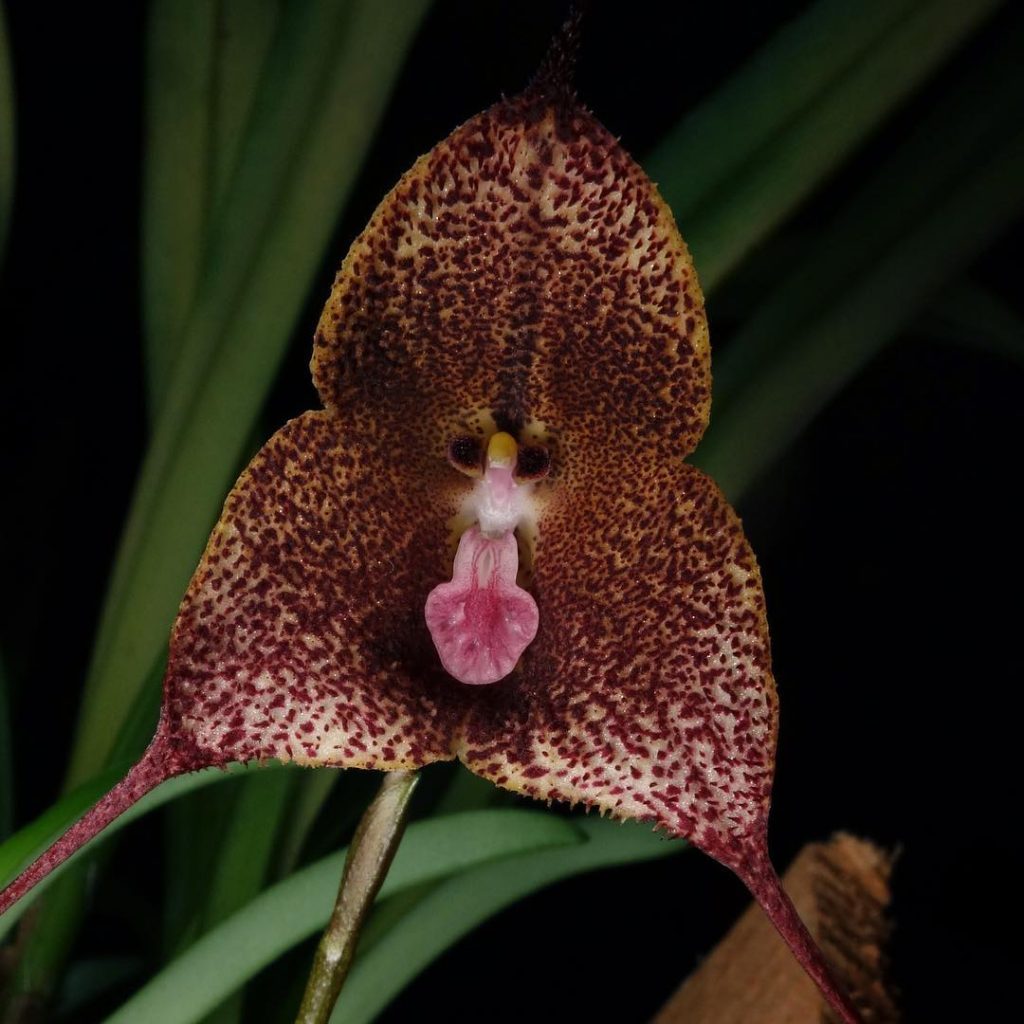 The flower species was christened by Carlyle A. Lueren, a botanist, in 1978. He referred to their petals that look like simians and have a surprising, citrusy scent that will put you in mind of fresh oranges.

This orchid can flower at any time of the year and sometimes they bloom one after the other. There are 118 different species of the flower, all of which are found in Mexico, Central America, Colombia, Ecuador, and Peru with about half of them found in Ecuador.

They also come in 118 varieties, so you will actually see so many different faces in this species. 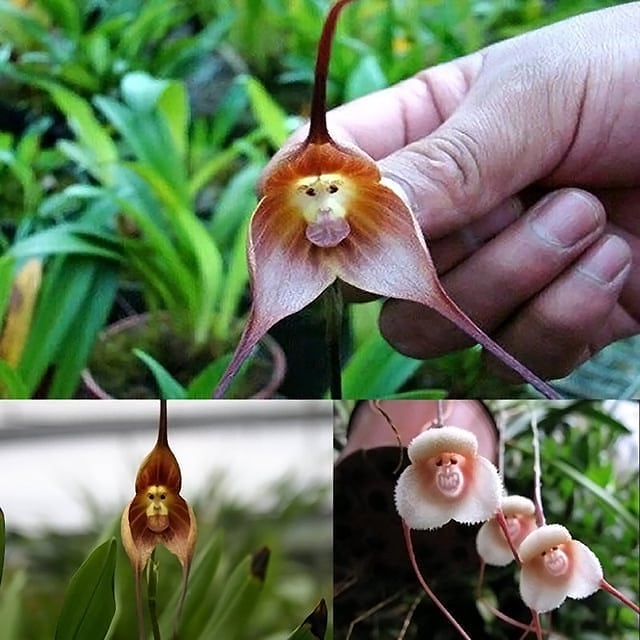 You might want to try growing the flower at home but it isn’t all that easy to do so. You have to be very specific in the environmental condition. They like high humidity of up to 100%, a colder temperature, and low light.

The plants grow about 2 feet tall and you will want to plant them in sphagnum moss if you’re trying to plant them at home. Since they are difficult for a novice to grow, you might want to get your feet wet with other types of orchids before giving these a try.

The species was found by Carlyle A. Lueren in 1978. 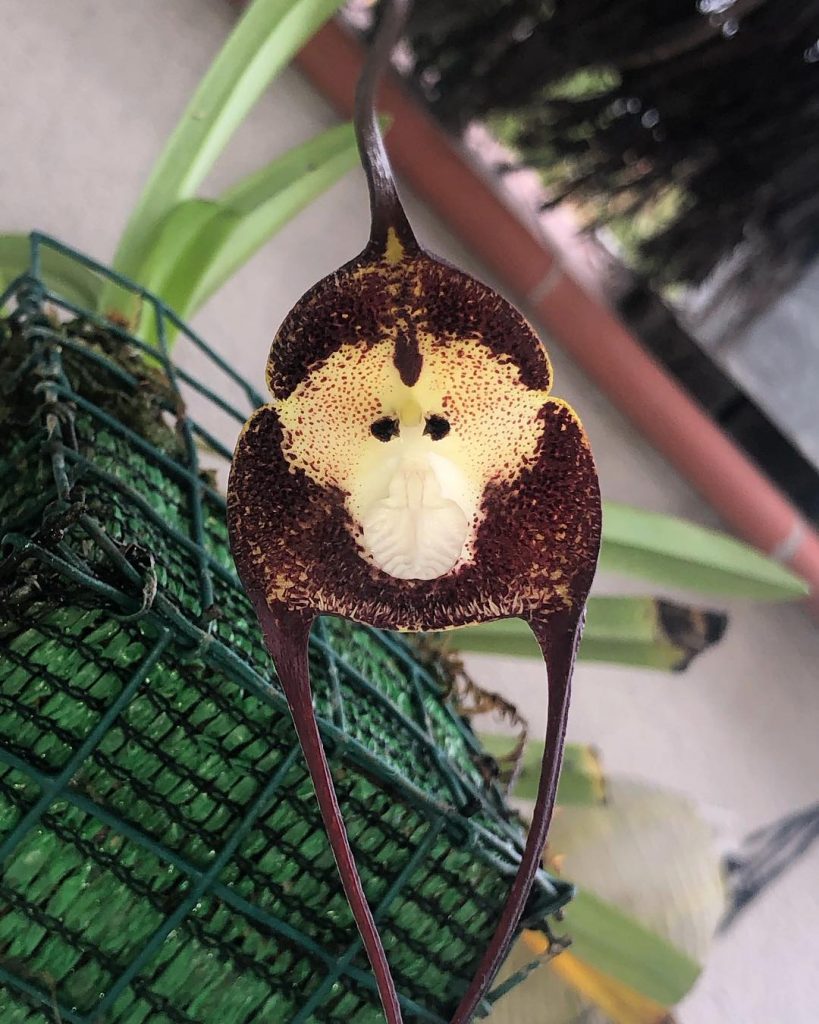 A quick eBay search shows that you can buy Dracula simia seeds-one of the listings even calls them “Dracula Cute Simia” seeds (understandably). But there’s a reason why they only grow naturally in the tropical forests of South America; make sure you’ve prepared a cool, dark environment for these orchids to bloom. And if you’re lacking a green thumb, give your go-to cute animal videos a rest and check out the different types of monkey orchids the next time you need a mental break.

These orchids are actually more specifically referred to as monkey-like Dracula. Which might make you wonder why. 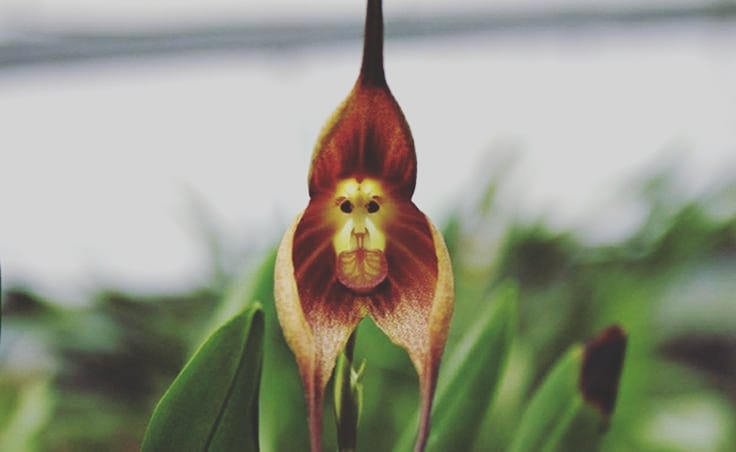 Dracula is the genus of the plant which refers to the long, fang-like extensions of their petals. It also translates as ‘little dragon’ and is a reference to Count Dracula. 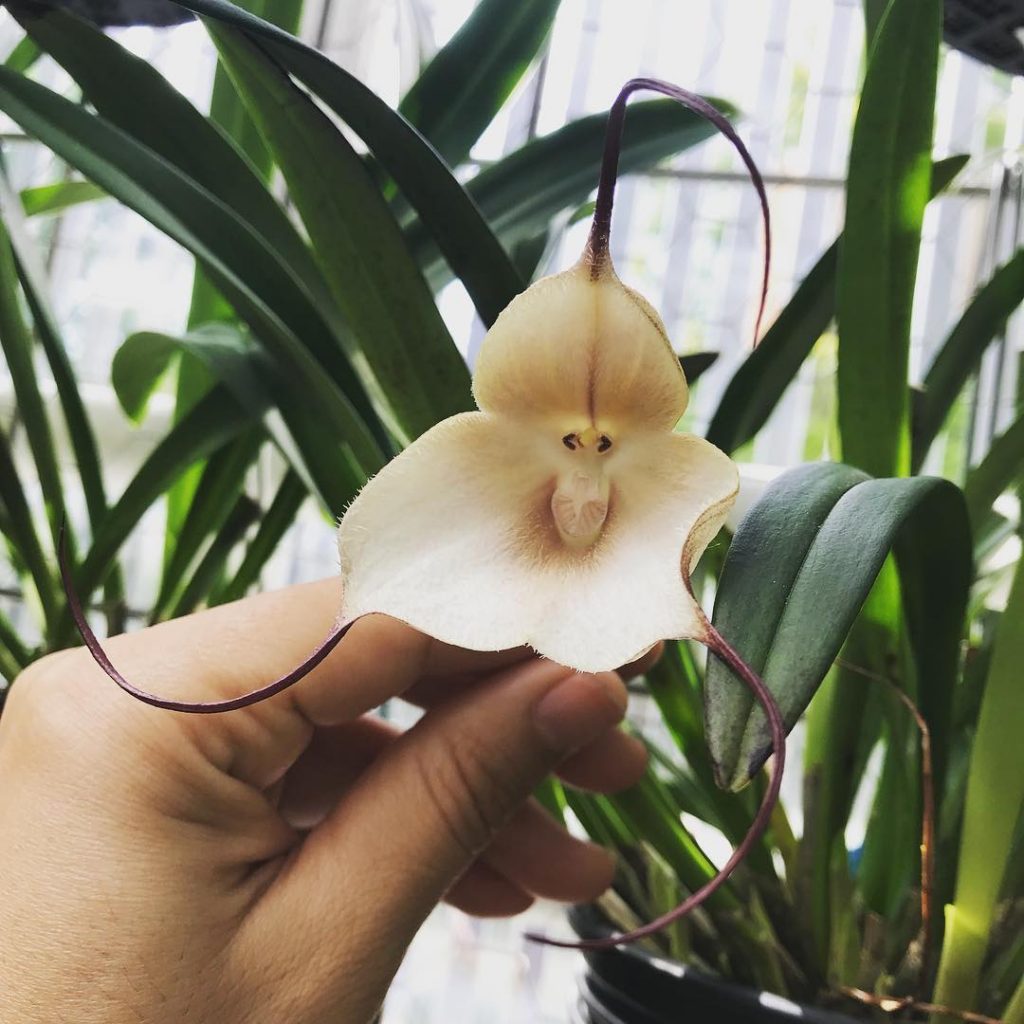 Want to care for one? Plant this in a plastic mesh basket. 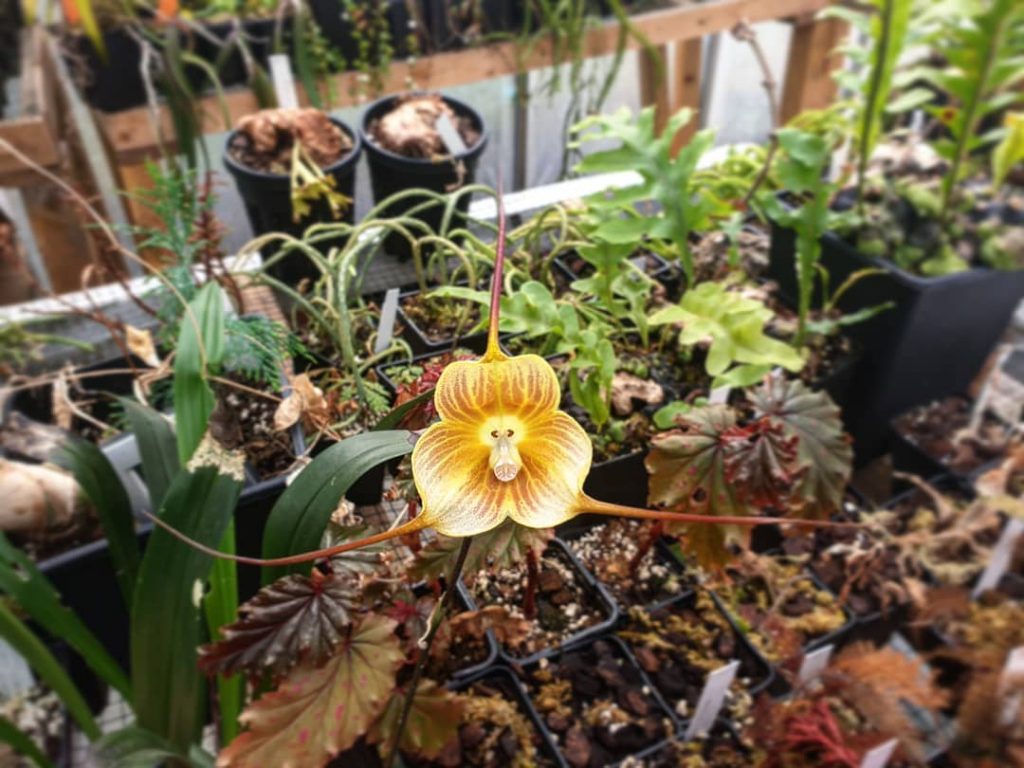 Since orchids are epiphytic, they rely on air and water that cross paths with them to live. So, be sure to water them frequently. 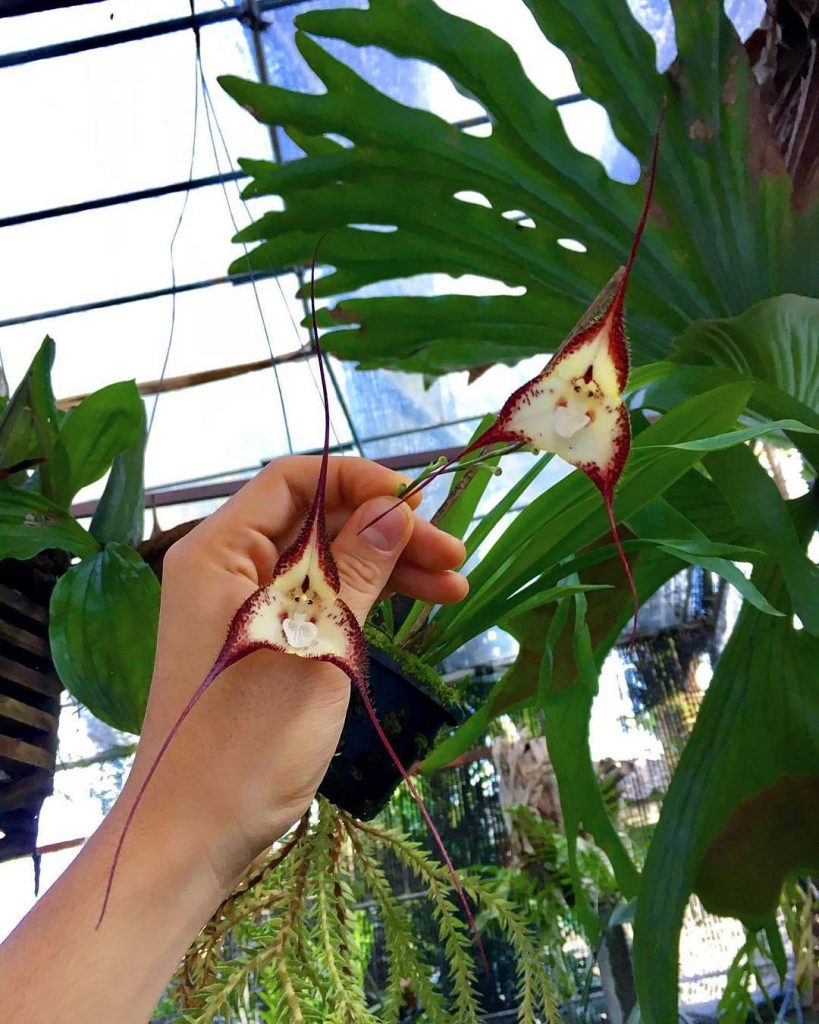 They also love to live under the shadow with an even cool temperature of about 20 degrees Celsius. 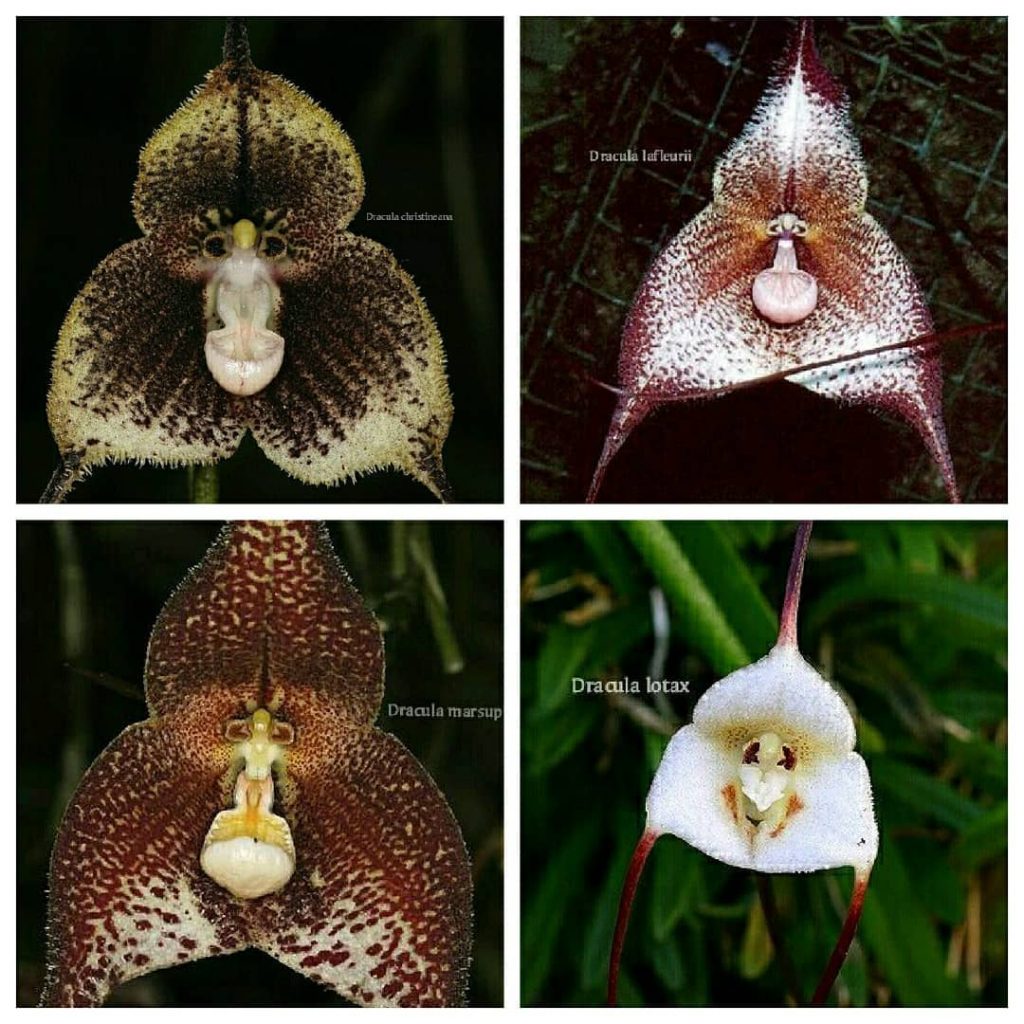