A Giant Tortoise Thought To Be Extinct Over A Hundred Years Ago, It Reappears In Galápagos Island

Is no surprise when we hear that a certain animal is endangered from extinction. In fact, sadly enough, that has become a piece of very common news. What might really come as a surprise is hearing that some animals are known to already be extinct. have reappeared.

A giant tortoise, the Fernandina, was one of those reptiles believed to be long gone – about 110 years ago. But after this very long time, a joint expedition has spotted an individual strolling around a Galápagos island.

The adult female, scientifically named as Chelonoidis phantasticus, was discovered on February 17, 2019. That happened during an Animal Planet funded expedition on the island of Fernandina by the Galápagos National Park and Galápagos Conservancy, according to Ecuador’s Ministry of the Environment.

The very last time there were seen this specie was back in 1906.  Although there was a possible sighting in 2009, researchers hesitated to give any conclusion. Now that the team has also found evidence, namely poop and bite marks on cacti, it suggests that there are other live members of the species on the island as well. 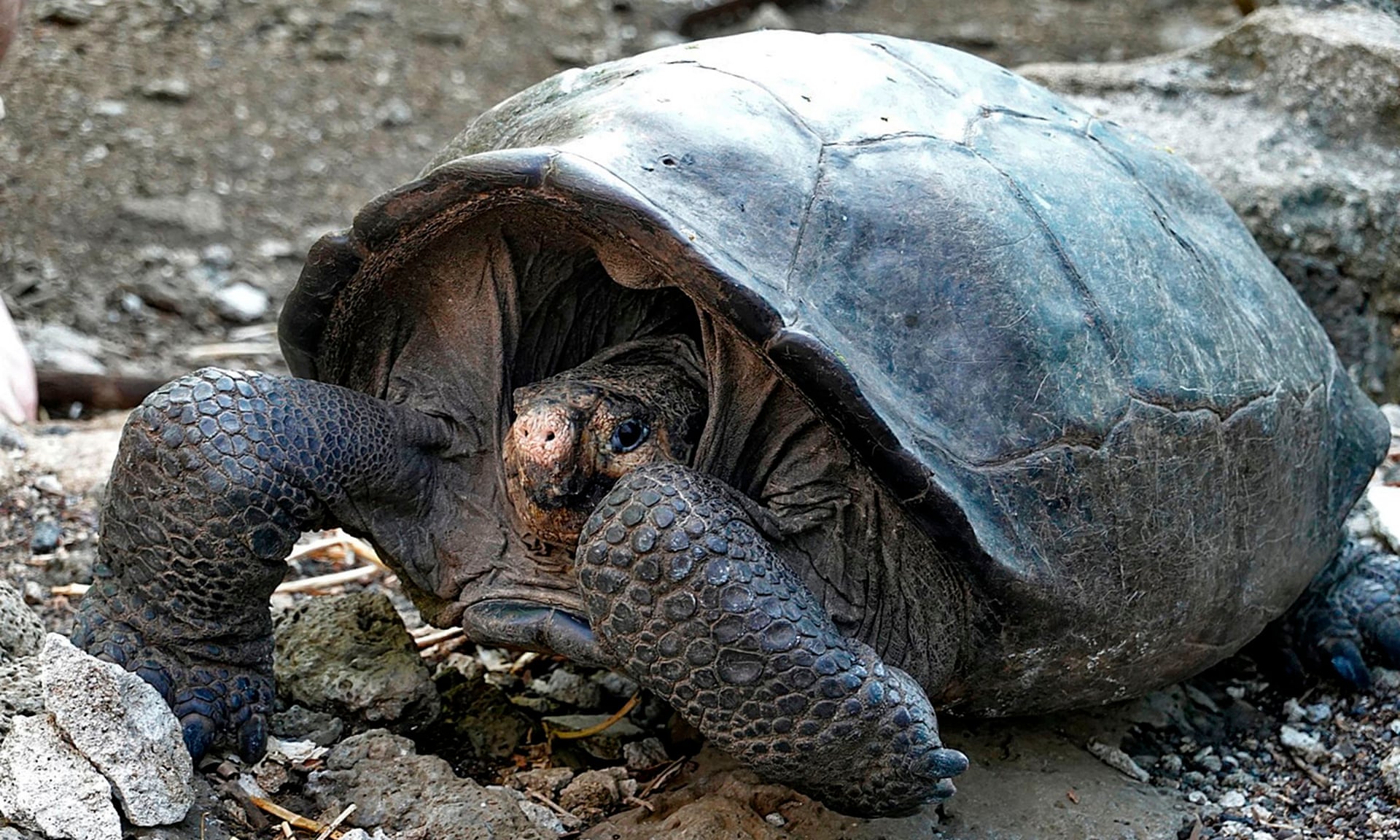 “The conservation of Galápagos giant tortoises has been my world for 29 years, and I have been involved in many exciting events, including the discovery of a new species of tortoise. But this time, the emotion I feel is indescribable,” Wacho Tapia, Director of the Giant Tortoise Restoration Initiative at the Galápagos Conservancy, said in a statement.

“To find a living tortoise on Fernandina Island is perhaps the most important find of the century. The only live specimen of the species from Fernandina (Chelonoidis phantasticus) was found 112 years ago,” he added.

“Now we just need to confirm the genetic origin of this female. She is old but she is alive!” 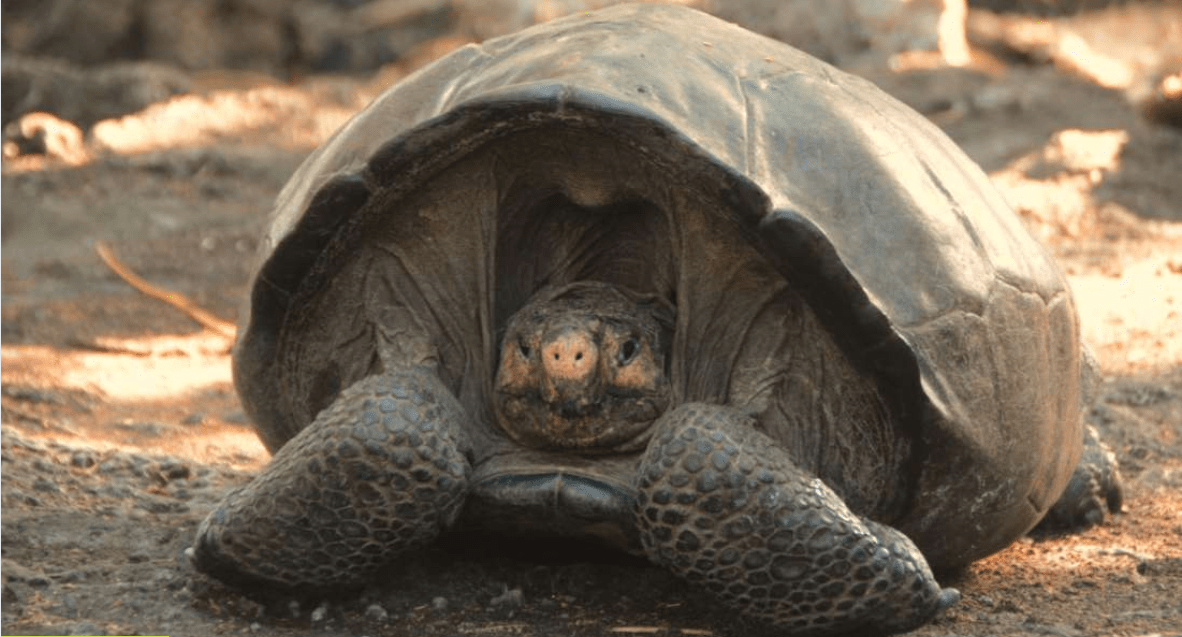 The Galápagos Islands are famous for their giant tortoises. The name of the island itself “Galápagos” derives from an old Spanish word for tortoises. However, it’s less well known that there are actually at least 15 species of giant tortoise that inhabit the volcanic archipelago.

As a general rule, the species that live in the humid highlands have domed shells and short necks, as they have plenty of low-lying vegetation to eat, but tortoises that live in dry flatlands have “saddleback” shells and a long neck,  which enables them to reach up and eat higher growing plants.

The Galápagos Islands are also well known for providing Charles Darwin with the inspiration and knowledge to write his works on evolution by means of natural selection.

Found 1,000 kilometers (~620 miles) west of mainland Ecuador in the Pacific Ocean, the islands are home to some of the world’s most varied and unique wildlife, including the blue-footed booby, the lava lizard, and colossal sunfish, to name a few. 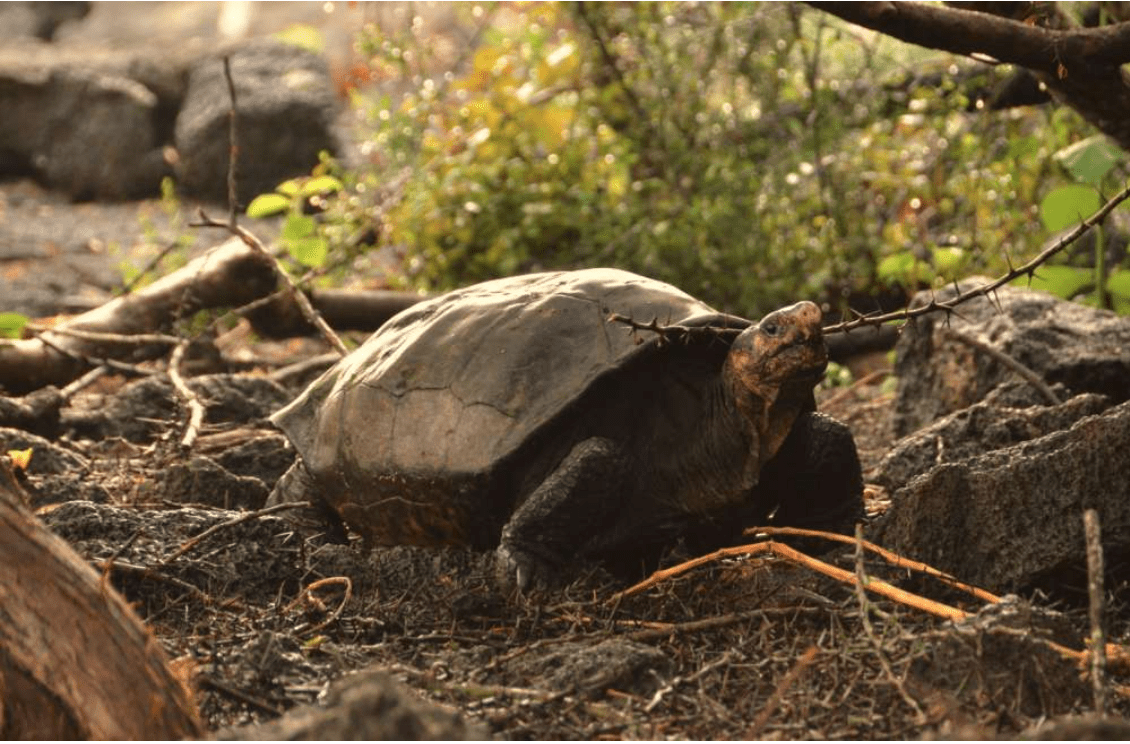