One of the best things about spring is undoubtedly the lovely flowers that come with it. While we work hard to keep our home gardens in tip-top shape, they’re no match for the bountiful and colorful landscapes of the top flower peeping destinations like Hitachi Seaside Park in Hitachinaka, Japan. Usually, around this time of year, the park is bustling with visitors eager to snap a picture of its stunning flora, but due to COVID-19 precautions, the park has been closed since April 4. This hasn’t stopped its magnificent plant life from doing its thing, though. Currently, millions of beautiful blue flowers (also known as nemophila) are in bloom at Hitachi Seaside Park and it truly looks like a sight out of a fairytale.

Over 5 million flowers, also known as baby-blue eyes, has turned the landscape into a magical sight 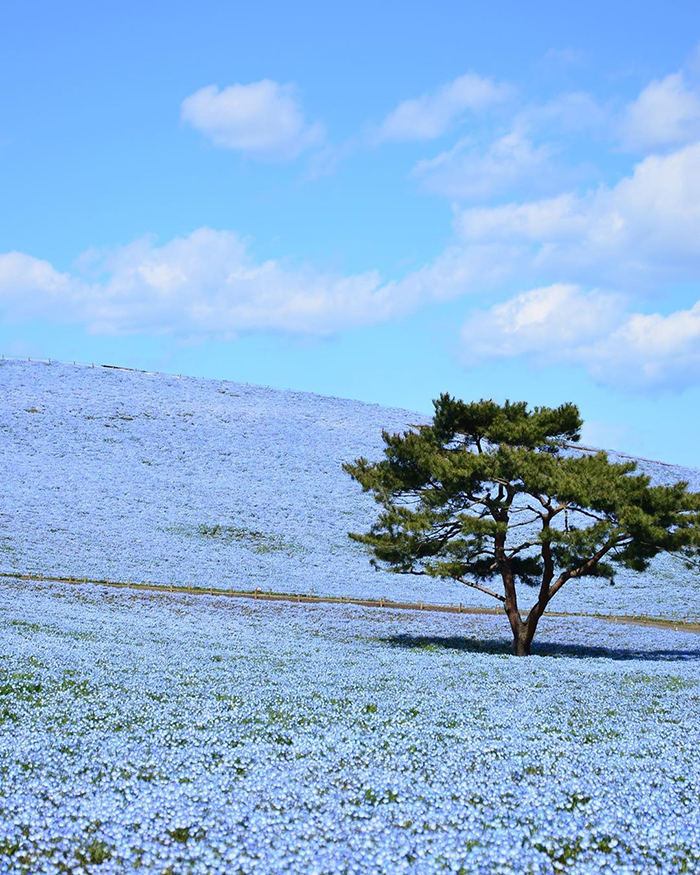 Come autumn, the blue sea of flowers turns into scarlet red, as the area is covered in Kochia plants that turn from green to red. In addition to this, the nemophila flowers are not the only ones to be admired in the Hitachi Seaside Park.

And the beautiful sights at Miharashi Hill don’t just appear in the spring. 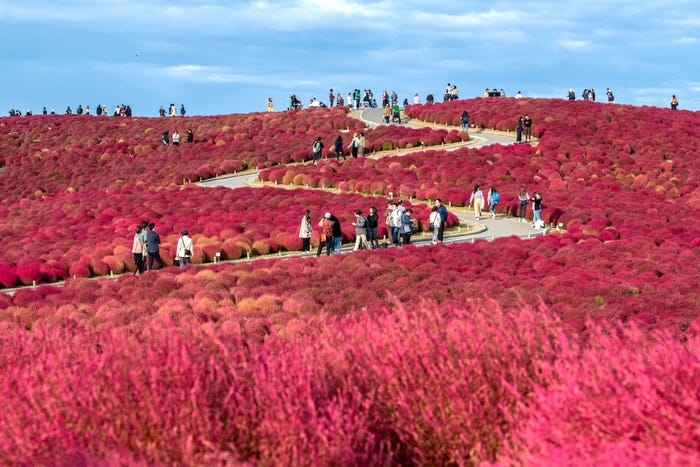 Visitors walk through a field of kochias at Hitachi Seaside Park in October 2018. Carl Court/Getty Images

When autumn arrives, the entire area is covered in kochia plants that turn from a lush green to a gorgeous scarlet.

With their fluffy texture and vibrant color, the field looks like something straight out of Dr. Seuss’s beloved book “The Lorax.”

There’s plenty to see at Hitachi Seaside Park, which has 190 hectares of land usually open to the public. 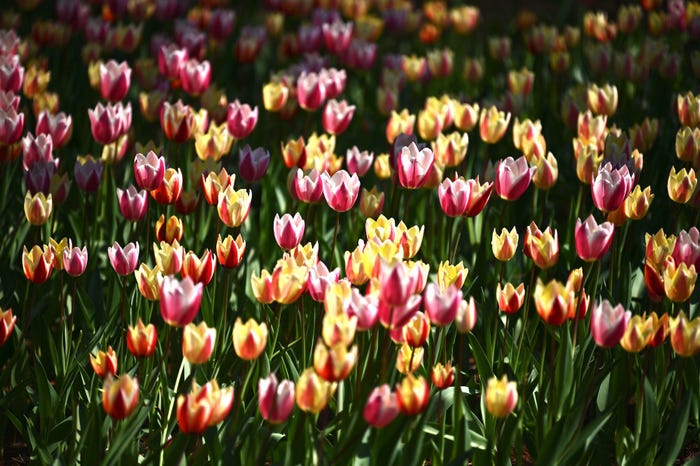 Over at the Narcissus Garden you’ll find one million daffodils blooming in the spring. There are 260,000 tulips at the Tamago Flower Garden, which was inspired by Holland and features a miniature windmill. And the Hitachi Rose Garden has plants that are kept short so that small children and wheelchair users can enjoy them.

The park even has a handy guide on its website homepage so that visitors can keep track of what flowers are currently in season.

Amid the millions of flowers you’ll even find an amusement park. 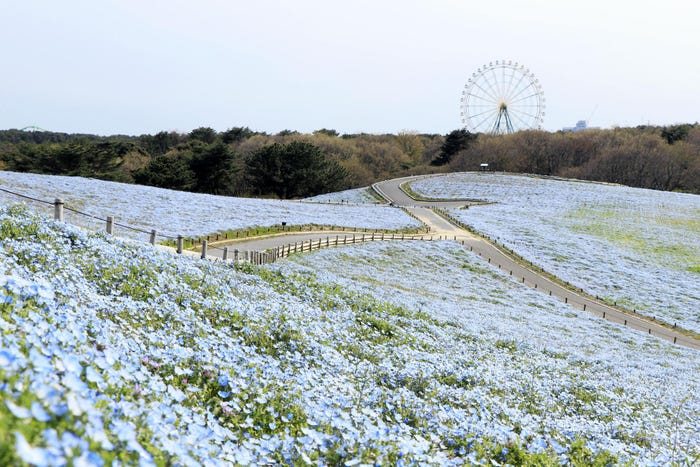 Making up an area of 469 acres, the park allows visitors to marvel at daffodils in the Narcissus Garden, tulips in the Tamago Flower Garden, and others. Check the park’s website to see which of the beautiful flowers are blooming there at the moment. Or better yet―take a virtual tour there!

According to the park’s website, approximately 5.3 million nemophila has blossomed in the Miharashi Hill area of the park this year. Nemophilia, a plant genus native to North America, is known for its white or blue bell-like blooms, according to Brittanica, a color that has earned it the nickname “baby blue eyes.” The particular species of nemophila the park breeds is called Insignis Blue. The seeds are planted each November and by mid-April to early May, peak season hits, according to the park’s  website.

The sky-blue blooms take up an area of around 8.6 acres 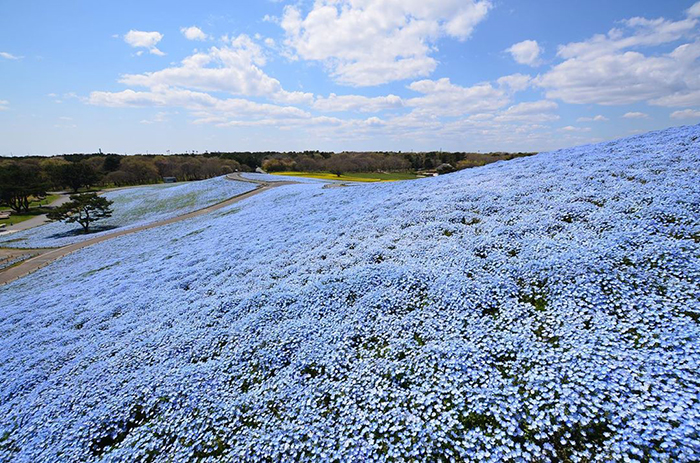 In mid-April, Nemophila flowers revealed their blooms at the Hitachi Seaside Park in Japan 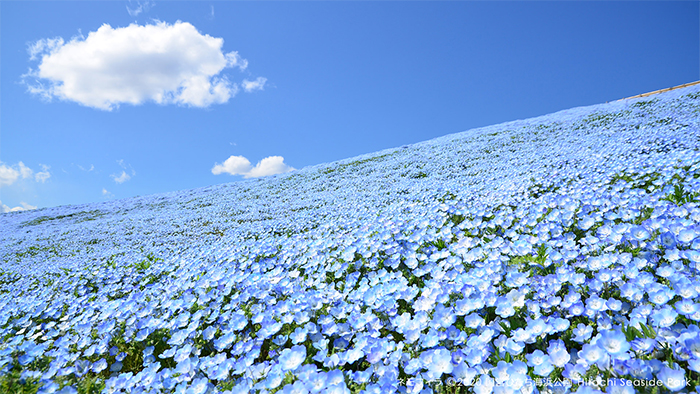 Usually, the park is packed with tourists taking photos in the fields 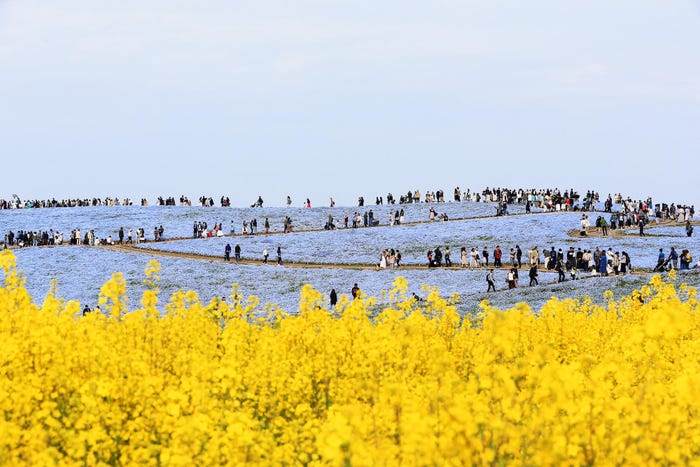 However, as the park has been closed since April 4, the empty fields have unveiled a serene landscape 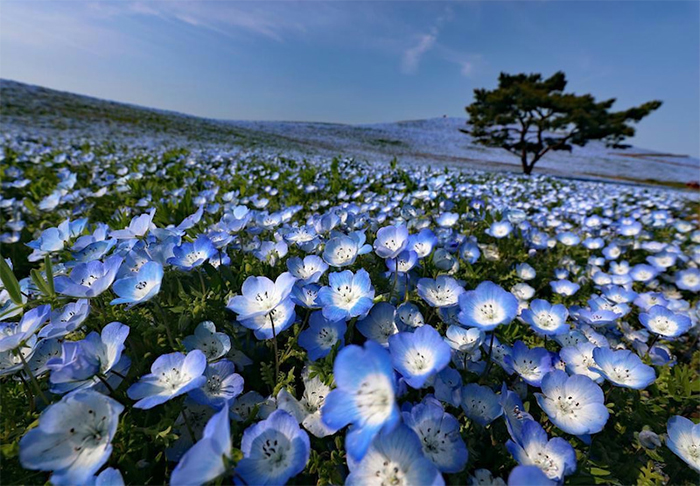 20 Hilarious “My Plans Vs. 2020” Memes Previous post
These Dogs Are Almost Unrecognizable After Seeing These Groomers Next post