Heavy rain has created waterfalls off Australia’s famous Uluru rock. This rock is located in Kata Tjuta National Park, and it usually gets about a foot of rain in a whole year, but this time some magic happened.

On March 21, Uluru was covered in rain showers in under 24 hours, resulting later in a spectacular waterfall. Uluru is known for serving some amazing sights after a rainy day when a lot of people from the nearby resort town of Yulara visit it to see the waterfalls. 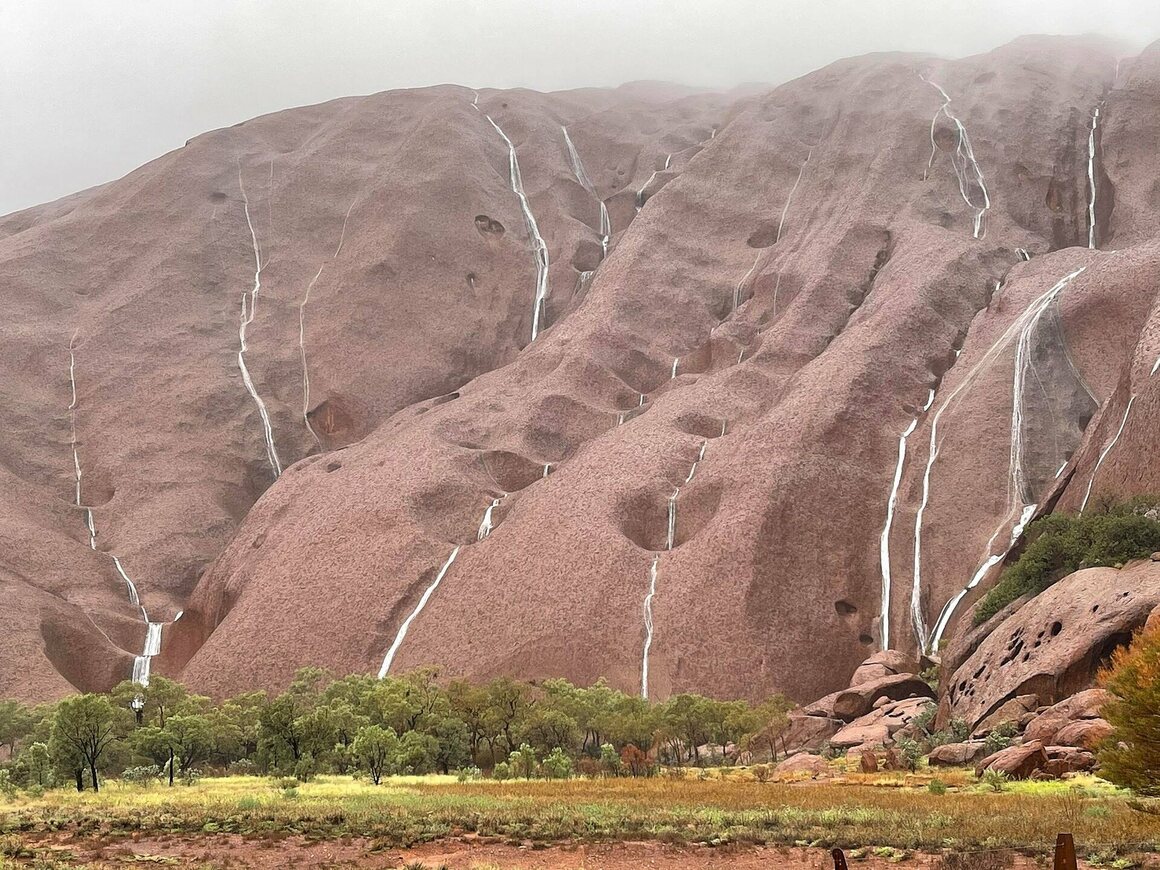 Knowing the hot and dry Australian weather, it is quite surprising for the tourists who come here and see this gigantic rock in the middle of a dessert sprinkling water from the top. This rock was opened to visitors for climbing as well, but it got closed on October 26, 2019.

For decades in a row before closing down,  the Anangu, who have lived at Uluru for over 10,000 years, requested that tourists refrain from the popular practice. The park has been jointly managed by the Anangu and the Australian government since 1985.

Check out in the video below the spectacular view of the waterfalls from the Uluru rock.