Oh, the joys of working in retail. An employer who doesn’t miss an opportunity to remind you that they cay can replace you in a heartbeat. Rude, entitled customers who believe they are better than everyone else. And many more problems people working in retail and other customer service jobs face daily: understaffing, unrealistic job expectations, low pay, and long hours. Often, the only positive aspect to look for in a job is the colleagues. However, not everyone is lucked out with them either.

Recently, a man turned to Reddit’s AITA community with a rather interesting post. On his day off, the man received a text from his boss asking to cover his colleague’s shift because it was her son’s 1st birthday. The OP already had plans for that day, so he texted the manager that he couldn’t come in. “He then went off on me about how I was horrible and heartless,” the OP wrote in the post.

Soon enough, his coworker, named Brenda, whom he had to cover, texted him how awful he was and that the OP “could never understand because [he’s] a ‘childless man child.'” She also said, “it’s people like [the OP] that ruin childhoods.”

However, people in the community thought the opposite and believed that OP did nothing wrong. Continue scrolling to read the full story the OP has shared in the community and what the members of it had to say. What’s your opinion on this situation? And if you are interested in reading more AITA stories, check the recent ones we’ve covered by clicking here, here, and here! 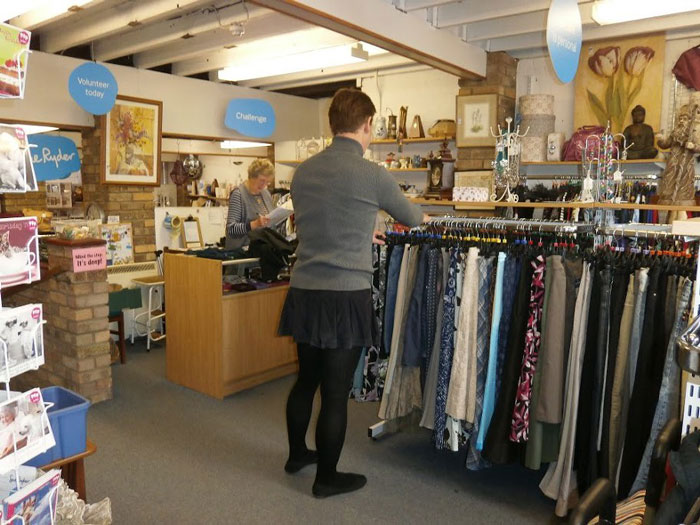 A retail worker turned to the AITA community, asking for some perspective on a situation he ended up in 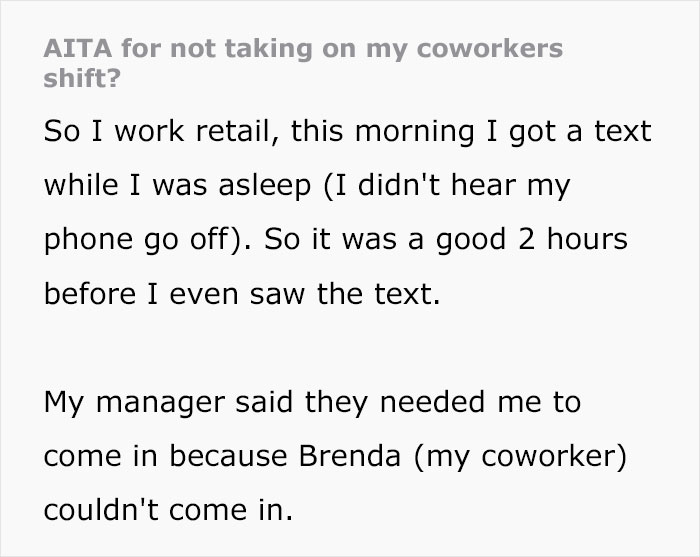 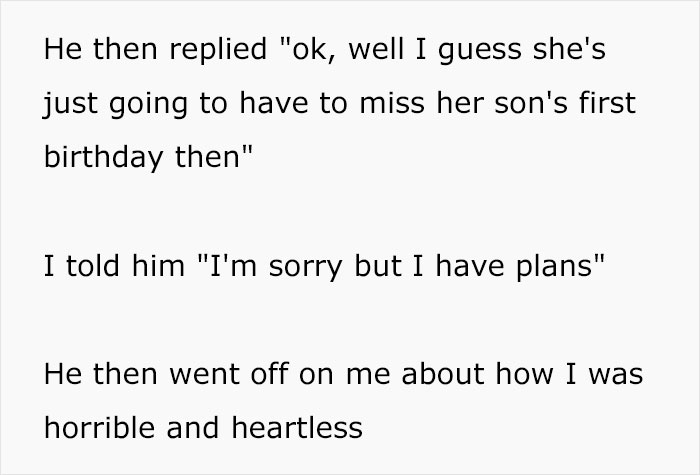 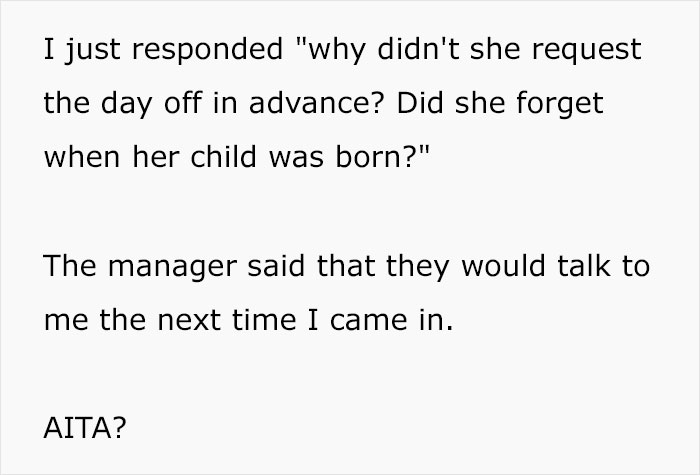 The OP also made a post update, saying that the coworker herself contacted him, but he ended up blocking her 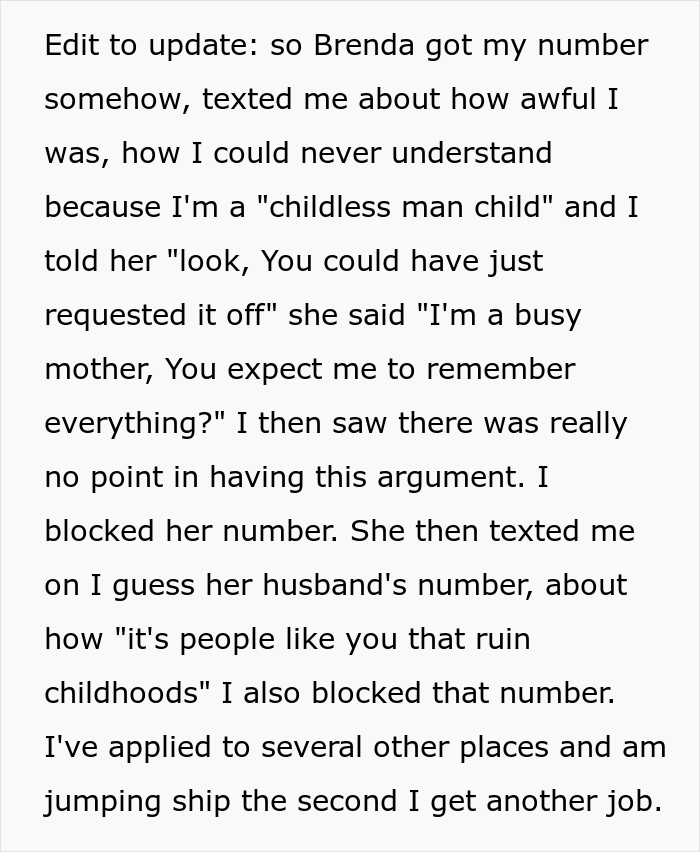 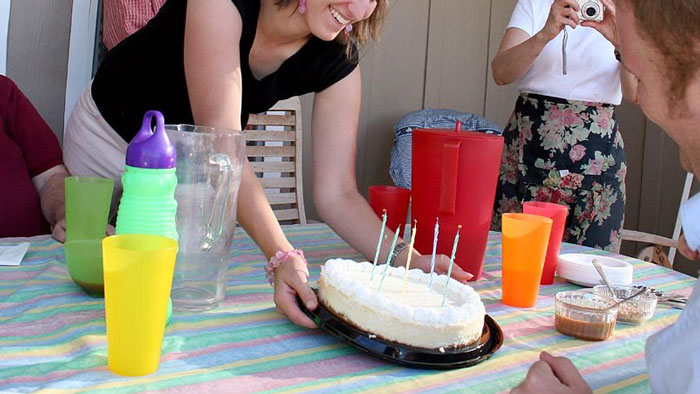 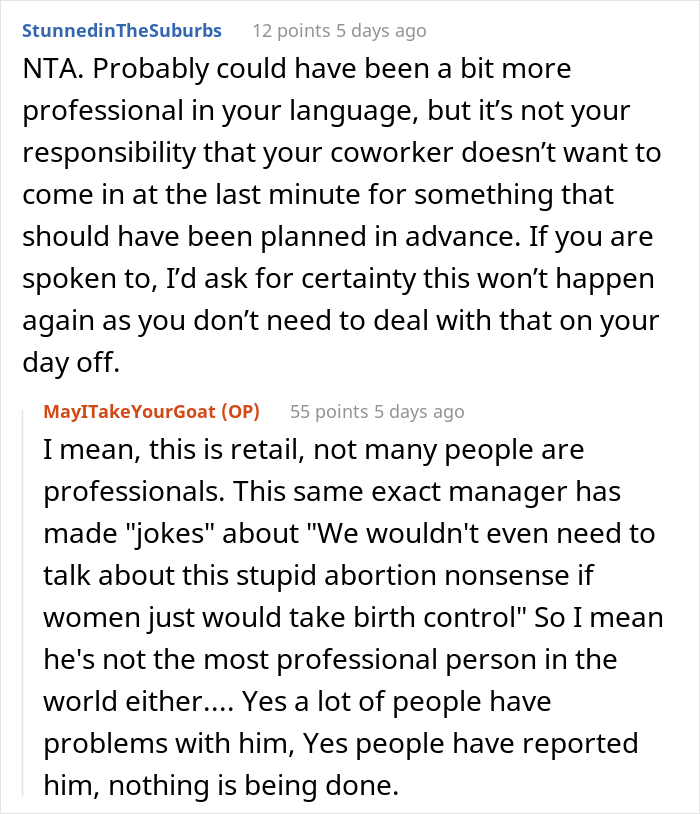 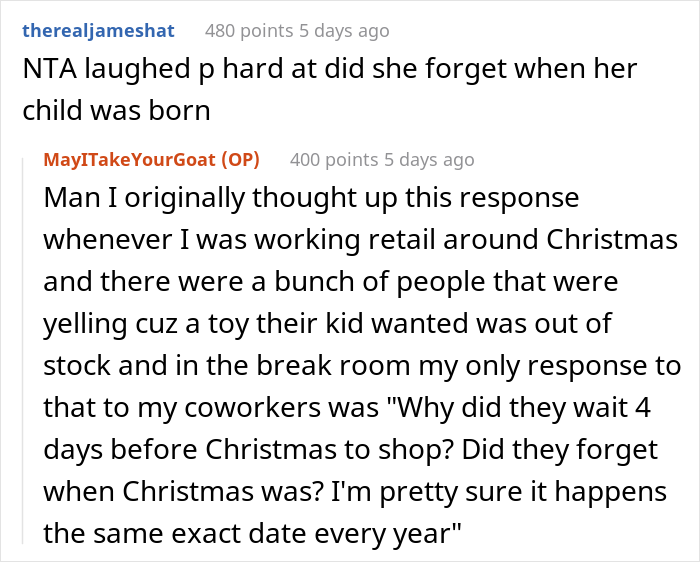 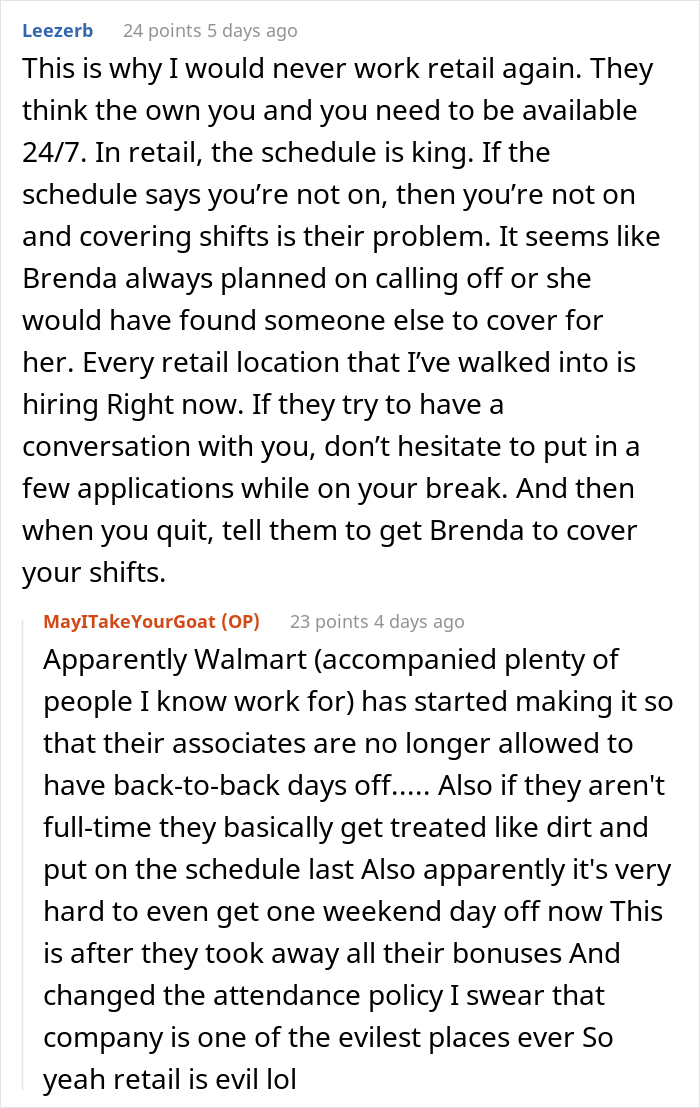 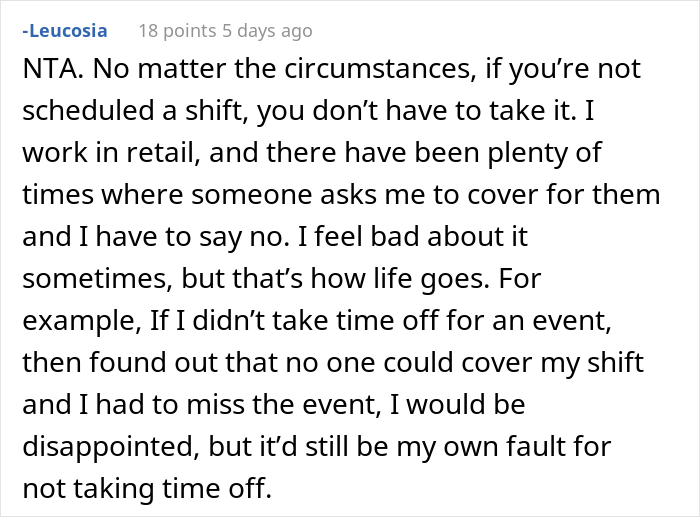 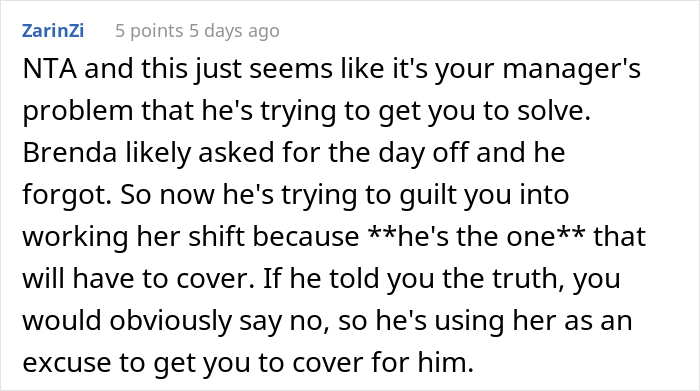 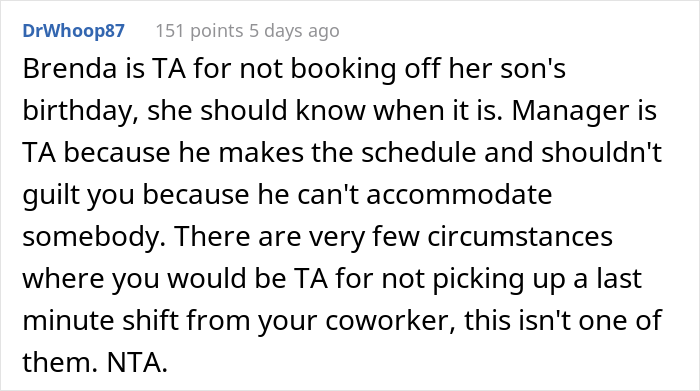