Parent Asks Daughter To Pay Rent After She Spends $300 On Her Hair, Wonders If They Were Wrong When Wife Disagrees

It has always been a highly-discussable topic whether to charge grown-up children rent if they still live under their parents’ roof. In most cases, it’s not about parents being frugal or wanting to profit from their children. Instead, it’s about teaching kids the essential life lessons that will greatly benefit them when living away from their parents.

A parent of three turned to Reddit’s AITA community to see whether their methods of upbringing were reasonable. The parent gave Redditors a glimpse into his household. Recently, he and his wife had a disagreement with their eldest daughter Kate. Kate graduated from high school last year but wanted to take a break after school.

Kate’s spending habits worried her parents, explicitly spending money on things she didn’t need. The parent mentioned that their eldest has struggled with anxiety for the past few years and is currently on medication. “She also, like many 19-year-olds, struggles with impulse control. This usually manifests in her spending habits. She will spend money as soon as she gets it,” the parent wrote in a post on r/AITA.

On one occasion, Kate’s parents found out that she had spent $300 on hair coloring, which she claimed: “it makes her feel good and it’s important for her mental health.” After which, the parent said that “I am not going to continue to let her live here for free if she’s going to spend money so recklessly.” The dad turned to the AITA community to see if he was “AITA For telling my 19-year-old daughter that she has to pay rent”?

Scroll down to read the full story and see what the Redditors had to say. And if you are interested in more AITA stories, check the recent ones here, here, and here! 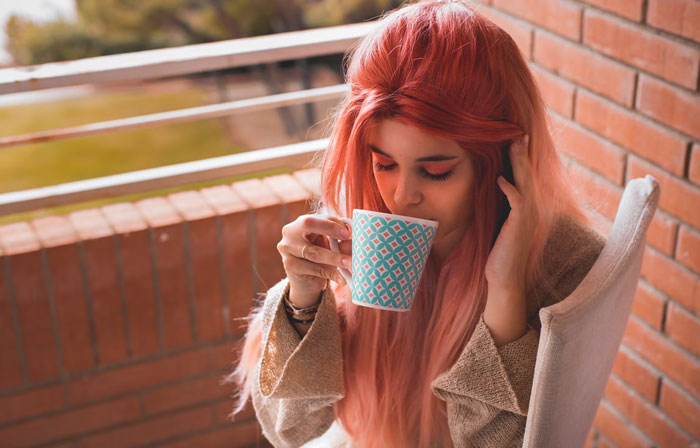 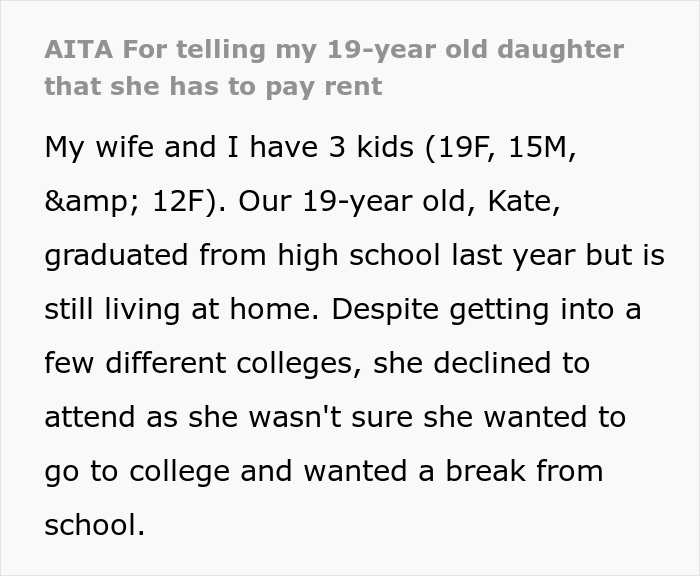 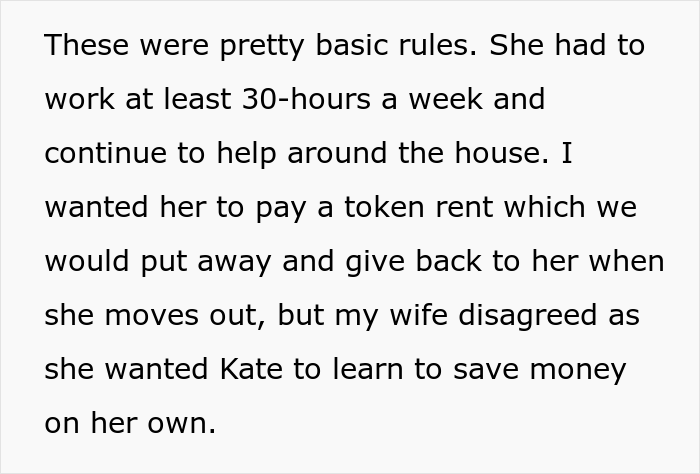 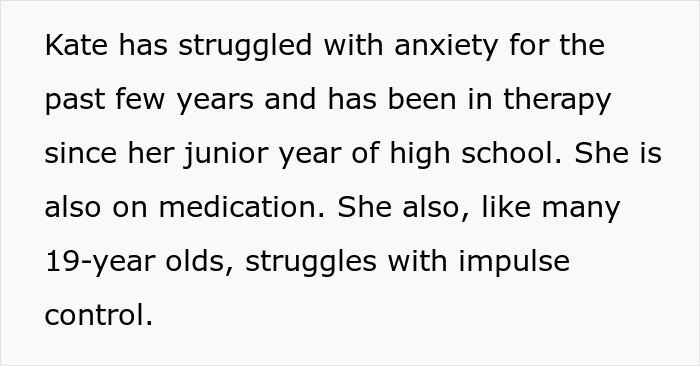 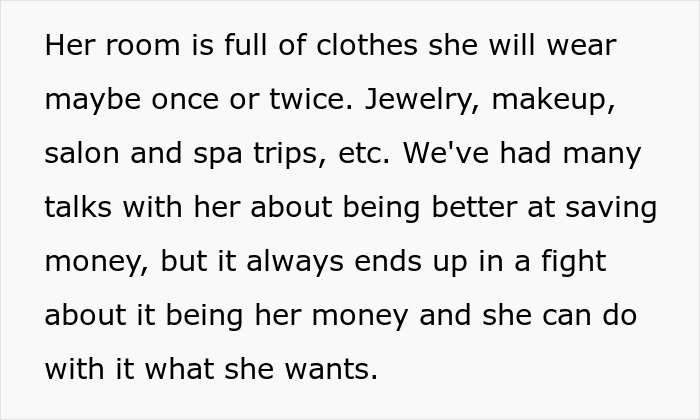 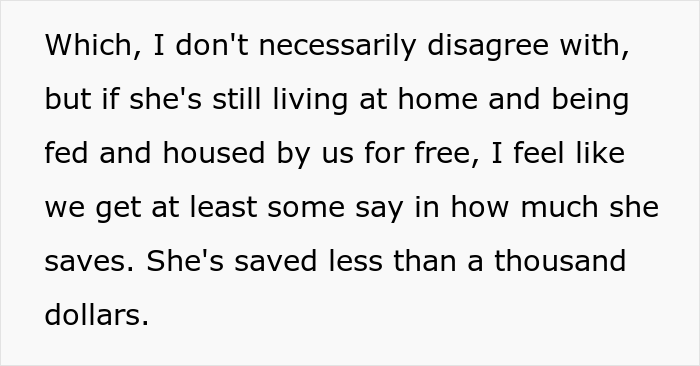 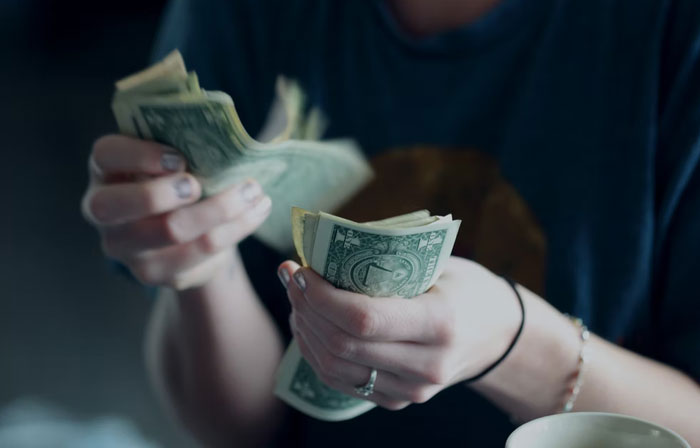 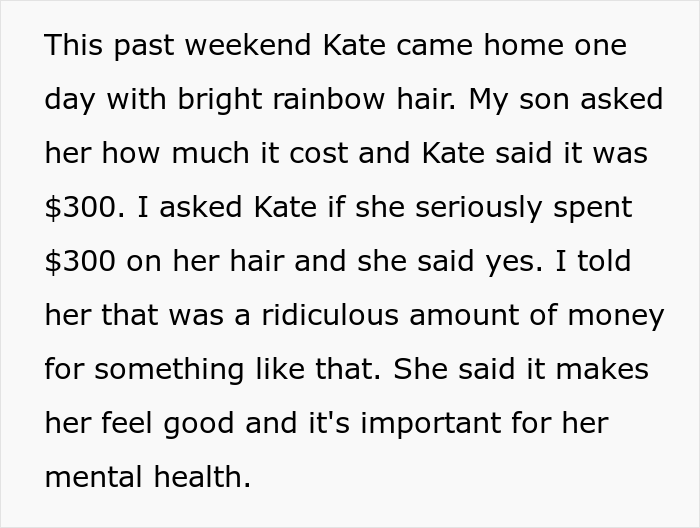 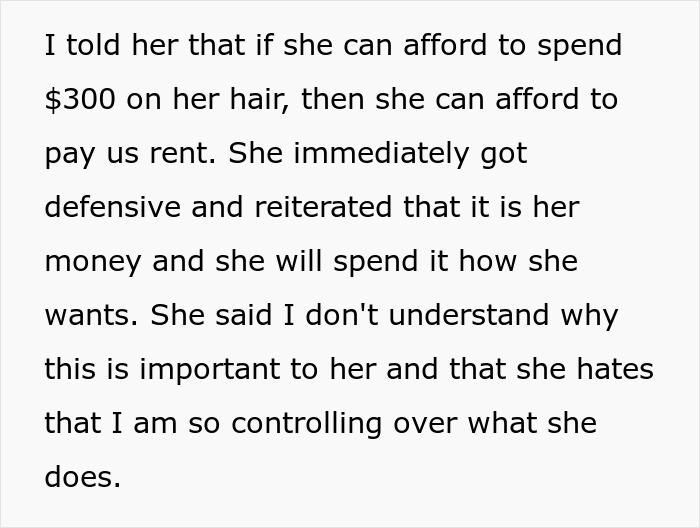 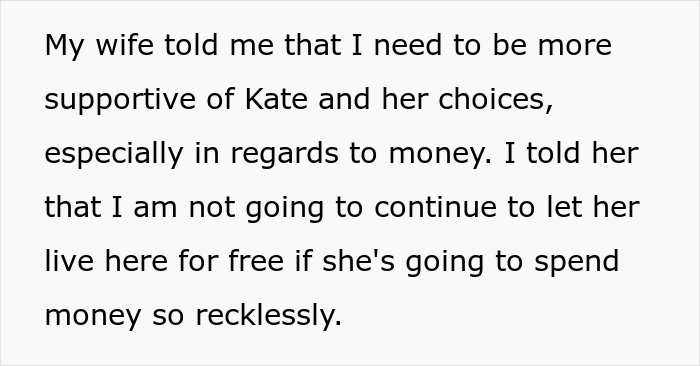 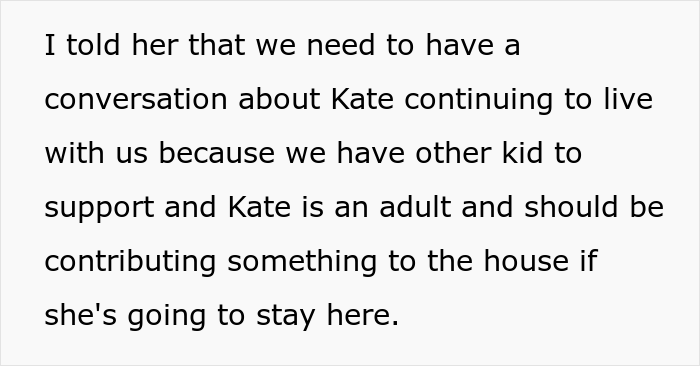 NTA: Redditors mostly sided with the parent and agreed that the daughter should learn to be responsible with money 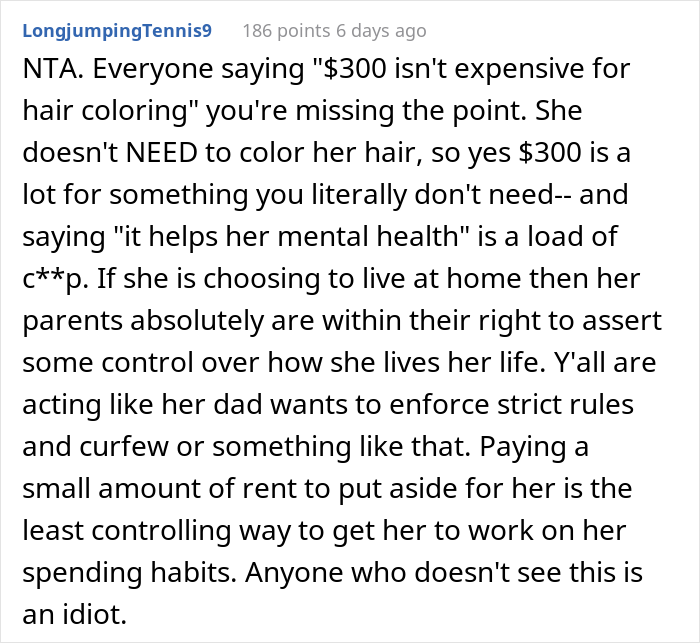 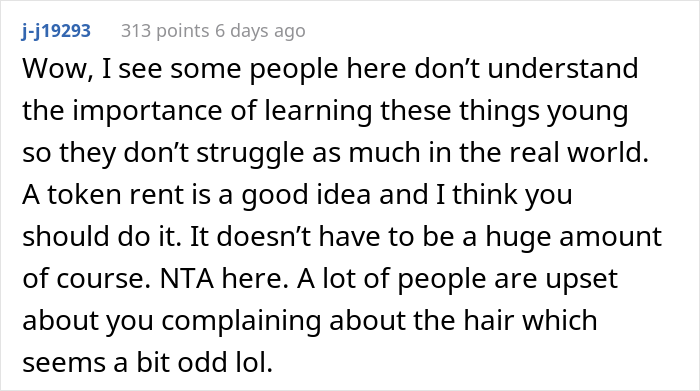 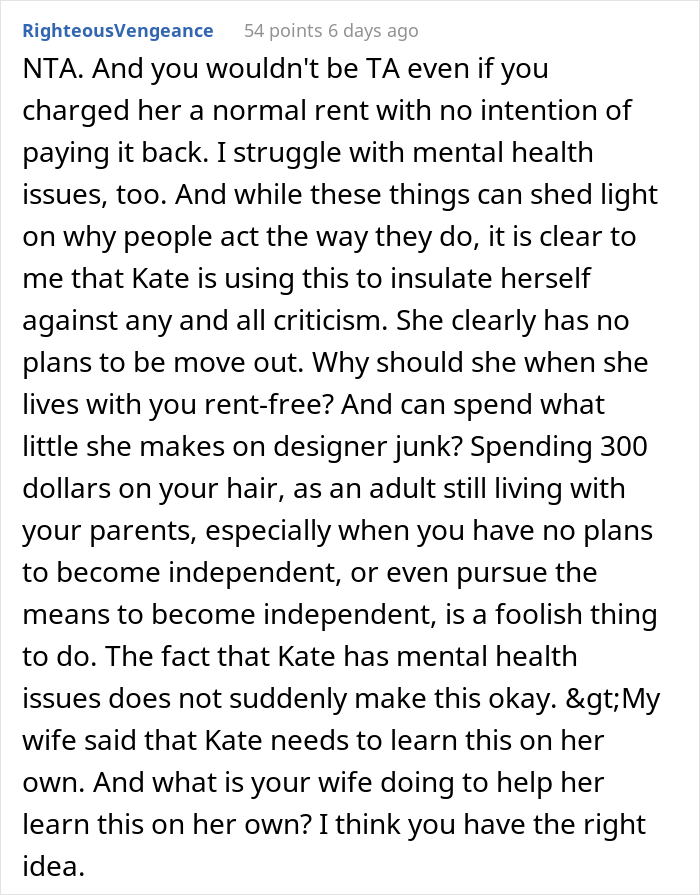 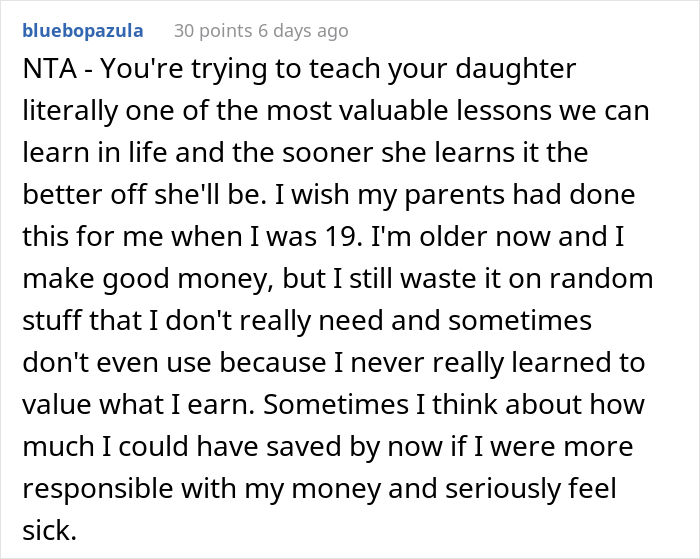 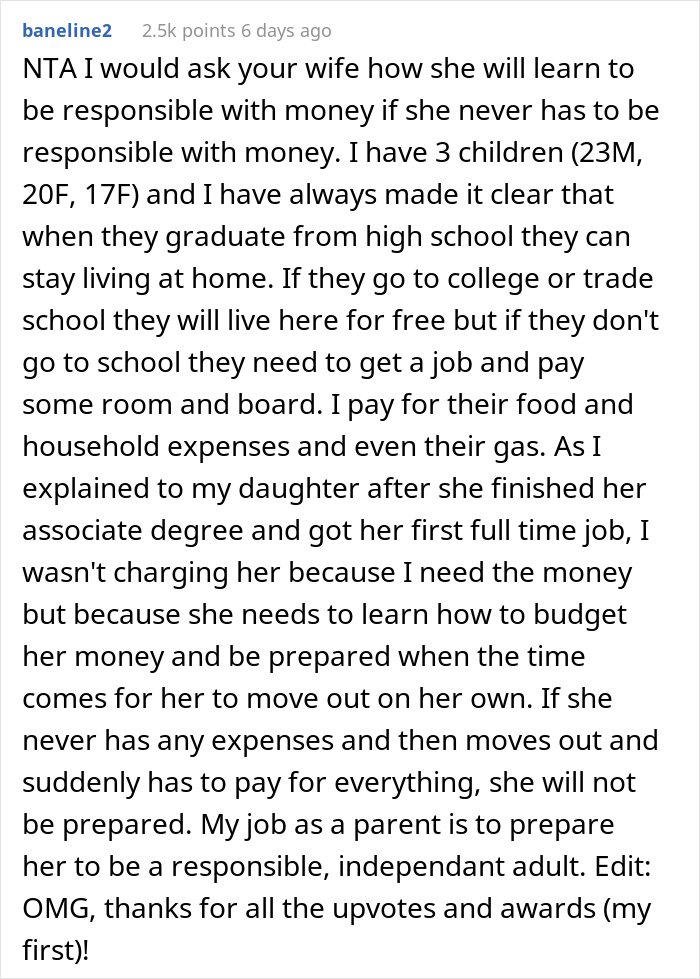 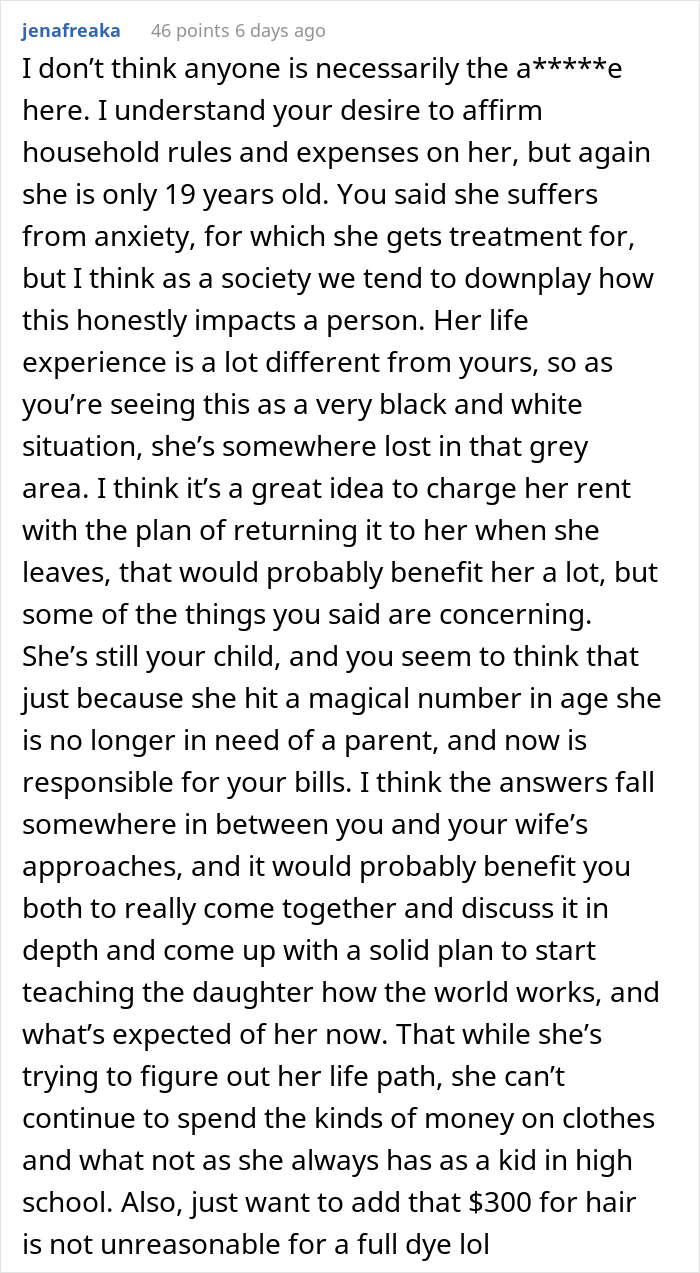