Perhaps the first year in marriage really is the hardest. According to studies, most marriages that fail (roughly 10%) do so within the first two years. Another study has shown that approximately 50% of first marriages fail. Why is that so? Do people rush to tie the knot with someone they, perhaps, don’t know that well? It’s always easy to judge. However, the first signs, the so-called red flags, appear way ahead of the wedding day. Perhaps one hasn’t noticed or ignored the alarming warnings because they were blinded by love? That might be the case.

Recently, Reddit user Attic-Lights5475 submitted a rather unusual story to the popular AITA subreddit. The story goes that not long ago, the woman (the OP of the story) and her husband threw a barbeque at their lavish house and invited both sides of the family. However, later the woman discovered that her husband charged her family $25 a person because they “got to ‘enjoy’ the space and view.” He didn’t charge his side of the family because it was his family who gave him the house.

The woman thought this was ridiculous and felt shocked and embarrassed about her husband doing this behind her back. She returned the money to her family members and apologized to them. The couple stopped talking because the husband claimed she “disrespected him and went behind his back” by returning the money.

Confused, the woman turned to the community with a question: “AITA for returning the money my husband took from my family for attending our cookout?” Redditors quickly decided who was at fault in this situation, so scroll below to see their thoughts. What do you think about it? And if you are interested in reading more AITA stories, check the recent ones we’ve covered by clicking here, here, and here! 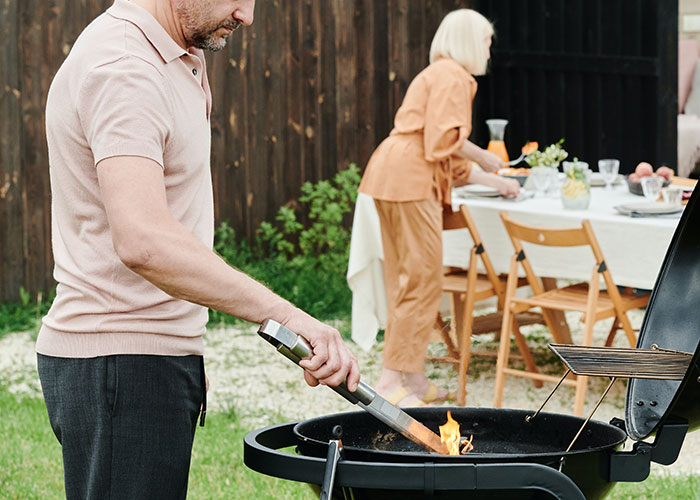 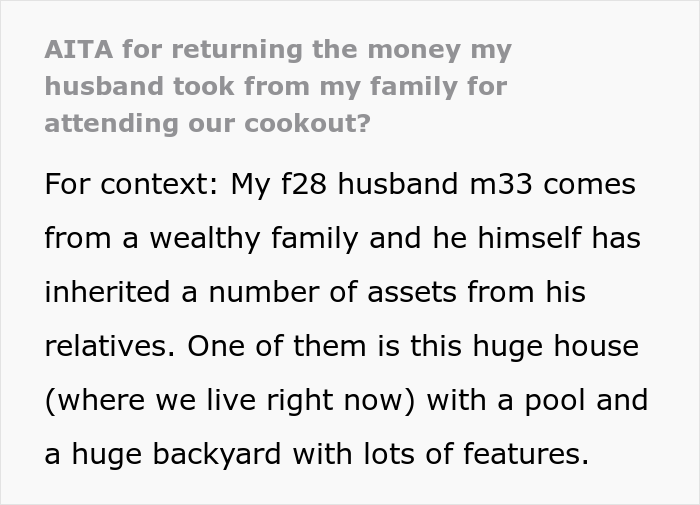 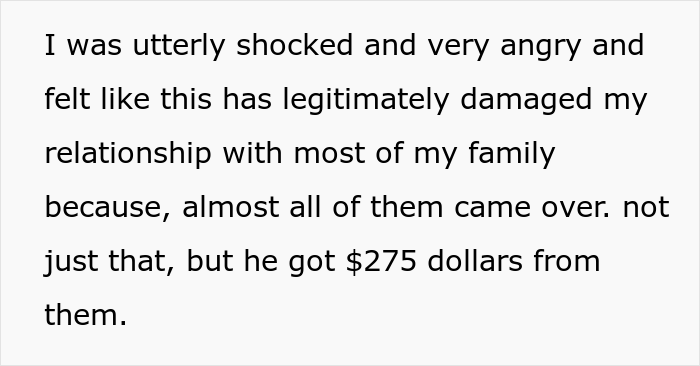 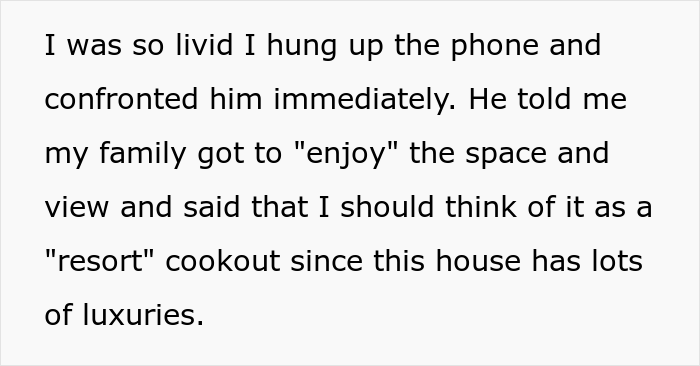 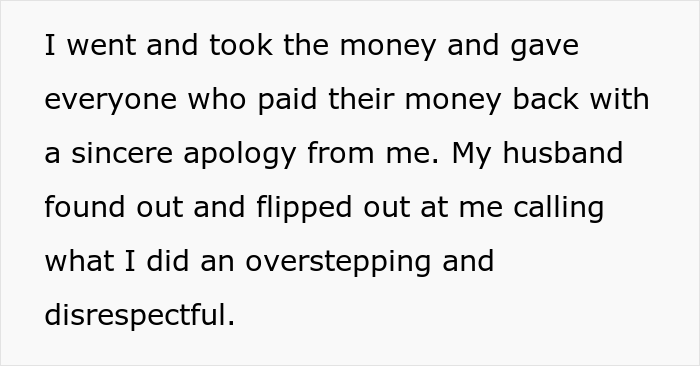 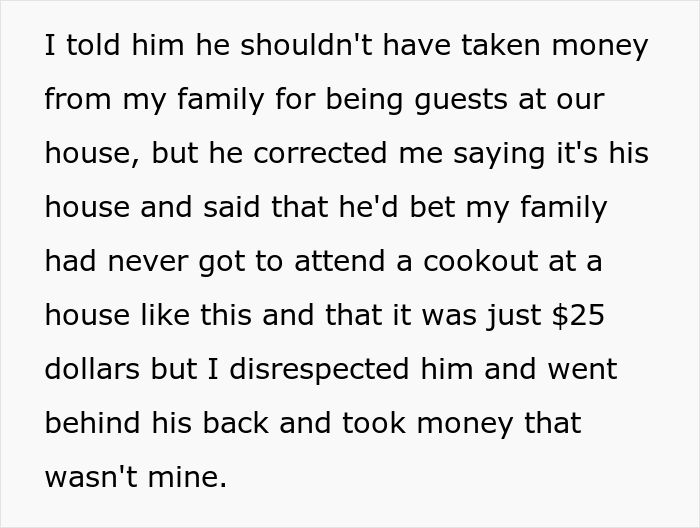 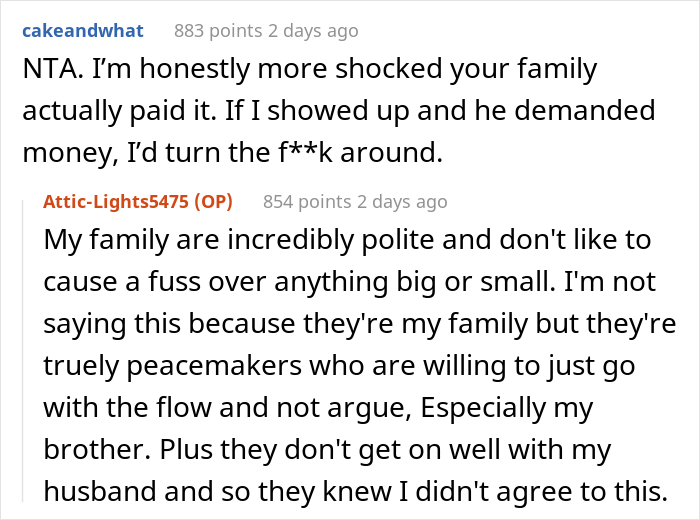 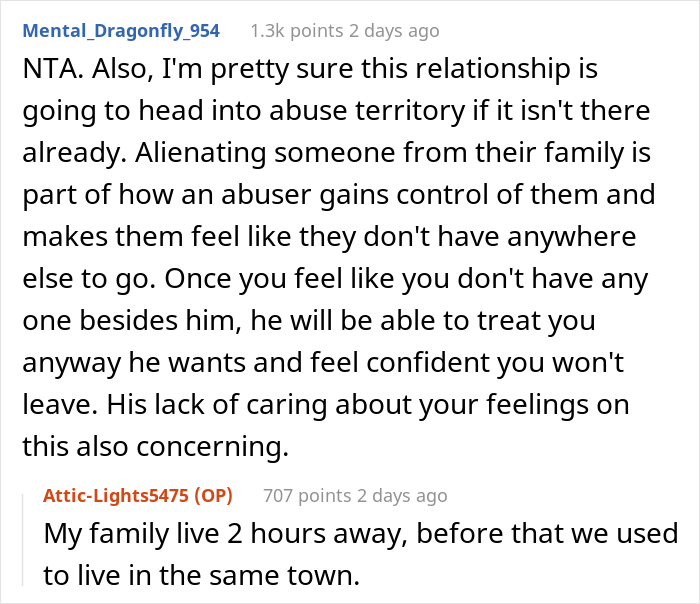 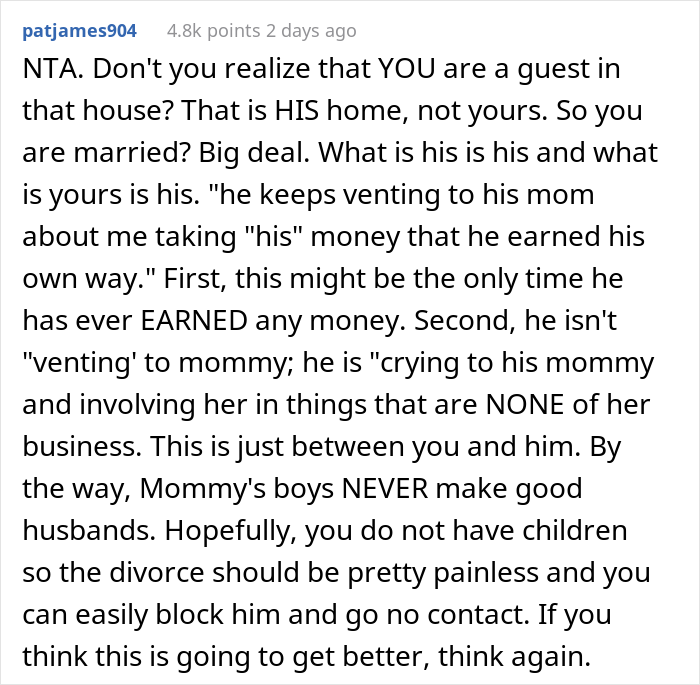 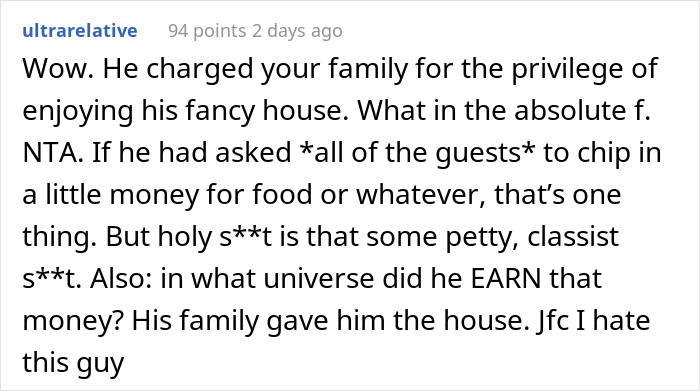