It’s mid-July 2020, and you’d think everyone should have mastered the simple techniques and behaviors that can increase one’s safety and reduce the risk of being infected with the novel coronavirus by now. Social distancing, frequent hand washing, and face masks are the three things you can do to limit the spread. Once you’ve retrained yourself to adhering to these principles at all times, you’ve reduced your chances of being infected. The added benefit is that you’re less likely to infect others. And on top of lowering COVID-19 spread, you’d actually reduce the spread of other infectious diseases that aren’t as dangerous.

A Facebook post from a salon in Brazil advertising these so-called “breathable” masks has recently gone viral, bringing attention to this unfathomably selfish counter-culture of people who are doing everything possible to avoid masking-up properly.

In the original post from Zilda’s Beauty Center, the salon owner is photographed wearing a white mesh mask.

“Folks! A new batch of masks arrived, beautiful and super comfortable. It allows for much easier breathing, in addition to the delicacy and femininity that his tulle mask brings to the female face. You can now order, girls!!” 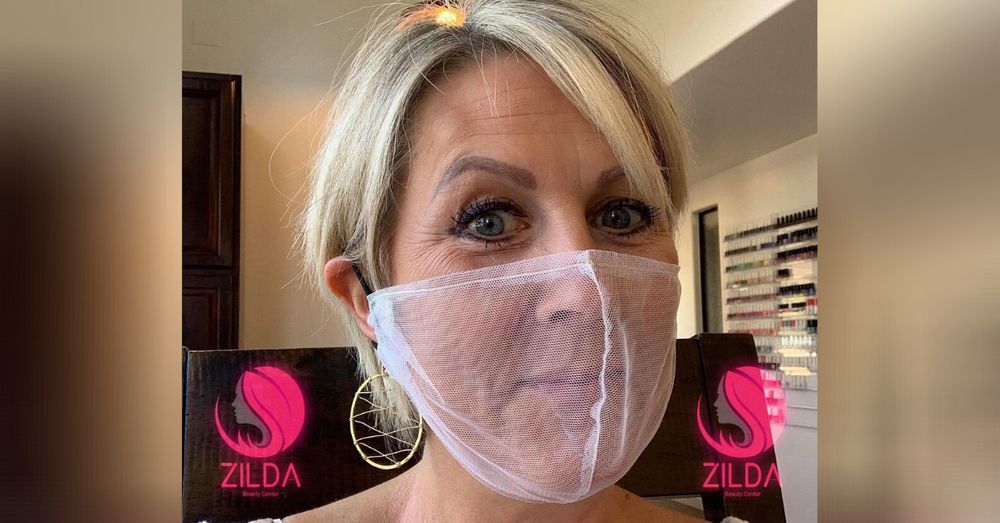 Whatever the intent, the photo and its caption have certainly caught the internet’s attention. Users have flooded the comment section on both Facebook and Instagram to condemn the salon for promoting such a pointless, not to mention unsafe, product.

“How do you not realize how useless and stupid this is,” one person wrote, while another added, “Beautiful! Matches the coffin veil.”

“I hate that making maliciously compliant ineffective mesh face masks IS A THING,” they wrote alongside a photo of the products.

I hate that making maliciously compliant ineffective mesh face masks IS A THING (NOT JUST ONE PERSON) for these fuckheads who want to actively deceive people to endanger everyone around them. Just go in the volcano already. I HATE THESE PEOPLE! pic.twitter.com/475y1QmP2c

What’s especially troubling to see is that one of those very sellers actually branded their product an “Anti Mask Mesh Face Mask.” 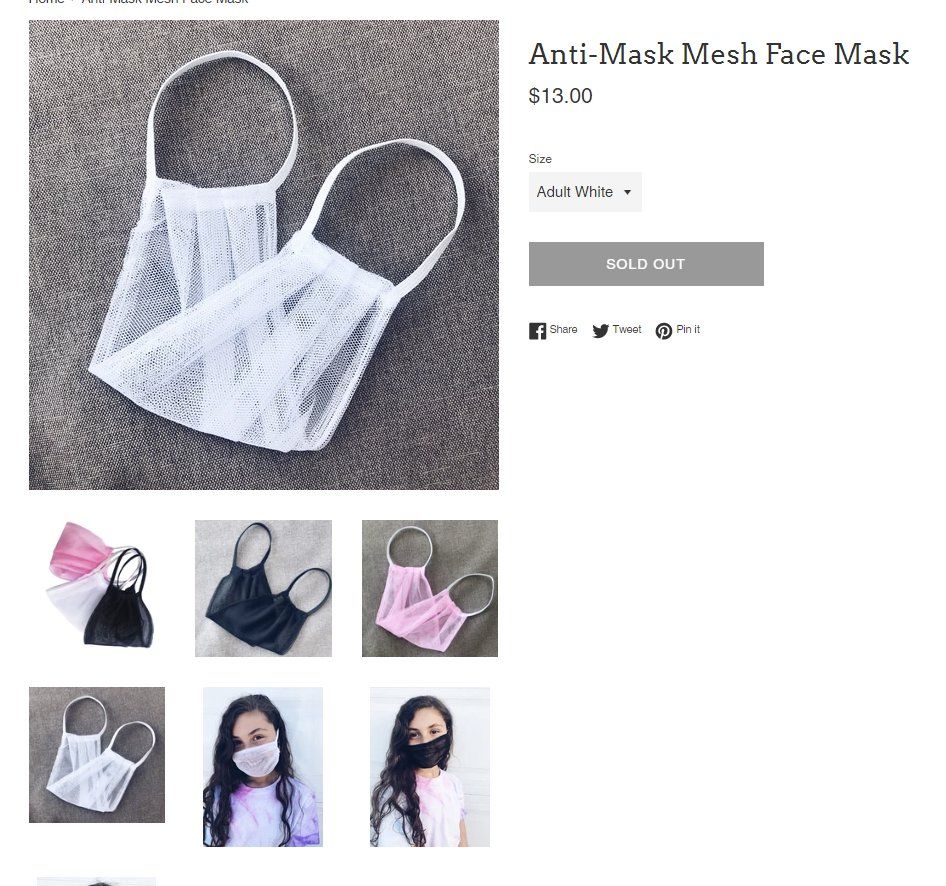 “If you are going so far as to make and buy FAKE MASKS like you really can’t just wear a real one at that point?” User Shattered-Earth implored in a follow-up tweet. “You have to trick people and endanger people who justifiably do not want to be around your stupid ass?”

The original post now appears to have been removed by the site or taken down by the seller, but there are still plenty of other mesh face masks available for purchase online.

While there are Counties requiring masks in public;
NO law requires a specific type or particulate rating of mask.

The general public are making their own masks including open mesh. No fines have been issued while wearing them in public.

This is about compliance, not safety. pic.twitter.com/dZnmHwcTeF

As cases of COVID-19 continue to spike across the world, many states, including Colorado, Arkansas, and Alabama, have implemented new face mask requirements. But despite these requirements, refusal to wear a mask has become a political sticking point for some.

The advice is straightforward and evidence-based: Wear a mask in public if you can’t social distance in order to protect both yourself and fellow citizens from the novel coronavirus.

“Which mask worked, the hairdresser’s or the client’s? I think the answer is yes. They both worked,” Robin Trotman, an infectious-disease specialist in Springfield, told The Washington Post. “The system worked. Universal masking worked.”

But anti-maskers aren’t buying it. Many say that mandates to wear face coverings infringe on their rights, others say they have medical conditions that make mask-wearing dangerous (which experts dispute), and some spread false notions like that the strips of fabric severely limit oxygen intake.

While some anti-maskers flat-out refuse to wear a mask, others are more sly: Wearing bogus varieties that offer no protection to them or society so they can go about their lives without getting called out — or conceding their beliefs.

One man, for example, filmed his trip to Walmart wearing what appears to be a wire mesh mask made to protect the face during paintball. He said it was like wearing no mask, and reported that “no one cared” even though everyone could see his face.

Others have bragged about their fake masks on Twitter.

I’m a smart-ass so I wear it, just not correctly. I keep it over my mouth, not my nose! pic.twitter.com/upYZk3LUvA

A recent study from UK researchers showed that requiring people to wear face masks all the time could be enough to contain an outbreak — no lockdown necessary. The more people wore masks, the researchers found, the closer a community could get to containing its outbreak.

“These results are striking in that the benefits accrue to the face mask wearer as well as to the population as a whole,” the researchers wrote. “There is, therefore, a clear incentive for people to adopt face mask-wearing.”

But in recent months, groups of “anti-maskers” have protested against policies that require face coverings. Some say that it impinges on their freedom, while others question the science behind it.

While there are Counties requiring masks in public;
NO law requires a specific type or particulate rating of mask.

The general public are making their own masks including open mesh. No fines have been issued while wearing them in public.

This is about compliance, not safety. pic.twitter.com/dZnmHwcTeF

Face masks, worn correctly, can protect wearers and the community

Medical masks or cloth face coverings, ideally with three layers, could be a ticket to controlling the coronavirus outbreak — if everyone wore them.

Case reports have illustrated their effectiveness too, with two infected (and masked) hairstylists able to do their jobs on 140 masked customers without spreading the illness.

And, a range of new research shows masks protect the wearer, too, by reducing the risk of infection by 65 percent, Dean Blumberg, chief of pediatric infectious diseases at UC Davis Children’s Hospital, said in a UC Davis livestream.