‘The silence 24 hours a day is torture’: Widowed 75 Y.O Man Up Poster In Window Asking For Friends

Tony Williams, who is a 75-year old retired physicist, says he often goes for days without speaking to anyone after his wife, Jo, passed away.

He said he feels ‘cursed’ by loneliness after his wife of 35 years, Jo, died days after being diagnosed with cancer during the lockdown. The couple were unable to have children and he has no family that live nearby.

Since the death of his ‘soul mate’, the retired physicist said he often goes for days without speaking to anyone and instead stays at home hoping the phone will ring ‘but it never does’.

Tony Williams isn’t asking for much. But it is heartbreaking!

Tony Williams, 75, often goes for days without speaking to anyone after his wife Jo, also 75, passed away in May 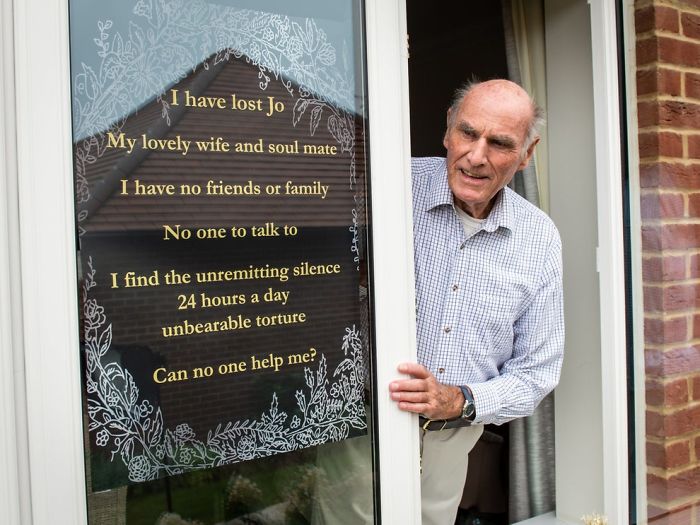 Williams recently put two adverts in his local newspaper to say he was looking for someone to speak to but received no replies.

Now, he has taken things to the next step by putting a sign outside his window.

The sign reads: “I have lost Jo. My lovely wife and social mate. I have no friends or family. No one to talk to. I find the unremitting silence 24 hours a day unbearable torture. Can no one help me?” 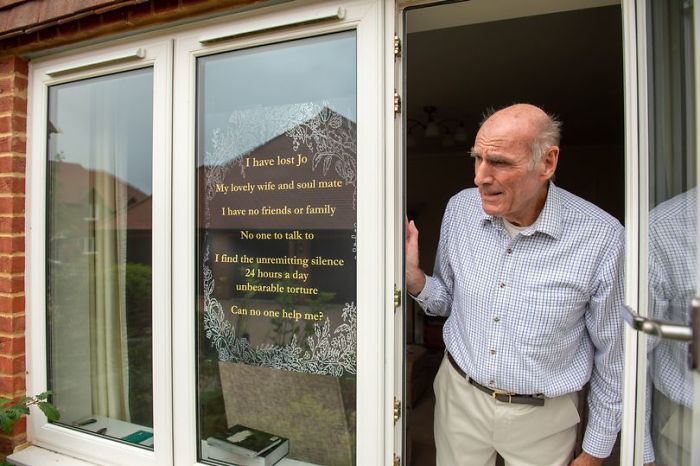 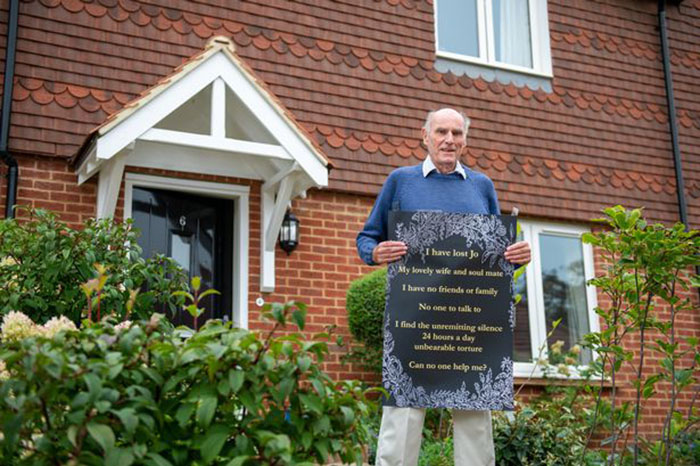 So in a bid to find a friend to listen to music with, or sit in the garden alongside, he had business cards made, to hand out when he went to the supermarket or out for a walk.

He handed out dozens without receiving a call back, so has now put a poster up in his window asking for pals.

He said: ‘It’s my last resort. I’ve tried everything to make friends, but it feels like nobody wants to talk to me.

‘Not very many people pass my house, but I was hoping it would spread around the community, and someone might reach out.

‘Jo was my best friend and we had a lovely life. But now I’m all by myself. My wonderful wife has just died, and I have nobody.

‘All I want is for somebody to see the sign and phone me up. I just want a nice conversation so I’m not sat in silence all day long.

The retired physicist, who lives in Alton, East Hampshire, has no children and said he often sits at home willing the phone to ring ‘but it never does’ – and he said he feels ‘cursed’ by loneliness 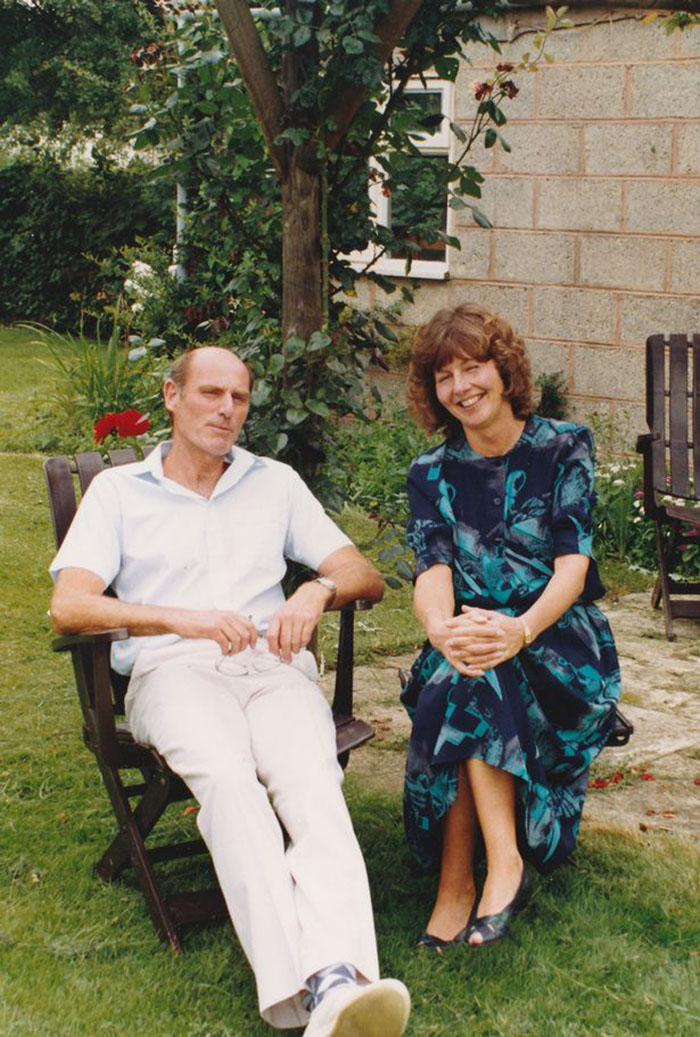 Without any family nearby, Mr. Williams put two adverts in his local newspaper looking for a friend to chat to but didn’t get any replies 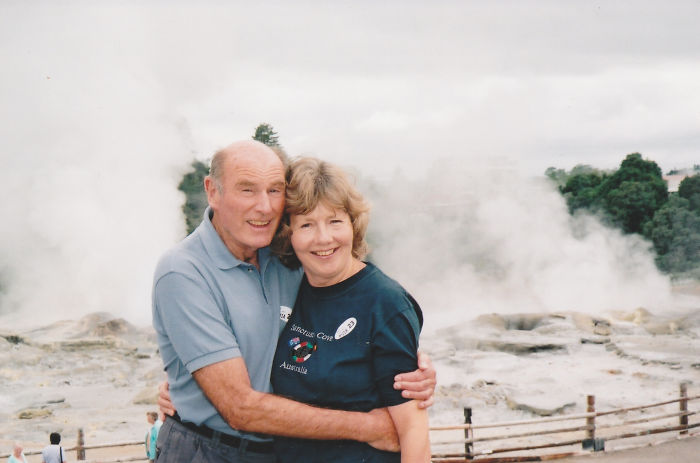 ‘I’m not looking for someone to listen to me cry – I just want a normal person who I can chat to! I can talk to anybody about anything.

‘I spend most days just sat in the house in silence, just waiting for the phone to ring * but it never does.’

Mr. Williams met Jo, a legal secretary, in a bar more than 35 years ago, and their marriage was ‘perfect harmony’.

The couple were unable to have any children, and lived in Kempley, in the Forest of Dean, Gloucestershire, for 25 years.

‘We first met one night in a bar, and we got on so well,’ Mr. Williams added.

‘It was just incredible. It was like I’d known her all my life. She was just so lovely.

He had friendship business cards made, to hand out when he went to the supermarket or out for a walk but never received a call back. 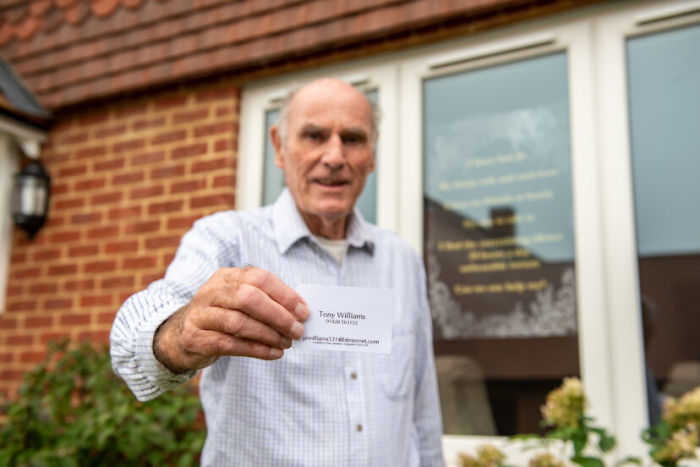 ‘Our relationship was always so natural. We had no secrets and we could be totally open with each other – we really were soul mates.

‘Back in Kempley, we both used to get in every evening from work and cook together – with me doing one job and her another – then we’d put it together at the end.

‘Sometimes we’d spend hours cooking, laughing and listening to music together – it was the highlight of our day.

‘We also had a huge, beautiful garden with an orchard. In the summer months, I’d do the gardening, and Jo would come and sit outside with me. Everything was just perfect.’

They moved to near Alton, East Hampshire, last year so Jo could be closer to her sister, Beryl, 73.

Mr. Williams met Jo, a legal secretary, in a bar more than 35 years ago, and their marriage was ‘perfect harmony’ 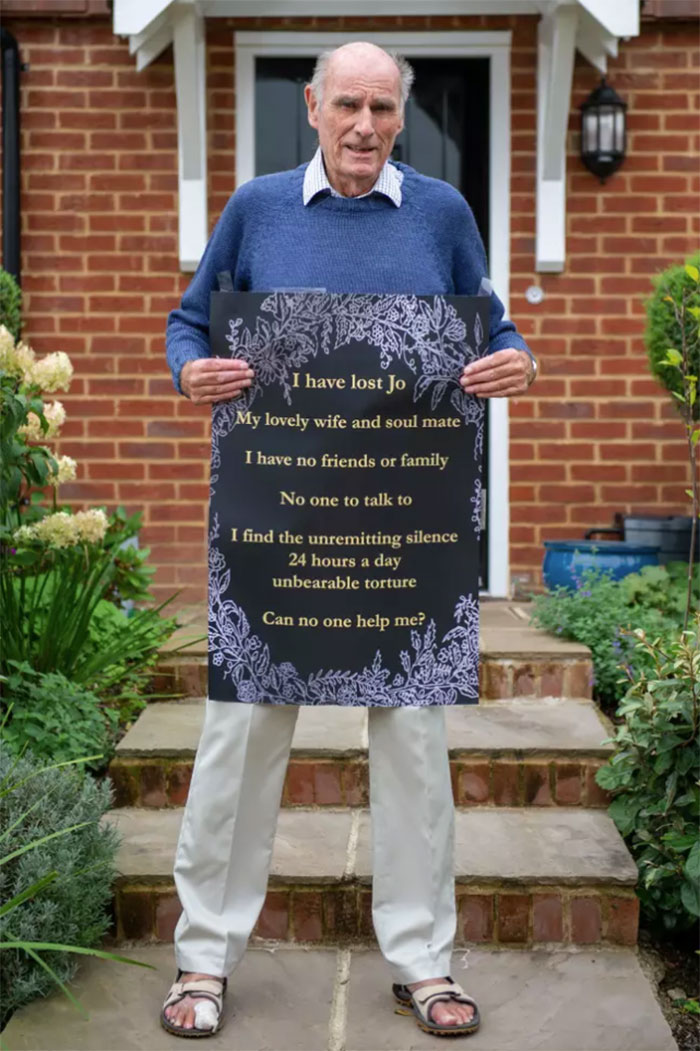 Mr. Williams’s neighbors said they have offered to help him – but the OAP said he’s after a friend his own age to pass the time 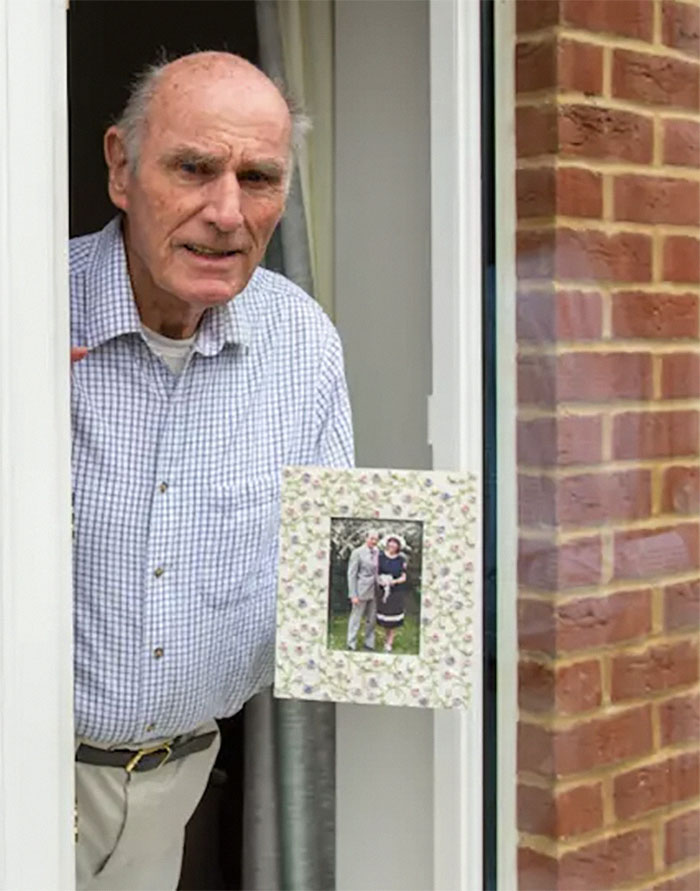 But Jo fell ill, with what turned out to be pancreatic cancer, shortly after they moved, and died suddenly, just nine days after the diagnosis.

Jo passed away at home, with Mr. Williams by her side, in May, and he said he has lived in near silence ever since.

He said: ‘Now I’m here, completely alone, in the house where my lovely wife spent her dying days.

‘Every time I walk in the room, the first thing I do is look at her photograph.’

Mr. Williams’s neighbors said they have offered to help him – but the OAP said he’s after a friend his own age to pass the time.

His quest for companionship began by placing two adverts, costing £120 in total, in the local newspaper, seeking a friend – but he had no success.

He began handing around printed cards with his details on whenever he visited the supermarket or went for a walk – but gave out 23 without receiving a single call back.

The sign he put up in his window last week, said: ‘I have lost Jo, my lovely wife and soul mate. I have no friends and nobody to talk to.

‘I find the unremitting silence 24-hours-a-day unbearable torture. Can nobody help me?’

Tony said he isn’t close to his late wife’s family, and his own three siblings live far away.

He added: ‘I just want a friend, and I hope my sign will find someone for me.’ 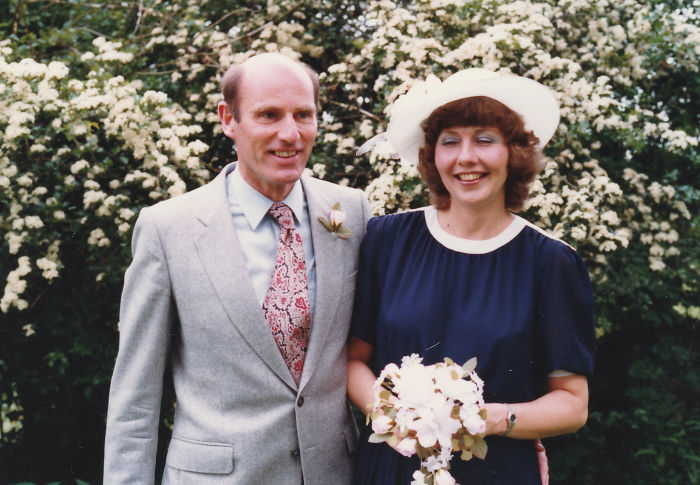 Here’s how people on the internet reacted 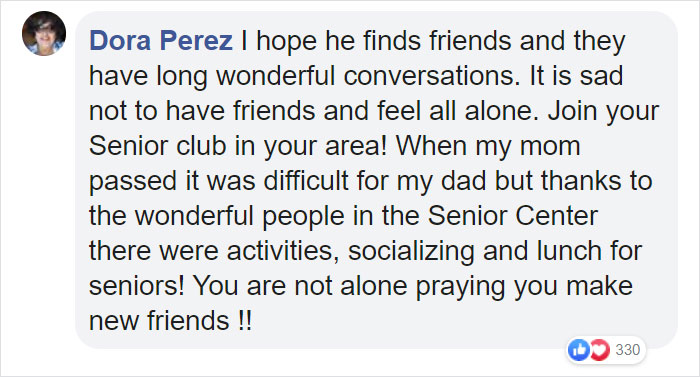 Check These Delightful Candid Photos of Wild Squirrels Being Very Curious Previous post
Super Dad Builds His Son A Hand With 3D Printer, And Now Makes Them For Other Kids For Free Next post