Hilarious, Yet Creepy Comparison Of How Aliens Would Reconstruct Animals Based On Their Skulls Vs. What They Really Look Like

About 500 million years ago, not a single creature had a skull. Over time, these bony plates evolved into the structural marvels that vertebrates—animals with spinal cords, aka you, me, and your pug, carry around today.

In fact, skulls are such complex wonders of nature that when viewed alone, they do look like they belonged to some distant, fabulous creatures. And that alone is enough to give the internet quite a rich source of memesy inspiration. This time, people are imagining what aliens would reconstruct if they came across the skulls of some of the most loved residents on our planet, like cats, dogs, and wild cutie pies.

Scroll down to see the hilarious results, but beware—it may reveal that your chunky catto is a Tyrannosaurus rex in disguise. 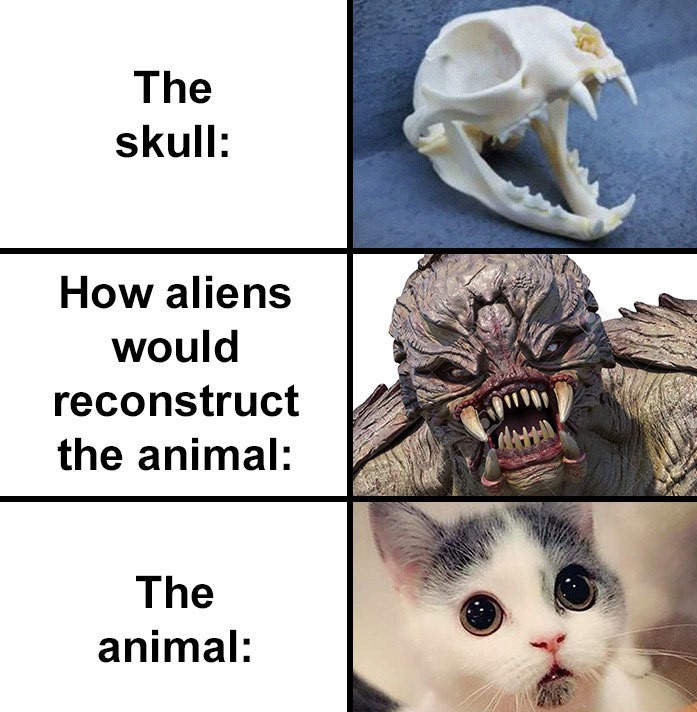 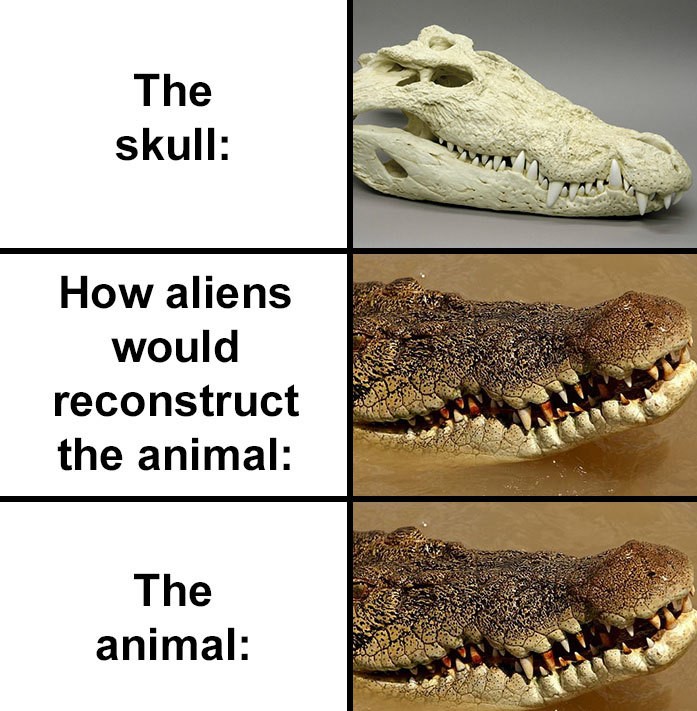 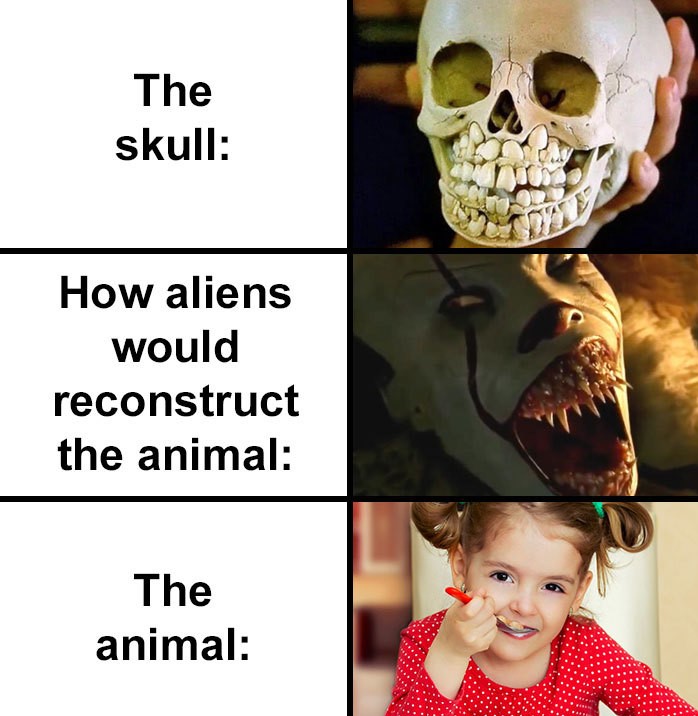 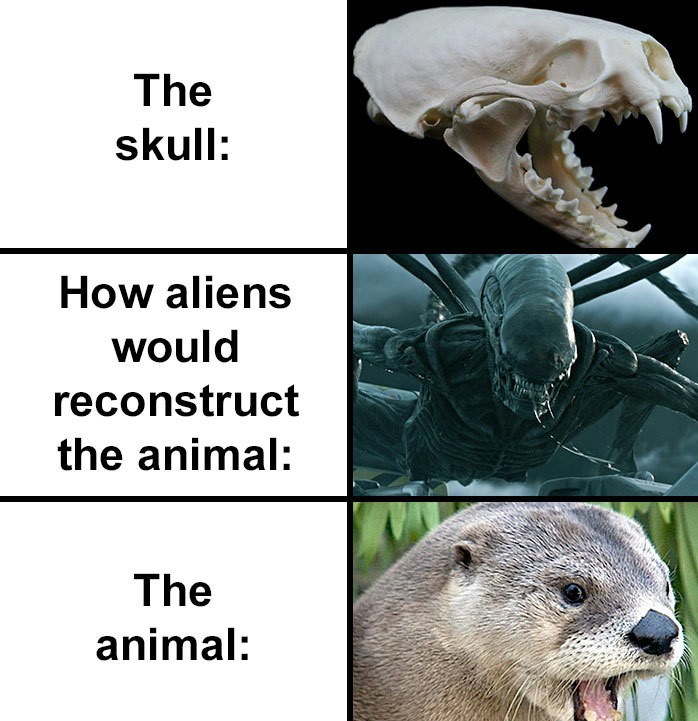 Bored Panda reached out to Ashley Mason-Burns-Meerschaert, the director of education at Skeletons: Museum of Osteology, who told us more about these incredible bones. It turns out, the vertebrates with the most bones in their skulls are bony fish, which can have over 100 in their skulls.

Although skulls from different species might look similar, there will be slight differences. Ashley said that “some species of shrews and rodents can only be identified by looking at dental variations under a microscope.”

There is also some skull variation between individuals of the same species and also between males and females, which scientists refer to as “sexual dimorphism.”

Ashley said that animals’ skulls can change over time for various reasons, like becoming more adapted to the environment, changing due to animals’ diet, or because of injuries sustained over their lifetime. 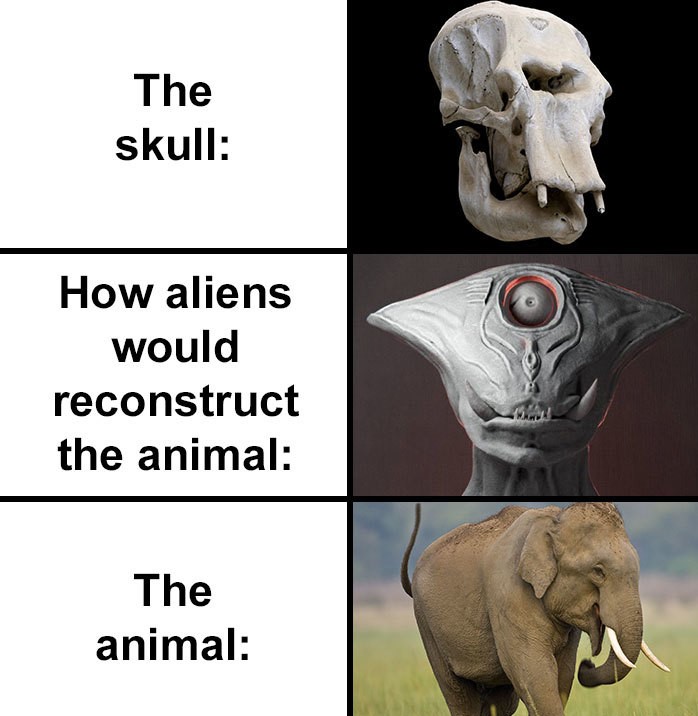 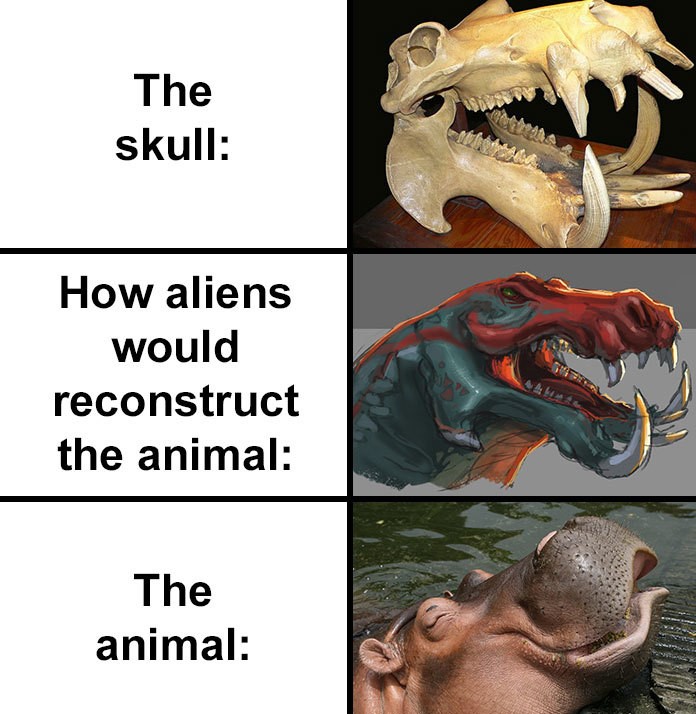 It’s incredible how much we can tell about an animal just by looking at these bony structures that support and protect soft tissues and organs.

For example, some particular skull features can indicate the nature of an animal. Wired suggests that “Big eye sockets point to a nocturnal lifestyle (big eyes harvest more light).”

Meanwhile, “giant canine teeth indicate a taste for flesh” and “lightweight bone riddled with air pockets is an adaptation for life on the wing. 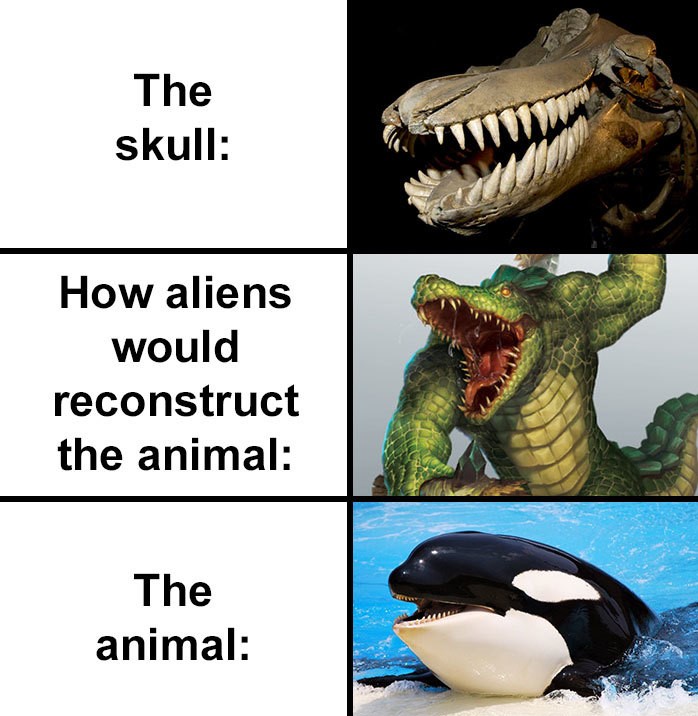 Another incredible aspect of skulls is just how complex they truly are. Imagine—a human skull has 22 bones. According to the National Center for Biotechnology Information, it features 8 cranial bones and 14 facial bones. When a baby is born, the forehead, or frontal, bone is separated in two, but it fuses while growing.

And now let’s take an alligator. This reptilian has around 53 skull bones, which is more than twice what we have. But it’s far from the most skull bones found in an animal. 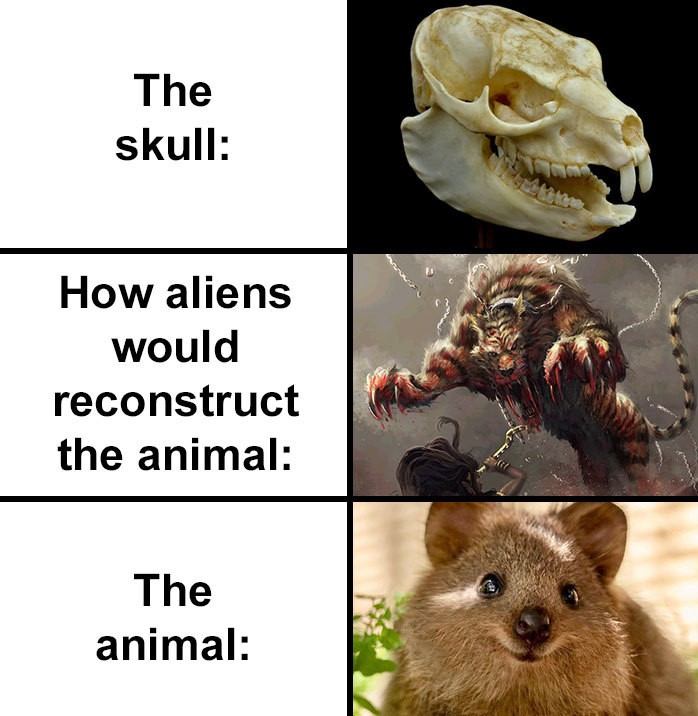 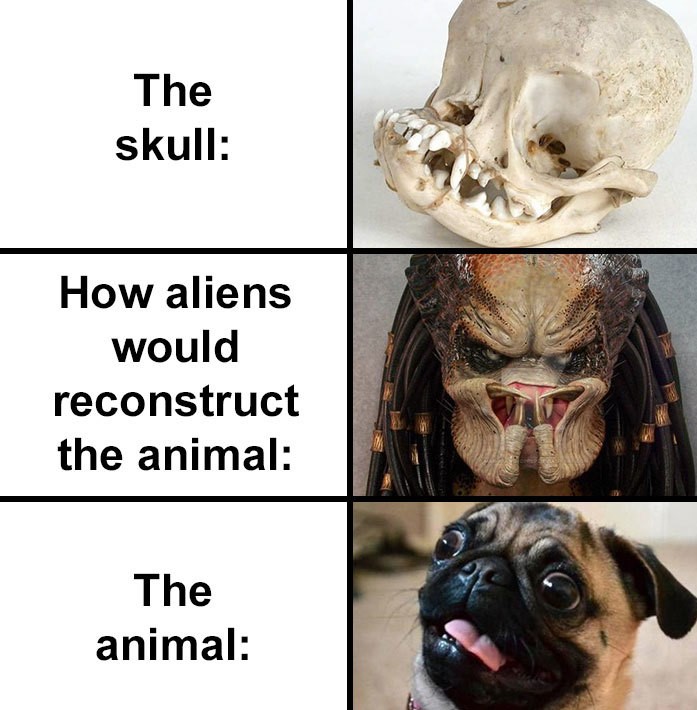 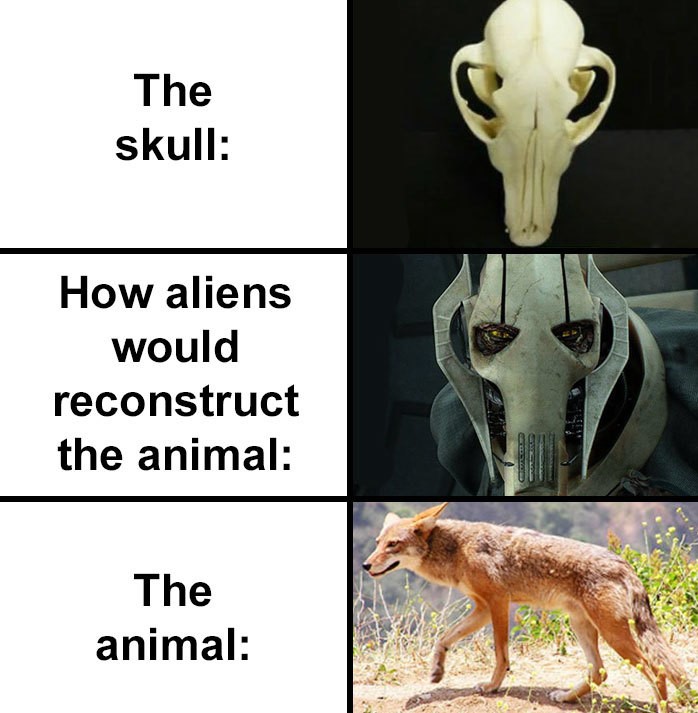 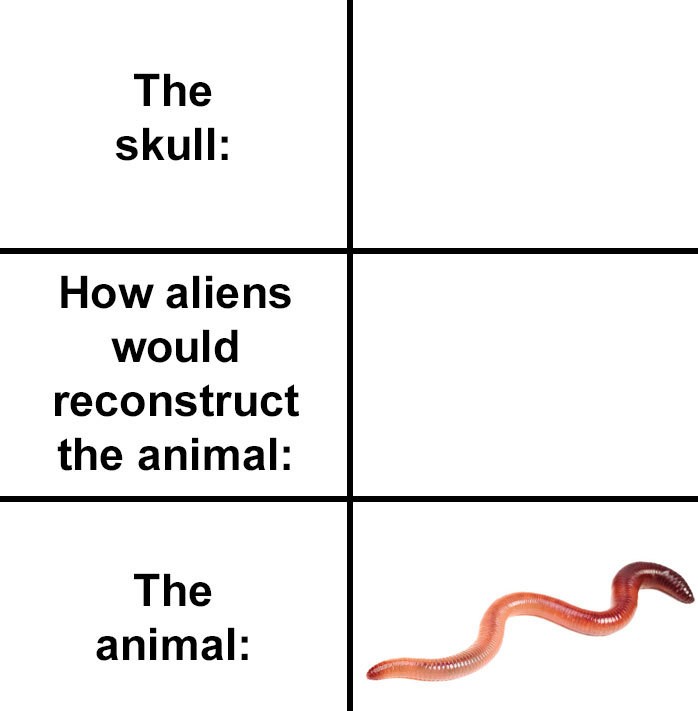 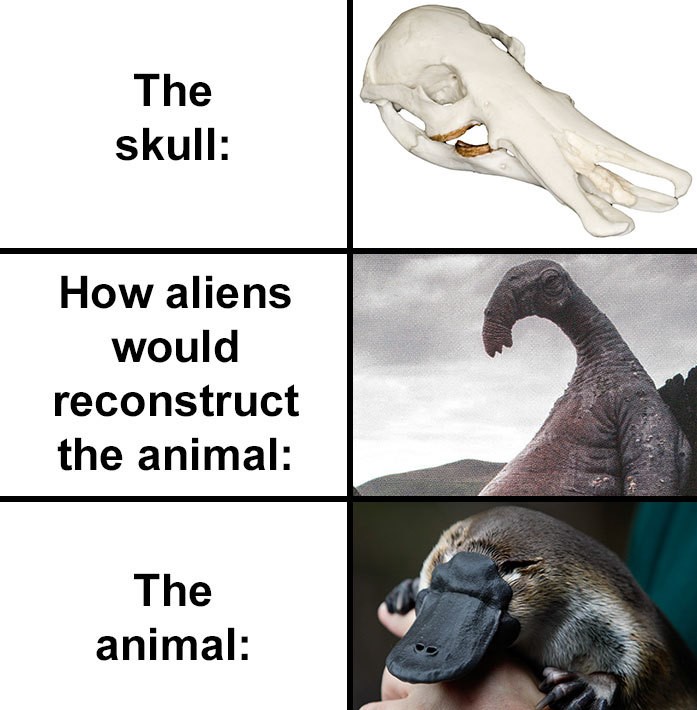 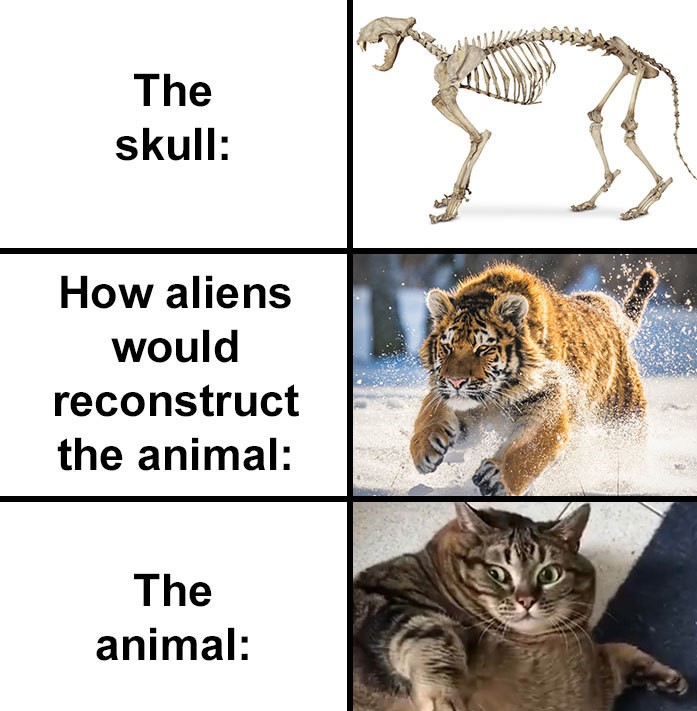 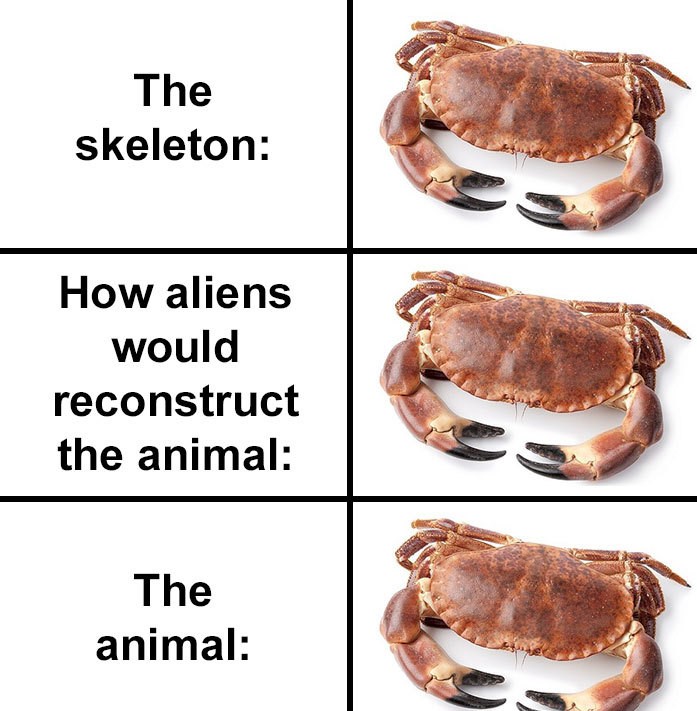 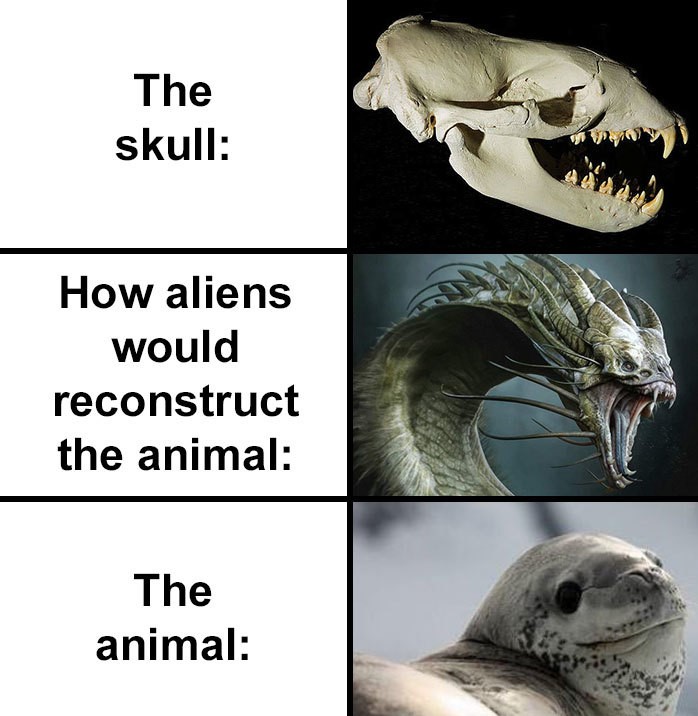 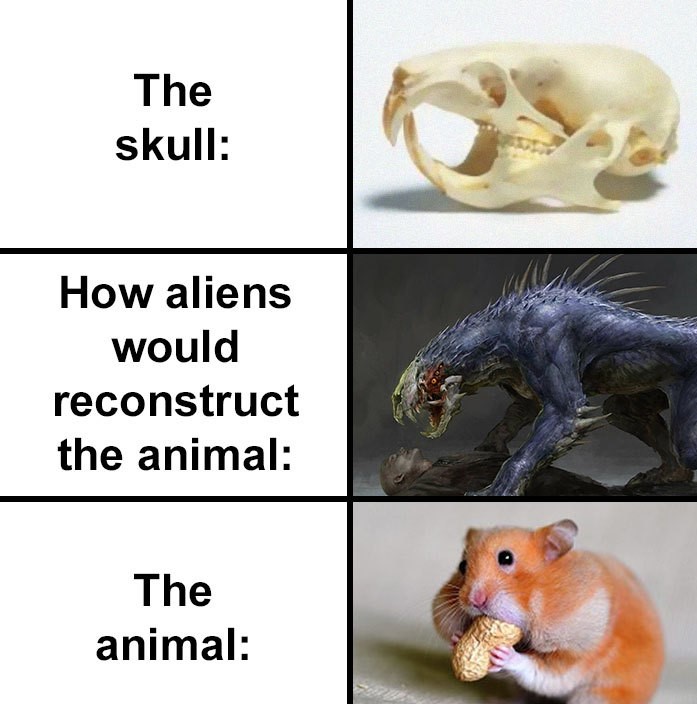 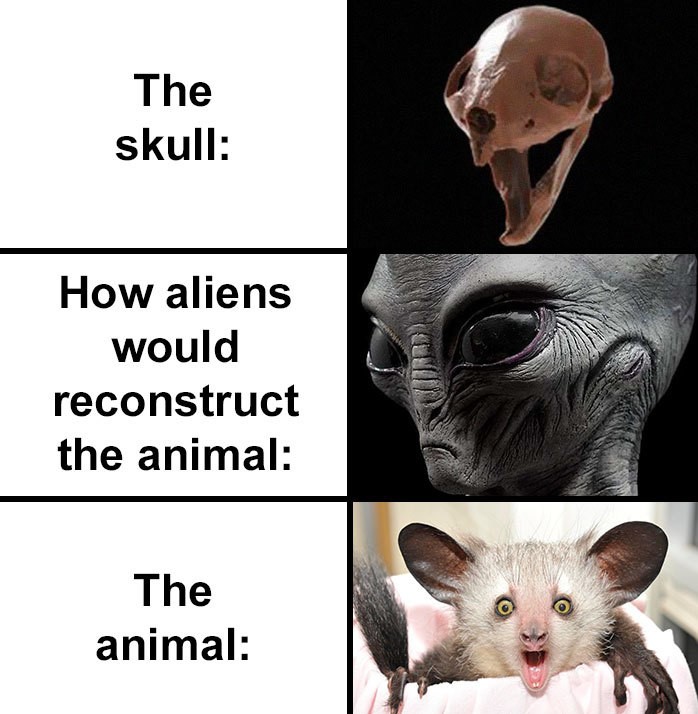 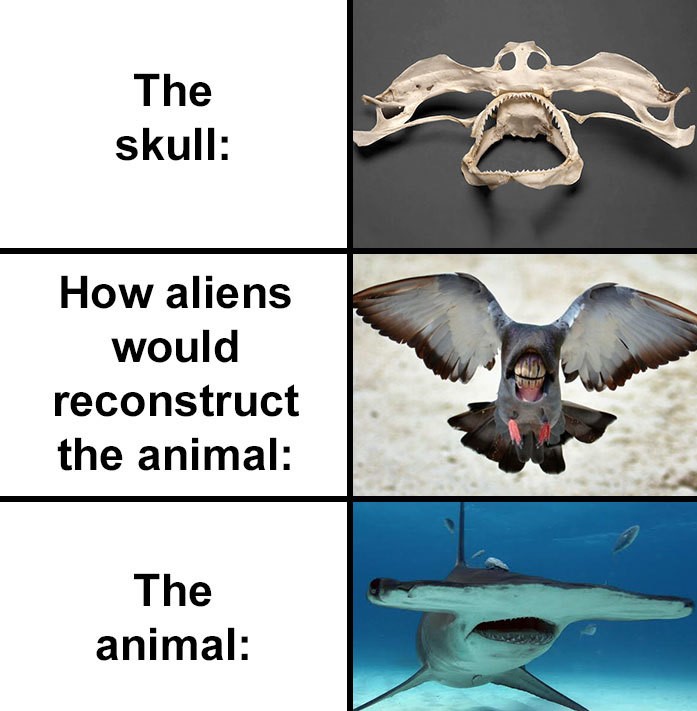 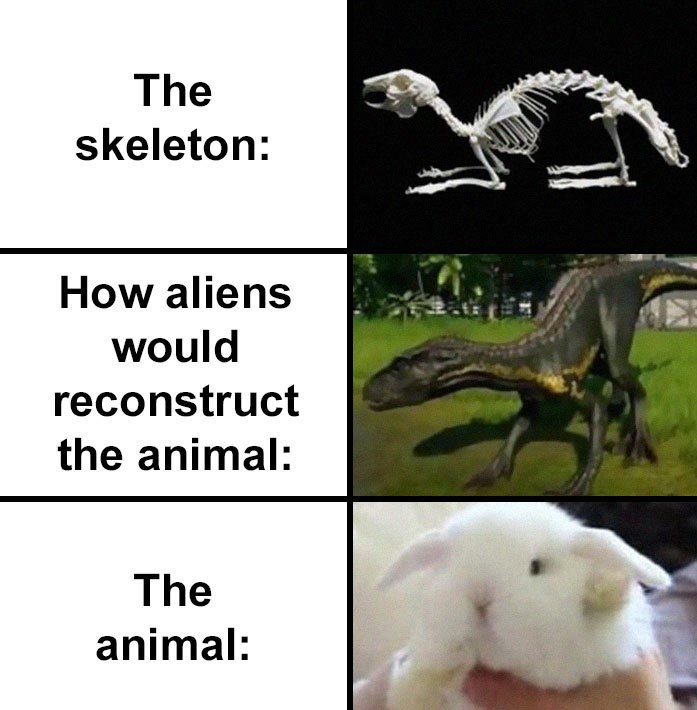 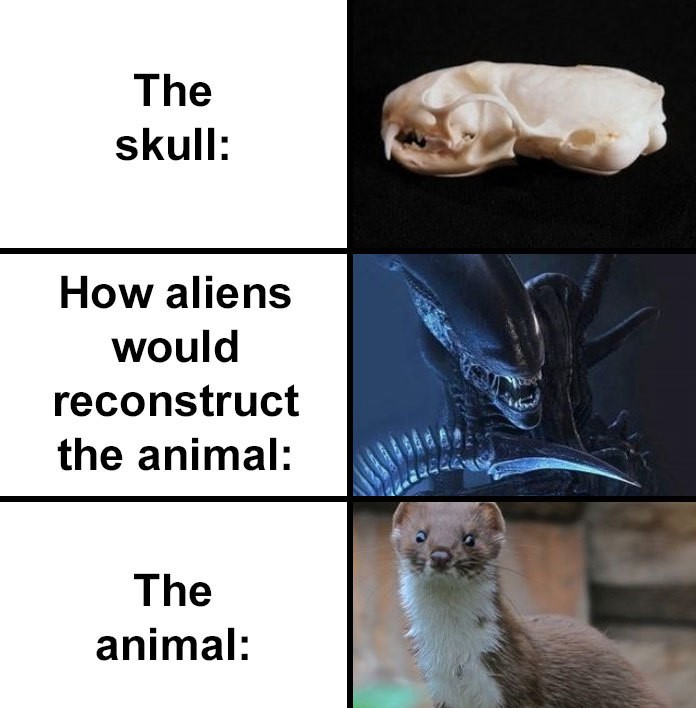 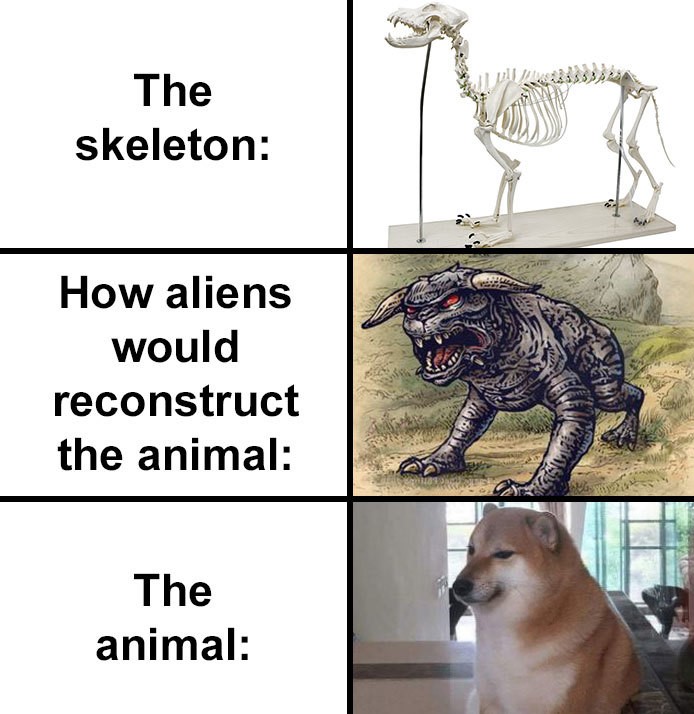 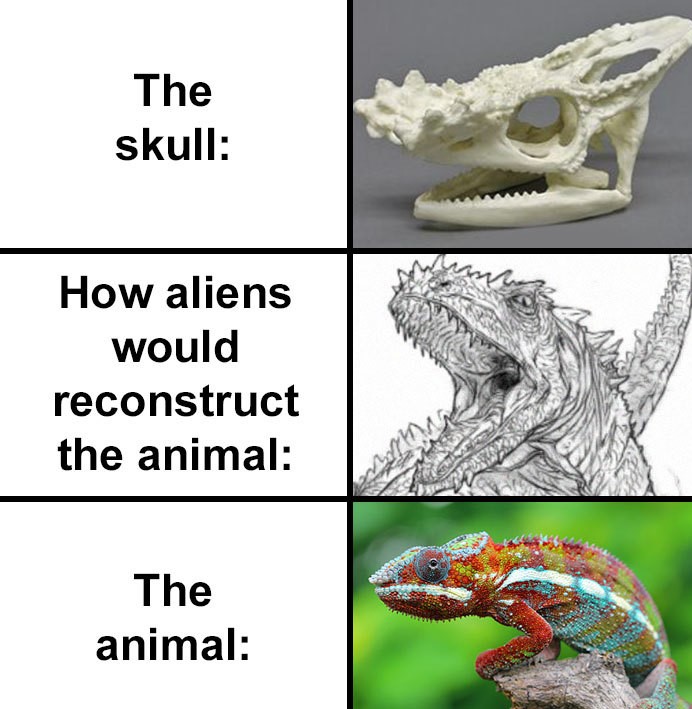 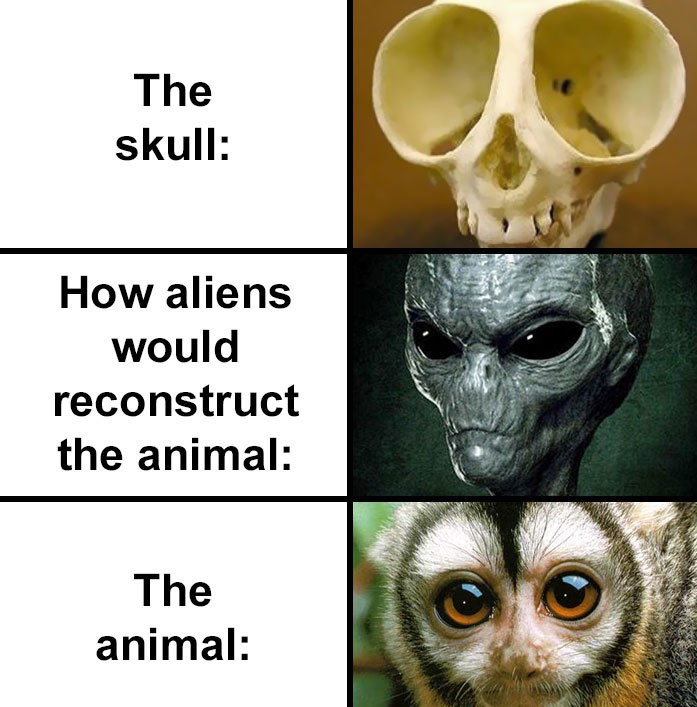 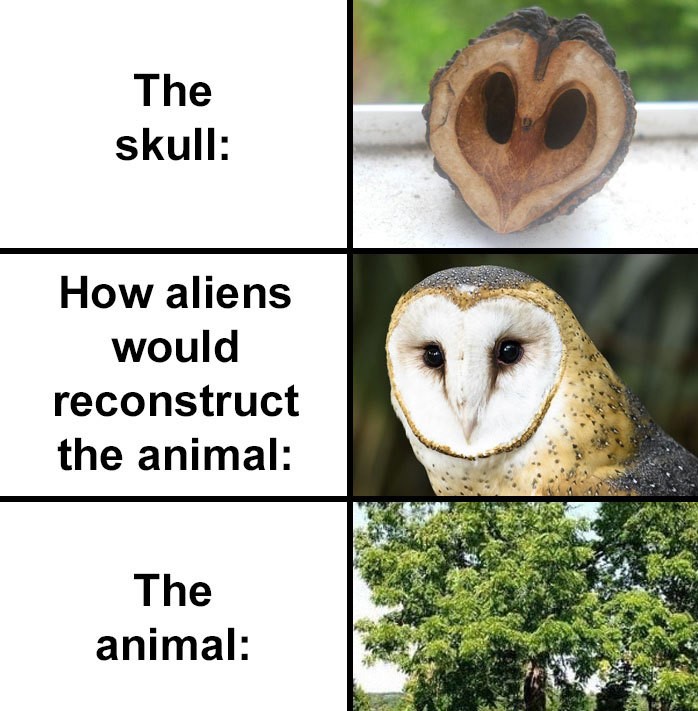 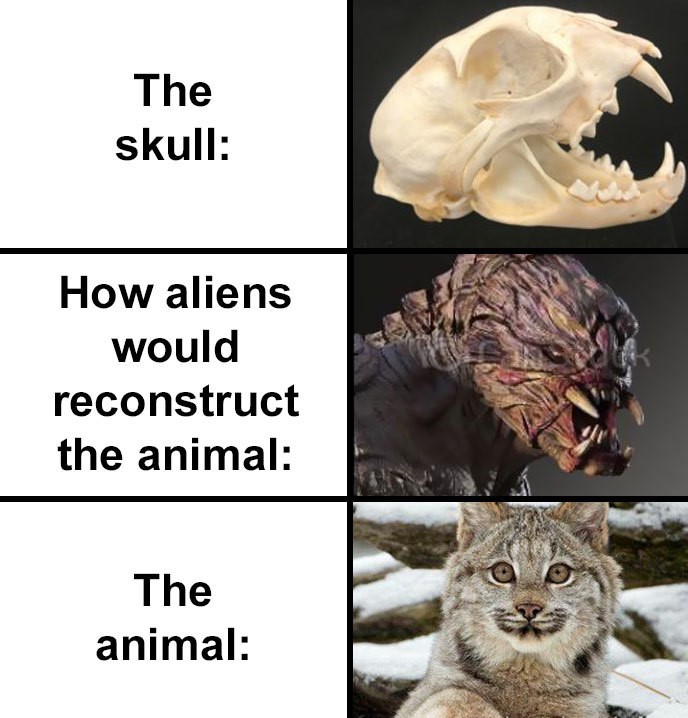 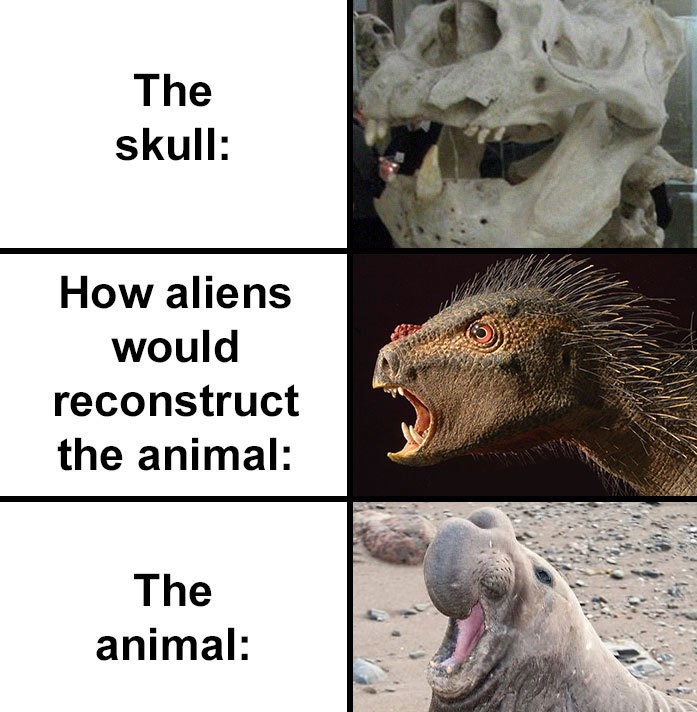 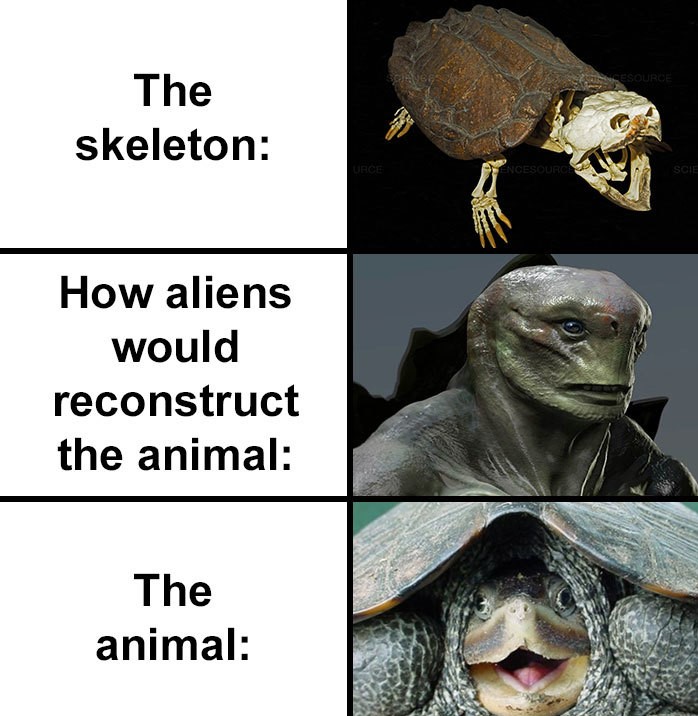 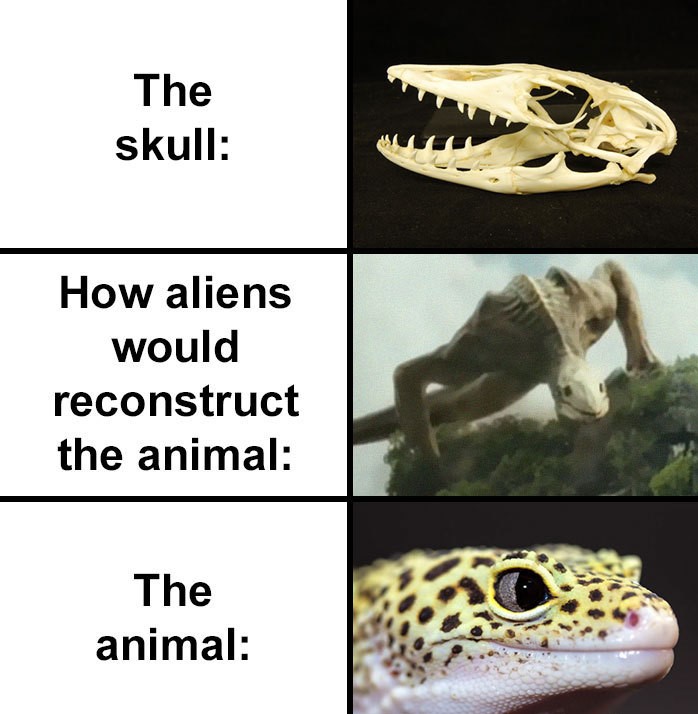