American scientists, led by a Spaniard, have developed a catalyst that targets one of the worst greenhouse gases – CO2. 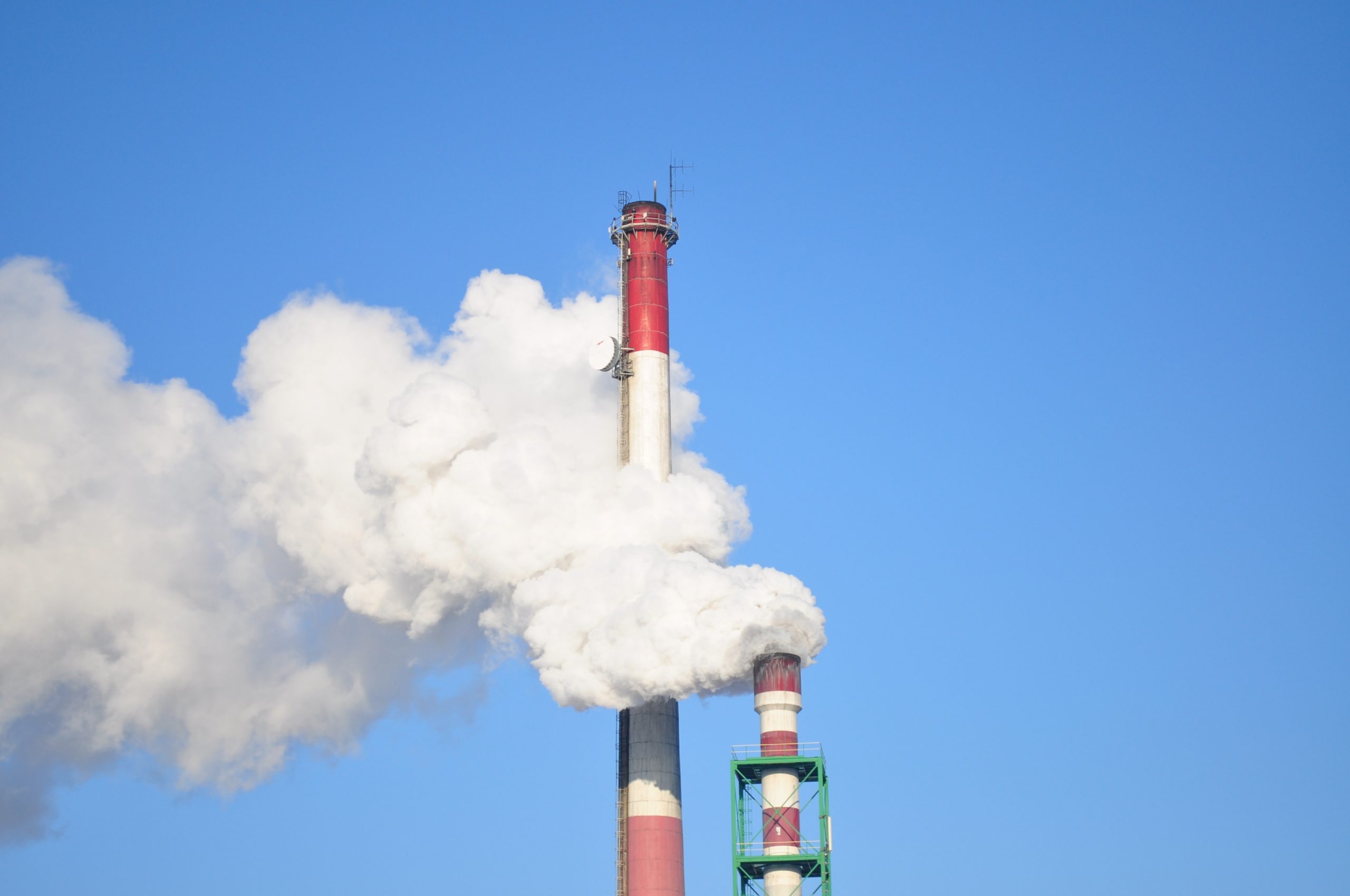 Photo by Pixabay from Pexels

“The technology of water electrolyzers is well known: they transform water and electricity into hydrogen and oxygen, but in our case, we add CO2 to the cocktail and, instead of producing hydrogen, we can generate various hydrocarbons, such as ethylene, which is the most widely used organic compound worldwide,” researcher F. Pelayo García de Arquer, of the University of Toronto (Canada), told SINC.

“Thus, we can obtain raw materials for the manufacture of products such as construction materials, textiles, paints, electronic device components, diapers… or even spirits.”

The innovation builds on past research to produce a catalyst that can transform plenty of CO2 as opposed to past configurations, which only allowed for a bit of the gas to be transformed. 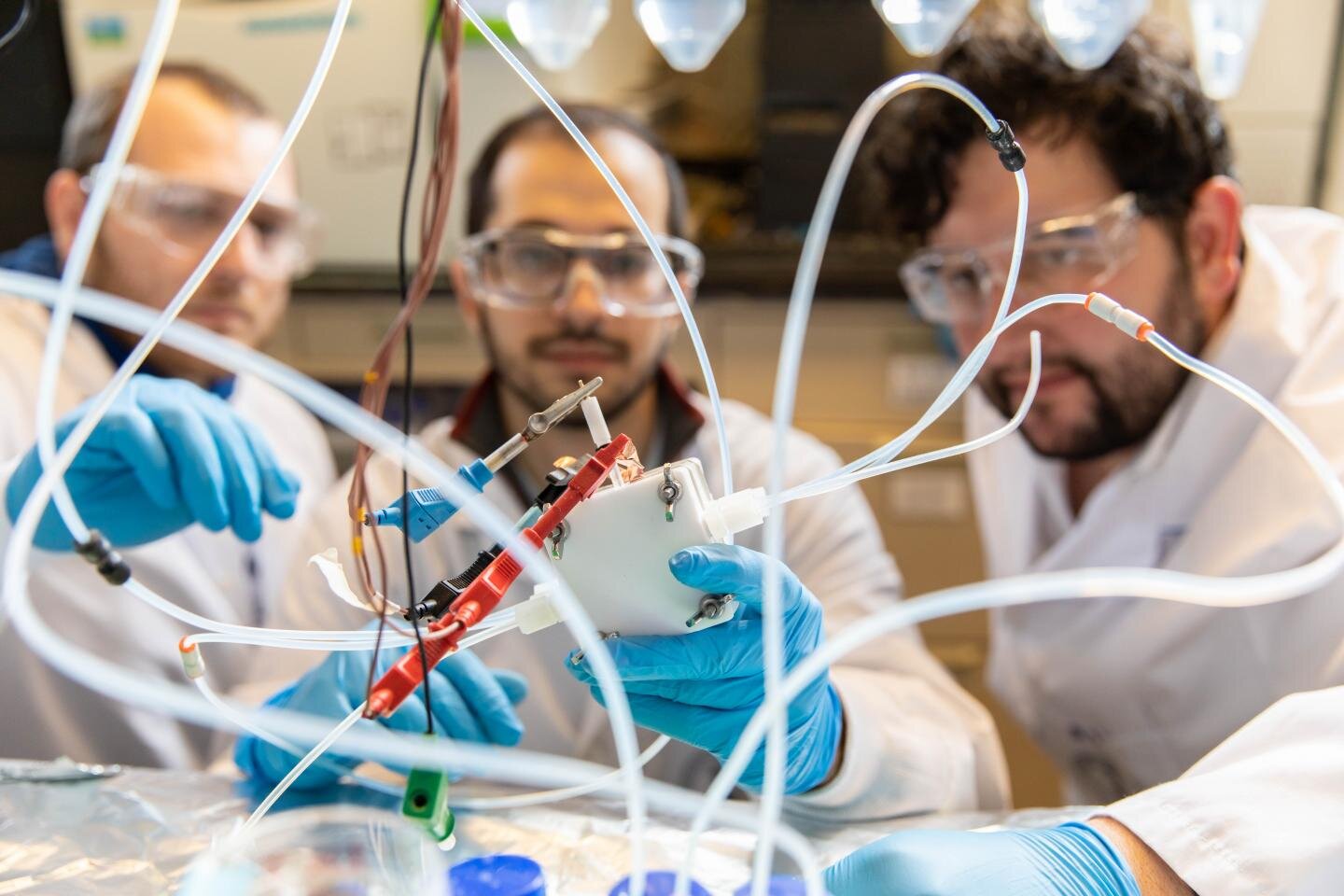 Left to right: Adnan Ozden, Joshua Wicks, and F. Pelayo García de Arquer are among the team members who have designed an electrolyzer that converts CO2 to valuable products 10 times faster than previous versions. Credit: U of T Engineering/Daria Perevezentsev

“About two years ago, CO2 electrolysis systems were limited to electrical outputs or currents of tens of milliamps per square centimeter, meaning that only a few molecules of this gas can be transformed into something useful,” said the researcher.

“But our discovery allows them to operate at currents a hundred times higher, more than one ampere per square centimeter. In this way, many more CO2 molecules can be transformed, reaching activities that were unthinkable a few years ago.”

Even better, adds the researcher, the source of electricity required for the process “can be perfectly renewable, such as solar, wind or hydraulic energy, so it is a way of building likewise renewable hydrocarbons.”

The team is now developing the efficiency and stability of the system to hopefully make it viable soon. Any product that can transform greenhouse gases is welcome in today’s climate change impacted-world, and we’re eagerly waiting to see how this develops. 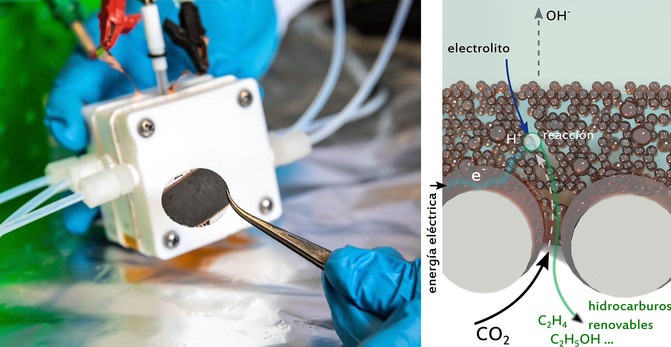 In the improved electrolyzer, the reaction happens in a thin layer that combines a copper-based catalyst with Nafion, an ion-conducting polymer. The unique arrangement of these materials provides a reaction rate 10 times higher than previous designs. Credit: U of T Engineering/Daria Perevezentsev