The Copernicus Sentinel-5P satellite spotted decreased NO2 emissions, which means that air pollution is reduced, with the greatest change observed in the northern part of the country, according to the Environmental Protection Agency.

Claus Zehner, ESA’s Copernicus Sentinel-5P mission manager, said: “The decline in nitrogen dioxide emissions over the Po Valley in northern Italy is particularly evident. Although there could be slight variations in the data due to cloud cover and changing weather, we are very confident that the reduction in emissions that we can see, coincides with the lockdown in Italy causing less traffic and industrial activities.”

Josef Aschbacher, ESA’s Director of Earth Observation Programmes explained: “Copernicus Sentinel-5P Tropomi is the most accurate instrument today that measures air pollution from space. These measurements, globally available thanks to the free and open data policy, provide crucial information for citizens and decision-makers.”

The image shows a decrease in Wuhan, China, where the virus originated from December 2019 to March 2020. 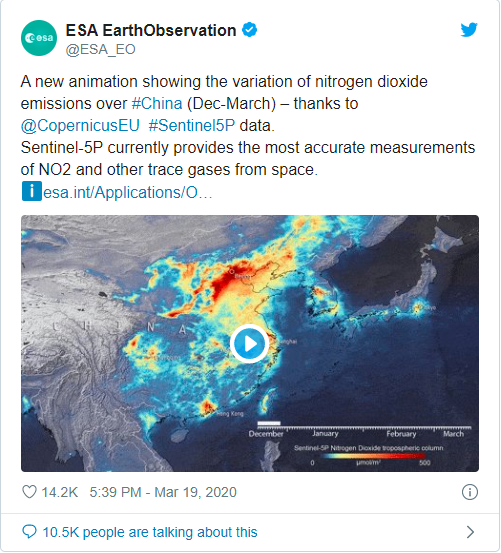 Italy has seen the greatest number of confirmed cases of the virus of any country except China, and it was particularly prevalent in northern Italy. In an attempt to contain COVID-19, the Italian prime minister Giuseppe Conte ordered northern Italy into lockdown on March 8. This has affected over 16 million people, restricted travel from, to or within the affected areas, and put a ban on cultural events. Since then, as the situation aggravated, the measures were extended to all parts of Italy. And because of less boat traffic, waterways in Venice are also showing signs of less pollution. 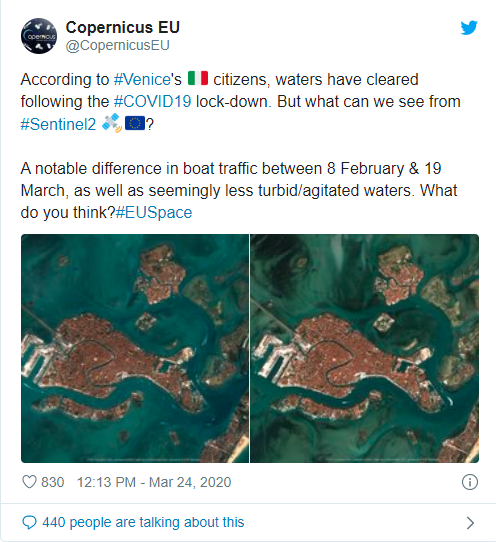 The graphs reveal lower NO2 pollution starting from the 14th of February. 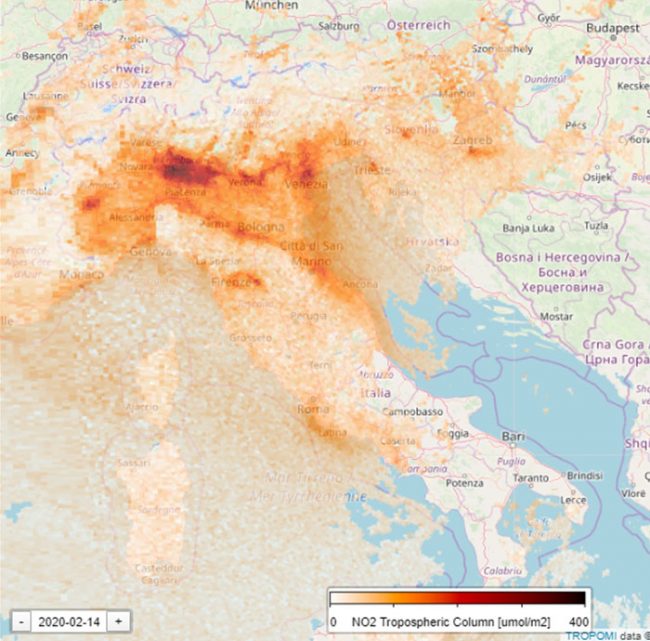 Less NO2 traces on the 24th of February. 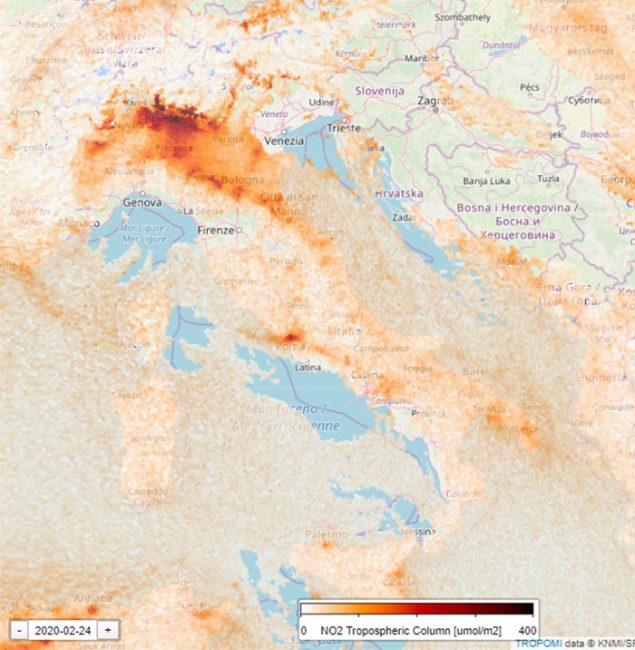 NO2 traces were dramatically lower in March. 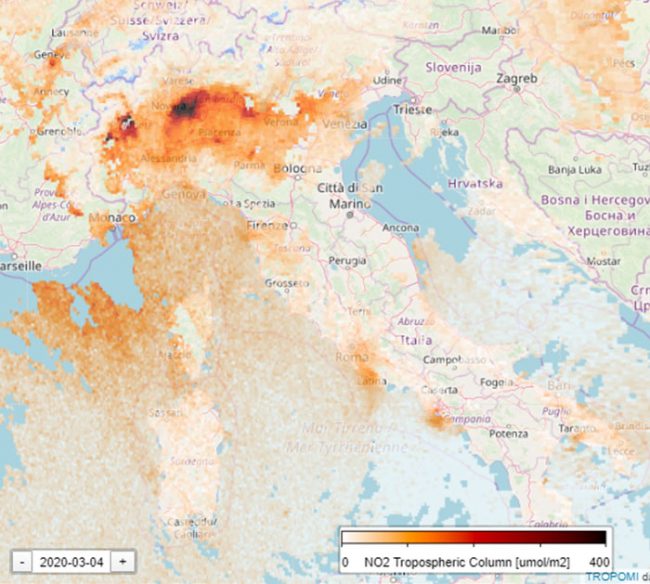 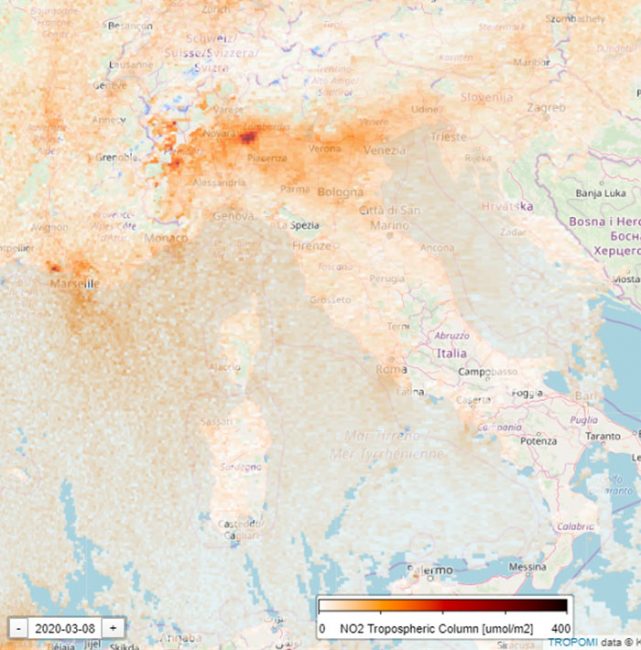 A research associate at NASA, Santiago Gassó said that “there is a clear decrease of NO2 levels (a pollution marker) in northern Italy according to the satellite sensor“. He went on to explain that while fluctuating NO2 emissions are completely normal if we consider the fact that various factors can affect them, and the observed change is significant. 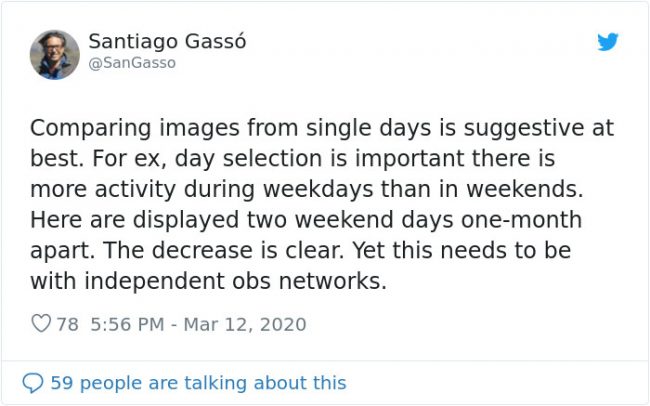 The map shows NO2 pollution levels on the 8th of February, Saturday. 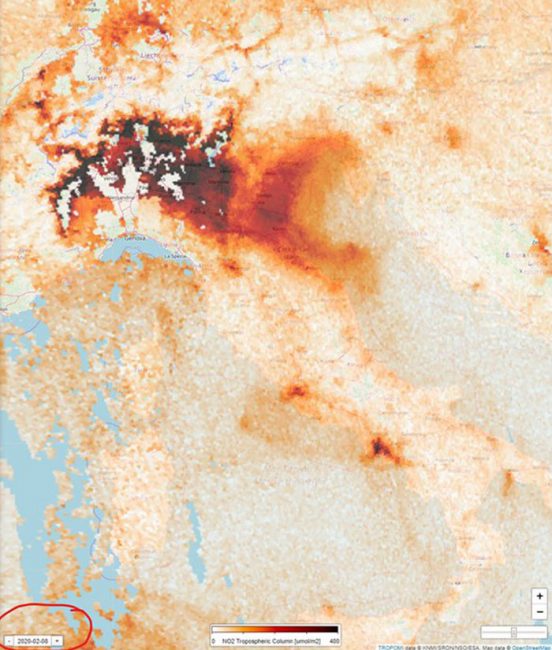 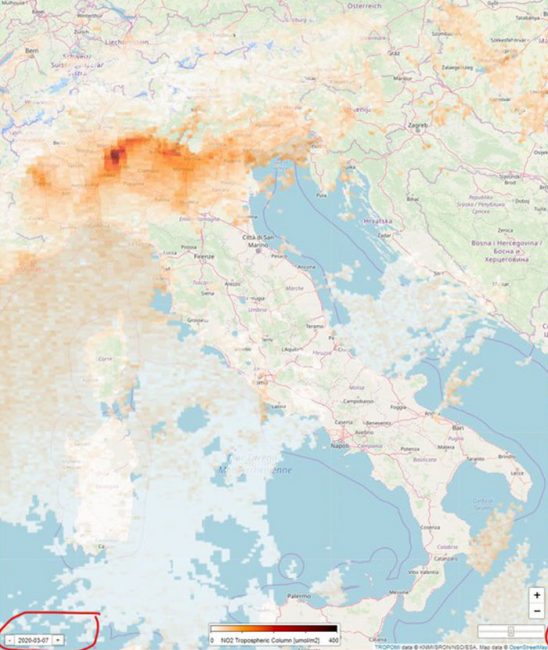 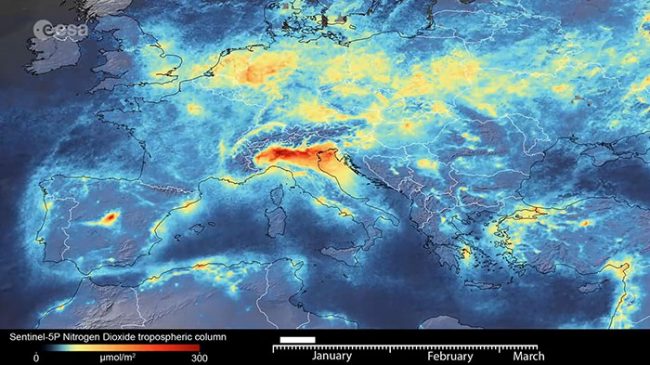 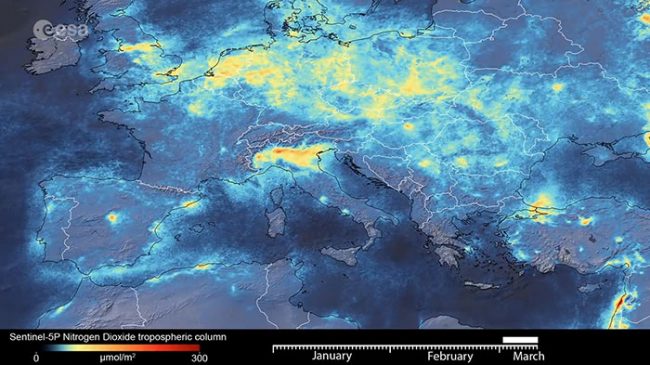 Watch the time-lapse from ESA in the video below.