10 Dreamy Destinations With The Bluest Water In The World

The most popular color in the world is blue, so it’s no surprise that people flock to the turquoise beaches of the Caribbean or the sapphire hot baths of Iceland. Many factors affect the exact color of water — sediment and nutrients can make it appear murky, while nearby coral reefs can keep water clear — but the tint comes from blue wavelengths of light absorbed from the sun.

If you’re looking to take in some cool shades while lounging in the surf, here are some destinations worth a trip. 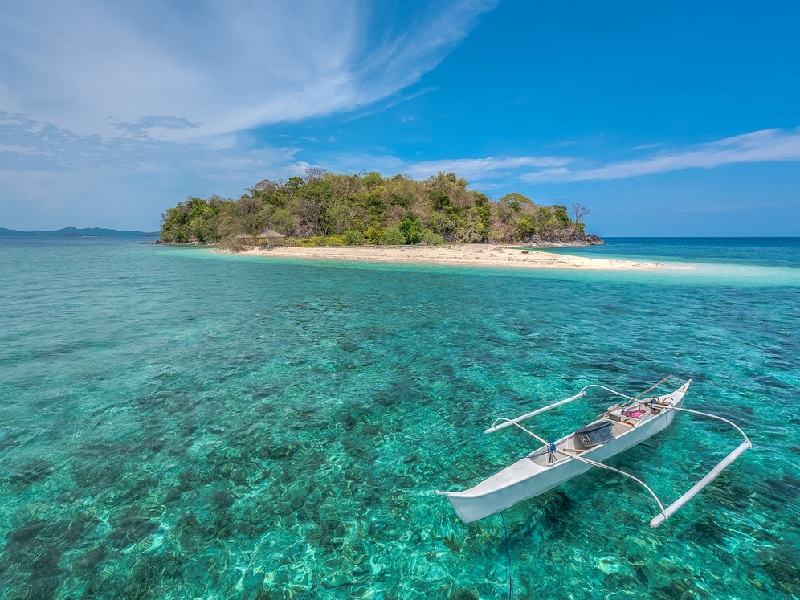 Palawan is an archipelago with 1,780 islands. Located between El Nido and Coron, Linapacan is actually a municipality in Palawan. It is a menagerie of islands, some of which used to belong to Coron. The town’s jump-off is about an hour away from El Nido, and I’m quite puzzled as to why the boom in the region’s tourism hasn’t reached it yet.

It is no secret that the Philippines has some of the world’s best beaches, islands, and diving spots. This island is in a remote province and home to many beaches with super clear water. The island has a population of just 14,180 people. 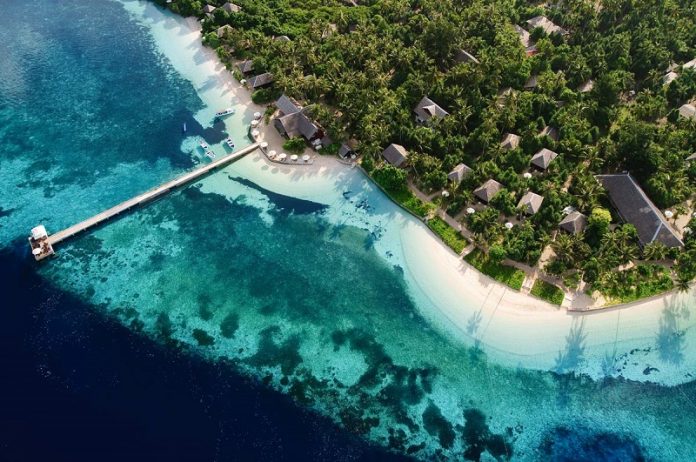 The Wakatobi islands are a remote treasure chest of unspoiled natural beauty. Located in the Sulawesi Tenggara Province, this regency is the perfect destination for travelers looking for a tranquil island getaway far from the sun-worshipping crowds.

The regency of Wakatobi is an acronym of the islands comprising Wangi Wangi, Kaledupa, Tomia, and Binongko. Celebrated as having one of the best diving and snorkeling spots in the world, Wakatobi has no shortage of attractions. Come here for an enriching experience where you can explore the breath-taking surroundings, indulge in the unique food and culture, and participate in a number of refreshing activities. To reach Wakatobi there are now regular Wings Air flights direct from Makassar, capital of South Sulawesi.

Wakatobi is a secluded haven you will not want to leave. 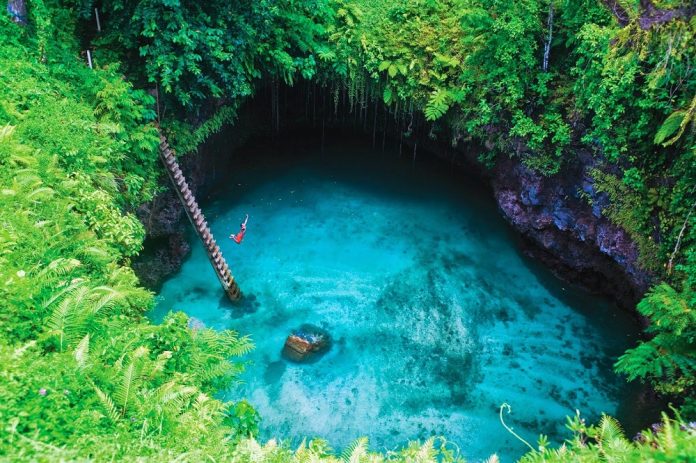 Pounding surf, cartoonish vegetation, hidden coastal tunnels and explosive blowholes: Samoa is an adventure movie set on steroids.
It’s a hole. Yes, a hole in the ground. But there are good reasons why thousands of visitors turn up to Samoa each year to visit and swim in the breathtaking To Sua – or “big hole with water coming out of it”.

For a start – it has to be one of the most unusual places to swim on the planet. The 30-meter, almost perfectly symmetrical swimming hole surrounded by lush vegetation sits in the middle of a lava field near Lotofaga village atop a jutting edge of spectacular coastline on the south coast of Samoa’s main island of Upolo.

The only access into the sparkling emerald green waters of the pool is via a single ladder with a small sitting/viewing platform at its base. 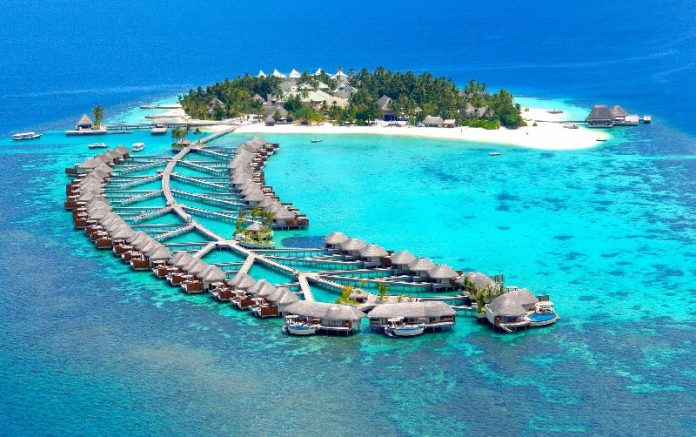 The Maldives, located in the Indian Ocean, has around 1,190 islands and sandbanks. A lagoon with crystal clear water encircles all the islands, which are protected by a reef structure that is home to an array of underwater life.

The Maldives has become the go-to destination for cashed-up honeymooners of recent years with every man and his new bride staying in an over-water bungalow, ‘gramming the sun setting over the ocean.

But what makes the Maldives so spectacular are the waters that surround the islands. Located in the middle of the Indian Ocean, the Maldives is composed of 26 atolls and over 1,000 coral islands. Snorkeling is a must-do during your stay in the Maldives. 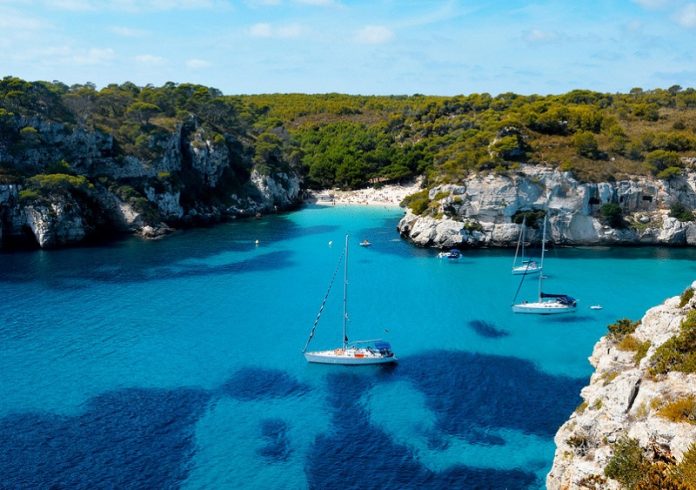 Cala Macarella is one of Menorca’s most famous bays and includes the more secluded Cala Macarelleta. The beaches are connected by a trail for those who want an extended look at the views

On the southwestern side of Menorca, this bay is a stunning mix of turquoise water and white sand beaches. The waters are shallow and clear which makes it a perfect swimming spot for families and you can usually get return flights for around £60.

The beach at Cala Macarelleta can only be reached on foot or by boat — probably one of the least-crowded beaches you’ll find in Spain and perfect if you like to take a swim alone. 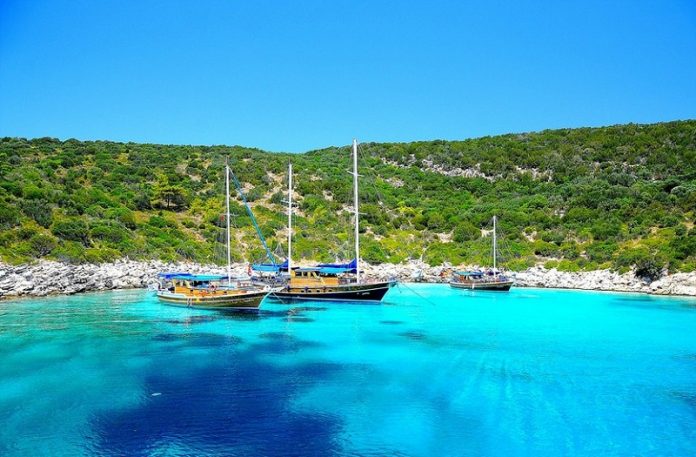 Along the southern coast of the peninsula of the same name, Bodrum has an ancient history and was the site of one of the 7 Wonders of the Ancient World (the Mausoleum at Halicarnassus). It also has some amazingly clear water.

The peninsula was a pioneer in Turkey’s sailing scene. Stretching back to the 1970s, their worldwide reputation for excellence and professionalism is cemented in stone. For a sailing holiday in Turkey, Bodrum is ideal.

Day trips leave every morning from local harbors but to indulge in the Turkish experience, sign up for a three-night traditional gulet cruise on a blue voyage route. Visiting historical ruins, Greek islands, small coastal resorts, and hidden bays, it is a lifetime, memorable experience 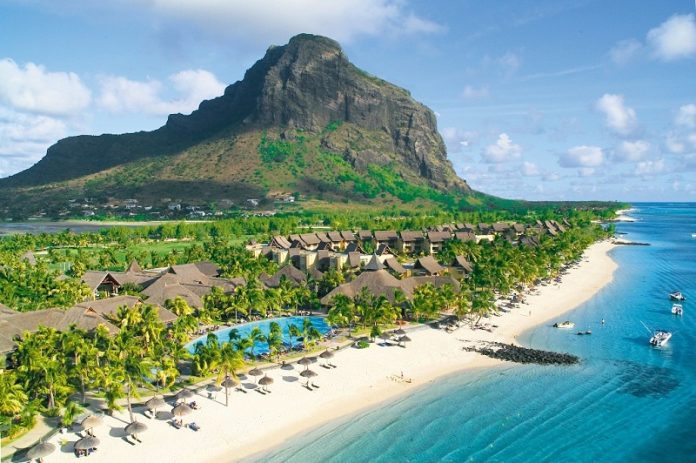 Mauritius is a lovely tropical destination known for its pristine beaches, cascading waterfalls, and luxury accommodations. The casuarina lined coasts with white powdery sand beaches attract travelers from all around the globe.

There are a lot of things to do in Mauritius from hiking to trying various water sports but one of the things to not miss out here is the Mauritian beaches.

The perfect way to explore most of these lovely spots is by going beach hopping in Mauritius. So, are you ready to pay a visit to these surreal beaches? 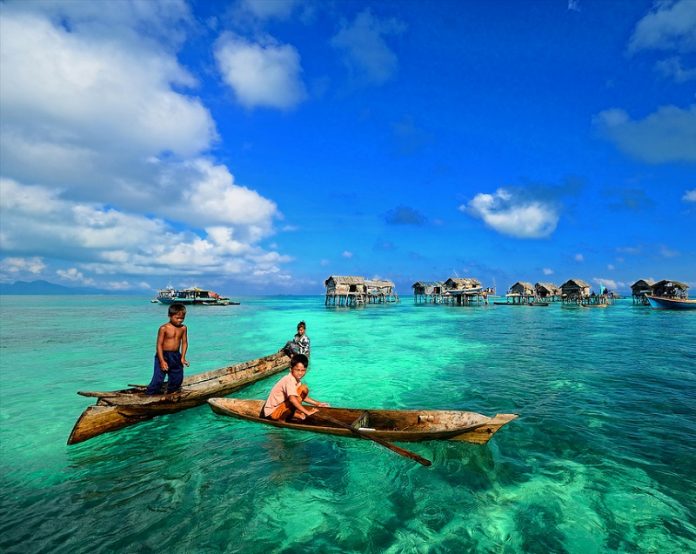 Jungle retreats, hundreds of kilometers of coastline, and some of the world’s best diving spots feature in the East Malaysian state too. Throw in the chance to see wild orangutans, fireflies, and carnivorous flowers.

Sabah is the pearl of Borneo with countless ecotourism activities and beach retreats. Visitors encounter unmatched biodiversity along jungle trails and have the chance to scale Malaysia’s tallest mountain. 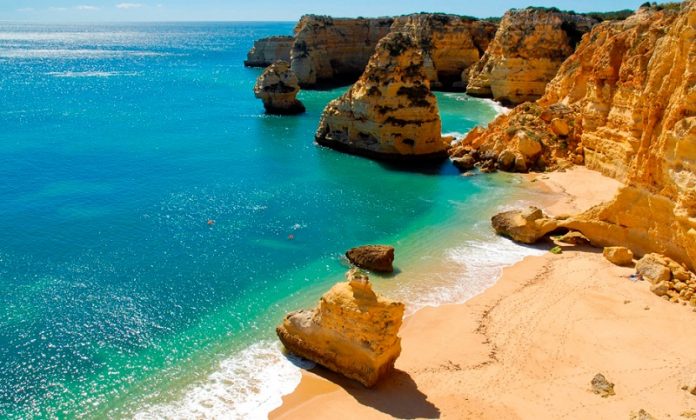 No trip to the Algarve region of Portugal is complete without a swim in Lagos. With beaches stretching along the coast, you’ll find golden sands and clear water for as far as the eye can see – and you can get relatively cheap flights to Faro from London, to which Lagos is a short bus ride away. 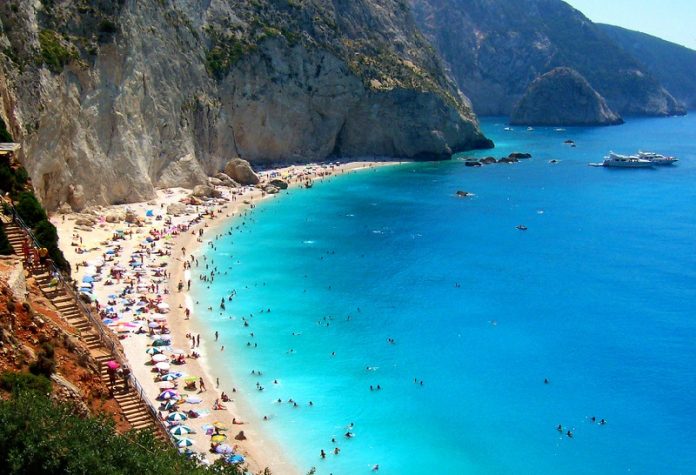 Porto Katsiki Beach (which was formerly said to only be accessible by goats, hence its Greek translation of “Goat Port”) is located on an island called Lefkada in the Ionian Sea. It can only be reached by taking narrow roads, which are usually congested with traffic, followed by walking down a small, winding staircase alongside a cliff. A taxi-boat is perhaps the least complex way to reach this secluded paradise. But rest assured, the journey is worthwhile, as it’s one of the most stunning places with clear water. In fact, it is considered to be one of the ten best beaches in the Mediterranean and one of the most beautiful beaches in the world.