Not all streets are created equal. Take the colorful Caminito that anchors Buenos Aires’s La Boca neighborhood: It not only provides visitors with a vibrant photo op but also serves as a reminder of how the neighborhood was built in the 19th century.

Streets, however, don’t have to offer a history lesson or be rendered in Technicolor to be charming. Some are notable for their stunning natural features, such as the cherry blossom tunnel in Bonn, Germany, which makes an appearance for a few short weeks every spring.

Here’s presenting a list of some of the world’s most stunning streets. 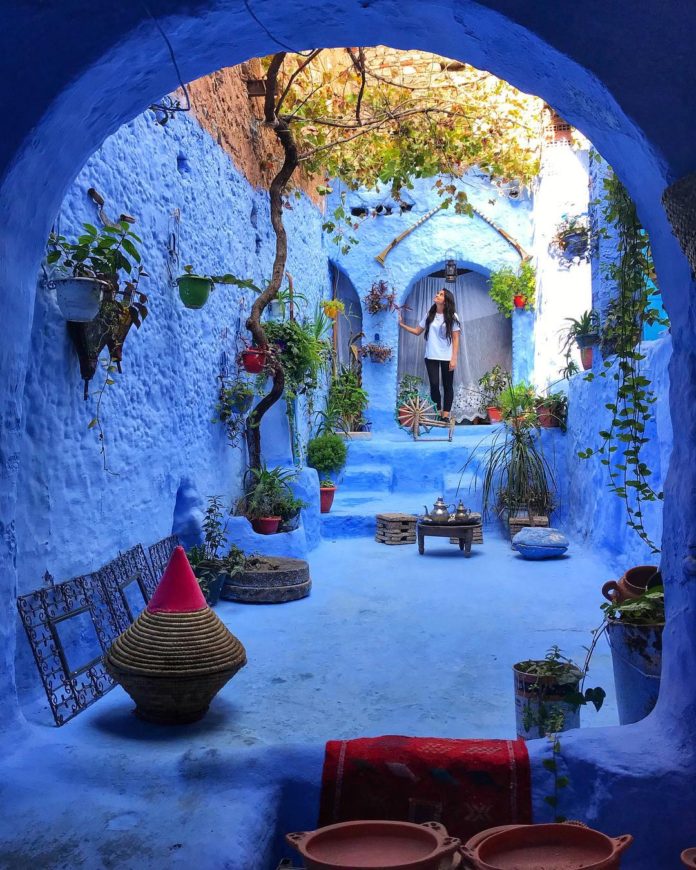 The blue-washed alleyways of Chefchaouen in northwest Morocco are a photographers’ paradise.

Various theories abound as to why its streets are blue, with some claiming it’s to deter mosquitoes and others saying Jewish refugees painted the buildings after escaping Nazi Germany. Look out for the tiled alley of Calle Sidi Buchuka and Callejon El Asri.

The streets of Chefchaouen, a small city in northwest Morocco, are famous for their different shades of blue. Founded in 1471, the city was once used as a fortress for exiles from Spain. Over the centuries, many Jews moved to Chefchaouen, bringing with them the ancient belief that using blue dye would remind people of God’s power. For the most vivid experience, visitors should stroll down such streets as Al Hassan Onsar, Rue Outiwi, and the tight stairs leading up and down Rue Bin Souaki. 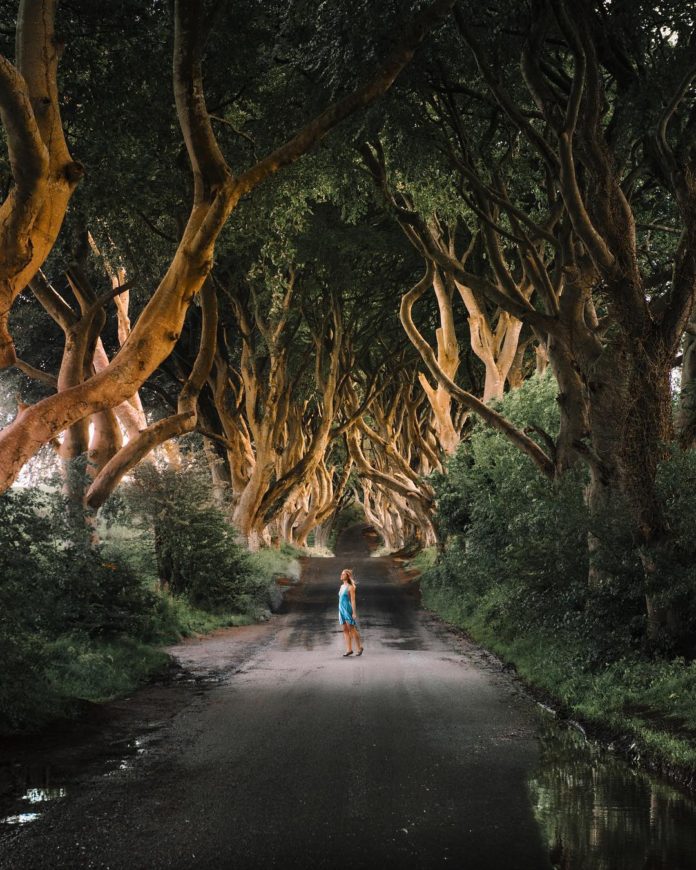 An avenue of mature beech trees, The Dark Hedges has long been one of the most photographed sights in Northern Ireland. But the advent of Instagram and its use as the Kingsroad in “Game of Thrones” has ensured this row of trees, planted in the eighteenth century to provide a picturesque approach to Gracehill House, has become a 21st-century icon. 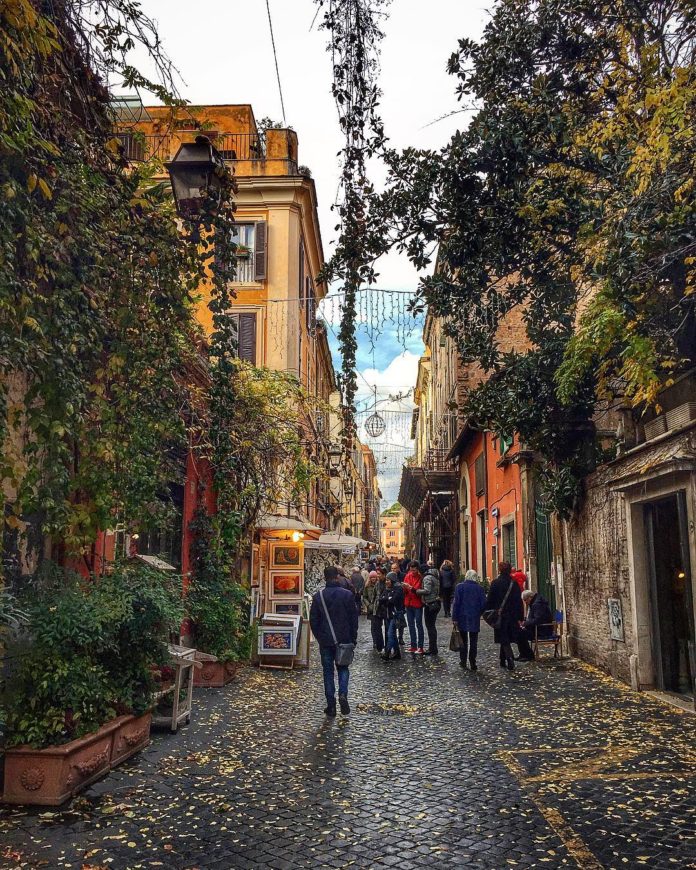 Via Margutta is one of the most beautiful streets in all Rome, a narrow, cobblestone lane past ivy-covered, yellow, gold, and pink buildings. This area has traditionally been the home of artists, thanks in part to the development of a complex of art studios on this street. Many famous artists, composers, and writers have had their studios here: Debussy, Liszt, Wagner, Stravinsky, Picasso, and Truman Capote are just a few. The Master himself, Federico Fellini, had his home at number 110, with his adorable and talented wife, Giulietta Masina. For anyone who loves the film Roman Holiday, take a peek at number 51: this is where Joe Bradley, the journalist portrayed by the glorious Gregory Peck, had his apartment and where Audrey Hepburn’s sleepy princess spent the night in his pajamas. 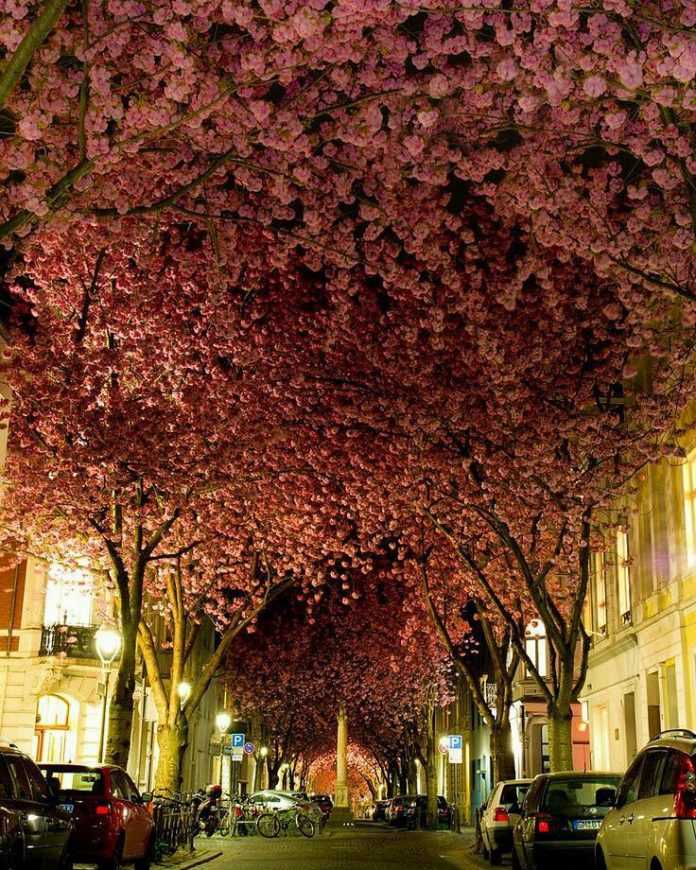 Its trees were imported from Japan and planted in the 1980s, giving citizens of the former capital of West Germany a chance to experience sakura without having to jet off to Asia. The cobbled road and ornate buildings add to the experience. 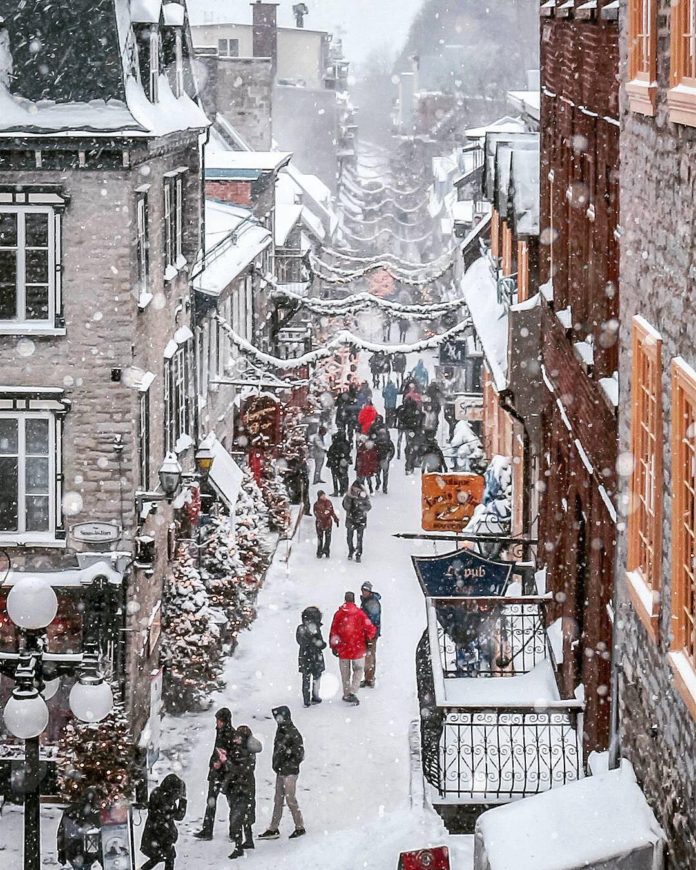 Quebec City makes a strong argument for being Canada’s most beautiful locale. And it’s with streets like Rue du Petit Champlain that makes it tough to beat. The charming, European-inspired street is lined with unique boutiques and bistros. This picture-perfect area is truly enjoyable during any season of the year. 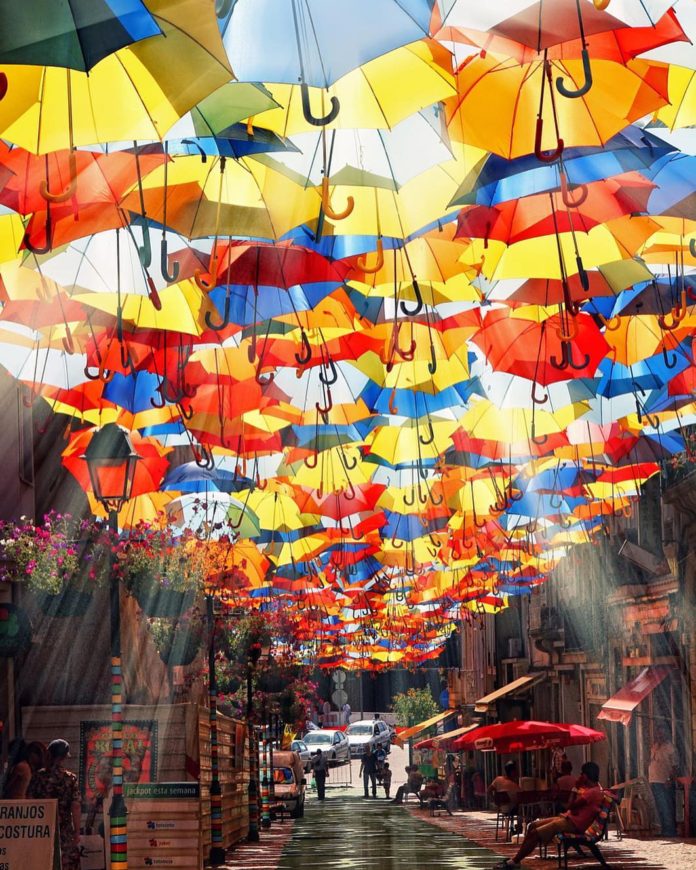 Since 2011, the four main streets of Agueda, including Rua Luis de Camoes, have been transformed into colorful, umbrella-shaded paradises.

Cables are strung from the rooftops and hung with umbrellas, in a bid to mitigate against the summer heat, as well as provide a colorful backdrop from events and classes. 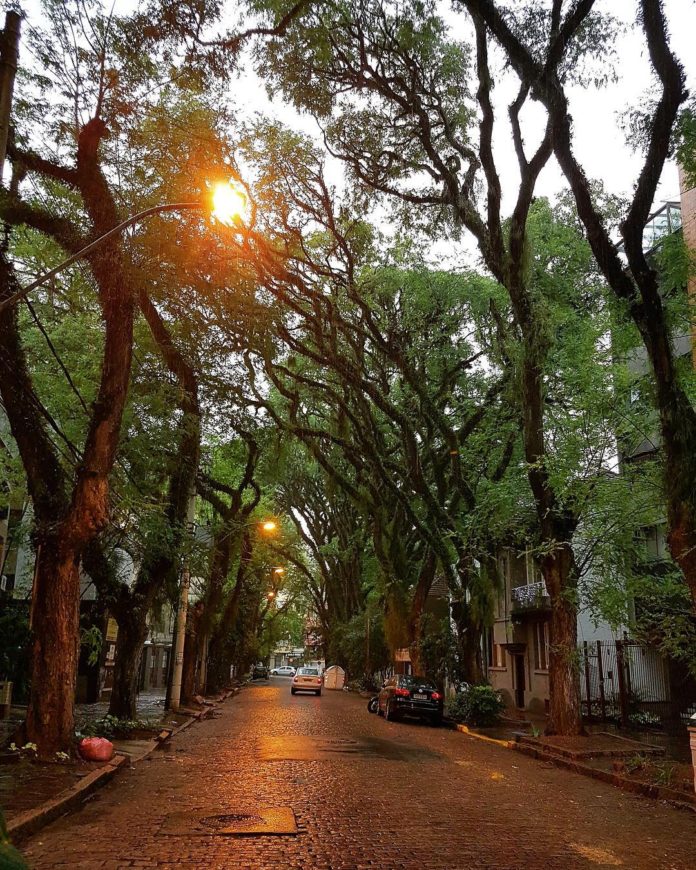 Located in the middle of Porto Alegre, the busy metropolis’s stunning avenue is often mentioned as an example of one of the planet’s most spectacular streets. Featuring tipuana trees dating back to the 30s, the street forms a verdant green pathway smack in the middle of a concrete jungle. An impending mall construction threatened to rock the natural beauty of the street, when local residents took matters in their hand and approached the local mayor for action. The street today is designated a cultural, natural and historical heritage that remains untouched by development. 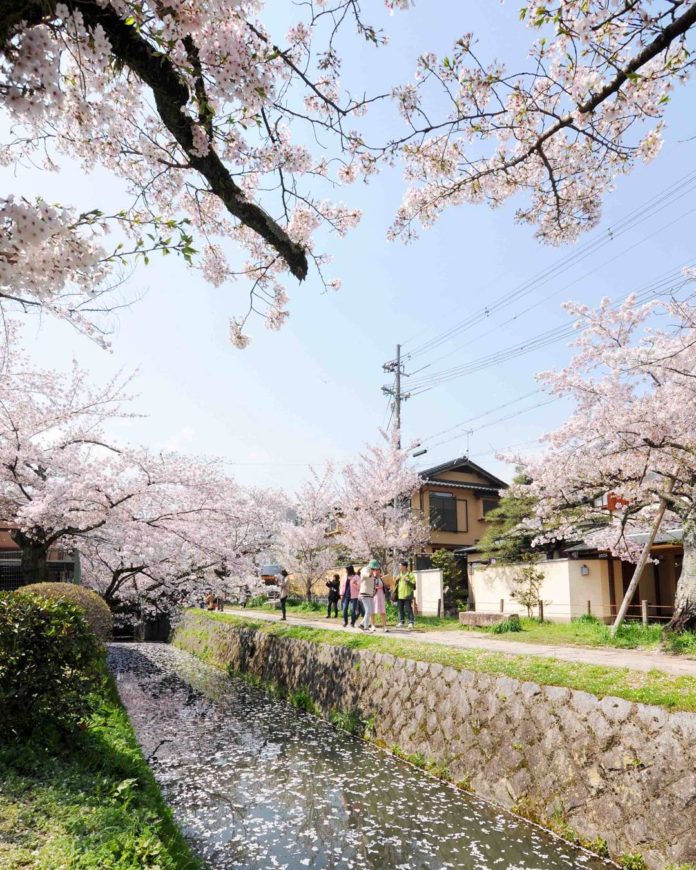 Located some 280 miles southwest of Tokyo, Kyoto is one of the most beautiful cities in the Far East. As the former capital of Japan, the city has many cultural gems. But it is the natural scenery that brings many tourists to the bustling city. The Sagano Bamboo Forest, for example, consists of pathways that look too beautiful to be true. On sunny days, the rays of light come through the densely packed plants, creating an unforgettable experience.

Alongside the canal that runs between Ginkaku-Ji and Nanzen-Ji, the Philosopher’s Walk is Japan’s most picturesque street, thanks to the cherry trees which crowd both banks.

It’s best seen during sakura, cherry blossom, the season which tends to start in early April and lasts for around two weeks. The path is named after Nishida Kitaro, the philosopher who meditated on this route daily. 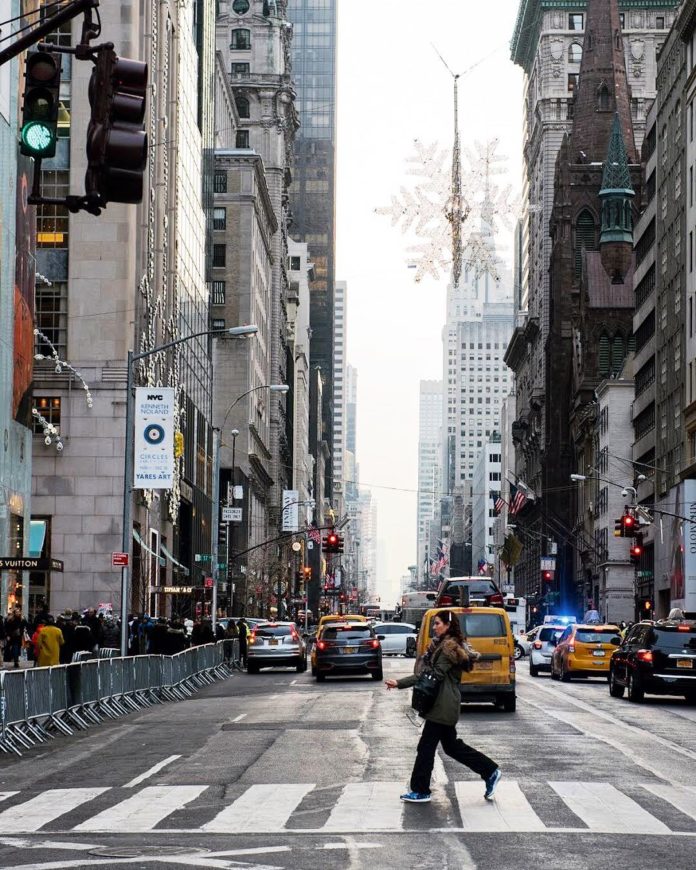 This one needs no introduction whatsoever. Fifth Avenue is a major thoroughfare in the borough of Manhattan in New York City. It stretches north from Washington Square Park in Greenwich Village to West 143rd Street in Harlem. It is considered one of the most expensive and elegant streets in the world.

From Saks to fashionable boutiques to charming vintage stores, there’s just no stopping the inner shopaholic. Don’t even get us started with the absolutely dazzling shop window displays. Less is not more here! 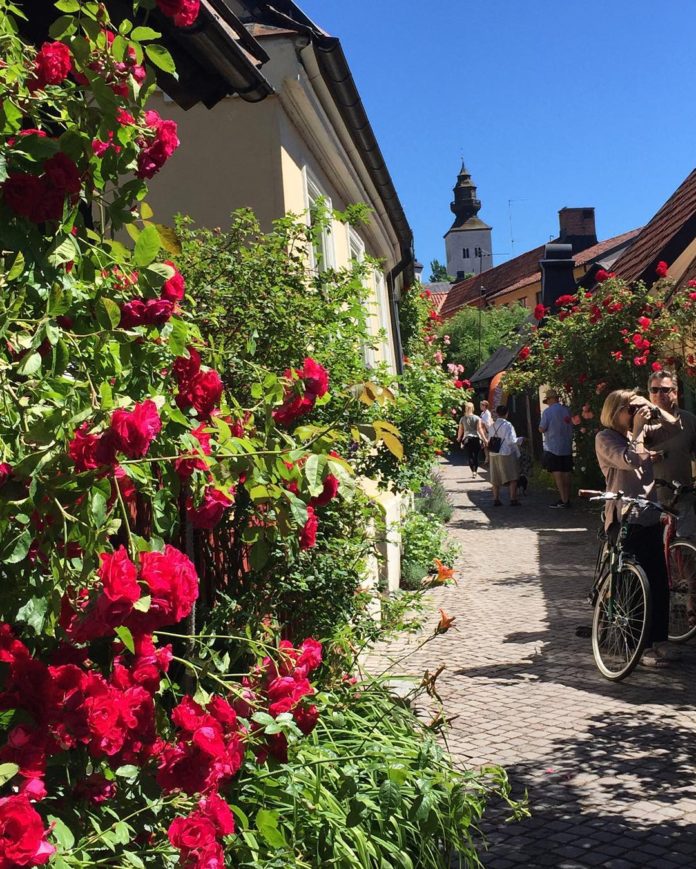 Fish Alley (Fiskargränd) is a street of Visby and it is one of the most photographed streets in Sweden. The area where Fiskargränd lies is popularly called “Fish root” from the 1600s onwards. Fiskargränd, adjoining neighborhood fishermen, has been used as a street name since the 1750s. Climbing roses, among other plants, were planted in the early 1940s.

In December 2004 there was a citizen proposal that Fiskargränd be renamed to Rose Alley. The person wrote, “that there are no fish there, but there are at least a thousand roses.” The proposal was rebuffed by the Municipality of Gotland, which did not see enough reason to change the name. [link]