Known as the city of lights, when you think about it, you may think about lavender fields, the French Riviera, croissants, but probably you didn’t know these interesting facts about France.

The story of Eiffel Tower

We start our France facts with its symbol, the Eiffel Tower.  Built for the legendary 1889 world fair, the tower was seen as a useless monstrosity that will ruin the beautiful landscape of Paris and was promised to be taken down 20 years later.  Fortunately, the radio waves become a thing by then, and the Eiffel Tower received an antenna that could transmit waves to over 6000km (3700mi), which made it quite useful and ultimately saved it from dismantling.

The croissant was actually invented in Austria.

This pastry actually began its days in Austria. The kipferl – ancestor of the croissant, born in the coffee shops of Vienna in the 13th century – was the original crescent-shaped morning sweet. Made of a denser and less flaky dough, the kipferl later crossed the border to France and became the famous croissant.

Half the world’s roundabouts are in France

Over half the world’s traffic roundabouts are to be found in France, which, with more than thirty thousand roundabouts, has more round points than any country in the world. 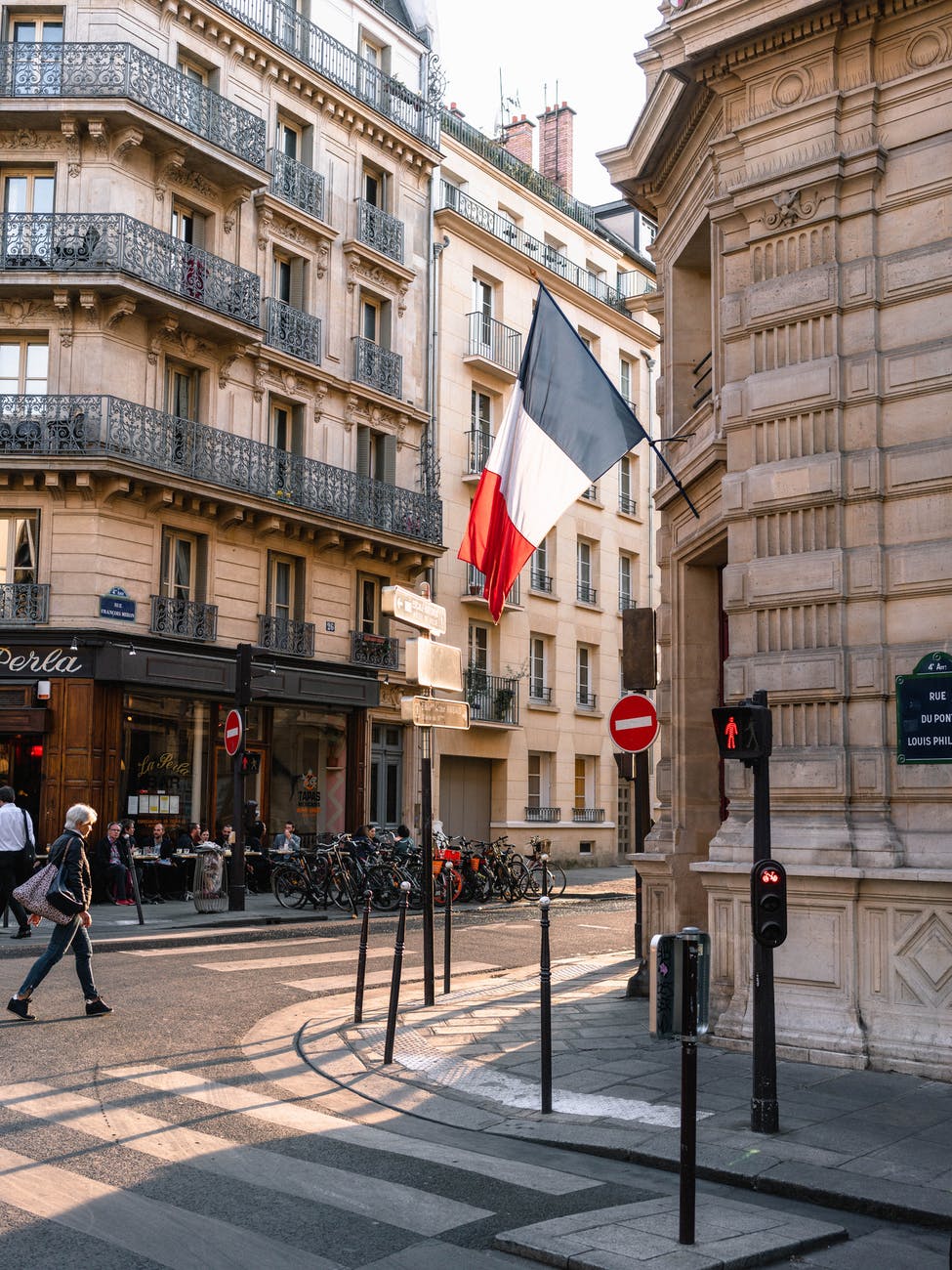 You can commit “intellectual infidelity”

Under French law, infidelity can be “intellectual” as well as physical. In other words, excessive smoking, playing too much soccer, spending too much time with the local bishop, and phone sex can all be grounds for divorce.<

In France, it is possible with the permission of the president, to marry a dead person. Posthumous marriage originated in the 1950s when the fiancée of a man killed after a dam burst in the town of Fréjus applied to the then-president, Charles de Gaulle, to carry through the couple’s marriage plans and was granted permission. Since then, applications have been made, and succeeded at various times, for posthumous marriage under this law.

The world’s first department store was in Paris

The world’s first department store was founded by Aristide Boucicaut in Paris, in 1838. The store, Le Bon Marché, became a center for innovation and the development of modern shopping concepts including advertisements, browsing, and fixed prices. Boucicaut has been hailed as a genius, introducing the nineteenth-century middle-class woman to the fantasyland

Prostitution is legal, but buying the services of a prostitute is illegal

So if you get caught, only one of the 2 people will be in trouble. 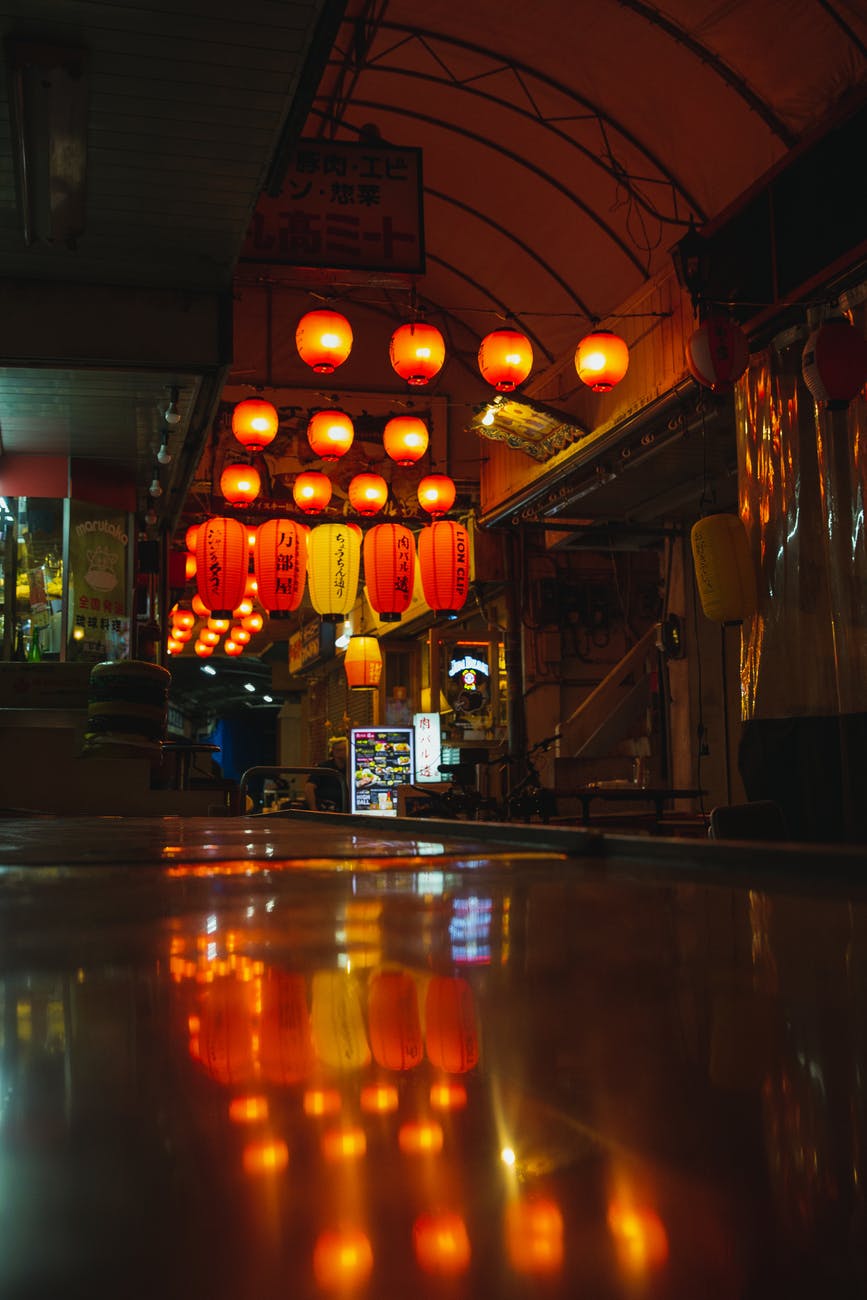 It is quite common to have an entrée (most of the time, a salad, or even just plain lettuce with dressing), then the plat (main dish), followed by the fromage (cheese) and then dessert, which in most cases will be a fruit or yogurt. And of course, bread that goes with everything.

The law states that the traditional baguette can be made only with four ingredients: wheat flour, water, salt, and yeast, can’t be frozen or contain additives/preservatives, and have to be sold at the same place it’s made.

The Tour de France cycle race has been running for over 100 years.

The world’s most prestigious cycling race was first held in 1903. It has run every year since, save for the two world wars. In 2020, the race was delayed due to the coronavirus pandemic – but it still went ahead!

The Louvre in Paris is the most visited art museum in the world.

In 2019, a record 10.2 million people visited Paris’ Louvre Museum – it’s been suggested that a Beyonce and Jay-Z video filmed in the museum helped boost visitor numbers. 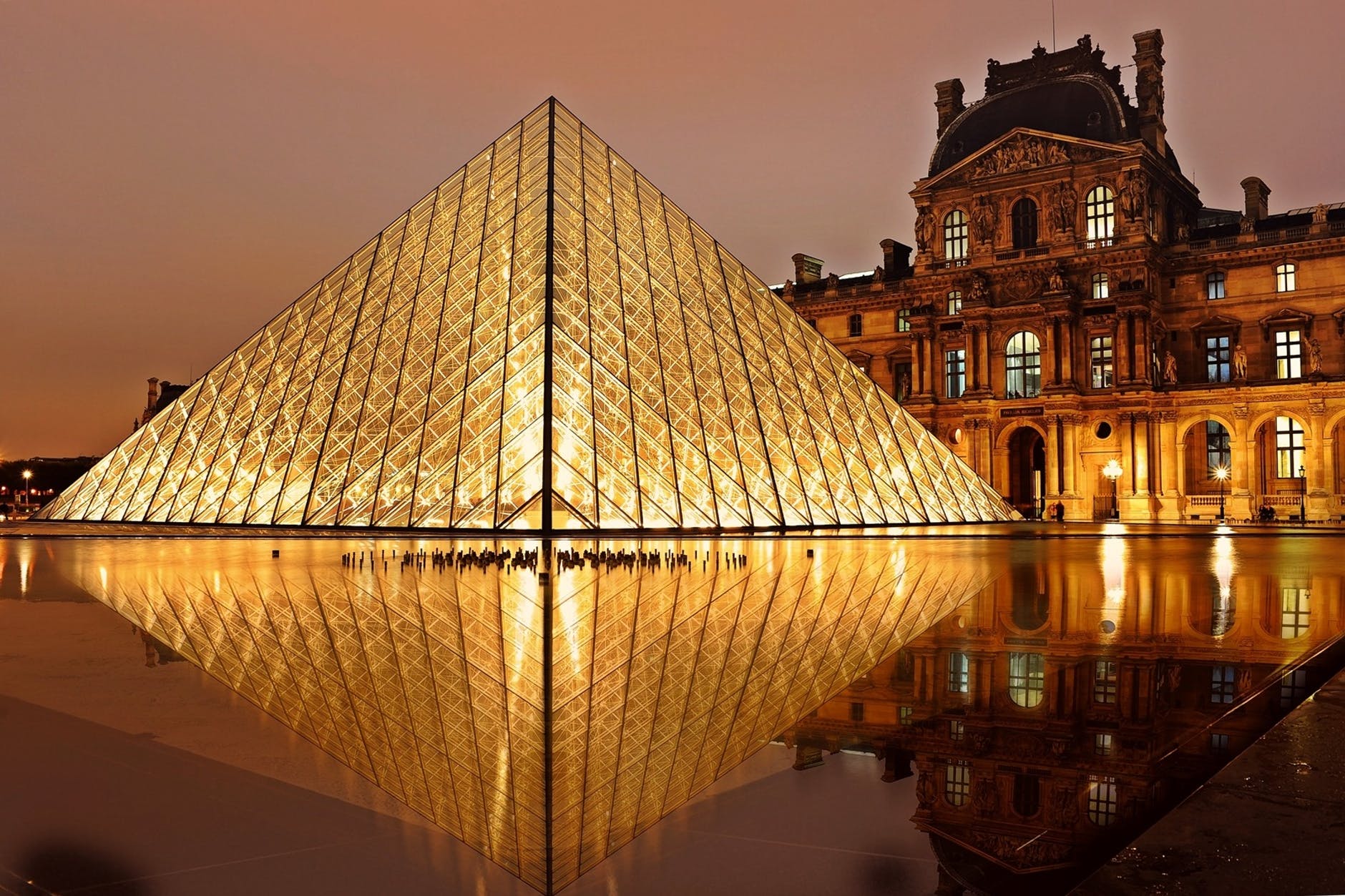 France is the largest country in the EU.

France has a land area of 547,000 square kilometers, making it the largest country in the EU.

France has won the most Nobel prizes for literature.

Since French writer Sully Prudhomme won the first-ever Nobel Prize for Literature in 1903, the country has taken the accolade a further fourteen times (the USA and Great Britain come in second with twelve prizes apiece). The winning writers include Jean-Paul Sartre, who won the prize in 1967 but declined it. He described his reasons for declining the prize as being both “personal and objective”.

There are over 400 kinds of cheese made in France.
Move over, snails. The French are the highest consumers of cheese on the planet, with almost half the population eating the stuff on a daily basis. And that means hundreds of different types of cheese produced on home soil, with some seriously good produce. 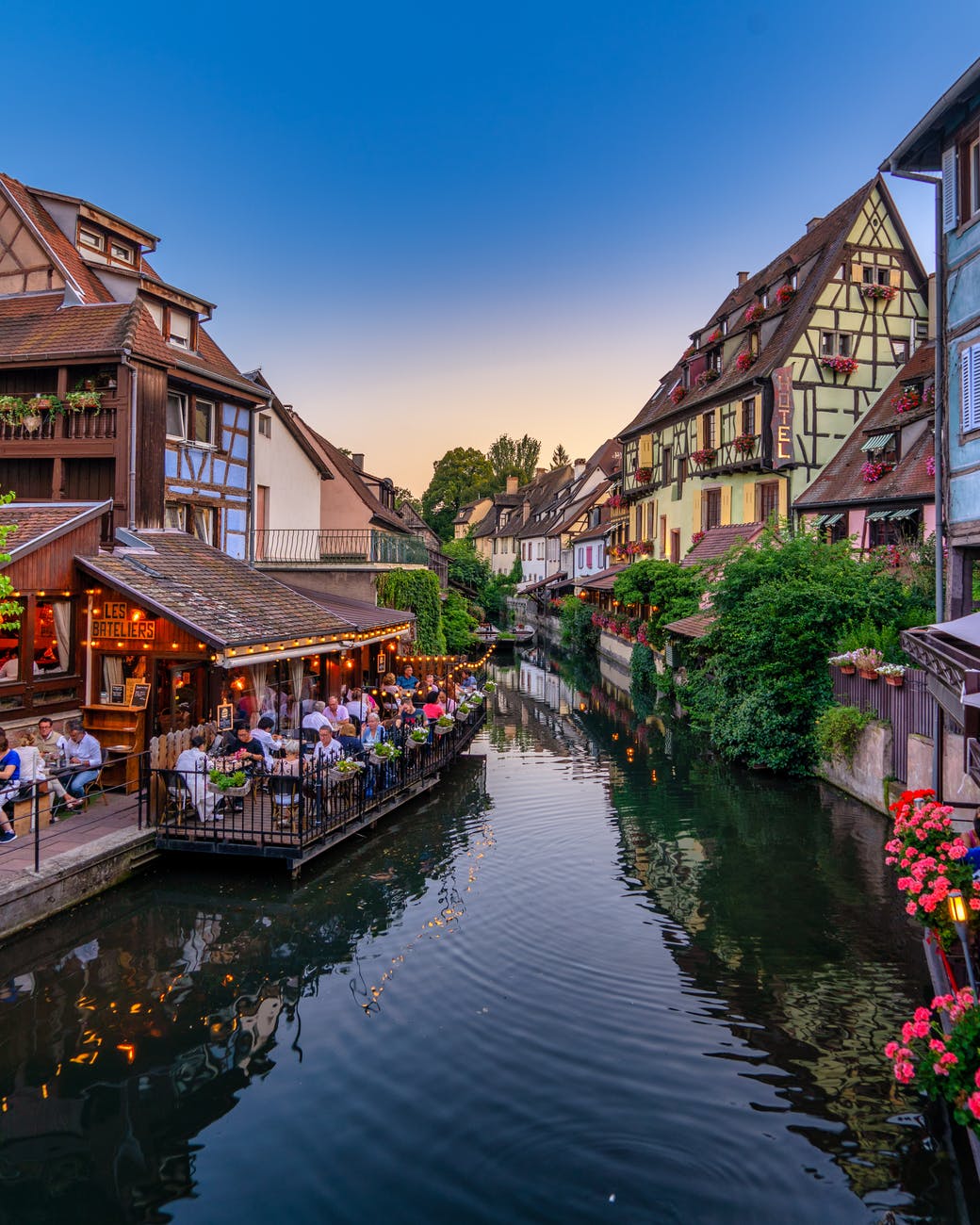 The French consume 11.2 billion glasses of wine per year.

Wine is the tipple of choice in France, accounting for almost sixty percent of the country’s total alcohol consumption. The population’s penchant for a glass (or two) of wine might have something to do with the fact that France is one of the world’s biggest wine producers, creating some of the best varieties on Earth.

French was the official language of England for about 300 years

After William the Conqueror led the Norman conquest and subsequent occupation of England in 1066, he introduced Anglo-Norman French to the nation. This was spoken by royalty, aristocrats, and high-powered officials, some of whom couldn’t speak any English! In 1362, however, parliament passed the Pleading in English Act, making English the official language of government because Norman French was used for pleadings, but was largely unknown to the common people of England, who had no knowledge of what was being said in court.

The greatest fully authenticated age to which any human has ever lived is 122 years and 164 days. Jeanne Louise Calment was born in France on 21 February 1875 and died on 4 August 1997.

France has 44 UNESCO world heritage sites, including this status for French gastronomy awarded in 2010

France is famous for its’ exquisite food, which was added to the list of the intangible cultural heritage of humanity by UNESCO in 2010. Experts described the importance of French gastronomy as a social custom aimed at celebrating the most important moments in the lives of individuals and groups, as well as emphasizing togetherness for its function of bringing friends and family closer together and strengthening social ties.

The popular tradition actually originated in France with the marriage of Anne of Brittany and Louis XII of France in 1499. She wore a white dress to the wedding, marking the start of the popular Western custom. However, it wasn’t until 1840, when Queen Victoria married Prince Albert, that the white dress really took off in popularity and the tradition was cemented. 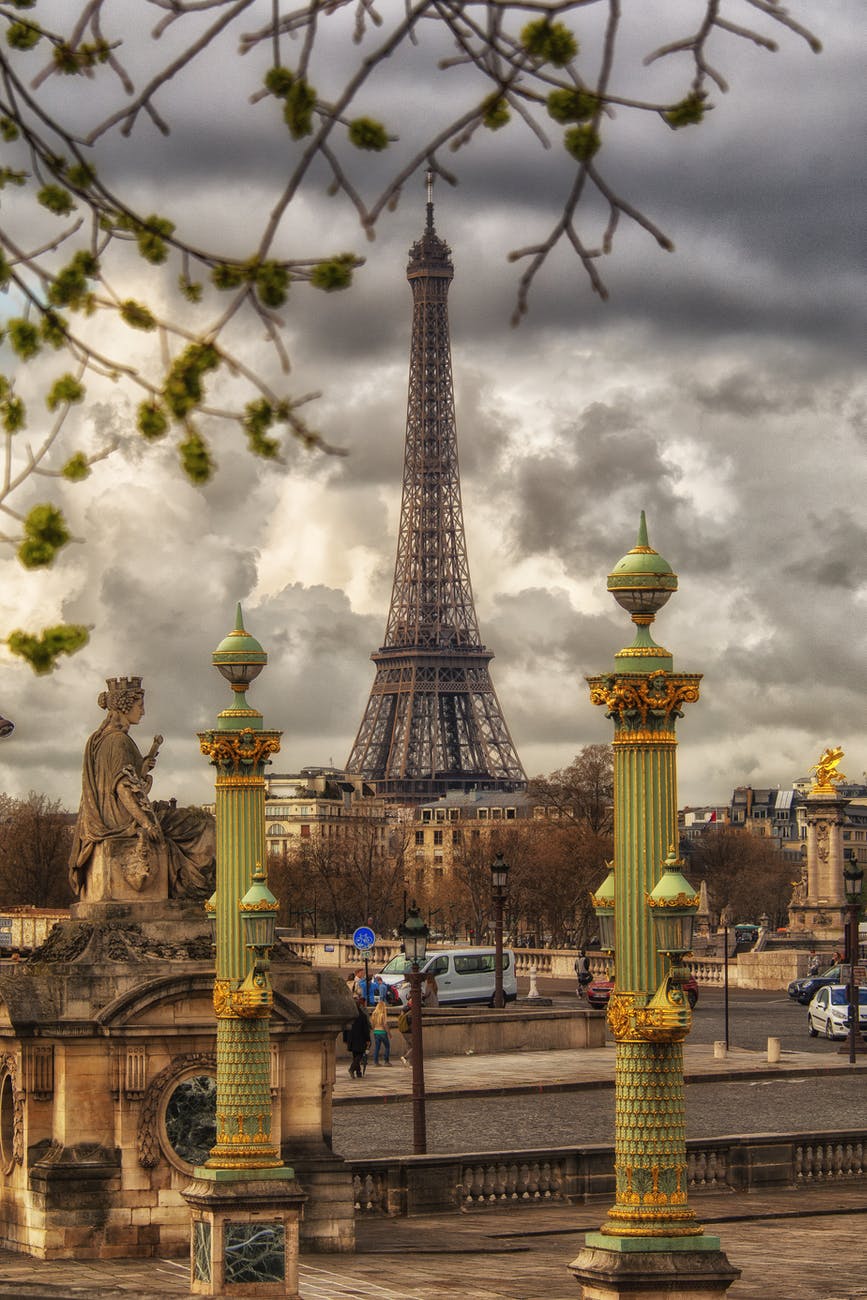 With twelve time zones, and due to its various territories around the globe, France is the country with the most time zones in the world. Before the United States and Russia (eleven time zones each).

The French army is the only one in Europe that still has carrier pigeons in its ranks. They are kept at the Mont Valérien close to Paris, these pigeons can be used to carry out transmissions in case of a major catastrophe.