For many fellow travelers, “experiencing another culture,” means something far different from visiting museums, archeological ruins, and national monuments. While trying to visit the Pyramids and Colosseums of the world, these ancient icons do little in the way of illuminating the culture in another country. It is precisely everyday life—modern, messy, and malleable–that often interests me most.

While we have the potential to positively impact the places we visit—infusing money into local economies, supporting conservation projects and local artisans, and building bridges across cultures, we also run the risk of destroying the very things we love.

The Adventure Travel Trade Association’s “20 Travel Trends to Watch in 2018” report warns that “adventure destinations, often located in fragile environments and with less built infrastructure, need to pay attention to the dialogue around preventing and managing overtourism, because the destruction of the world’s most pristine and special places is irreversible.”

Rather than being part of the problem, travelers can actively support solutions. One of the easiest ways to help protect popular sites and alleviate the pressure of overtourism is to abandon the beaten path and opt for alternative destinations. And here we give you a few great options to do that. 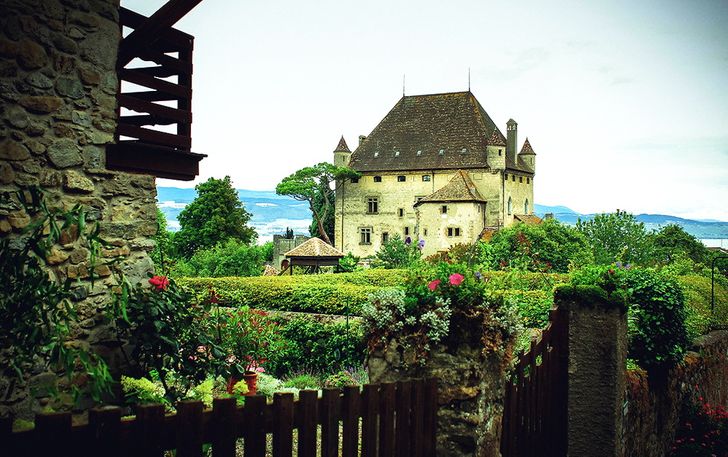 This colorful Yvoire village is more than *gasp* 700 years old. Regardless of all the fierce battles that had taken place here and the natural disasters it’d gone through, the village has nonchalantly preserved its historic appearance in the face of these testing conditions and time.
In this quiet village by the banks of Lake Geneva, you will find an ancient castle built by none other than Count Amadeus V of Savoy. You will have the chance to experience the long quiet walks down the cobbled streets, admire the sturdy yet elegant architecture and meet the charming villagers. All in all, the whole place is simply magical. No wonder Yvoire has been awarded its rightful place amongst the most beautiful villages in France. C’est vraiment assez beau! 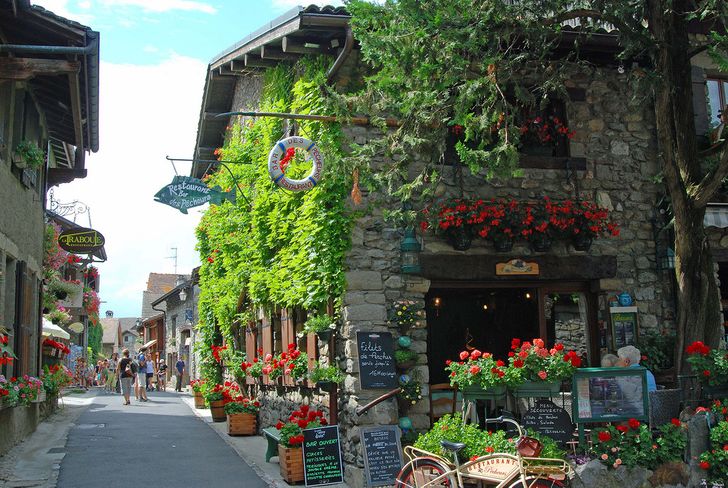 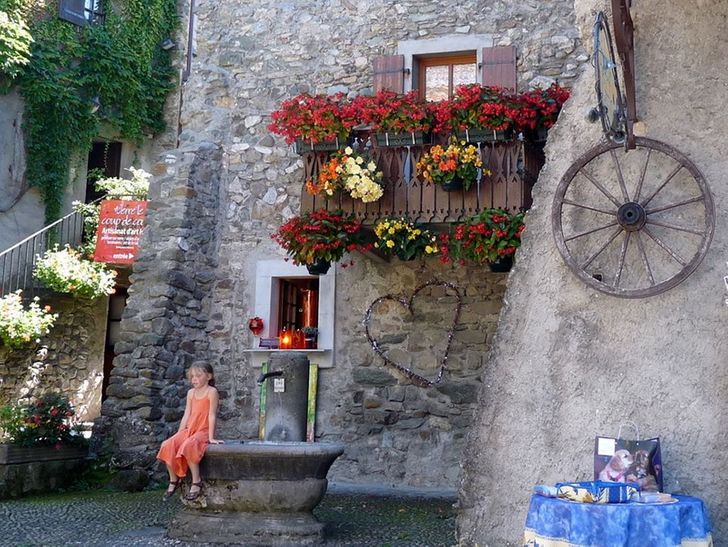 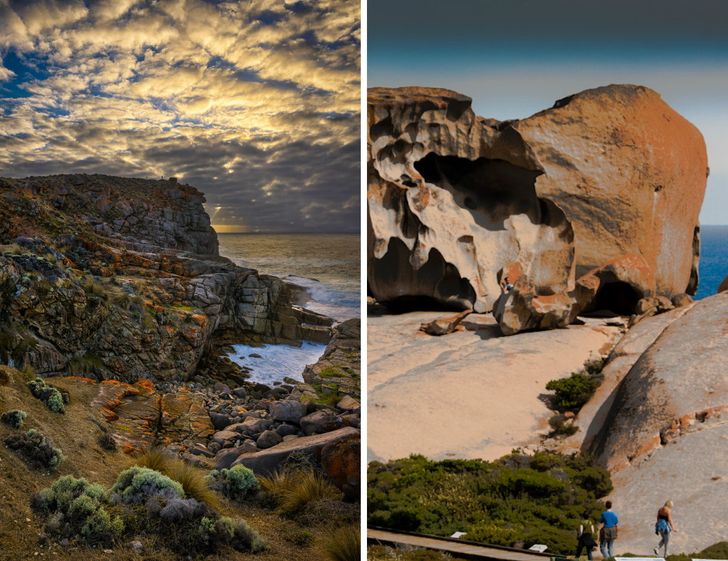 Kangaroo Island is a dream attraction for both children and adults. One third of the island’s territory is occupied by its nature reserves and national parks. You will be impressed by the grandiose scenery on the background of the giant cliffs and green meadows. If you decide to take a walk here, you can easily meet kangaroos, lizards, koala bears, platypus, and lots of different bird species – fairy penguins, black cockatoos, barn owls and so many more. If you take a boat tour, you may also happen to come across some playful dolphins and seals. Australia is, beyond doubt, one the most diverse and beautiful countries of the world. 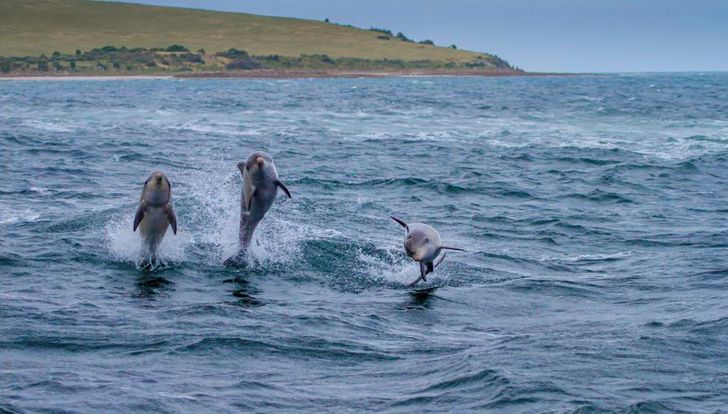 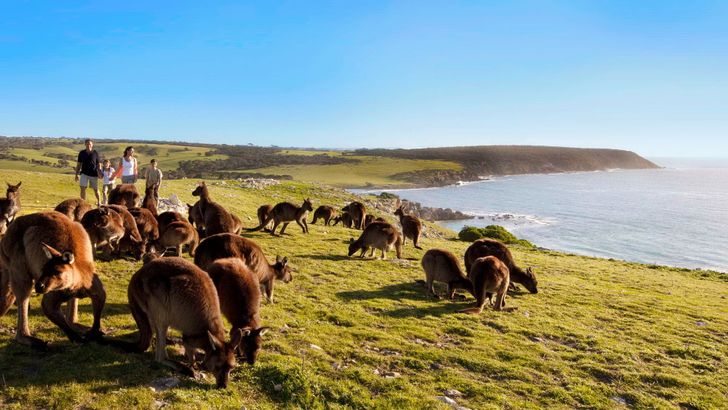 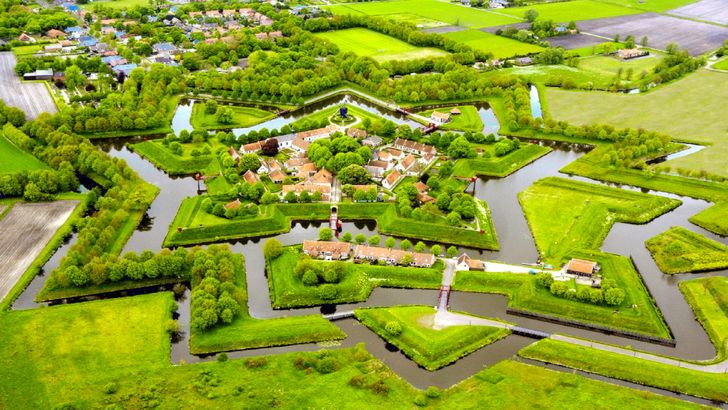 Fort Bourtange, also known as ‘Star Fort’, is located in the Netherlands. It was built during the ‘Eighty Years’ War, a Dutch War of Independence against Spain. The architects of that time came up with a whole new type of fortification to protect the fort against direct artillery fire. The war ended with a Peace of Münster treaty, after which the fort was abandoned. Some time later they returned to the fort in order to strengthen the bastion and expand its territory. Henceforth, starting from the 19th century the Star Fort belongs to the local community. So the next time you find yourself in Groningen, take the Bourtange tour; not only is it a good food for thought, but you can also let your eyes feast upon the marvelous scenery surrounding it. 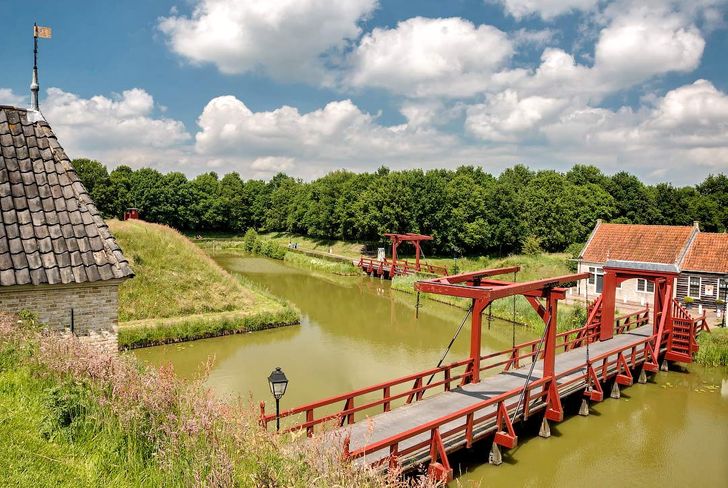 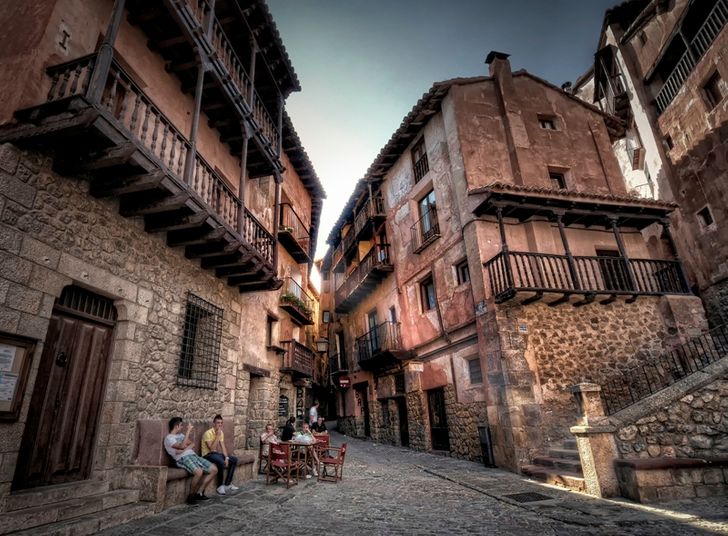 Spanish writer and philosopher, José Ortega y Gasset once described Albarracín as “the city that thrusts its astonishing silhouette into the heights.” This city is also often called the “pink city”. Such a beautiful name was given to Albarracín under the Muslim rule. On the outskirts of this pink-hued medieval townyou will get to marvel at the emerald green meadows and sapphire blue rivers. What’s more, you will find the 18-kilometer-long aqueduct, built all the way back during the Roman age. Take a long walk down the ancient street somewhere in Albarracín and let yourself feel the true atmosphere of the past. 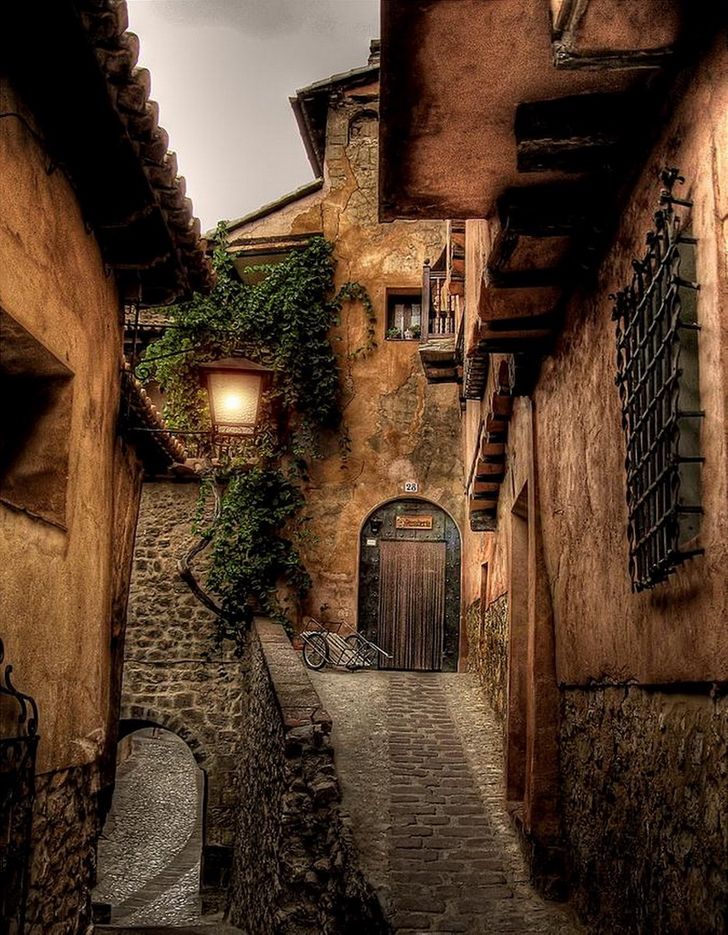 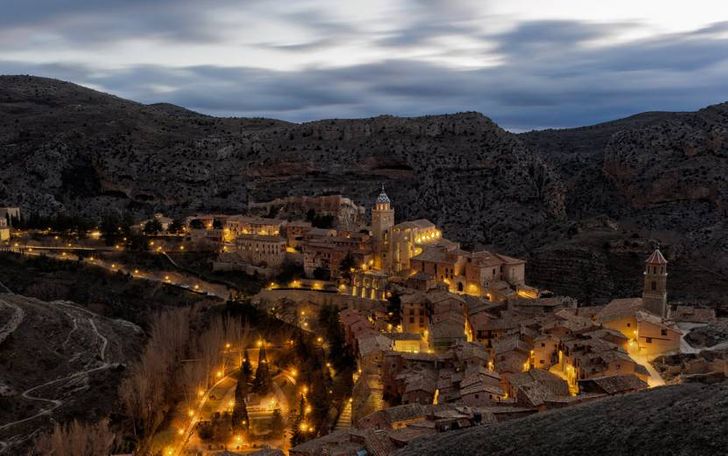 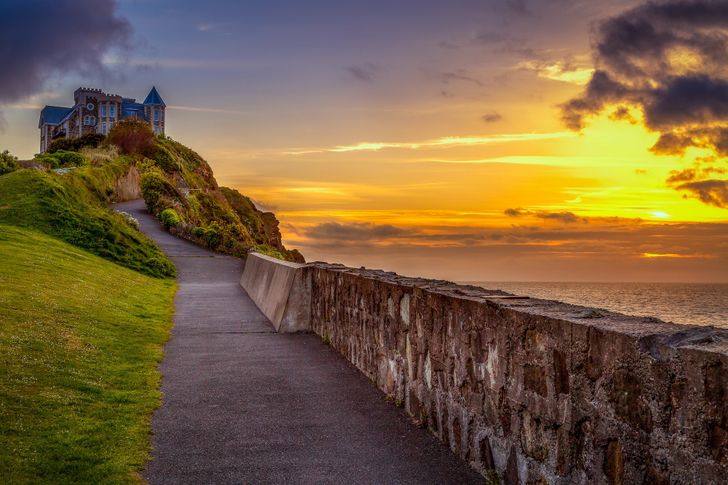 Devon, archaically known as Devonshire, is a picturesque county in England, spanning all the way from Bristol Channel in the north to the English Channel in the south. Devon gets its name from Dumnonia, which was the homeland of the Celtic Britons. Nowadays, Devon is a popular destination for recreation and leisure, although you may still find some remote fishing villages and ports almost untouched. Devon is the home county of the great mariners – Sir Francis Drake and Sir Walter Raleigh. The ‘queen of crime fiction’ Agatha Christie was also born in Devon. By the way,just so you know, all the events described by Sir Arthur Conan Doyle in his ‘Hound of the Baskervilles’ also took place in Devon as well. You will see the other side of the coin – see England in its ‘natural habitat’ with its harsh winds, picturesque landscapes, old-bordering-on-mystical houses and alleyways. 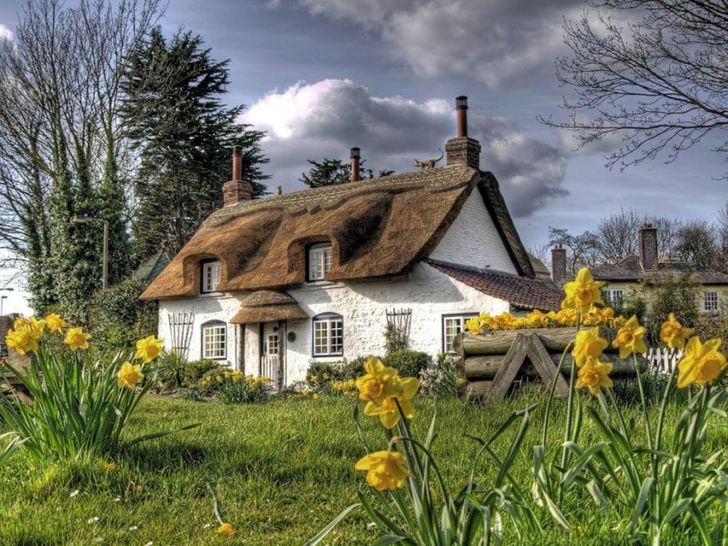 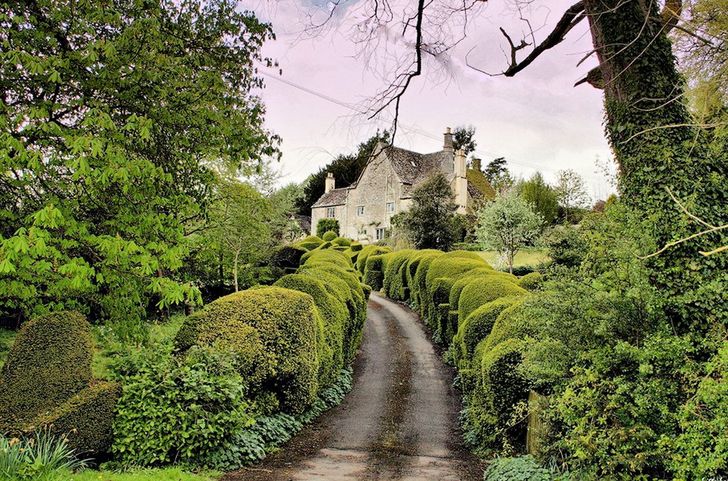 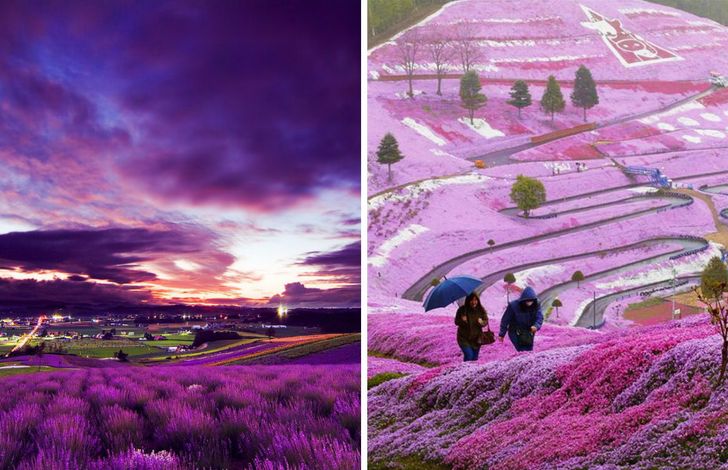 If you’re lucky enough to visit Japan, do visit the island of Hokkaido. The Japanese perfectionists created some seriously impressive tourists attractions: Unkai Terrace on top of the mountain, lavender fields, ski resorts and the Blue Pond. Here you can meet an incredibly sweet ezo momonga, a.k.a. a flying squirrel, who only resides in Hokkaido. Moreover, you will be surprised that not only does the unlikely combination of modern technologies and nature not conflict with one another, but complete one another. 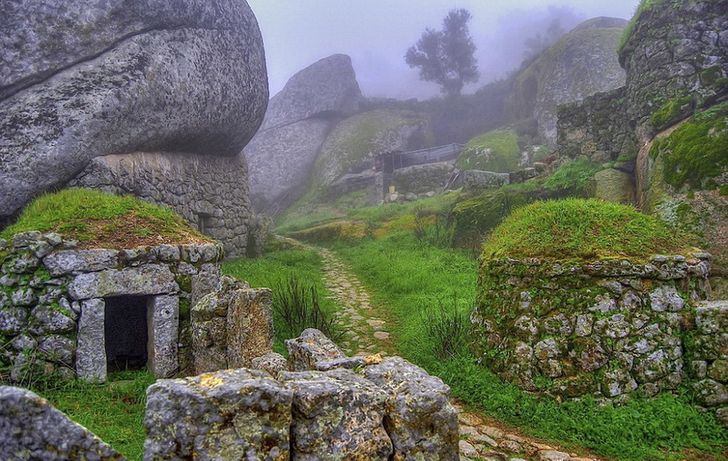 Monsanto is a beautiful small village in the Portuguese countryside. The whole village, so it seems, is carved from rock, which is the impression you get as you pass by the granite houses, squeezed between giant boulders. The views are simply stunning – mountains, green trees, tiled roofs, cobbled streets. Monsanto was once the center of Beira Baixa province, and the urban landscape has hardly changed since then. In 1938 Monsanto was bestowed the title of the most ‘Portuguese town in Portugal’. What a pleasure it is to carelessly roam its streets, occasionally stopping by a local restaurant under the boulder (so the next time anyone asks you whether you’ve been living under a rock, you might as well say you did!).

Fjaðrárgljúfur Canyon, located in the south-east of Iceland, is an incredible creation of mother nature. Look at this photo, isn’t it simply breathtaking? The canyon itself is a result of thousands of years of erosion, caused by the melting glaciers after the Ice Age. It is almost 2 kilometers long and up to 100 meters deep, and as the time went on, the canyon was being constantly carved and shaped by the Fjaðrá river. We guarantee that it’s no ordinary riverside tour – it’s an adventure! 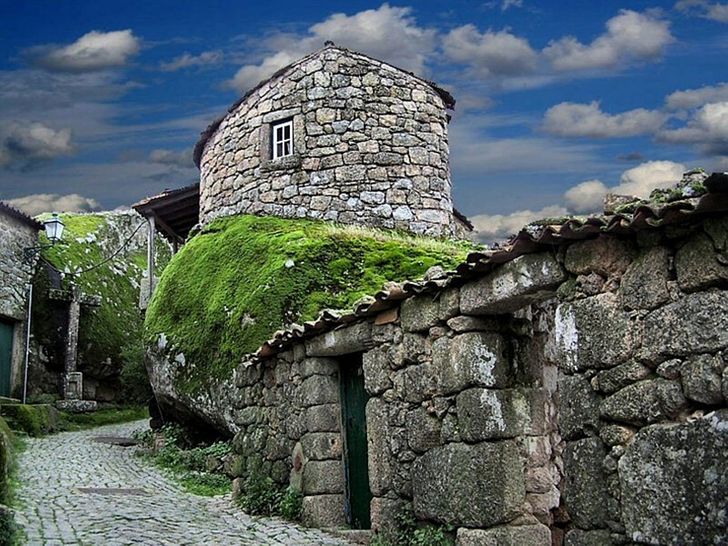 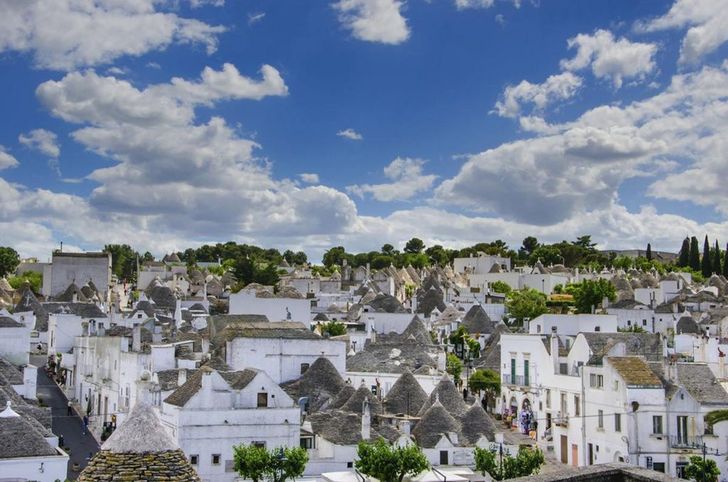 A small town of Alberobello is full of magical charm. Alberobello is famous for its unique trulli buildings, which are very popular among travelers. There are about fifteen hundred ‘fairy’ houses with conical roofs in the town, oh and by the way, they say that many of them are more than 7 centuries old! The town originally got its name from the Latin ‘Arboris Belli’, meaning ‘beautiful trees’. It is no exaggeration, saying that you will simply rediscover Italy in this small cosy town: sunny, welcoming, decorated by inspirational artists and, of course, by the nature itself. 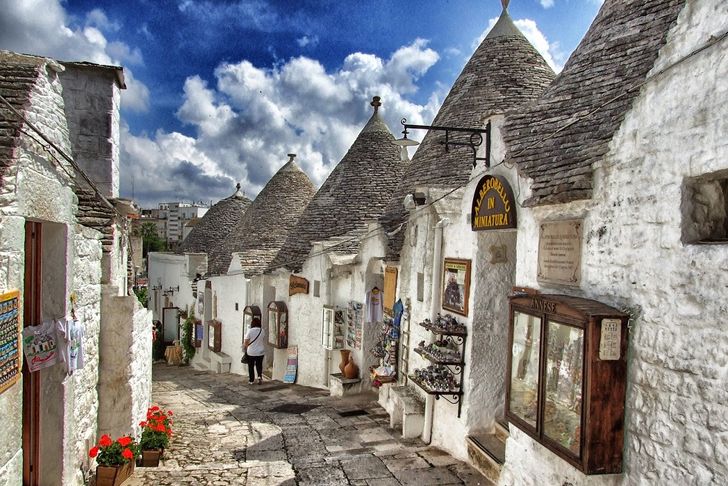 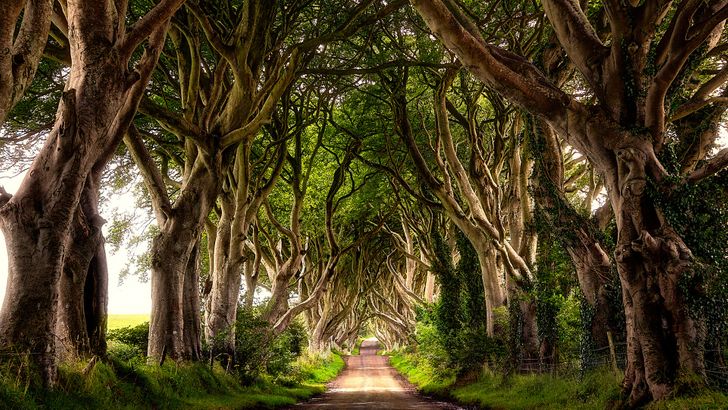 The Dark Hedges is an unusual, spellbinding place. It is located near the village of Armoy in Northern Ireland. This beautiful beech alley was planted by the Stuart family in the 18th century. The family’s intention was to decorate the entrance to their house, and of course, to impress their visitors and guests.Today the mansion has been successfully converted into a popular golf club. However, legend has it that one can still meet the ghost of the Grey Lady under the shadows of these trees… It must be said that locals adore their traditions along with the intriguing mysteries of the place. 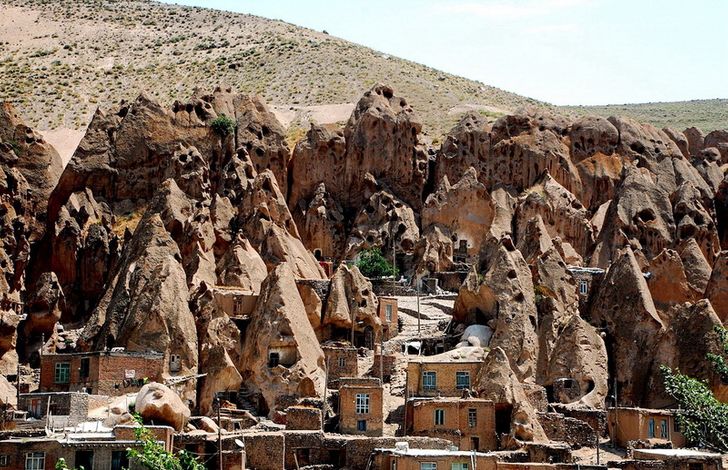 From a distance, the Kandovan Village looks very much like a giant termite colony. These are, in fact, manmade cliff dwellings which are still inhabited by almost one thousand people. Do not, however, be so easily tricked by their looks; the villagers are more than familiar with modern comfort. Kandovan was formed by the volcanic remains from the Sahand volcano eruption hundreds of years ago. The village itself, by the way, gets its name from the Persian ‘Kandoo-e Asal’ which literally means ‘beehives’. Once you’re there, you will definitely feel like a Persian fairy tale hero. Any Prince of Persia fans here, perchance? 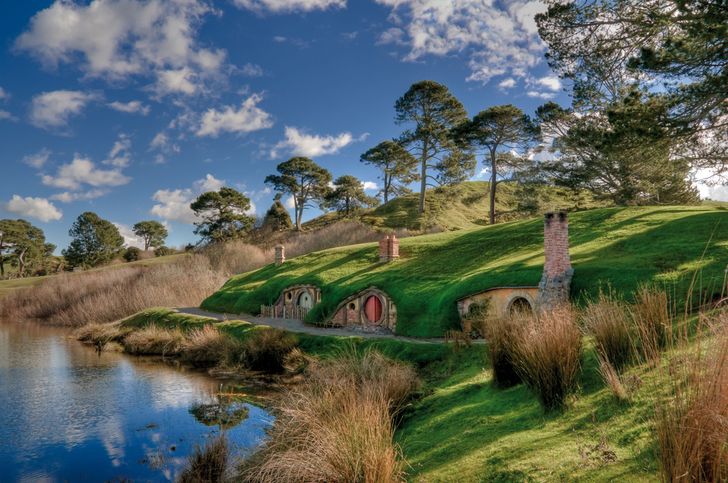 This fantasy village was originally a film set, built by the efforts of almost 400 people, for the filming of the famous ‘Lord of the Rings’ trilogy. After the filming had come to an end, the village remained empty for some time… Not for long though, as someone quickly got the idea to turn the Hobbit village into a full-scale tourist attraction! As soon as that happened ‘Lord of the Rings’ fans started flocking from all over the world just to get the chance to see the now-world-renown Hobbits Holes, Green Dragon pub, the Hobbiton mill and the double-arched bridge. Middle-Earth, here we come! 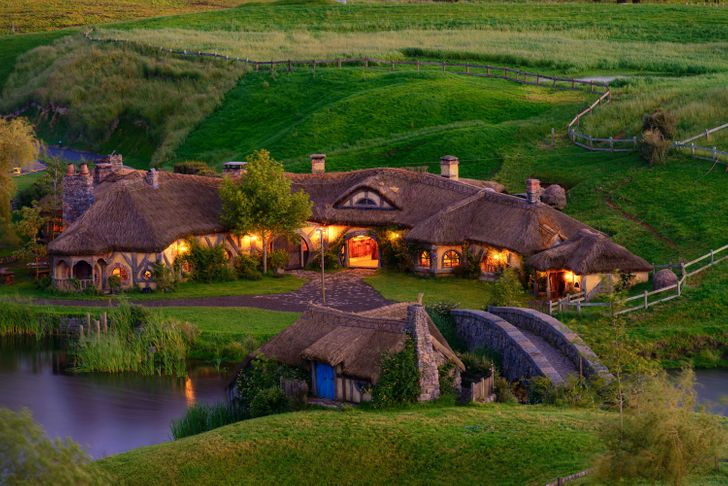 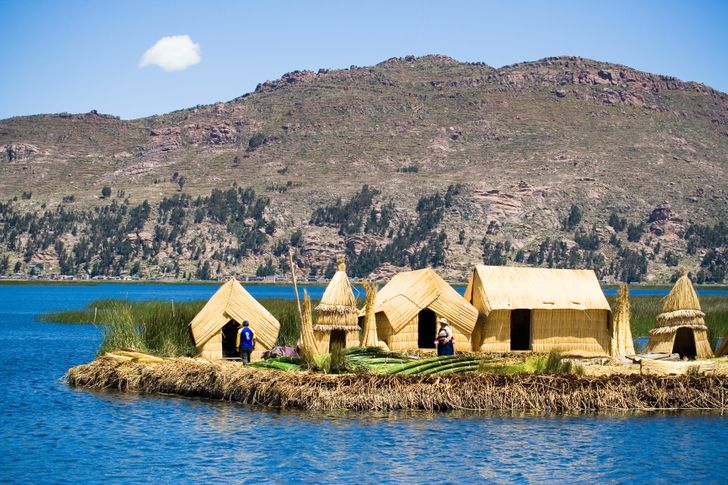 For the local residents, Lake Titicaca is a highly sacred place. The name itself comes from the Quechua language, spoken by the Incas, and means “rock of the puma”. According to scientists, millions of years ago the now-lake was an ancient sea; in fact, its waters are still inhabited by certain ocean fish species, crustaceans and even sharks. About 300 rivers feed into Titicaca. At times, you can even spot unusual floating islands made of reeds, inhabited by the Uru Indians. They live a very simple, tranquil life with no major changes over the last century. One may even think he has just traveled back in time. What a time-space-culture shock! 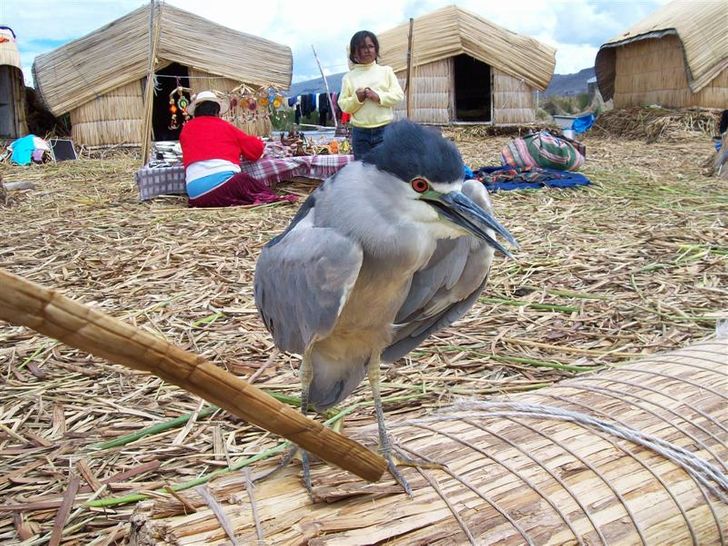 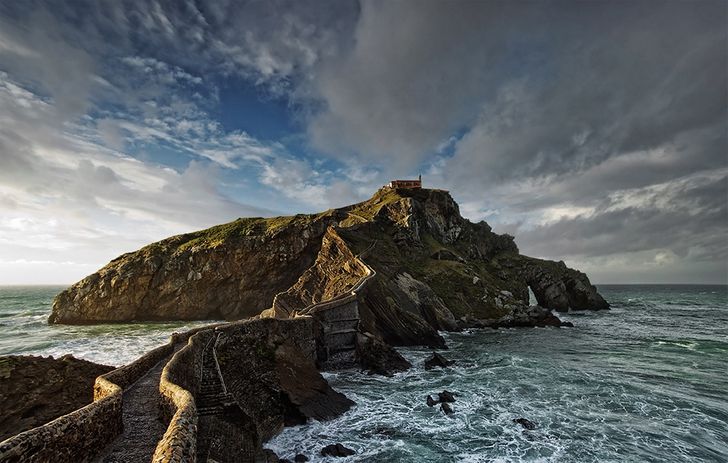 San Juan de Gaztelugatxe is an island on the coast of Biscay. It’s connected to the mainland by a narrow man-made bridge of 237 steps. There is a tiny church at the top of the islet, dedicated to John the Baptist, who is believed to have had set foot on the island in the 10th century. You will certainly remember the splendid scenic views and the breezy water splashes of clear azure waves. That and the fresh breeze will undoubtedly fill you with its magical energy. 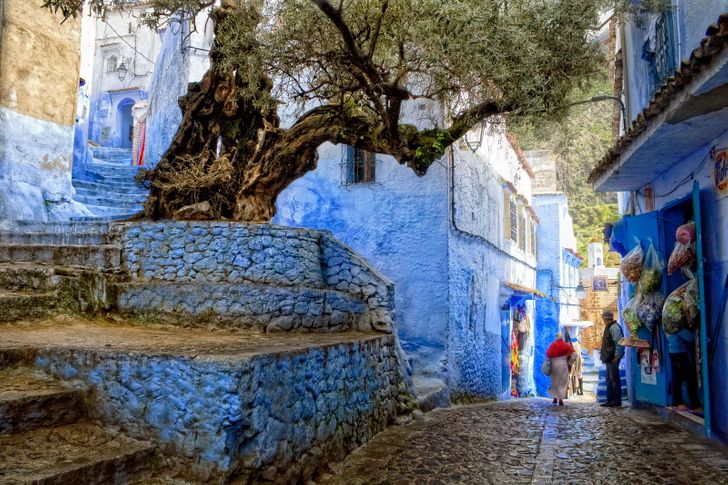 The ‘Blue City’ of Chefchaouen is magically perched beneath the raw peaks of the Rif mountains. The epic mountain scenery, beautiful landscapes, ancient architecture… Everything here is a pure work of art. The main attractions, however, are the buildings that come in all shades of blue: from teal to cobalt to sapphire. It is a place of such divine beauty, that the minute you arrive will send you running to the nearest fountain in order to toss a coin in its rippling pond and make a wish to come back here again. And again. 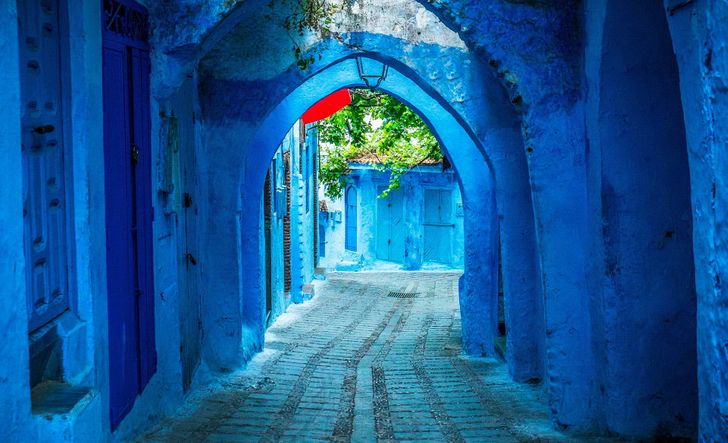 These 20 Amazing Images Look Like They're Photoshopped, But They Actually Are Real Previous post
The World's Scariest Roads That Will Leave You In Awe (20 Pics) Next post
We use cookies to ensure that we give you the best experience on our website. If you continue to use this site we will assume that you are happy with it.OkPrivacy policy