Suppose you have been on holiday, especially during the summer, when everyone and their grandma is booking that summer vay-cay. In that case, you may know the struggle of finding an unoccupied sunbed next to a pool to get that sweet brownish-looking tan. Otherwise, how else would everyone know you’ve been on holiday? Finding a few spare sunbeds next to each other is even more of a mission: absolutely impossible if you’re traveling with a group of friends or a family.

You perhaps also had a glimpse of happiness when you saw an empty-looking sunbed with no human laying on it. Oh, wait, someone has left a towel on it. I guess it’s occupied. Never mind. Many people use this technique of leaving their towel on a sunbed to “reserve” the spot. Not necessarily because they have gone to the loo or are chilling in the pool. Sometimes they are not even by the pool. Or in the hotel.

For this reason, many hotels have a policy, if you can call it this way, of “no sunbed reservation.” Meaning that you cannot simply throw your towel on a sunbed and go about your day and come back when you wish to. Recently, a TikTok video went viral after a woman filmed how the hotel staff collected all the towels and people’s personal belonging when their ‘occupiers’ were not around. And people had a lot to say about the video that gained so much global attention.

Some travelers think they can simply reserve their spot on a sunbed by leaving a towel on it, but this resort in Tenerife is not playing games about their rules 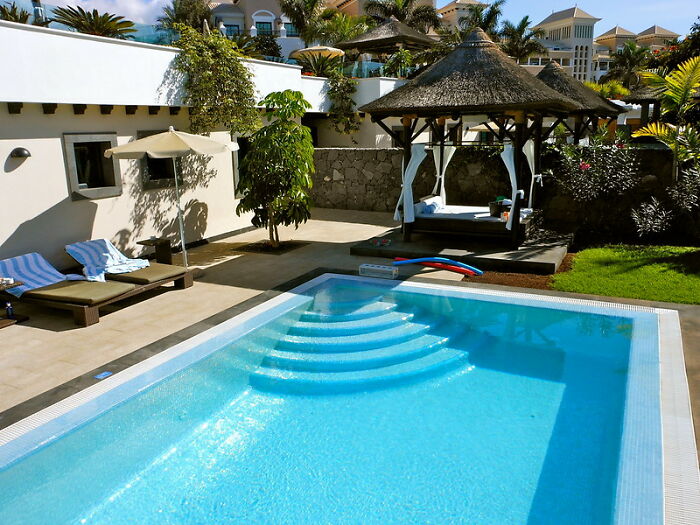 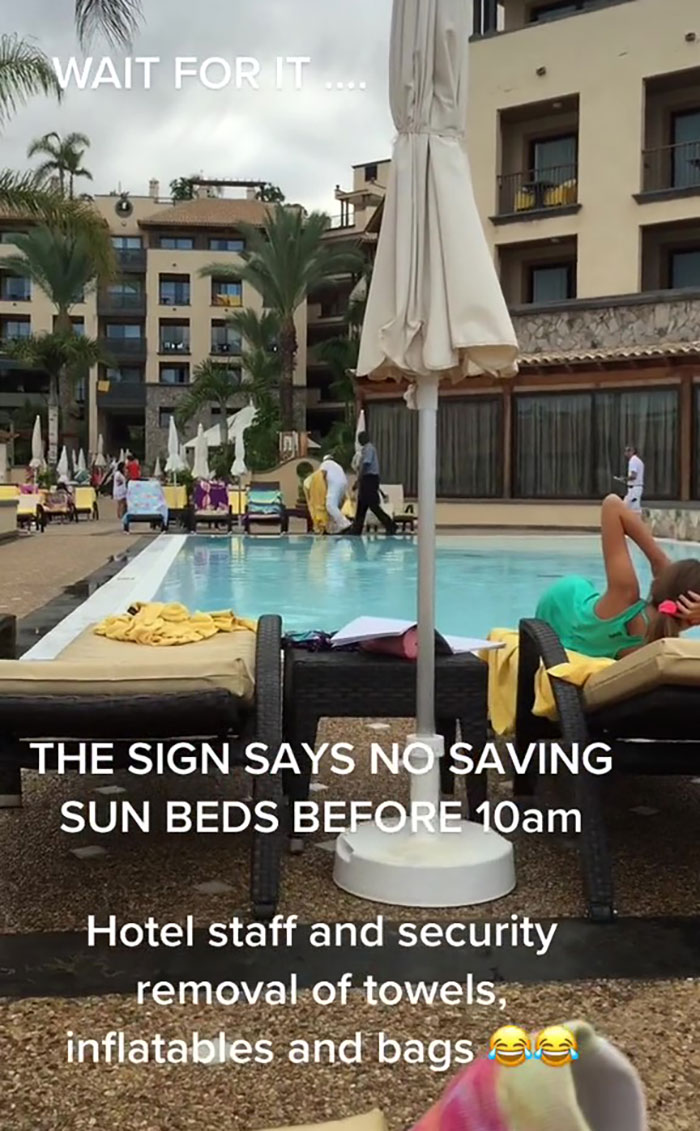 Even though it is against the rules to “reserve” a sunbed before 10 am at the GF Gran Costa Adeje Hotel, people still do it 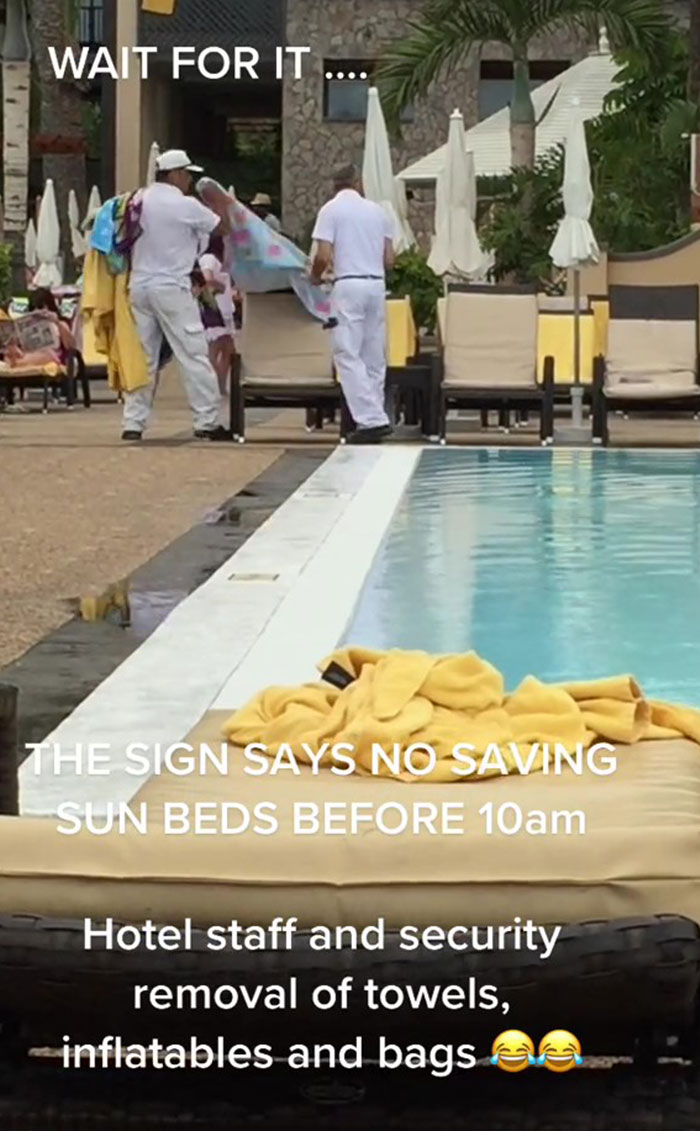 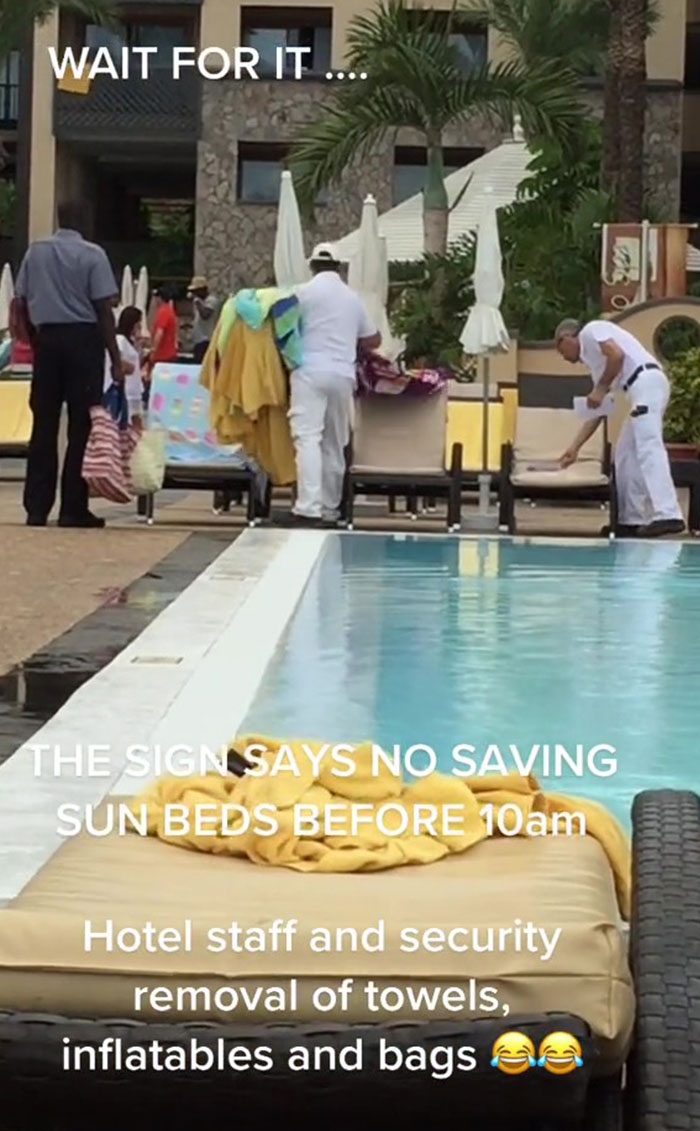 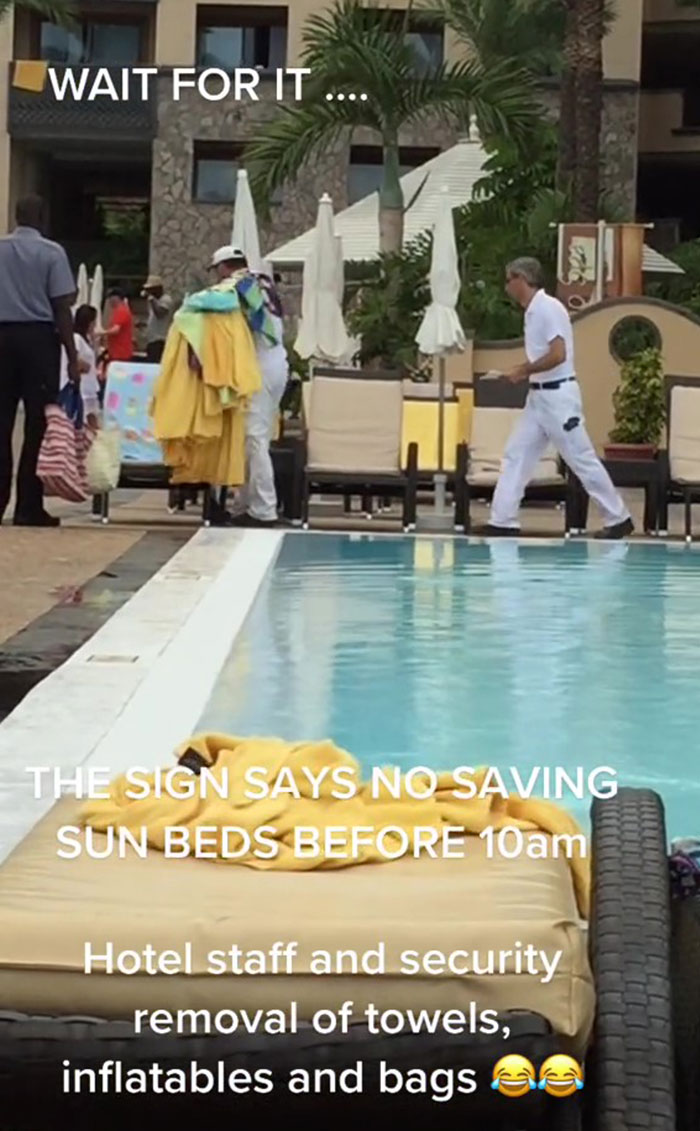 The employee seemingly vanishes in the towel stack on his shoulders, suggesting that many people employ this “reservation” tactic 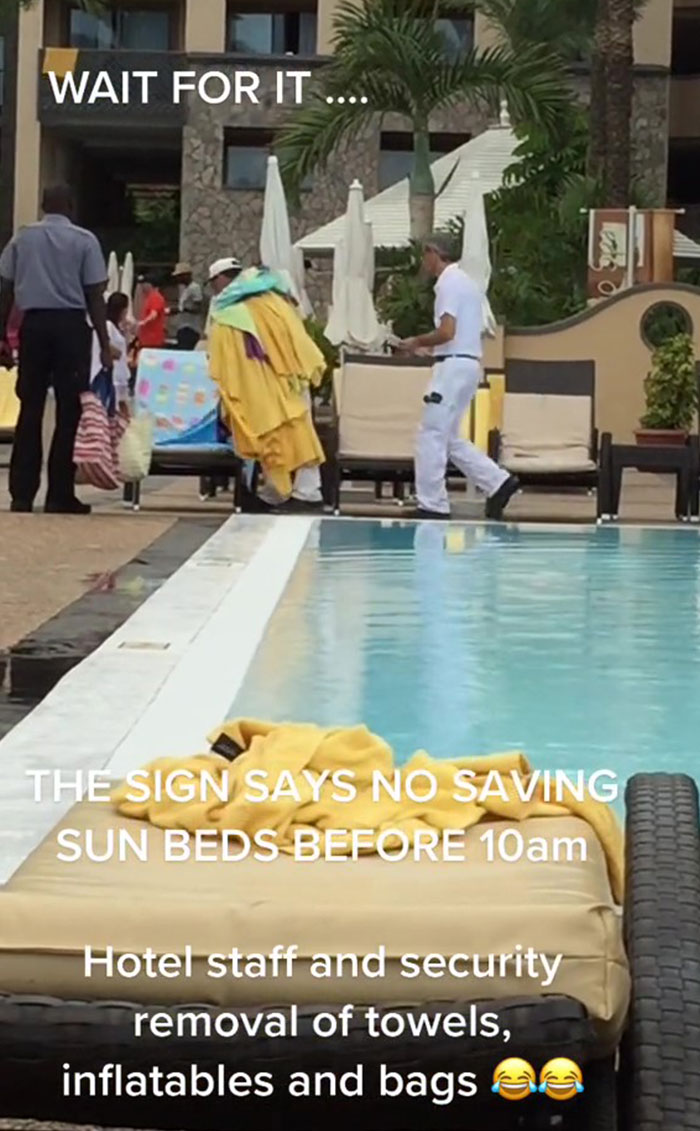 Most people who commented thought what the staff was doing was fair. However, some questioned whether they should do this to customers who had just left to use the restroom