As if Italy didn’t have enough remarkable natural offerings: in addition to the dramatically beautiful coastline and painterly country landscapes, there’s also a spectacular lake district. Sprawled across Northern Italy these highly scenic Alpine and Mediterranean settings have entranced writers, artists, world figures, and celebrities for centuries. While Lake Como may be the most famous of the group, and Lake Maggiore and Lake Garda are certainly popular with international travelers, other lesser-known spots like Lake Orta and Lake Iseo are well worth a visit. Generally surrounded by green mountains and wonderful hills, these natural paradises are sure to have something for everyone.

To get a sampling of the splendors of each lake, here are five towns (from west to east) not to miss. 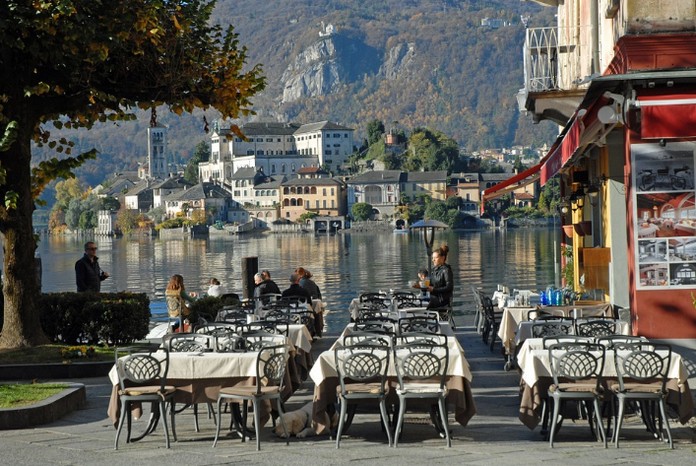 Lake Orta, sometimes dubbed La Cenerentola, or Cinderella, for its relatively low profile among foreign and even Italian visitors, was a big-name draw in the recent (for Italy) past. Lord Byron, the 19th-century literary superstar who had a knack for turning up at Europe’s palmiest destinations, came to this village on the lake; so did Robert Browning and Honoré de Balzac, and travelers today, no doubt, will find the misty views and flowery setting as sublime as the artists who visited before them.

Walk the (pedestrian-only) cobblestone streets in the center; have an aperitif at a bar on the Piazza Motta; Instagram the frescoes on the Broletto Palace and enjoy some moments of spiritual tranquility at the Sacro Monte, a Unesco World Heritage site on a hill above the town with chapels devoted to St. Francis built from the 16th to 18th centuries. You can also enjoy some quietude along the meditative walkways on the Isola San Giulio, an island a short boat ride from the town. Stay at the Villa Crespi, an ornate, Moorish-style Relais & Châteaux hotel with a 2-star Michelin restaurant. 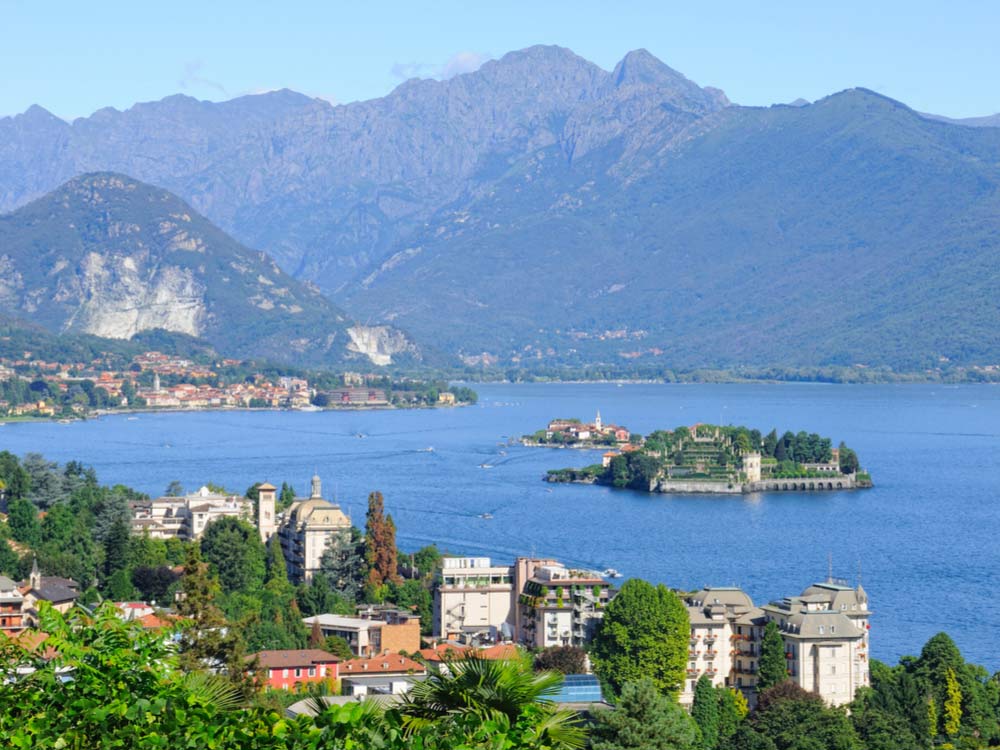 Although the celebrity spotlight glares brightly on next-door neighbor Como, Lake Maggiore has had a long history of attracting famous names from Queen Victoria to Winston Churchill. But the star attraction in one of the lake’s most exquisite towns, Verbania, is not a scene-y hotel or club for A-listers, although the Isolino (islet) di San Giovanni opposite the town became a glitterati destination in 2015 when Beatrice Borromeo, a member of the family that owns a cluster of islands in the lake, married Pierre Casiraghi, Princess Caroline of Hanover’s son.

Rather the headliner here is the botanical garden at the Villa Taranto, where you’ll find a world of floral marvels amid the 20,000 types of plants, including a dahlia maze with 350 varieties of the flower. Take in the dreamy views with a walk along Verbania’s lakeside promenade or from a restaurant like Ristorante Milano, which overlooks the harbor. At Ristorante Piccolo Lago perched on the tiny Lake Mergozzo near Maggiore, star chef Macro Sacco masterminds a selection of uber-sophisticated menus. 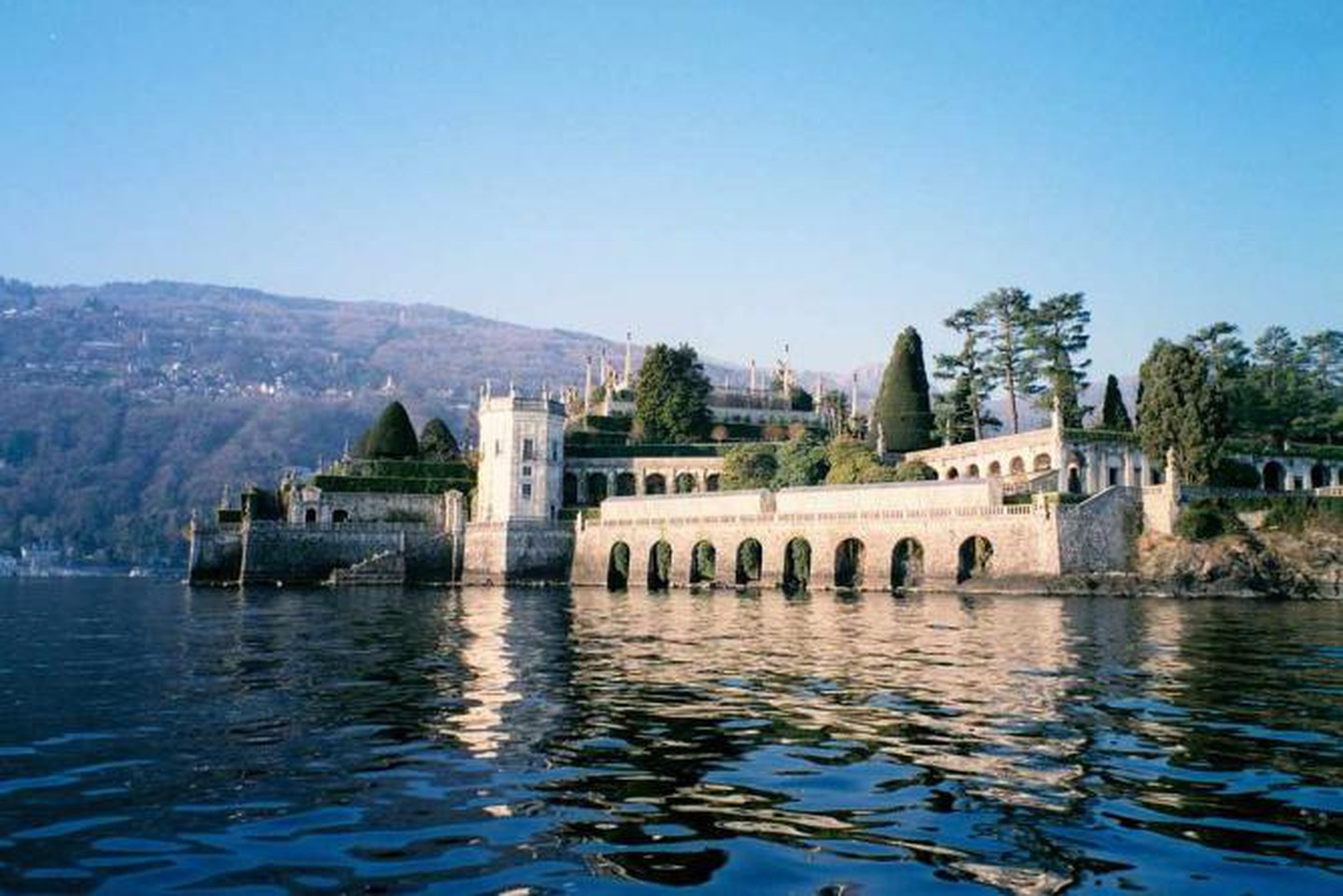 While a lot of Como’s buzz has centered on the lower part of the lake where the majestic Villa D’Este is located and where George Clooney’s house is a reliable VIP magnet, visitors should also head north to Tremezzina, an amalgam of beautiful, small towns (Tremezzo, Ossuccio, Lenno, Mezzegra) on the western side of the inverted Y-shaped lago. In addition to the spectacular natural setting and views (toward Bellagio), there are man-made splendors, like the gorgeous Villa Carlotta, a late 17th-century gem with a lush botanical garden, and the Villa del Balbianello, an imposing 18th-century compound where parts of a James Bond (Casino Royale) movie and Star Wars film were shot. Have lunch or dinner at the Locanda dell’ Isola Comacina on the small island off the town of Ossuccio, a spot that’s hosted many celebrities. For a luxe stay, head to the Grand Hotel Tremezzo, a sumptuous Art Nouveau hotel where Greta Garbo once stayed. 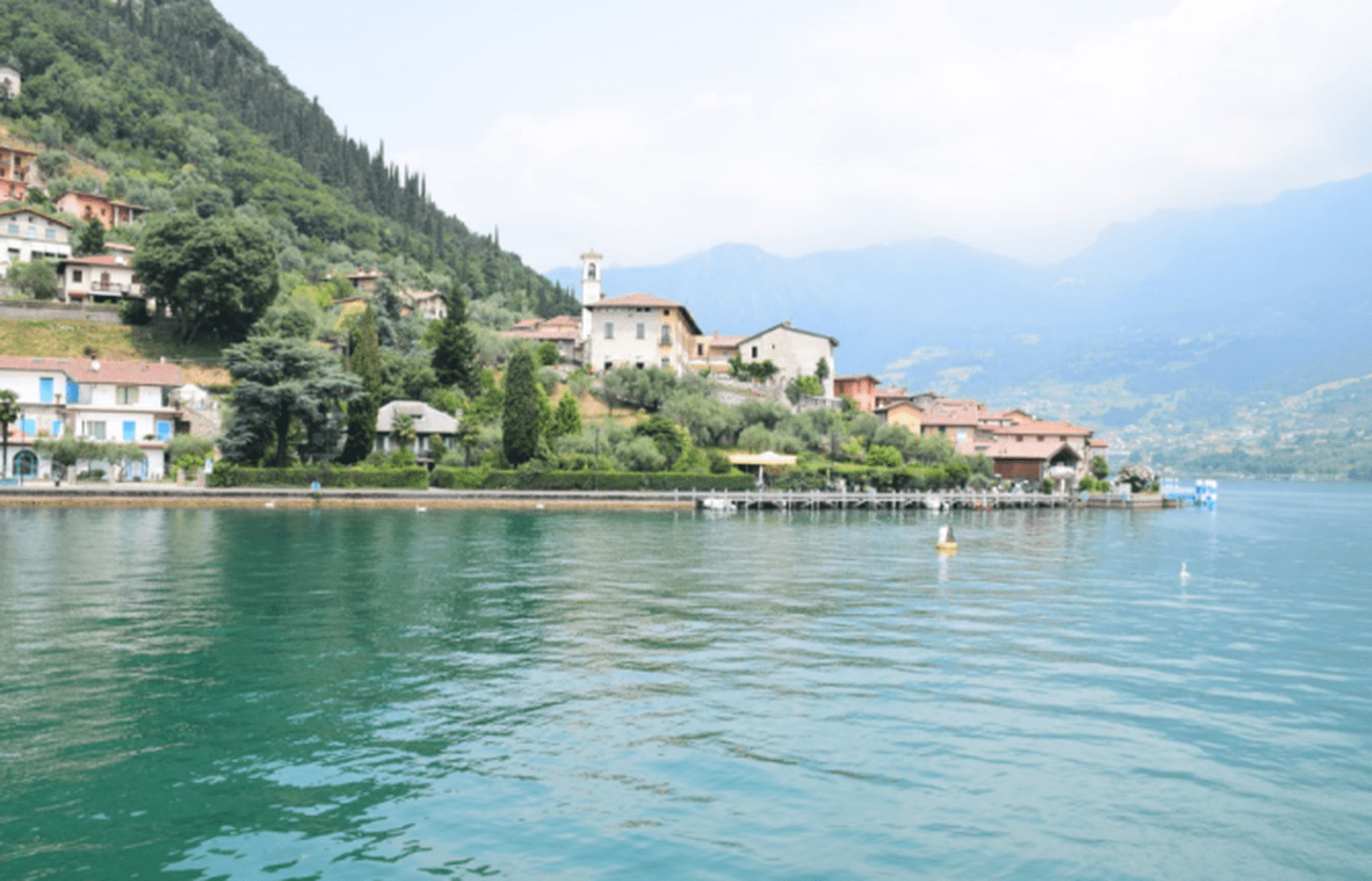 Both the town and lake are under-the-radar destinations for many visitors, although Iseo is getting more notice as the surrounding wine area, Franciacorta, attracts oenophiles from all over the world. This lovely medieval haven, once part of the Venetian Republic, is all about enjoying the lifestyle of a lake town yet to be singled out for tourism fame; stroll the promenade to ogle the waterscape and visit the nearby, car-free Monte Isola, Italy’s largest lake island, dotted with rustic hamlets and idyllic villages.

A short drive away (14 kilometers from Iseo) is L’Albereta, a Relais & Chateaux property with a Chenot spa frequented by some of Europe’s biggest names. Sample such lake specialties as linguine with Monteisola sardines, or the ravioli-like casoncelli pasta popular in the area at the hotel’s LeonFelice VistaLago restaurant. 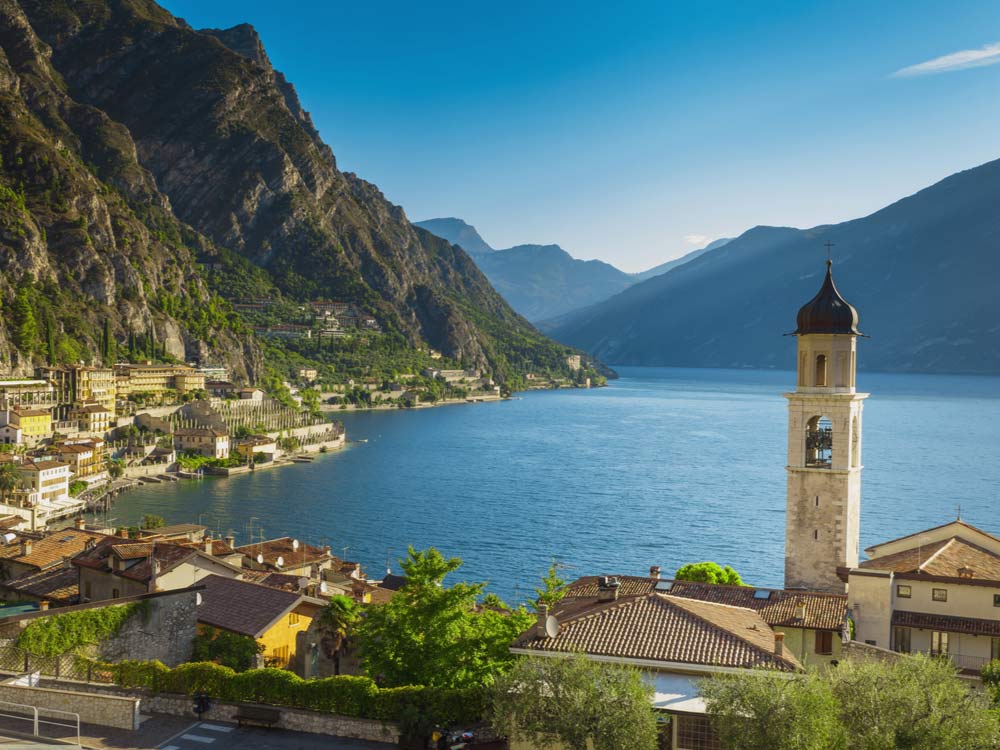 Riva del Garda at the northern end of Lake Garda is a sports mecca, drawing sailors and windsurfers for the reliably windy climate, as well as hikers and mountain bikers to the nearby trails, many with striking views overlooking the lake. So attractive is the area for sailors that it attracts legendary yachtsmen like Russell Coutts, the five-time America’s Cup Winner, to race in its waters. (Sailing lessons are available for adults and children at the famous Fraglia Vela Riva club.) Riva has something you don’t often find in lakeside towns—beaches—there are three, Sabbioni being the largest.

Away from the water, you can explore the historic center, Baroque churches and the 12th-century Rocca, or fortress, home to a history and art museum. The five-star Lido Palace, which opened in 1899 when Riva was part of the Austrian Empire, became a favorite vacation spot for European royalty; it has a spectacular setting on the lake.

'An Extremely Rare Phenomenon': A Yellow Cardinal, Nicknamed 'Sunny,' Photographed In Florida Previous post
Max Asabin A.K.A The Photoshop Wizard — Here Are 30 Pics Of His Master Work Next post