‘Rainbow Grandpa’ Saves Village From Demolishing With His Colorful Art

After living in the same village for over 40-years, a then 86-year-old Huang Yung-fu was threatened by the government that his village will be destroyed since he was the only resident. Desperate and facing a dilemma, Yung-fu turned to art for help, and so the ‘Rainbow Grandpa’ was born.

Originally coming from China, Huang had fought in the Sino-Japanese War and World War II, he fought for the Nationalist Party over Mao Zedong’s Communist government. When the Nationalists lost, he and 2 million others were forces to move to Taiwan. What was meant to be a temporary solution, eventually became home for him and a lot of others who would all feel like a big family?

Later a lot of his friends and neighbors moved or passed away, and being the only remaining resident, the government was treating to knock down his village in an attempt to build a more modern apartment complex. He was offered money to pack up and move somewhere else, but the idea of leaving the place which he had been calling home for over 40 years, was not so easy to bear.

“When I came here, the village had 1,200 households and we’d all sit and talk like one big family,” shared Huang. “But then everyone moved away or passed away and I became lonely.” With nowhere to go, he turned to art to ease his suffering. 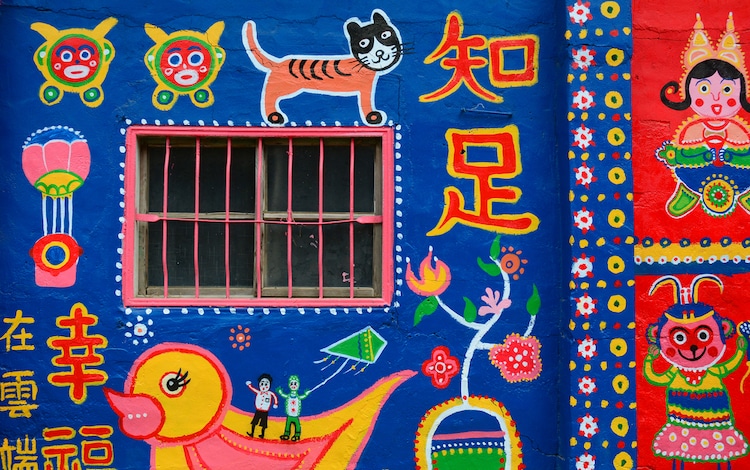 First, he painted a small bird on his bungalow. It continued with cats, birds, and then painting every surface of the village. By 2010, a local university student heard Huang’s story and vowed that he would help share it with the world. He snapped a few photos of the village and began a fundraising campaign and petition to save it from destruction.

The news went viral really quickly, and the old man’s story was capturing the hearts of the nation, and the colorful village became a huge draw for tourists around the world. Bringing over a million visitors each year, Huang managed to keep his home and become the 96-year-old  legend in the village.

“The government has promised me they will keep this house and this village,” he said. “I was so happy and thankful.” 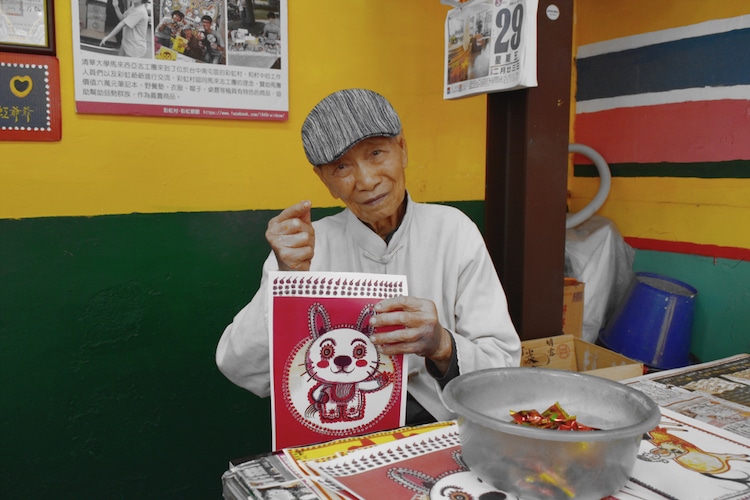 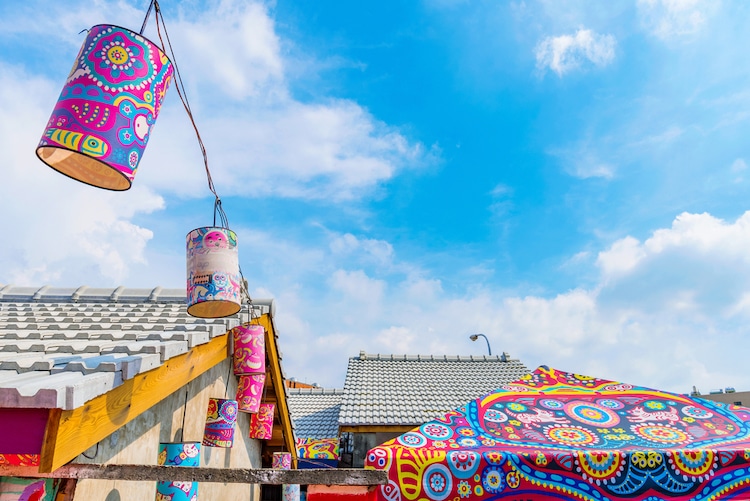 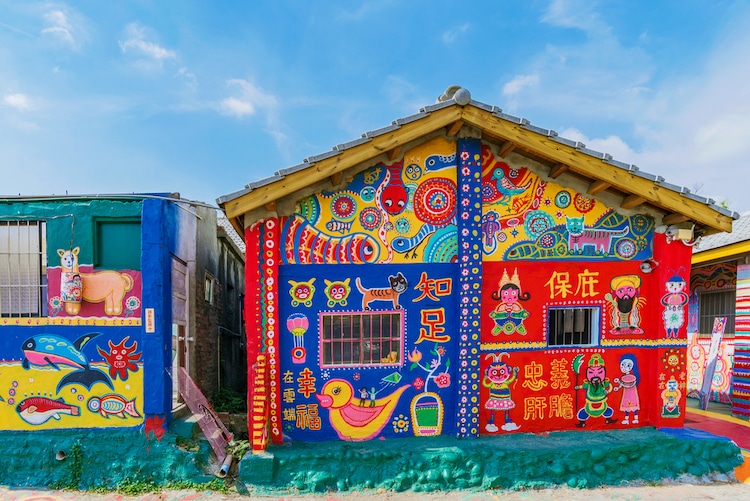 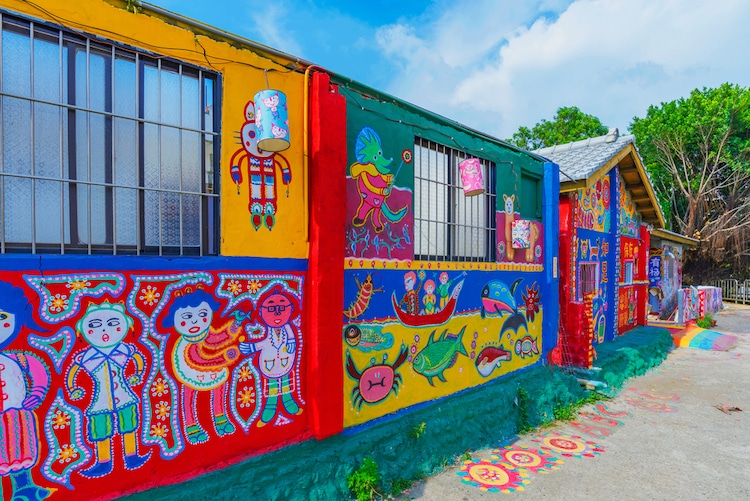 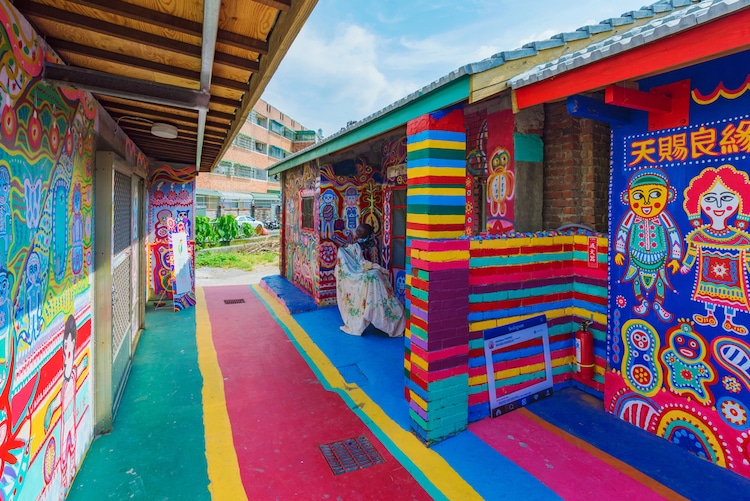 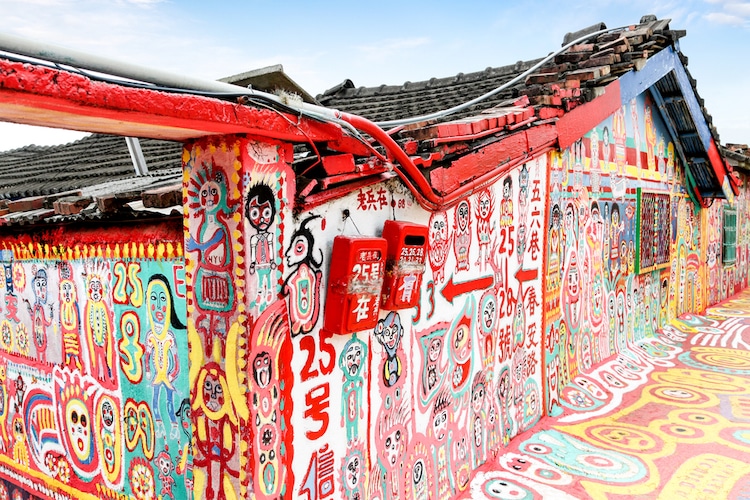 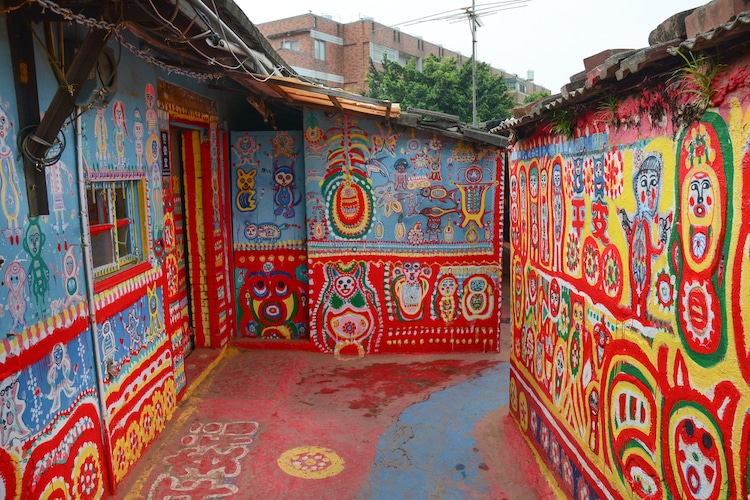 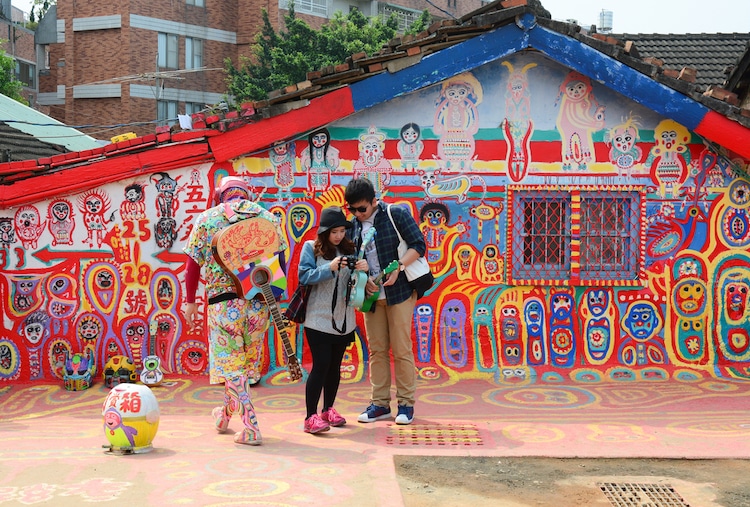