The 10 World’s Most Dangerous Islands

In this day and age, people often think that they can travel anywhere as long as they have the time and money to spend. People expand their horizons and travel to places they know little about. Islands are especially popular among people looking for an exotic and adventurous vacation.

But some islands just shouldn’t be visited. Unlike Ibiza, Malta, or Hvar, these islands aren’t known for their wild party scenes and gorgeous beaches. Instead, you’d need to watch out for dangerous animals, breathe through a gas mask or pray the ship even makes it to shore.

Here are 10 deadly islands where you definitely don’t want to be washed ashore.

This densely forested island is home to a group of indigenous people called the Sentinelese. Having rejected any contact with the outside world, the natives are believed to be among the last people to remain untouched by modern civilization. And they do not take kindly to strangers. They are prepared to attack anyone approaching the island and have done so many times. 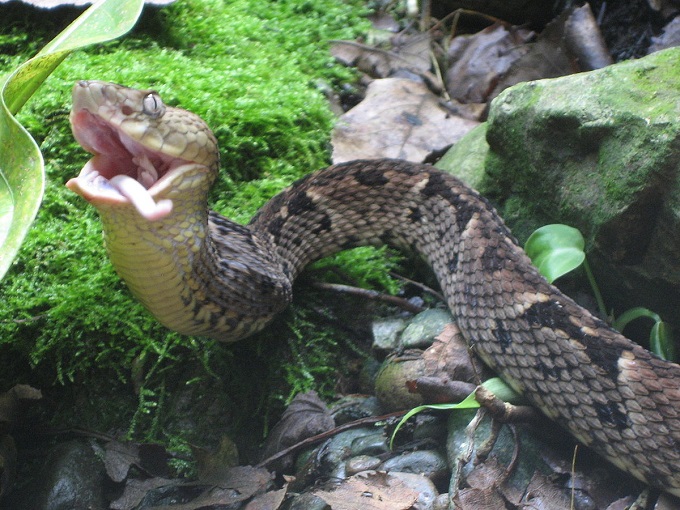 Ilha da Queimada is an island ruled by animals. Popularly known as Snake Island, it is home to thousands of some of the most venomous snakes in the world, Golden Lancehead Vipers. The Brazilian Navy has banned all civilians from the island, which is just 20 miles off the coast of São Paulo. There are between one and five snakes per 3 square feet. 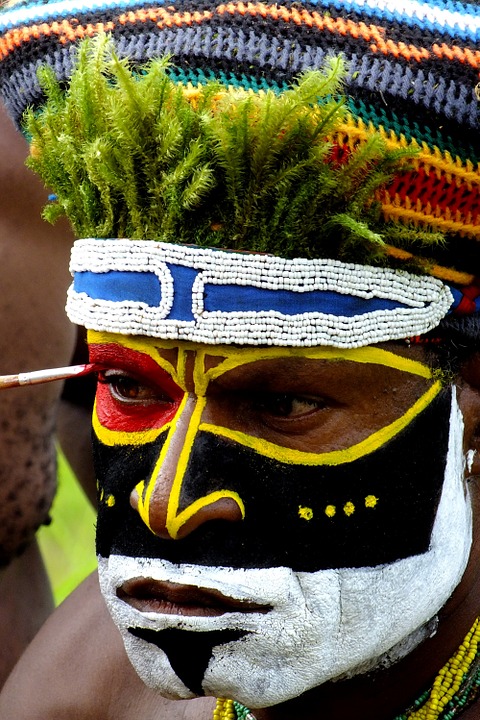 New Guinea is really a nice place to visit, but you sure wouldn’t want to be in Papua. Until 1974 the natives didn’t even know that people from other places weren’t members of rival tribes. These people live their lives in treehouses constructed roughly 140 feet high to avoid being attacked. Those who stumble into their territory are generally met with a rather long barbed arrow pointed at them until they turn themselves around and walk in the other direction. This tribe has a history of cannibalism and may still eat invaders. 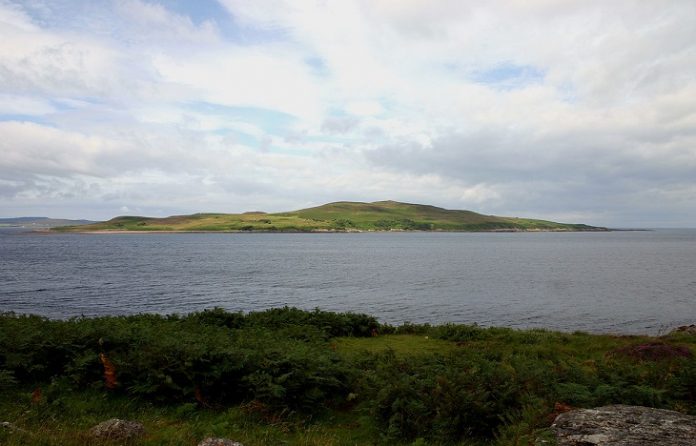 People are no longer banned from Gruinard Island, but they still stay away from the place. Brit scientists were researching anthrax there in 1942. In the process, they transported 50 sheep to this remote isle off the Scottish mainland.

The sheep were bombed with anthrax. They all died within two weeks. It was not until afterwards that the scientists soon realized they could not remove the anthrax from the soil there. Thus, they put a 50-year ban on the isle. Three Russian aristocrats recently expressed an interest in purchasing it.

The Caribbean island in the Lesser Antilles chain is a special municipality of the Netherlands. If you ever want to visit, make sure it’s during the winter. It has been hit by more major storms since 1851 than any other place on Earth. A total of 64 severe hurricanes passed through the island until 2010, according to the Caribbean Hurricane Network. This is one every two and a half years.

The seven Izu Islands are a group of volcanic islands in the Fuji Volcanic Belt that stretch from north to south for 280 miles. A reek of sulfur cannot be avoided or ignored, and the people who lived there were actually evacuated in 2000 (and once before in 1953) because the levels of gas were through the roof. They were allowed back in five years later, but residents of Miyakejima, one of the Izu Islands, must wear masks at all times. 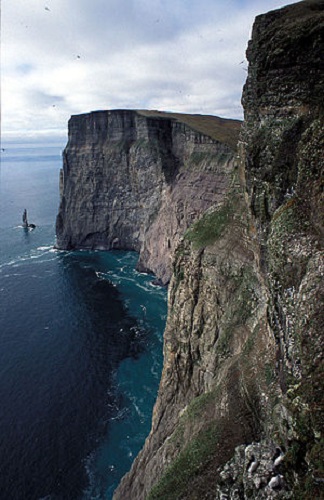 This would be a hard place to grow enough food to sustain oneself because the land is too rocky. This is a difficult place to even moor a boat due to all the huge cliffs along the coastline. But what makes it dangerous is that a Soviet nuclear submarine sank roughly 100 nautical miles southwest of this spot in 1989 and leaked radioactive material into the water. This may have damaged the island’s soil too. Additionally, experts think that the development of the Snøhvit gas field has also forever altered the climate. 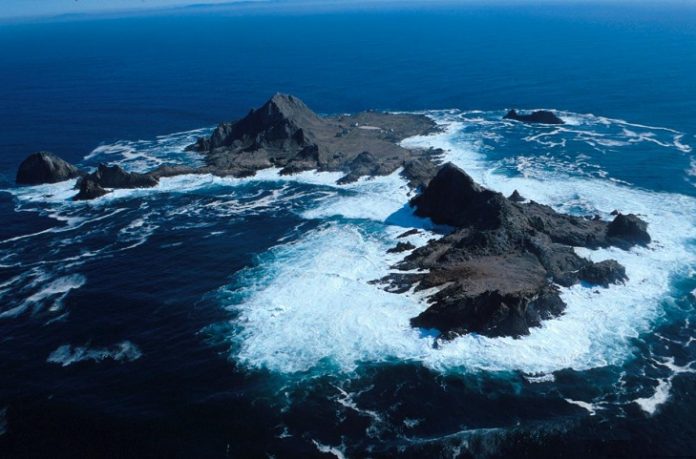 The group of islands and sea stacks just about 25 miles west of San Francisco is off-limits to people, though the Southeast Farallon Island has a field research station where a few conservation scientists work. More than 47,800 drums and other containers of low-level radioactive waste were dumped onto the ocean floor west of San Francisco between 1946 and 1970, according to U.S. Geological Survey. The exact location of the containers and the potential hazard to the environment is unknown. 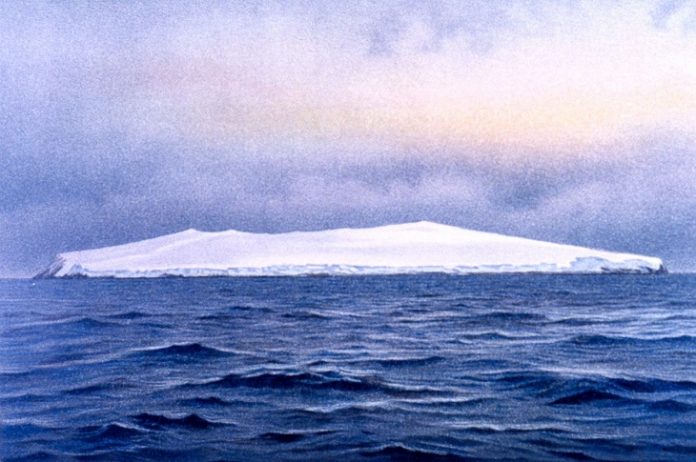 Bouvet Island is located 1,1000 miles north of Antarctica. It’s the world’s most remote island. More than 93 percent of this 119-square-mile isle is always covered by a glacier.

Only six people live here and they work for the Norwegian Weather Service. They work there for two to four months at a time. In an emergency, help would be slow in arriving as there’s only one reliable place to moor a boat.

The Mergui Archipelago is made up of 800 small islands. It’s situated between Myanmar (Burma) and Thailand. The islands are largely uninhabited.

The native Moken Tribe survives solely by fishing. They actually live on large wooden boats they consider their homes. Strangers who approach them will be greeted with a hail of fire arrows. Thus, the nearby governments recommend that tourists avoid the area. Sadly, the tribe is now struggling to survive but neither of the local governments is willing to aid them in acclimatizing to our modern society.

So beware! Not all natives are friendly. Not all islands are a paradise.

This Husky Felt So Lonely That He Escaped His Yard To Hug His Best Friend Previous post
Hilarious, Yet Creepy Comparison Of How Aliens Would Reconstruct Animals Based On Their Skulls Vs. What They Really Look Like Next post