A luxury yacht is not just a mode of transportation, but a symbol of wealth and status symbol, that can only be afforded by the wealthy billionaires of the world. The most luxurious yachts worldwide offer extravagant features like movie helipads, theatres, concert halls, multiple swimming pools, saunas, and hot tubs.

Let’s have a look at the top ten of the most expensive yachts in the world. 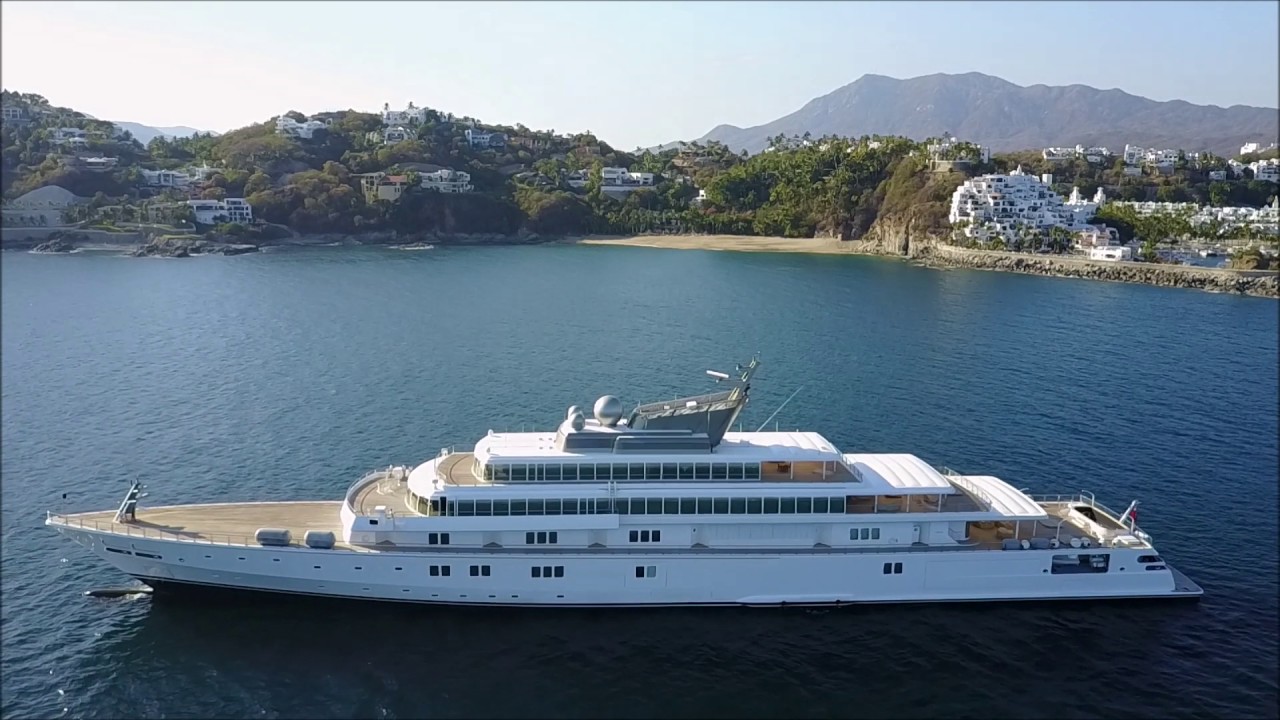 Designed by the late legendary Jon Bannenberg and built by German master shipbuilding company Lürssen, the Rising Sun is a 138-meter superyacht built in 2004. It is one of the largest yachts in the world. Its top speed is 28.0km and her power comes from four 12230.0hp MTU 20V8000M90 diesel engines. It can accommodate up to 18 people with 45 crew members.

Frequented by celebrities like Oprah Winfrey and Beatrice, the Princess of York, the Rising Sun offers a living area of over 8,000 square meters over five levels and 3,300 square meters of deck space lavishly layered in teak. Jacuzzi bathrooms and countertops fashioned out of onyx give the yacht a particularly sumptuous atmosphere. Up to 16 guests can comfortably cruise on the Rising Sun, their every needs to be taken care of by as many as 43 crew members, who can also be easily accommodated onboard the yacht. The Rising Sun has a steel hull and aluminum superstructure with hawseholes plated in chromium. 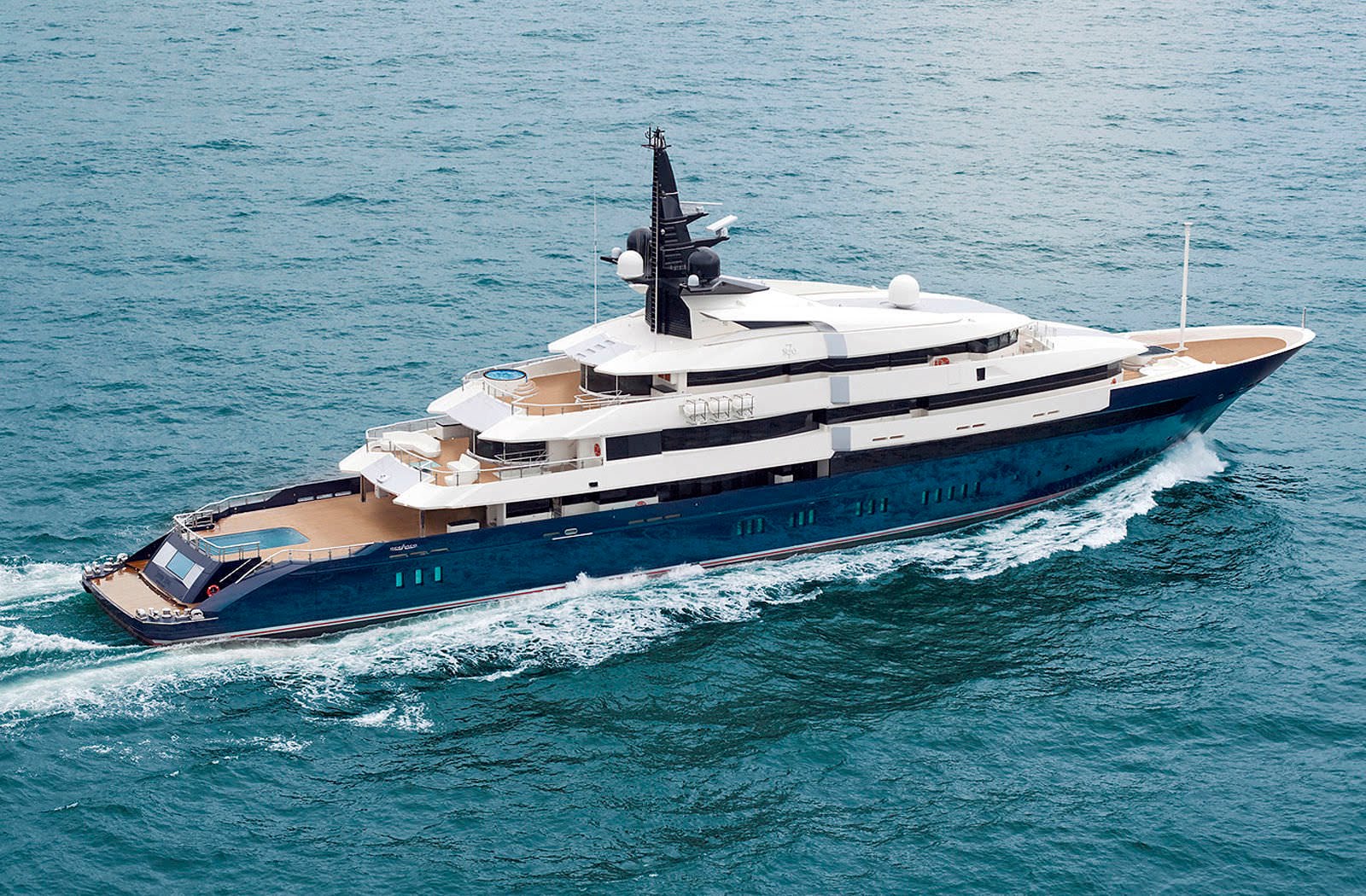 Owned by no one but Steven Spielberg, this luxurious yacht, called the Seven Seas, suits 25 crew members and 12 guests. It’s much smaller than our previous listing, at 282 ft (85 m), but it makes up for it with a helipad, jacuzzi, private gym, indoor cinema and a massage room.

Of course that the yacht has a pool as well, and Spielberg even got a 15-ft. glass wall installed, so he can enjoy movies on a big screen while enjoying a dip. It’s almost like he’s a film director. 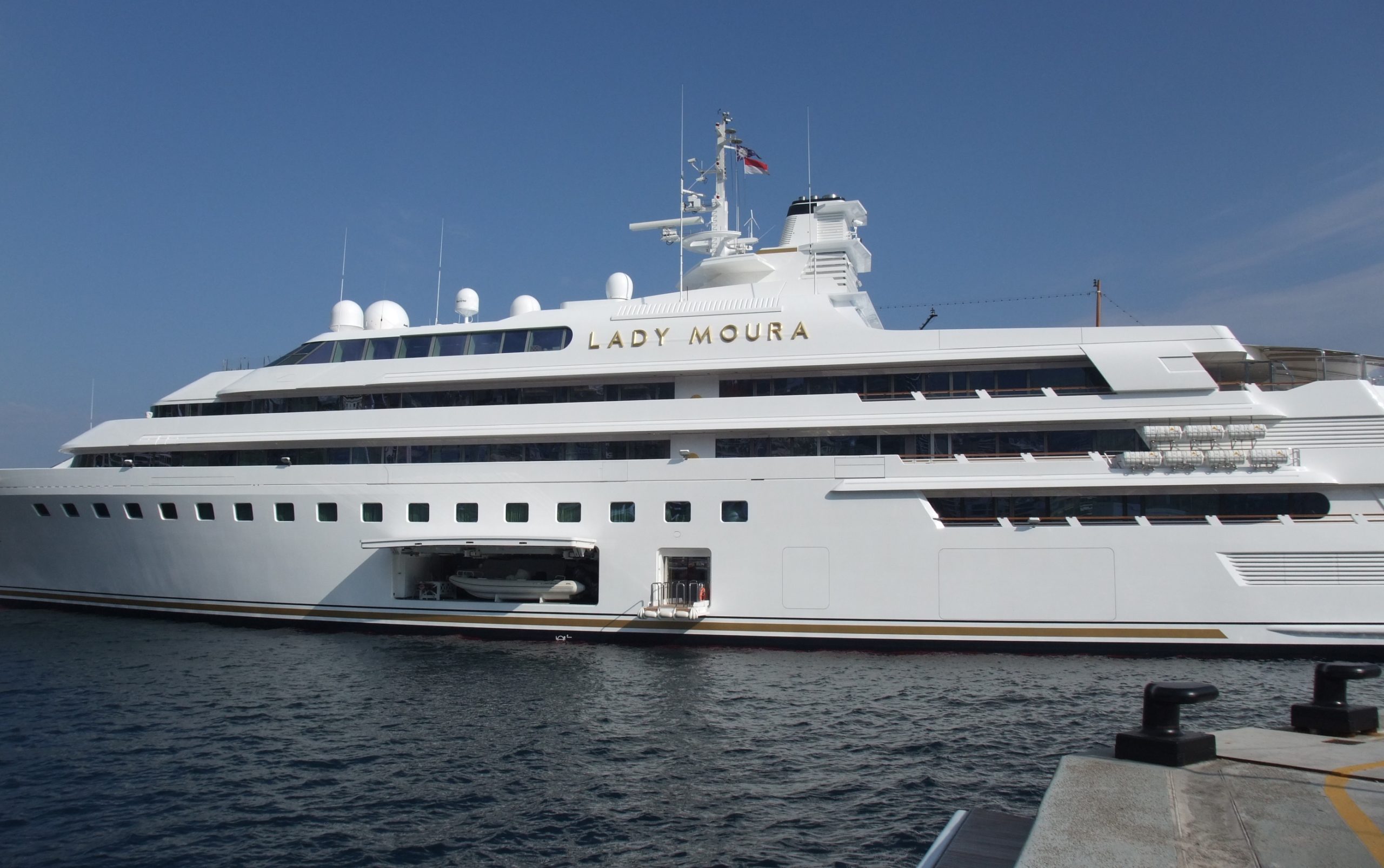 Lady Moura was first launched in 1990, made for Saudi Arabian billionaire businessman Nasser Al-Rahid. Not much is known about Al-Rahid, and he used to keep a quiet profile before buying this yacht. But, now he has a yacht that quite stands out.

Mr. Al-Rahid didn’t spare a dime on his yacht. Even the lettering on the yacht is made out of pure 24-karat gold. Other than that, not much is known about it, except that it was refit in 2007, and that its length is 344 ft., or 105 meters. 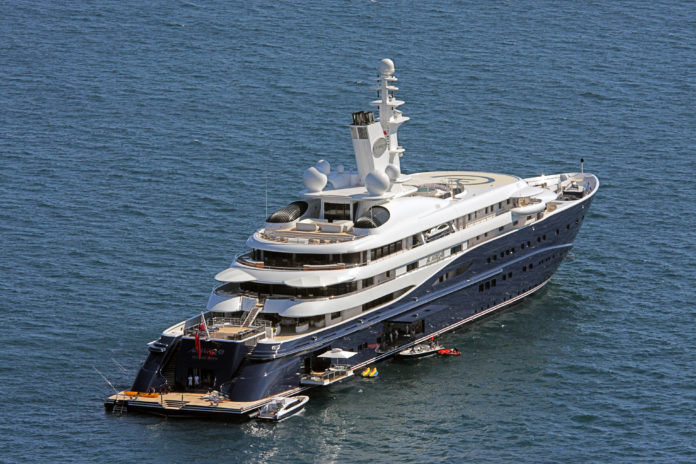 Qatar’s ex Primer Minister, Hammad Al Thani, got himself this amazing yacht in 2008, for a quarter of a billion United States dollars. The yacht is 436 ft. (133 m) long, but regardless of that, only suits 24 guests and. Why? Well because each guest suite has its own double bedroom, a bathroom, and a big, comfy living room.

Other than that, Al Mirqab, known as Project May during development, has a cinema, bars, a helipad, and of course a jacuzzi and a pool. 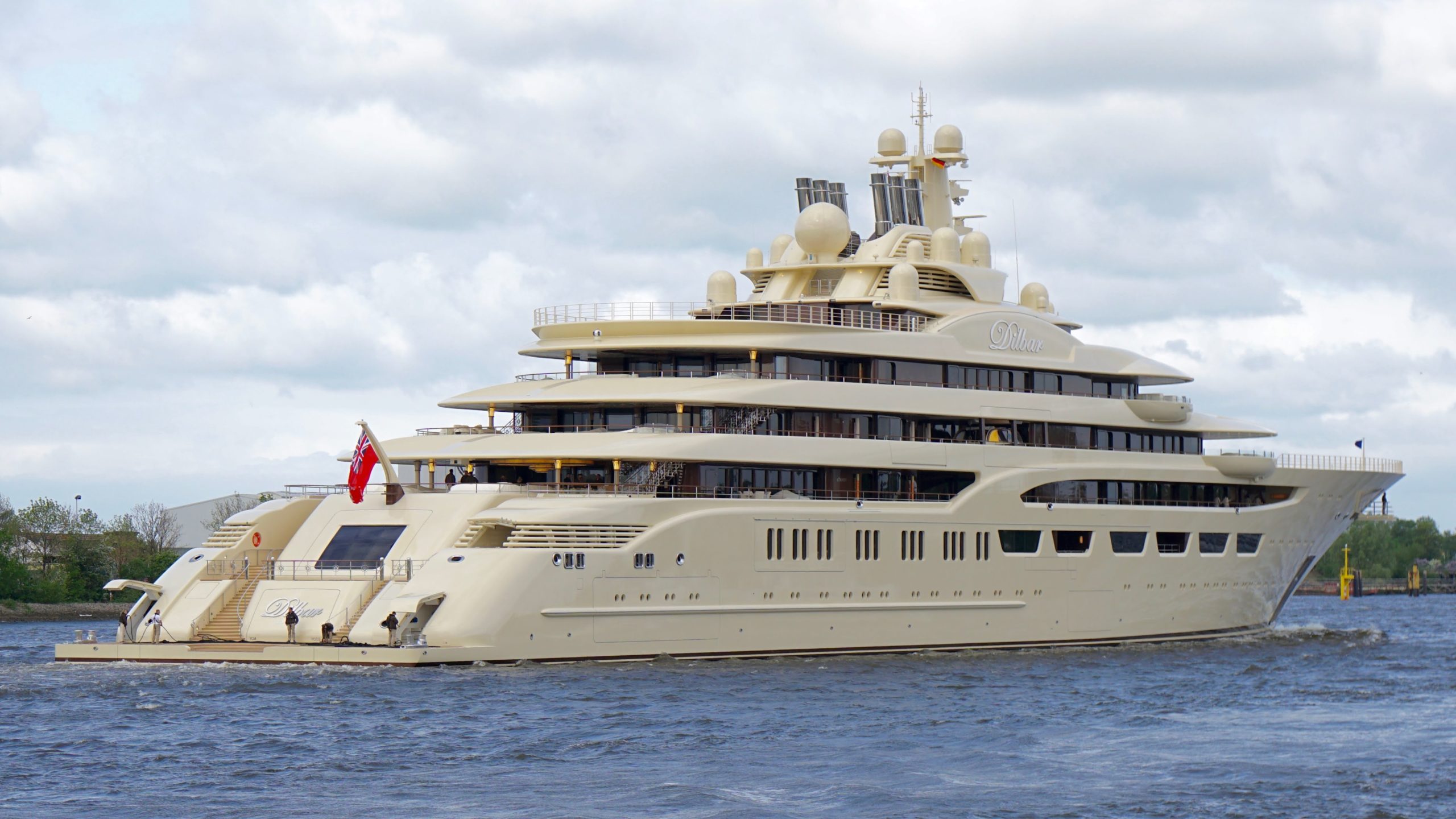 If you ever find yourself on the Ona, you’ll be able to enjoy the following; swimming pool, jacuzzi, gym, spa, sauna, outdoor bar, massage room, and a movie theatre.

The owner, Mr. Usmanov is the richest Russian alive, and the world’s 58th richest person, with a net worth of $13.4 billion. 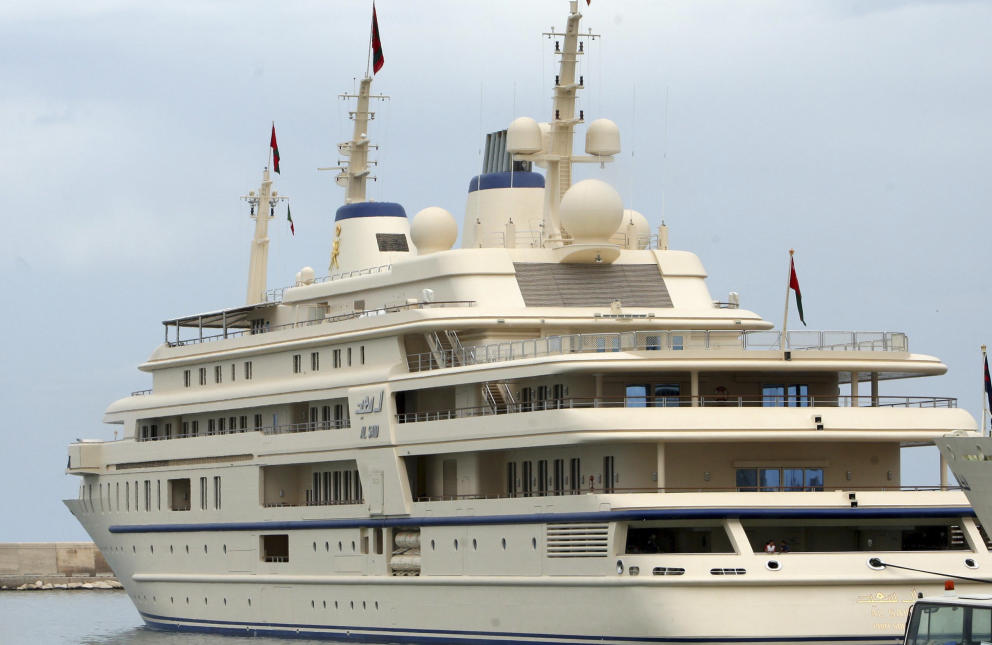 Qaboos Al Said is the Sultan of Oman, who owns 5 superyachts, the largest one being “Al Said”, that takes our number 5 spot. The huge yacht was ordered in 2006, and delivered 2 years later, as one of the most massive yachts in the world, with a length of 508 feet, or 155 meters, and weight of almost 16,000 tons. 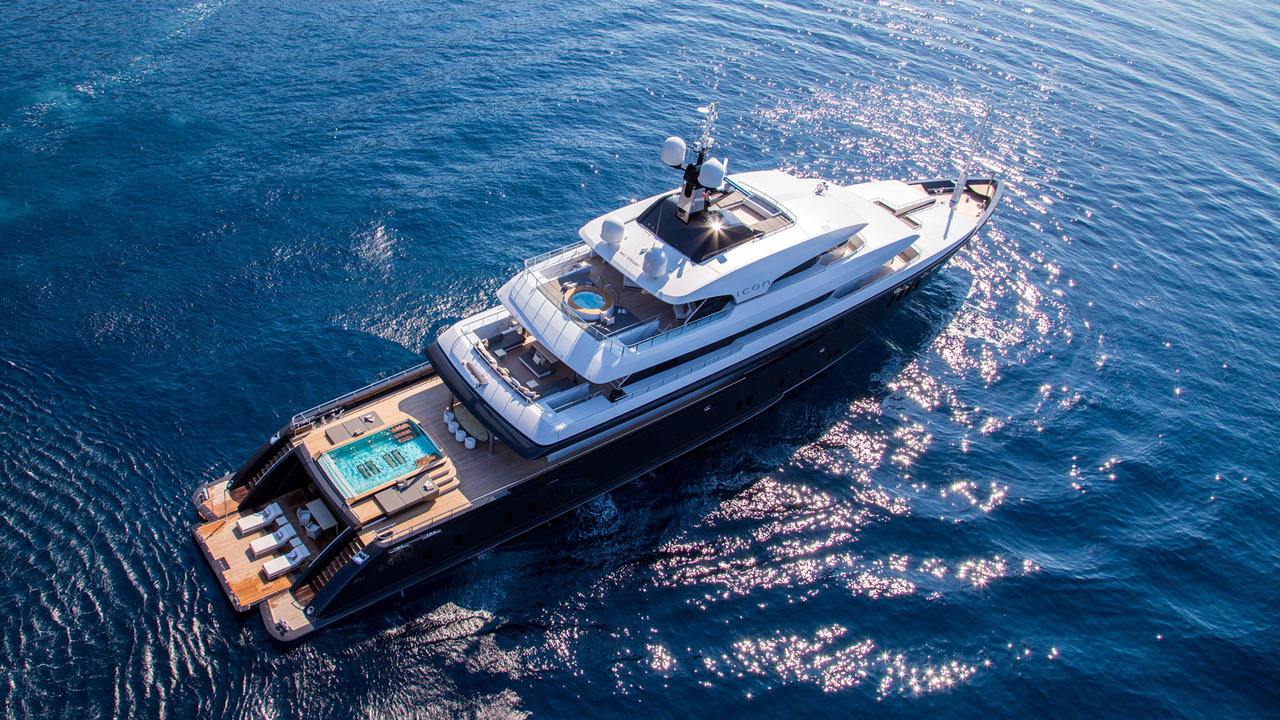 Having read all the listings so far, you surely expect a yacht known as “Superyacht A”, with almost third of a billion price to be huge, right? Largest one so far, at least?

Nope, not even close. This yacht, owned by Andrei Melchenko, is “only” 390 ft (119 m) long. But, what sets the price so high it’s the uniqueness of this yacht. It has two unique, 11 meters long tenders, two swimming pools, and an interior that is said to resemble a Bond villain base. In other words, the yacht is very advanced and modern. Kinda expected from a guy who reached the billionaire status before he was 40, right? 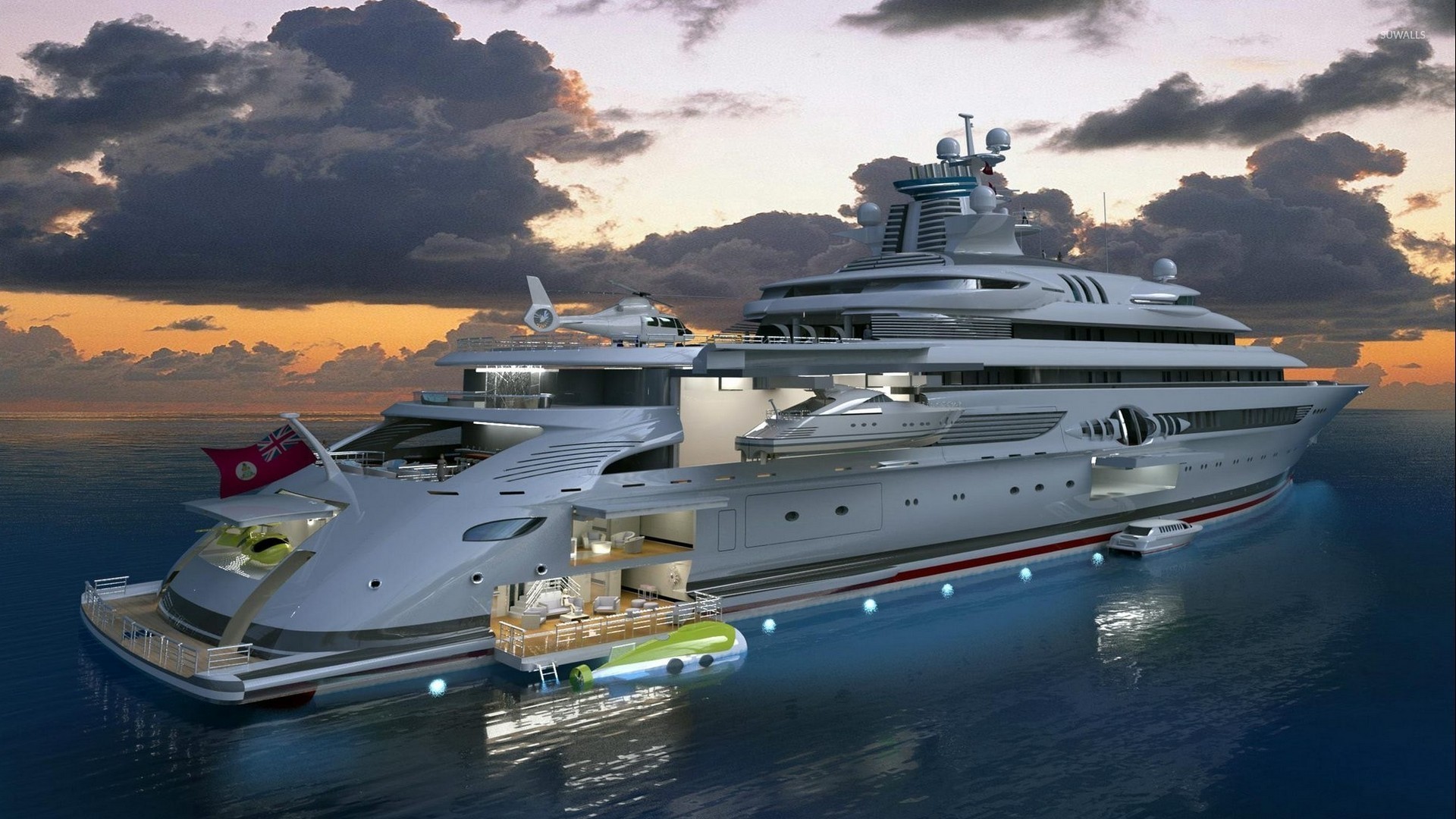 The Streets of Monaco is a project by Yacht Island Design and is a one-of-a-kind yacht/island mix. Yachts are usually called “floating islands”, but after this thing gets released, there will be a whole new meaning to the saying. This 500 ft (153 m) long, one of a kind yacht, recreates the well-known city of Monaco and scales it down to a smaller replica.

The most notable building, such as the Monte Carlo Casino, the Monte Carlo Grand Prix track, and Hotel de Paris, will be there. This yacht will accommodate 16 lucky guests who get to experience it, and they will be granted with a suite that has its own reception room, dressing room, bedroom, bathroom, and of course, a balcony. 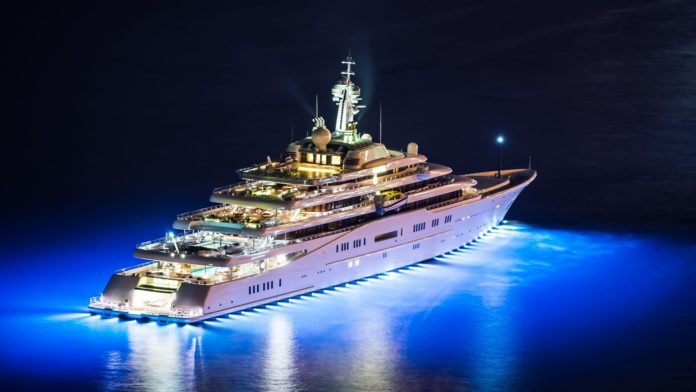 One of the most known yachts in the world, the Eclipse, is owned by Roman Abramovich, best known for being the owner of Chelsea FC, a Premier League Club. In 2010, he purchased the Eclipse, a yacht that is the second-largest one in the world, with a length of 536 ft (163.5 m).

The yacht has two helicopter pads, two swimming pools, a few hot tubs, and a disco hall. It has three launch boats and even a mini-submarine. Abramovich made sure that he’s safe while enjoying his yacht, by fitting a missile defense system in the Eclipse. Around 70 crew members are required to operate the yacht and serve the guests.

"World's Worst Logo"? Not Anymore! This Designer Fixed Them Previous post
"My Grandma Didn’t Let Me See Her Photo Album Before She Passed, And Only Now Did I Find Out About Her Illustrious Life" Next post