This is How Airplane Food Changed Through Decades

When traveling today, one of the things we don’t pay a lot of attention to is the food we consume on airplanes. If we stop and think about it, the menu of the food on airplanes has changed significantly through the years. Let’s go back to 1920 when everything was well-weighted before boarding on a plane.

When it came to feeding the passengers, the servers always used the lightest chinaware they could find, and the menu would include cold fried chicken, fruit salads, and elegantly composed sandwiches. 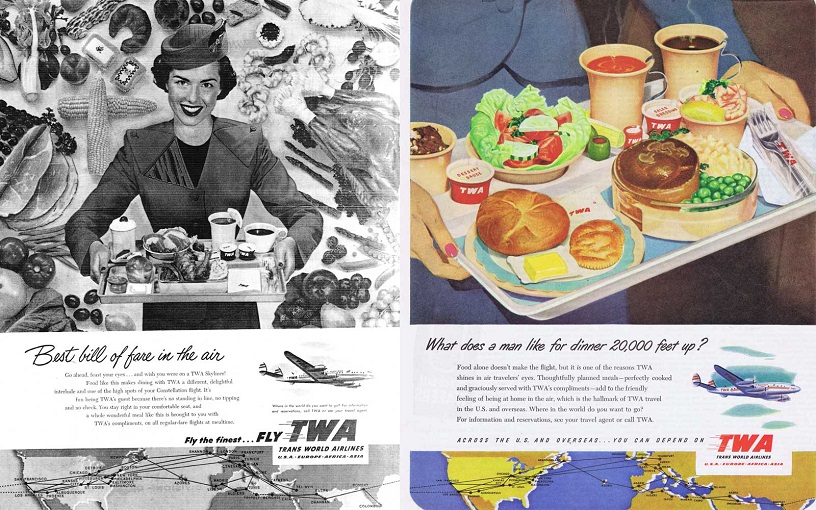 Moving on to 1930, the aircraft became more sophisticated having kitchens build in them. People were eating beef roasted right on the aircraft.

Pan Am’s Clippers sometimes even had a dining room onboard, allowing customers to go in groups at a time to the dining room, where they’d be greeted with white tablecloths and a buffet.

Some plains would even stop when in long flights to refuel, giving people the chance to lunch comfortably since by this time plains flew closer to the ground, and because of the turbulence the food and drinks would often spill. Therefore, it was easier for the staff to land the plane and let people eat on the ground. 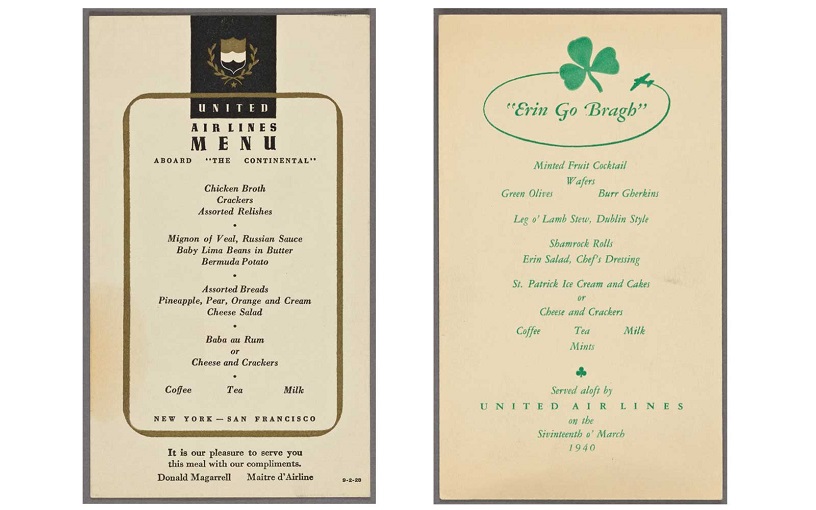 From roasted beef on a plane to frozen food in just a decade. Observing the soldier’s physical condition after eating cold military rations, the U.S military noticed that wasn’t healthy for them, so they added the frozen food which would be prepared in the plane for them so they would eat hot food. This way it allowed the crew to have more variety of the food in planes, and also start making more use of the meals they would make. 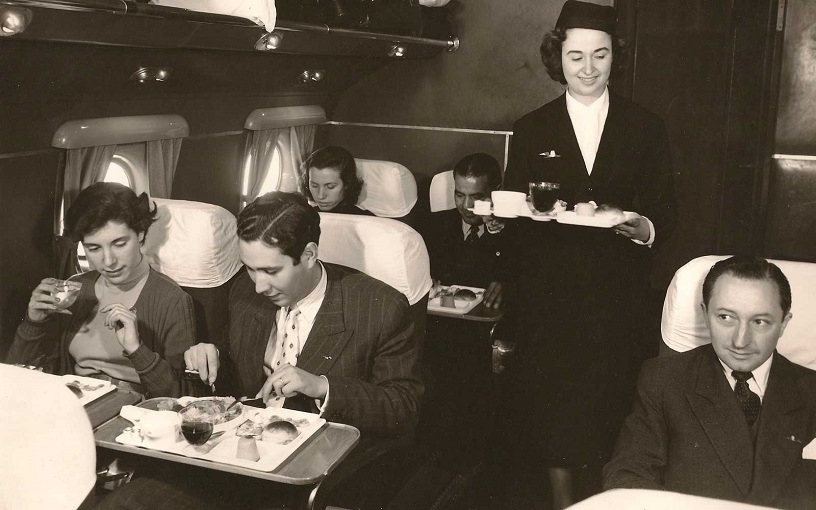 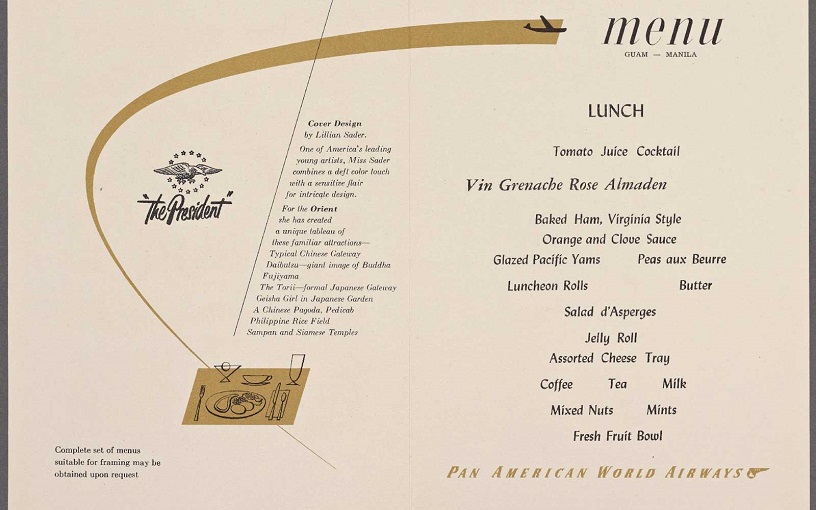 By the 1960s, you could see a widespread adaptation of jets, so airlines didn’t have to focus so much on food to keep people entertained. The flights were way quicker. But you could see quite some changes in the kitchen area as well. For example, chinaware switching from glassware to plastic, because washing and storing them would take an extensive amount of time, or serving up foods that didn’t need to be cut with a knife and fork (like pre-cut sandwiches).

The 1970s were the time when you could really see the differences between classes. First-class would get the kind of food that would take up to two hours to serve, while the economy could be served to the entire cabin in 30 mins.

The high class had special treatment like luxurious amenities like their Teahouse in the Sky, which offered hot and cold sake selection, various Japanese teas, and many more. It didn’t matter that much what was being served but the way it was being offered to people. The beautiful arrangements and service were something people were paying attention to during this time.