Back From The Dead: Researchers Use 32,000-Year-Old Seeds To Grow Plant

The oldest plant ever to be regenerated has been grown from 32,000-year-old seeds—beating the previous record-holder by some 30,000 years.

A Russian team discovered a seed cache of Silene stenophylla, a flowering plant native to Siberia, that had been buried by an Ice Age squirrel near the banks of the Kolyma River (map). Radiocarbon dating confirmed that the seeds were 32,000 years old.

The story starts over 10 years ago, when a team of Russian, Hungarian, and American scientists recovered the frozen seeds in 2007. They were buried 125 feet underground, deep in the Siberian permafrost. The team was investigating the burrows of ancient squirrels when they made the discovery. Fruit and seeds had been perfectly sealed from the elements thanks to the squirrels’ burrowing techniques.

The Russian researchers excavated ancient squirrel burrows exposed on the bank of the lower Kolyma River, an area thronged with mammoth and woolly rhinoceroses during the last ice age. The mature and immature seeds, which had been entirely encased in ice, were unearthed from 124 feet (38 meters) below the permafrost, surrounded by layers that included mammoth, bison, and woolly rhinoceros bones. 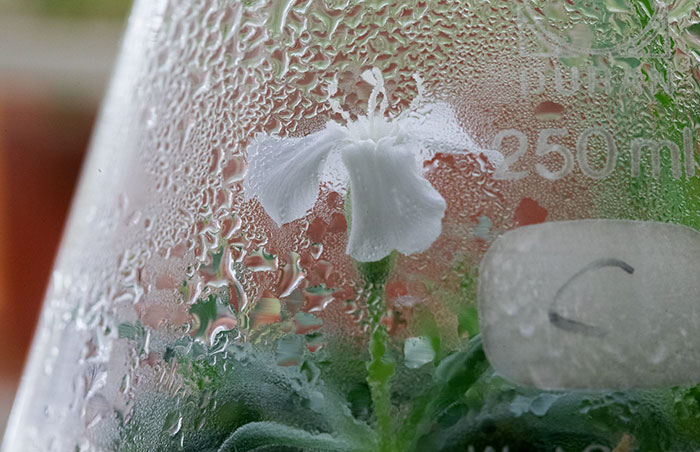 “The squirrels dug the frozen ground to build their burrows, which are about the size of a soccer ball, putting in hay first and then animal fur for a perfect storage chamber,” shared Stanislav Gubin, one of the researchers who explored the burrows. “It’s a natural cryobank.”

“This is an amazing breakthrough,” said Grant Zazula of the Yukon Paleontology Program at Whitehorse in Yukon Territory, Canada. “I have no doubt in my mind that this is a legitimate claim.” It was Dr. Zazula who showed that the apparently ancient lupine seeds found by the Yukon gold miner were in fact modern. 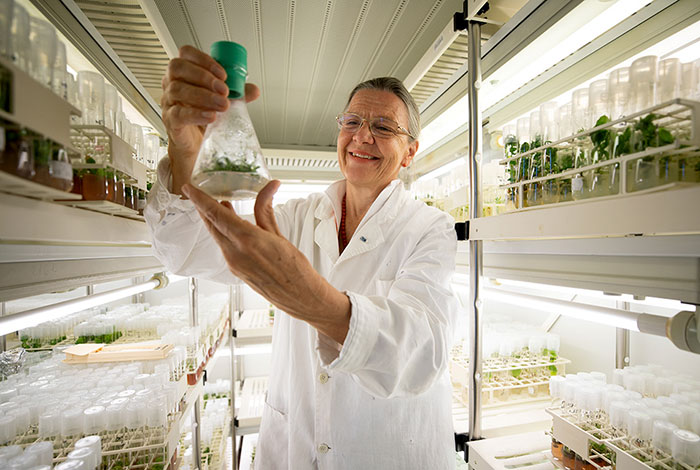 But the Russians’ extraordinary report is likely to provoke calls for more proof. “It’s beyond the bounds of what we’d expect,” said Alastair Murdoch, an expert on seed viability at the University of Reading in England. When poppy seeds are kept at minus 7 degrees Celsius, the temperature the Russians reported for the campions, after only 160 years just 2 percent of the seeds will be able to germinate, Dr. Murdoch noted.

Some of the storage chambers in the burrows contain more than 600,000 seeds and fruits. Many are from a species that most closely resembles a plant found today, the narrow-leafed campion (Silene stenophylla).

Working with a burrow from the site called Duvanny Yar, the Russian researchers tried to germinate the campion seeds but failed. They then took cells from the placenta, the organ in the fruit that produces the seeds. They thawed out the cells and grew them in culture dishes into whole plants.

Many plants can be propagated from a single adult cell, and this cloning procedure worked with three of the placentas, the Russian researchers report. They grew 36 ancient plants, which appeared identical to the present day narrow-leafed campion until they flowered when they produced narrower and more splayed-out petals. Seeds from the ancient plants germinated with 100 percent success, compared with 90 percent for seeds from living campions.

The Russian team says it obtained a radiocarbon date of 31,800 years from seeds attached to the same placenta from which the living plants were propagated.

The researchers suggest that special circumstances may have contributed to the remarkable longevity of the campion plant cells. Squirrels construct their larders next to permafrost to keep seeds cool during the arctic summers, so the fruits would have been chilled from the start. The fruit’s placenta contains high levels of sucrose and phenols, which are good antifreeze agents.

Researchers are looking to sequence the DNA of plants grown from 32,000-year-old seeds. 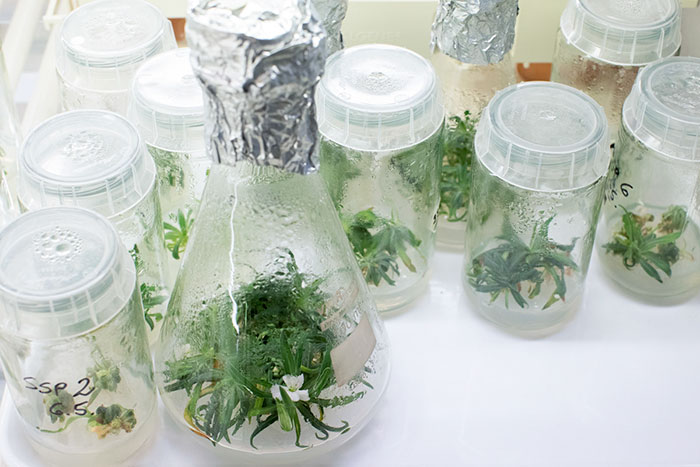 Five years after first finding the seeds, scientists were able to extract tissue from immature fruit and grow a Silene stenophylla. The resulting plants bloomed flowers and were fertile, according to a study published by the researchers. Interestingly, these ancient plants looked strikingly similar to the modern version that still grows in Siberia today.

Now, researchers in Austria are taking things a step further by investigating the DNA of these prehistoric plants. They’re looking to map the genomes of the plants and sequence their DNA to see just how the plants were able to survive. As the Russian permafrost is now thawing, they’re also able to investigate the environment further to see what factors helped the seeds stay viable.

Specifically, they’re looking for adaptations to very hot, dry, or wet conditions that might help them see how other plants could protect themselves against climate change. “I think mankind needs to be thankful for every piece of knowledge that we are able to create to protect our croplands,” says Professor Margit Laimer, a plant biotechnologist at the University of Natural Resources and Life Sciences in Vienna. 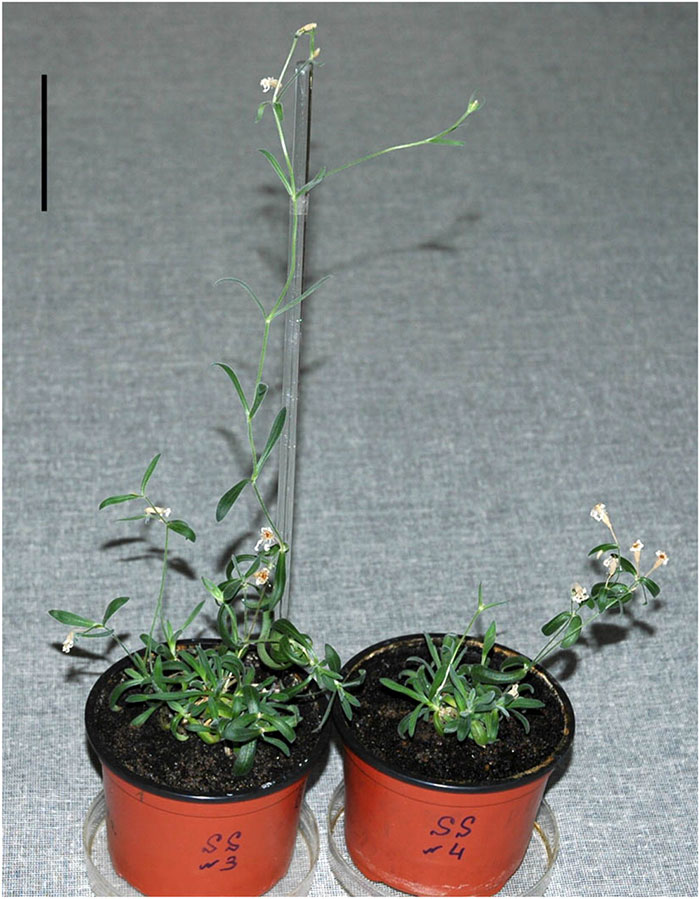 “I can’t see any intrinsic fault in the article,” said botanist Peter Raven, President Emeritus of the Missouri Botanical Garden, who was not involved in the study. “Though it’s such an extraordinary report that of course, you’d want to repeat it.”

Raven is also head of National Geographic’s Committee for Research and Exploration.

The new study suggests that permafrost could be a “depository for an ancient gene pool,” a place where any number of now-extinct species could be found and resurrected, experts say.

“Certainly some of the plants that were cultivated in ancient times and have gone extinct or other plants once important to ecosystems which have disappeared would be very useful today if they could be brought back,” said Elaine Solowey, a botanist at the Arava Institute for Environmental Studies in Israel.

Regenerated-seed study published this week in the Proceedings of the National Academy of Sciences. 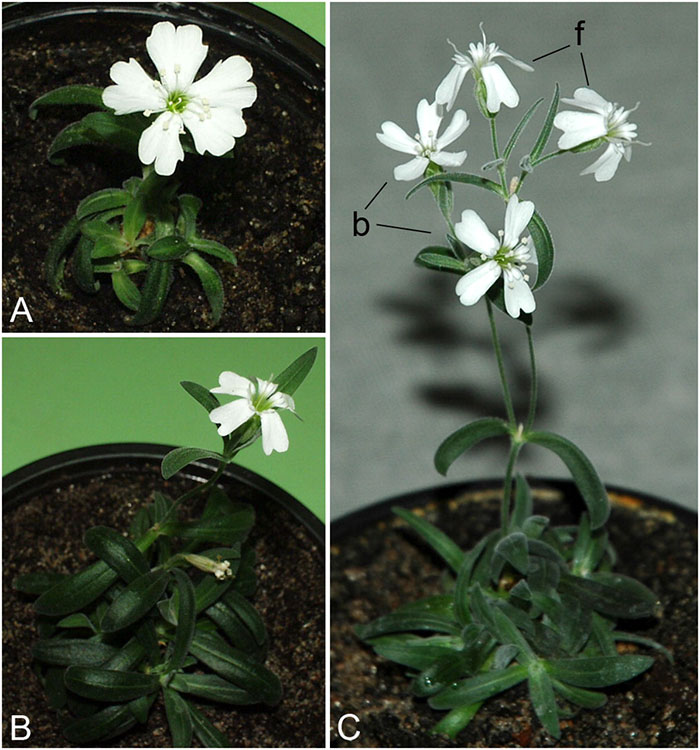 Many found this whole situation fascinating:

Some seemed a bit spooked:

'Pristine’ 400-Year-Old Warship Was Lifted From The Icy Baltic Sea Previous post
Coincidences at Museums: Photographer Waits For Hours To Capture Museumgoers Who Accidentally Match The Artwork Next post