Cyclist Snaps An Epic Photo With A Quokka, Which Won’t Leave His Side After

Australia – home of animals you never even knew existed. But here’s one that should be on your radar. The quokka. Or as Australians call it – the world’s happiest animal.

Cyclist Campbell Jones justified his purchase of a GoPro a thousand times over this week when he captured what’s likely the best photo of the world’s friendliest marsupial.

Jones was riding his bike around Western Australia’s Rottnest Island when he spotted a cat-sized creature known as a quokka, a marsupial native to the 12-square-mile island. Quokkas are legendary for their comfort around humans, but the photos Jones snapped raise that reputation to cartoonish new levels of camera-friendly cuteness.

The 21-year-old Australian snapped a pic with the Quokka and thought the interaction was one and done. 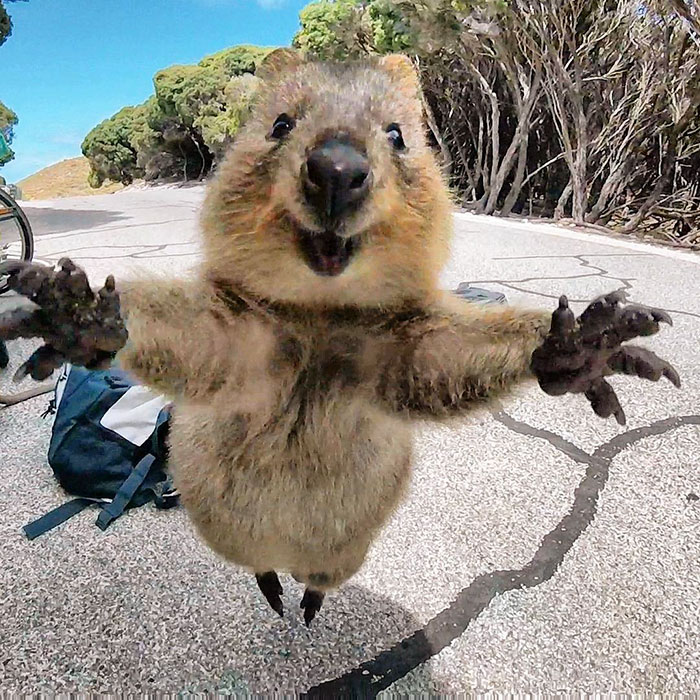 “[But] as I walked back to my bike, the quokka chased after me,” Jones said to the West Australian. “I put down the GoPro and it jumped at me as if to say, ‘Come back.'”

The two proceeded to interact for some time. The internet is freaking out at the amount of cuteness these pictures have captured. This isn’t the first time a cute Quokka image has been captured. Quokka selfies are quite common in Australia and the mammal is notorious for having a great smile and being up for a selfie.

The Quokka is listed as vulnerable on the IUCN red list due to habitat loss and predators. The population on Rottnest Island is between 4,000-8,000. The Island was named after the mammal in 1696.

“As I walked back to my bike, the quokka chased after me” 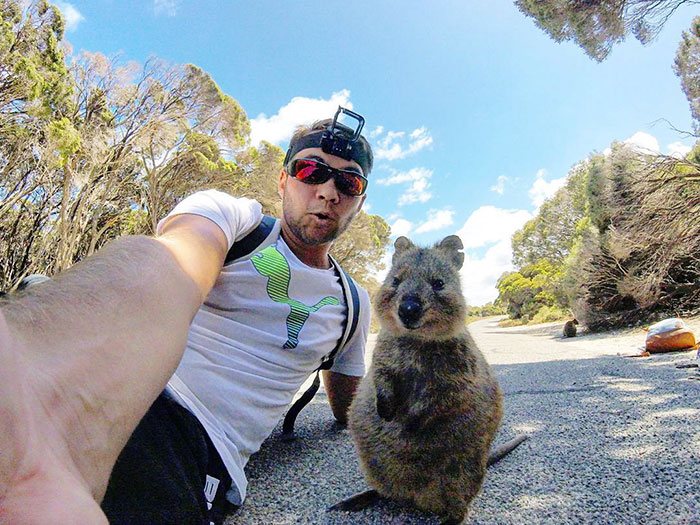 Mr Jones explained the quokka had chased after him as he returned to his bicycle at Rottnest Island and leapt at him “as if to say ‘come back’” — a moment he captured on his GoPro.

Since then, Mr Jones said the reaction to the photograph “went mental” and he has made television appearances and had stories written on the snap in 15 different languages.

While fielding calls about the picture all week, he sold the copyright to Rottnest Fast Ferries.

“I put down the GoPro and it jumped at me as if to say, ‘Come back’” 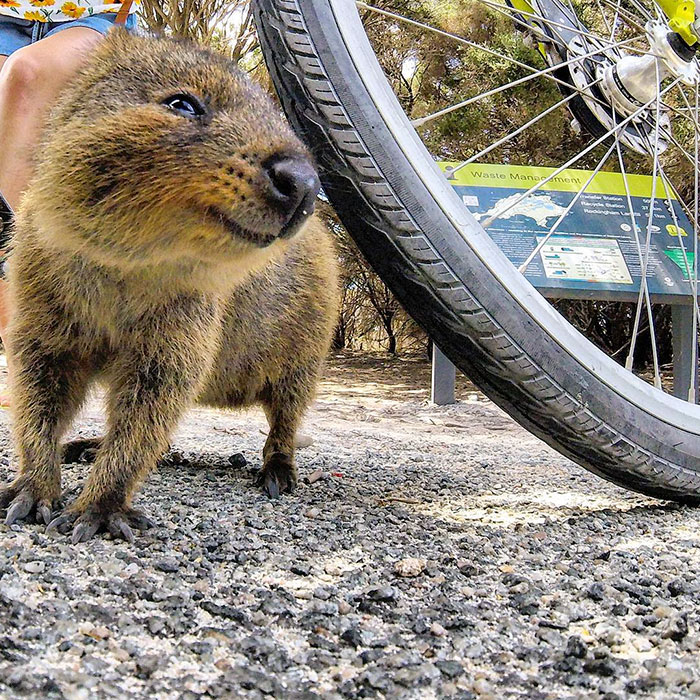 A Rottnest Fast Ferries spokeswoman said the “happy” quokka would be the company’s new mascot to promote Rottnest Island.

“The image has been picked up around the world and the overall response is that this image brings huge amounts of joy and positivity from everyone who it is shared with,” she said.

She said the quokka selfie trend captured the attention of people who may have otherwise overlooked Perth.

Quokka saw the man, and it was love at first sight! 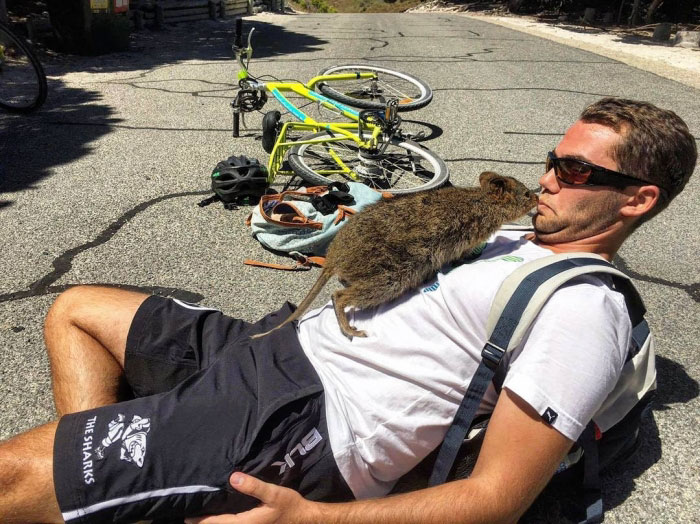 PLEASE GOOGLE QUOKKA AND CRY WITH ME I LOVE AUSTRALIAN ANIMALS

@MyDaughtersArmy Quokka? Didn’t even know it existed, but now I must have one!

Of course, they are wild animals at the end of the day, so people are often warned against touching, feeding, or harming them.

But, as these pictures prove, quokkas are so friendly, they don’t even need to be approached or encouraged with food. Just let them come to you.