Art has been present since the dawn of time. Prehistoric cave painting are found in grottos and on cliffs around the world. It is a very significant tool of remembering the past. However, sculpture is not something that has been very common back then, especially when we talk about the prehistoric art. But a new found has fascinated the archeologists. A system of three large caves, found in southwest France, close to the River Volp has presented some of the finest examples of Paleolithic art in Europe. Among the wonders of the cave, is a small sculpture of two bison sculpted in clay. This piece of art is presumed to date back to about 13,000 BCE and offers a mysterious clue to scholars interested in early Magdalenian culture. 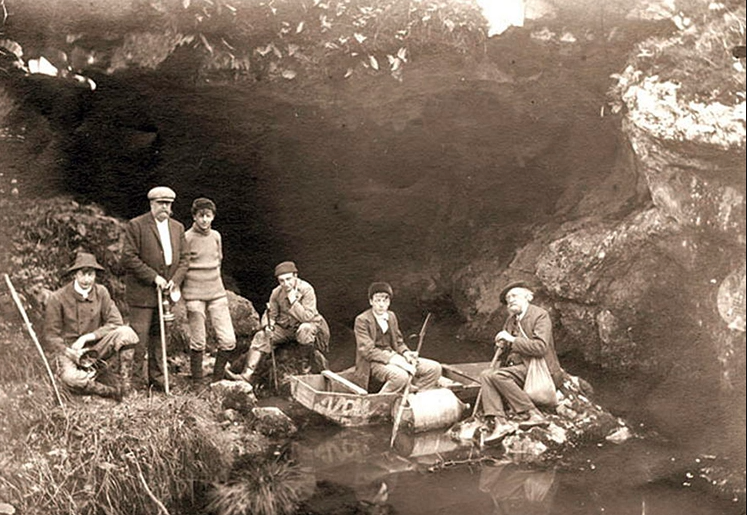 Henri Breuil, Émile Cartailhac, and Henri Bégouën and his sons in front of the entrance to the Cave of Tuc d’Audoubert in July 1912. (Photo: Wikimedia Commons [Public domain])

The cave was first explored in 1912 by Henri Bégouën and his three teenage sons. The system of caverns is technically three separate caves, only two of which are connected. They were called Trois-Frères (three brothers), Enlène, and Tuc d’Audoubert, the three caves contain three levels. Their walls were engraved and painted with paleolithic art.

Careful exploration of the caves turned up hundreds of examples of artwork by the Stone Age Magdalenian peoples. These ancient humans were known to hunt reindeer, horses, and other big game during the waning of the Ice Age. Their ancient living and ritual sites have been found in France and Spain and include cave art, engraved bones, and other artifacts.

The discoveries at the three caves added to the repertoire of ancient art attributed to the culture. Along with the images of familiar animals that were engraved in the walls of the caves, there are still some figures that remain mysterious. The most famous example is the painting of an animal hybrid walking upright with horns. The sketch recorded by Henri Breuil appears to be a man-animal mystical figure,  but its symbol it’s still unknown. 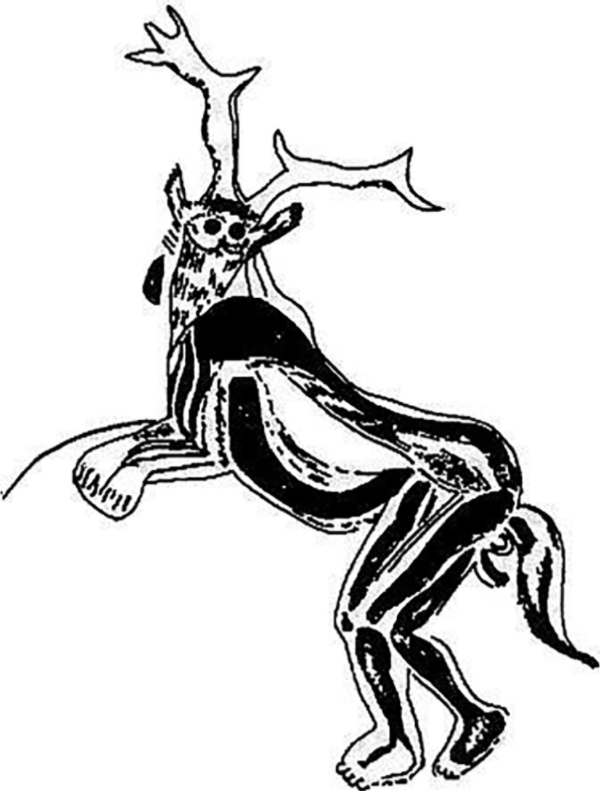 A cave painting inside the Cave of the Trois-Frères (Three Brothers), originally dubbed “the Sorcerer.” The above drawing is based on the original sketches of Henri Breuil. (Photo: Wikimedia Commons [Public domain])

The most exciting discovery for sure it’s known as the Room of the Bison, where the bison sculpture was found. . The work is only about 18 inches tall but remarkable for the detail with which it depicts a male and female bison who appear to be close to mating. Their very realistic appearance was created using a combination of hand and tool. The clay used was clearly carved from the wall of an adjoining cavern.

Despite the almost 15,000 years which have passed since its creation, the sculpture is still in generally good condition. The beauty of his prehistoric bison statue is undeniable, but its meaning and importance to the original inhabitants of the caves are still quite gloomy. It is suspected that the statue had a ritualistic purpose.

As mysterious as these caves are stretched between thousands of years ago until modern times, they still remain an object of fascination, investigation, and speculation. 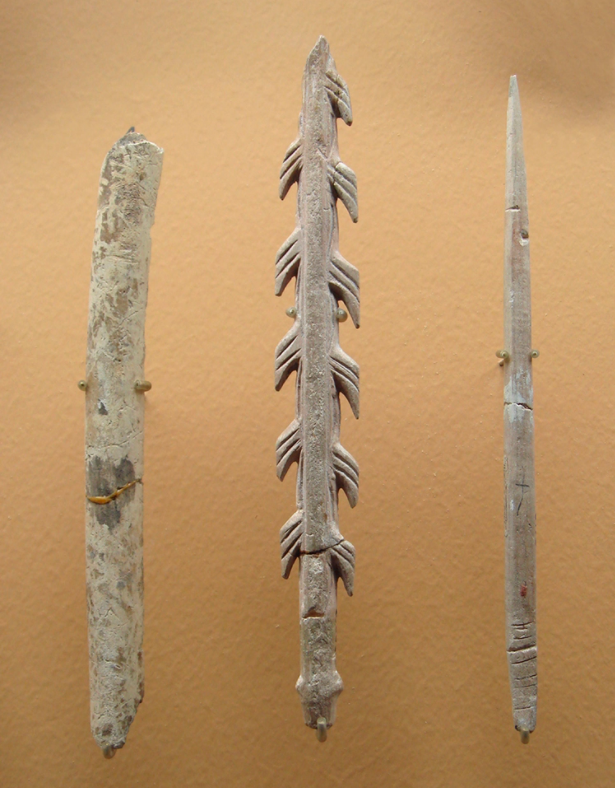